Citizen
America: where SCHOOL SHOOTINGS are more acceptable than masks. 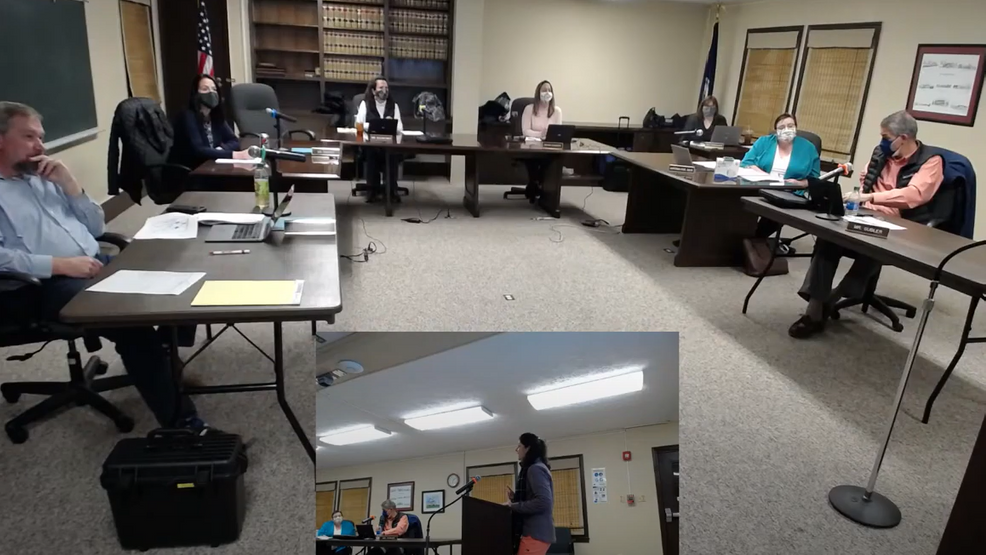 Page County Public Schools in Luray, Virginia will increase police presence at schools Monday after a mother made a perceived threat during a school board meeting Thursday night. Amelia King was upset about the school mask mandate and said her children would not be wearing masks on Monday and...

Citizen
To be fair, what Ms. King said was found to be very unacceptable and she was charged accordingly.

However, this does not address the systemic problem that exists when somebody asks you to do something you may or may not find mildly inconvenient and your response is to threaten violence with "every single gun loaded and ready."

If shooting up a school is your knee-jerk response to being asked to wear a mask for the sake of others it's time to re-evaluate your values.

I like how Ms. King tried to blame everyone else for misunderstanding "the statement was not intended the way it was perceived."

It was satire, or irony, or something.

Citizen
I am glad that my last name at least corresponds with one somewhat decent person *right now* Stephen King...


Because with all the other horrendous Kings in the news.. I hate the name. x.x;
N

Citizen
Things that piss me off about how Germany is handling things right now:

There have been some recent changes in the official policies regarding vaccinations and recoveries. People who have recovered from a Covid infection no longer count as "recovered" for six months; that period has been shortened to a mere three months. Also, while previously, people whose first vaccination shot was with the Johnson & Johnson vaccine only needed one shot to qualify as "fully vaccinated", and a second dose with whichever vaccine counted as the booster shot, these people now also require a second dose to count as "fully vaccinated", which means the booster shot I got in November was no longer my booster shot, but merely my second dose, and I need yet another shot at some point in the future.

I completely understand that sometimes, regulations have to be changed in light of new medical discoveries or the results of long-term studies.

I am still bothered by the way this was implemented, with no warning whatsoever, and especially the way it was communicated, which was basically Hitchhiker's Guide to the Galaxy-style. "There was plenty of time for you to find out in advance, had you only bothered to look up this very particular document in this very particular location which nobody was told about!" Even the media only caught on to it after the new regulations had already been in place.

This is the kind of incompetent and intransparent nonsense that will drive a person that is mostly on board with the overall measures to contain the spread of the pandemic to overthink their position, get frustrated and feel punished for trying to do the right thing.

And I can't even blame Merkel any longer.

Citizen
I can relate to that frustration.

Last year I finally received my first vaccination dose on the 7th of October. The medical advice being followed by my local GP was to allow seven weeks between first and second doses, so my second dose was booked for the 25th of November.

By order of the state of Victoria, anybody who had not received their first shot by the 8th of October would not be permitted to work at their place of employment. They would have to make arrangements with their employer until they could prove themselves to have been vaccinated.

It was clearly and publicly stated that the same type of deadline would apply to people who had not received their second dose by the 26th of November. Additionally, those considered "unvaccinated" by only having one shot by November 26th would not be welcome in any retail, restaurant or otherwise public setting.

I thought this would be no problem, as I had already met the qualification by receiving my first shot and I already had my second shot allocated. I would be considered fully vaccinated by each key date.
The only way I could miss out is if I failed to attend my vaccination appointment.

Frustratingly, due to the state getting overly enthusiastic over the sudden upswing of individuals getting their first shot and pushing for a second shot only a month later, it was announced out of nowhere that the deadline would be moved forward by a week.

Between the dates of November 19th and November 26th I was legally considered unvaccinated and could not participate in the reopening of society until after I had received my second dose and the government app on my phone was updated to reflect my status.

It is currently recommended that one get a booster three months after their second shot, which would make me eligible sometime in late February.
Honestly, I am in no rush to get the booster any earlier than is recommended because of how sick the vaccine makes me, but, y'know, that's a "me" problem.

I have every expectation that the state will mandate that everyone will need to have received their first booster by some arbitrary date and that my "fully vaccinated" status will be at risk of being revoked should that date be set earlier than late February.

"Beware of the leopard", indeed. 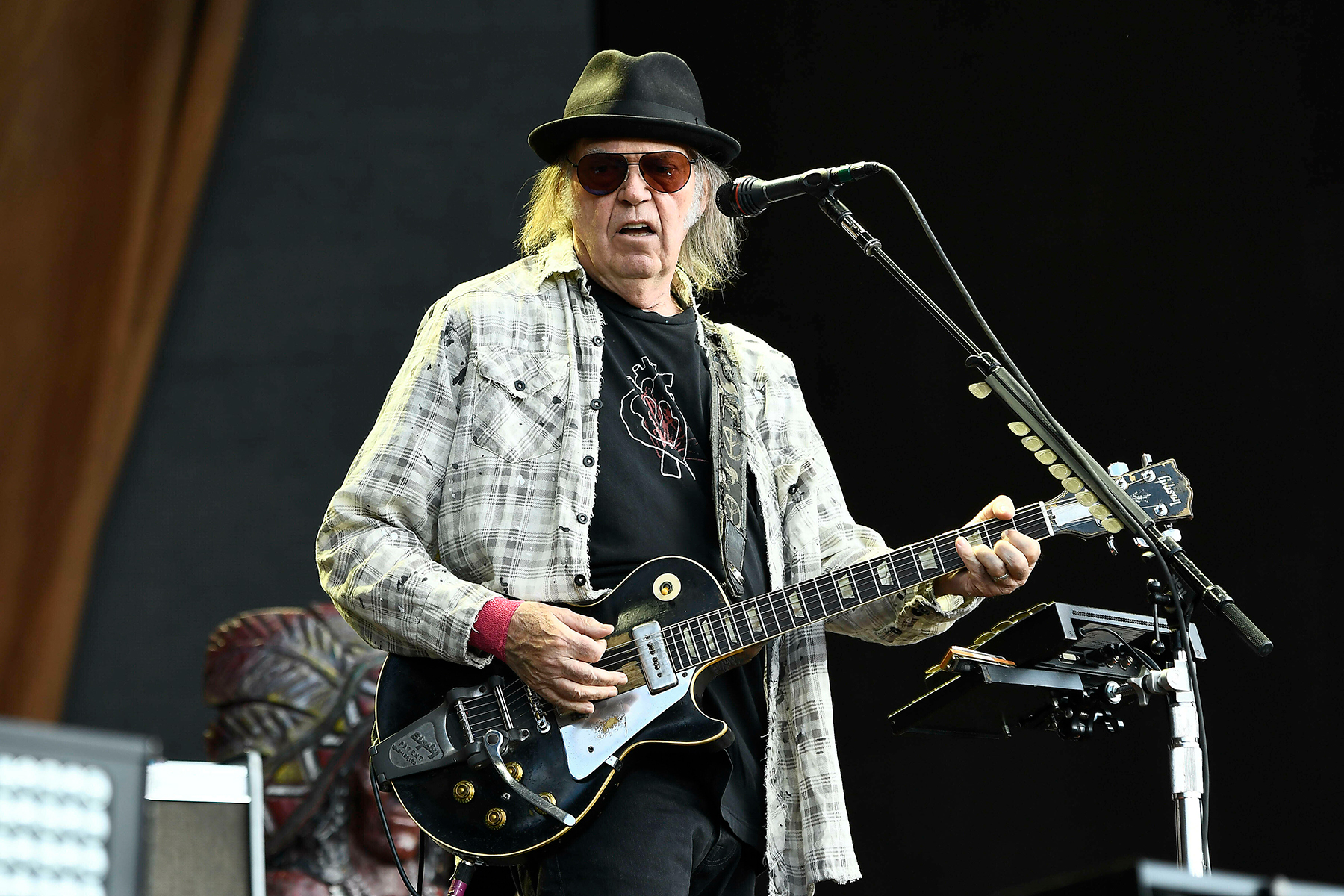 “They can have [Joe] Rogan or Young,” Neil Young wrote in a letter to his manager and label. “Not both” 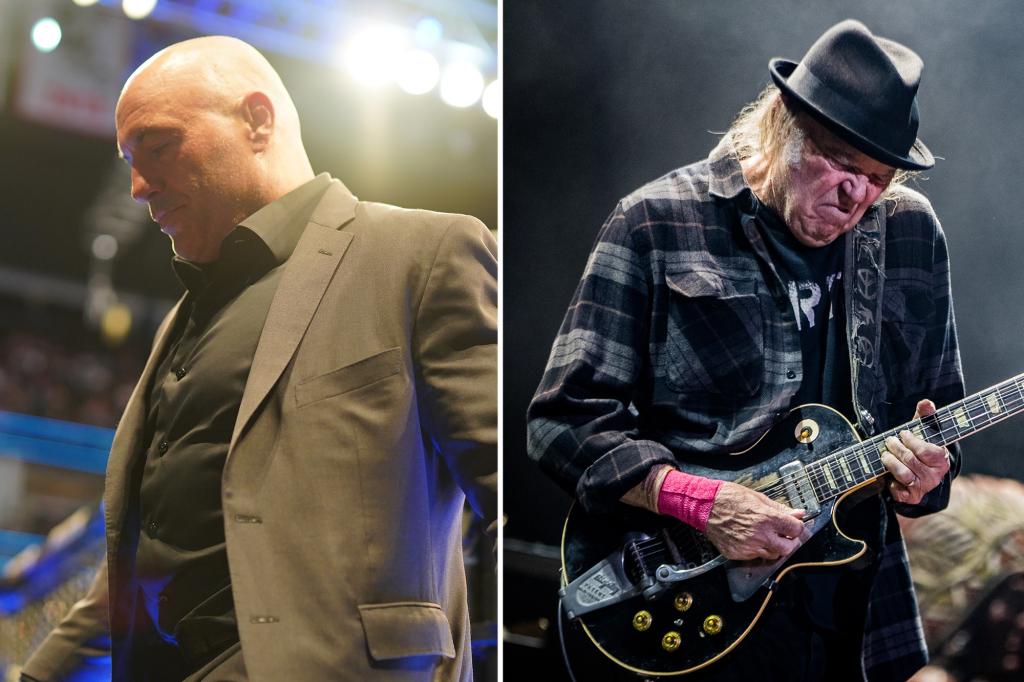 Young will lose 60% of his streaming income from his defiant stance.

Citizen
And David Draiman, a very angry man at times, also sides with Spotify on this issue. While I do understand what Free Speech is, he's on the wrong side of this issue.

Citizen
Neil Young is a mob?

abates said:
Neil Young is a mob?
Click to expand...

He's got all of Crazy Horse behind him!

This is such a stupid word salad that I went cross-eyed trying to read it. I think my eyes are trying to protect my brain from having to process it.

Related news! McGill and Concordia universities are facing demands from their staff and students about in person learning. They want more access to online resources, and professors are demanding more flexibility in creating and using online resources. Teacher and students alike feel that despite the slow wane of the omicron wave: it's not necessarily safe to return to in person learning just yet, and consequently pushing for more long term, viable options.

Universite de montreal, however, is dealing with endless complaints from the teachers that the masks are irritating, and is allowing them to eschew use all together.

This is what happens when you politicize the curriculums.
T

The Mighty Mollusk said:
This is such a stupid word salad that I went cross-eyed trying to read it. I think my eyes are trying to protect my brain from having to process it.
Click to expand...

I clicked "Play". Why did I click Play? Further, why is there now blood leaking from my ears.... and my nose..?

Does anyone else smell purple waffles?

Staff member
Council of Elders
Citizen
Never, ever click play. Just wait for someone else to watch it and describe it for you. Speaking of once your brain stops bleeding fill us in! Heh.
T

Wheelimus said:
Never, ever click play. Just wait for someone else to watch it and describe it for you. Speaking of once your brain stops bleeding fill us in! Heh.
Click to expand...

She said the things, and the hurting started.
She stopped talking, but the hurting didn't.
Now that it's been a while, the hurting is going away....

THAT joke aside, TMM hit it on the head that it's just a word salad. It's like George Carlin's "Advertising" bit (just MUCH less funny): just a string of words, that bear some semblance of relation to each other, fired off in rapid succession.

Limited time only, though, so act now, order today, send no money
Offer good while supplies last, two to a customer, each item sold separately
Batteries not included, mileage may vary, all sales are final
Allow six weeks for delivery, some items not available
Some assembly required, some restrictions may apply
Click to expand...

Her actual verbiage is a follows:

…and I want people to remember this term, because you’re going to hear a lot of it in the next year:

…because that’s when from a physics perspective, what happens when you take that shot in, there’s all this entangling that’s going on, and with the artificial intelligence hooking you up to the Google Credit Scores, and all the of the…all of the… the de-matrix and all those things. It’s happening in people that are(sic) already been injected.

So what you need to do is really understand what THEIR end game is, and block it, and repent, and stand that trust and truth and lead into the Lord. And then that is your salvation is to get that back into your body
Click to expand...

I done listened to her several times, I wrote it out, and it STILL doesn't make a lick of sense...

Citizen
Y'know, I don't drink, but I think I need a drink now.

Citizen
Didn't we used to put people like this in asylums?

Citizen
We should definitely classify whatever makes people capable of listening to that and believing they heard something intelligible as a mental disorder, at minimum.

As for the one who said it, I'm pretty sure what she has already has been.
N

Citizen
Anti-vaxxers and anti-maskers in Germany are trying to circumvent regulations for announcing rallies and requiring an official approval by refusing to call them "rallies", instead declaring them "strolls". Yes, hundreds of people just happen to gather for a stroll with protest signs. It's also an attempt to not be held accountable for participants not following guidelines for public gatherings, since there's no official organizer, and it's allegedly just people deciding to join on a whim.

Citizen
Anyone hear anything from Rhinox lately? He hasn't been around for 2 weeks. He mentioned he and his wife tested positive for covid, so the inactivity is worrisome.