Citizen
Everyone stop what you're doing! It's Pony time now! 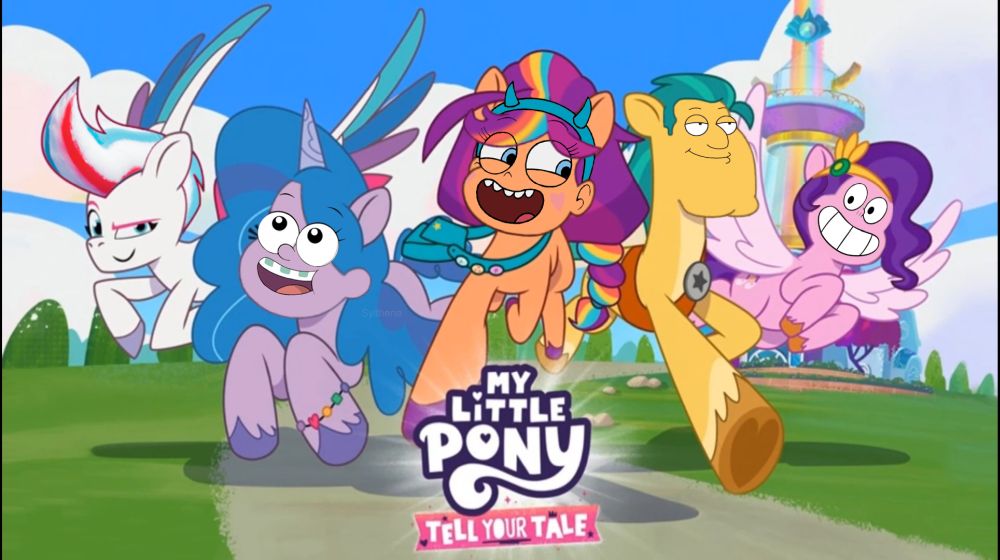 Staff member
Council of Elders
Citizen
Beanmouth is a mistake that should be corrected out of all historical record so future generations can never find out it happened.
Z

Citizen
Random thoughts on all the episodes below.

A Home to Share:
Oh...they started with a episode where everyone's worst qualities are amped up to 15. That's...a choice.

The Crystal Brighthouse is neat...but where did it come from? And is the rainbow it constantly spews out just for looks, or is that literally the magic for all of Equestria spreading out?

The Breakfast butler bot WILL gain sentience and rise against them. It is foretold.

Pipp: "Big DMs for such a tiny, little price"-...I wonder if they know about the "Pipp is short" memes?

Well, they're going to be eating glitter for the rest of their lives. They'll never get it all out. NEVER.

Pipp having a million pictures of herself is fairly on brand.

At least Sunny still has the one picture of her dad left from her old house....

I wonder what Zipp's VR goggle-looking things are in the credits? Or are they just the toy's glasses?

Zipp's Flight School:
Pipp wanting to make her sister a social media star like her is kind of cute. "Zipsters" might catch on.

So, what's everyone's vote, is Fifi a descendant of Derpy?

In this world, a fear of daisies could be entirely justified...especially if they really do have faces (not sure if that's just a metaphor or not).

Queen Mom: "Don't Give UP!"-...That's actually a terrible thing to do to a child. She KNOWS that lil Zipp can't fly. No pegasus can fly, since the magic is gone. Why would you do that to your kid?!

Sisters Take Flight:
Zipp: "Hurry up Pipp, Mom wants to say a LITTLE goodbye"-...Yeah they know about the memes.

...They really are setting up that Izzy led a very sad life before meeting everyone else, huh?

They're setting something up with these glowing cutie marks.

Nightmare Roommate:
Oof...I was kind of dreading this one. That ear-cleaning scene *shudders*

All the girls sleep in the same room...let the fanfics commence.

So, does Hitch have a room in this lighthouse, or is it just the girls? Does he sleep at the police station?

This is the most pleasant jail I've ever seen. *I* want to stay there.

The ending just BARELY squeaks by a passable for me, since it's kind of sweet. But, yeah this was a character assassination for Izzy.

So, for me, I'd say Nightmare Roommate was the worst. And...I'll say Zipp's Flight School is the best. I'd probably say this is better than Pony Life. But, that might be because we haven't really gotten to know these character yet. You can't flanderize someone if you don't flesh them out in the first place *taps noggin*.
Last edited: Apr 7, 2022

Citizen
To me the delivery pegasus looks like a reinterpretation of G3 Moondancer. (The blue earth pony, not the unicorn.) Her colors are spot on and her symbol is very similar. In the credits she's just "fruit delivery pony" so she might not be Fifi, she might just work for her. (Strangely, Thunder is listed in the credits but Zoom isn't.)

Zipp's Flight School was my favorite of these, really well done and also illustrates how Zipp isn't just "Rainbow Dash 2.0". Yeah she loves to fly, but she's introverted and doesn't want a fan club, acclaim, etc. Being the future queen is probably enough pressure.

Oh, and I continue to like Queen Haven. I like that she's not evil, she genuinely loves her daughters, but she still misunderstands them and creates problems for them . . . Also she's just a lot of fun since she's so dramatic.

I don't know if this was purposeful, but Windy's fear of daisies reminded me of Flowy in Undertale.

I didn't really watch Pony Life (saw one episode) but I like the art in this soooo much better. Tbh I had pretty low expectations for Tell Your Tale but I ended up enjoying the first episodes quite a lot.

ZakuConvoy said:
Random thoughts on all the episodes below.

The ending just BARELY squeaks by a passable for me, since it's kind of sweet. But, yeah this was a character assassination for Izzy.
Click to expand...

It's not quite character assassination for me, VERY close, but I feel the ending just barely saves it. I can see her possibly, for this episode, trying way too hard which basically put her on Pinkie Pie levels of annoying. It would fit the the 'sad life' backstory that she's basically putting in 1010% because she doesn't want to lose these new friends. If future episodes have her more mellow than this, I can forgive this episode's characterization for plot/character growth reasons.
E

Although, c'mon, using someone else's phone with peanut buttery hooves and throwing cereal boxes on the floor is not "trying to fit in". And...I'm annoyed at her not recognizing what a toothbrush is, but it's possible she's never seen a electric toothbrush before since Earth Ponies are so much more advanced than the Unicorns...so plausible deniability there, I guess.

But...I'm halfway expecting Izzy to act more like this in future episodes of this version of the series. I'm betting the writers for the comedy show will probably err on the side of wacky hyperactivity.

Who knows about the CG show. I think that's still this voice actress, right? It's so weird to me that Hasbro's trying to get 2 shows going right out of the gate. And they START with the wacky comedy show.
Last edited: Apr 11, 2022

Citizen
Posey? That was unexpected. I'm kind of with her, though, that hairdo wouldn't be my first choice, either.

I'm not sure I really saw Pipp as the one to start a physical business like Rarity. I wonder if this will last beyond this short?

Izzy's new hairstyle got a chuckle out of me.

And the ending's kind of cute, too. I kind of like the magic(?) hairstyle mirror.

This is probably one of the better ones.

Staff member
Council of Elders
Citizen
I want to believe. It usually takes cartoons a while to get going, and this short format doesn't help the creators gain experience as much as 22 minute episodes. Maybe they'll get there. It's not phoned in, just unambitious.

Citizen
The mane salon is a playset (combo kareoke and hair style salon) so I definitely think it will be back. Seeing it so heavily featured convinced me further that the purpose of the webisodes is to replace traditional commercials, since a lot of kids are more into the internet than TV.

Anyway, I liked the scene with Zipp boosting Pipp's confidence in the alley, that was very cute. Also great voice acting chops from Pipp's VA.

Staff member
Council of Elders
Citizen
Pipp and Zipp have been the unexpected stars of the series so far. I do like that. I like Izzy as much as everyone else but I'm glad this isn't just the Izzy show. Our the Sunny show. G4 had a bad habit of becoming the Twilight show and it seems like they're trying not to do that again, at least so far.

Staff member
Council of Elders
Citizen
This may actually be getting better. The art is still holding it back but that wasn't bad.

Citizen
Yeah, thats what I was thinking after watching it. This and Mane Melody were both realy damn good for short episodes. If they continue to improve or even stay at this level of enjoyable; this will be a fun series.

Staff member
Council of Elders
Citizen
It feels like they're trying, and that counts for something. You can tell when a project has lost all enthusiasm, and this isn't that. It's forced by the format to be unambitious, but it's not less ambitious than it can be. It is what it is but they want it to be a good what it is.
Z

Citizen
And now I want a toy of Box-Izzy.

But...I'm going to go out on a limb and say that "dancing" is not this art-style's strong suit.

And...Posey is SAVAGE. It's weird having not-Fluttershy talk like this.

I wonder if we'll see the story of them getting lost in the woods in Make Your Mark. What were they doing in the woods, anyway?

Citizen
Yes, hello, I'm just going to pat myself on the back for correctly guessing that the purple baby pony was Seashell when I saw her in a crowd scene in "Sisters Take Flight." 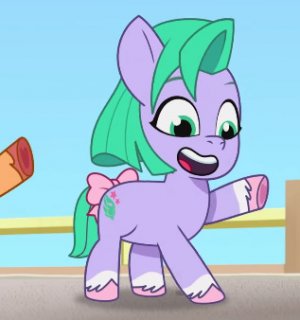 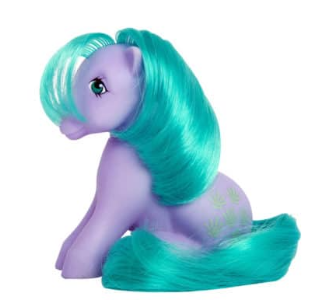