The big "kids push" for Marvel this year is a revision to Mech Strike, featuring monster armor. I'm still kid enough at heart to dig the idea, but after last year's handling by Hasbro, I just can't bring myself to get that excited for this stuff.

Citizen
Grabbed Shocker and Ben Reilly from my local Wal-Mart the other day. Saw a lone Doctor Strange: Multiverse of Madness figure on the pegs, but someone must have beaten me to the other figures from that wave. Didn't realize they were already shipping!

Last night, the Dubuque Target has at least six America Chavez figures. (I say "at least" because I stopped counting at six. Did Hasbro ship a box with eight copies of one figure?)

Citizen
Ya just saw the Strange wave at Walmart two days ago alongside the first full time I saw the No Way Home wave. Really no desire for that wave for me currently. I've only dipped my toes a few times into the MCU Legends rabbit hole with Endgame battle Cap and the Disney + wave. Really like Sam's Cap look and Wanda going full Scarlet Witch. I've only grabbed Gamerverse Miles and Morlun out of the Spidey wave. I have a slight temptation to grab the Armadillo pieces, but I've never really cared for the character and don't feel like tacking them down or buying the rest of the wave.

electricidad said:
Grabbed Shocker and Ben Reilly from my local Wal-Mart the other day. Saw a lone Doctor Strange: Multiverse of Madness figure on the pegs, but someone must have beaten me to the other figures from that wave. Didn't realize they were already shipping!

Last night, the Dubuque Target has at least six America Chavez figures. (I say "at least" because I stopped counting at six. Did Hasbro ship a box with eight copies of one figure?)
Click to expand...

I noticed that the Marvel Legends figures started to ship in solid waves of one figure rather than an assortment. Seems that this is the case for Target at times but not Walmart. I know Walmart got the full assortment of AoA figures but Target was getting case of individual figures (here they got a lot of Cyclops and Rogue). This is also why they shipped Legion out long before the other figures. Seems the MoM wave is like this too, with America Chavez being the first to hit.
S

Citizen
Sounds to me more like an issue with Target’s internal distribution, more than anything. Hasbro’s been doing the “solid figure cases” for years now for online/fan channel venues. I’m suspecting what’s happening is that Target’s not allocating things properly, sending the solid cases to stores when they should be going to their online fulfillment centers instead.

Probably the same thing is happening with Walmart.

Citizen
Ya I don't think it's an overall thing. There are the few exclusives that obviously get case packed. But I haven't seen solid case worth's of anything in a wave like that around here. Only one I think may have been like that around here lately would be the FF Retro Thing which makes sense to me since he is bigger than the rest of the wave. But that's only due to never seeing him and his wave mates at the same time.

Citizen
I went to three different Targets over the last week. All three had 5+ America Chavez figures and no one else from MoM. Definitely getting solid cases.

Citizen
That or no one wants a teenage girl action figure.

Daith said:
That or no one wants a teenage girl action figure.
Click to expand...

My only issue with that scenario--as someone who is also seeing a ton of Americas at every Target--is that I'm not also seeing the odd Astral Doctor Strange here and there. Who's snapping up all the Astral Stranges just for the sake of having an Astral Strange, as opposed to building the BAF?

More Spider-Man No Way Home is planned but nothing to announce yet.

Next Oversized Retro Carded Spidey figure is a new Rhino (more classic look with no shoulderpads and better looking head sculpts) Preorder tomorrow at one eastern on Fan Channel outlets.

The next D+ wave that Hawkeye and Kate come in to have a "What If?" Infinity Ultron BaF
Teased some Moon Knight figures near the end of the stream but no looks at them.

BaF is The Controller..... Not familiar with the guy but he's an easy Classic Thanos retool by the look of it.
Wave goes up for preorder tomorrow at 1pm eastern again.

In hand look at the Haslab Galactus being very leg ratchety to avail the Sentinel leg worry. Lil bit of showing off the electric glow

last tease was a chemical flask with an orange liquid inside.

Overall the only concern for me is getting Rhino tomorrow. The Thor looks cool but not really one I need.

Daith said:
That or no one wants a teenage girl action figure.
Click to expand...

She's honestly the most interesting figure in that wave to me. Beyond maybe Wong.
S

Daith said:
BaF is The Controller..... Not familiar with the guy but he's an easy Classic Thanos retool by the look of it.
Click to expand...

Old school Iron Man villain. Always nice to see Hasbro dig into the well for these sorts of older era villains that don't see much use anymore.

Also my local Walmart now has the entire Multiverse of Madness wave. I snapped up D'Spayre and Sleepwalker. Maybe the rest will still be there Saturday??

https://twitter.com/i/web/status/1504252066553896964
Not hot on getting Silk again although it's on the updated female body sculpt. No Bendy wires in Ocks tentacles either. Still waiting on a Doc Ock with either his armored cartoon look or the White suit from the comics.

Citizen
Ah, hadn't realized it was a two pack. Not sure if I'll get it now. 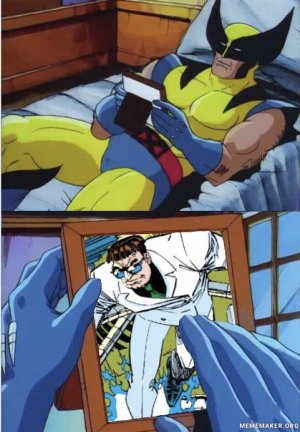 Citizen
I don't tend to go in for custom head sculpts, but I'd jump on a cigarette-smoking head to go with a white-suited Ock.

Citizen
Already sold out by the time I thought to order.

Citizen
Finally ordered Sleepwalker. he's the only one of the wave I havnt seen in stores and I've had him sitting in my amazon cart for a couple weeks.

-ZacWilliam, I'd love Rintrah but not enough to buy the whole wave. 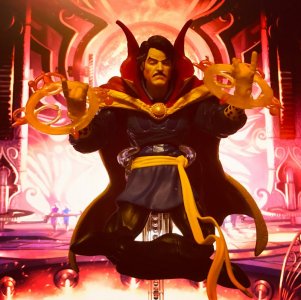