Citizen
Saw Amphibia 307. I love the robot arm and Robert's busybody-ness (I might not like them in real life but he just wants to do good. Plus he's a grandpa on roller blades. He's hip.) so I think he got the raw end of the deal. (The arm is Bionic Commando ish, sorta, which I love).

Other than that ep of Symbionic Titan where the guy stops doing vigilante work, I've never seen another ep of a show say that doing superhero work is bad. Sprig was after the attention, yes, but he was doing good too. But he's still considered selfish? It confuses me.

Yunan has her weapons and gear. Olivia should have the ability to pull anything related to hospitality out of nowhere. Like, hot tea and cups forever.

There should be more of a fuss about Marcy being alive. Like, that's a sword through the body and they can fix it? (With Mossman and Shadow Fish).

I'm disappointed that the Core was mechanical. I thought it would be a creepy Cthulhu insect. And it is used technology to enslave Marcy. It would have been far creepier if it was organics. Like, imagine red glowing bugs or caterpillars or slugs wiggling into Marcy. More gross than binary code.

Citizen
Oh, from the Mr X ep. Sonic is hilarious! But their MCU Spider-Man parody could have been humanoid. 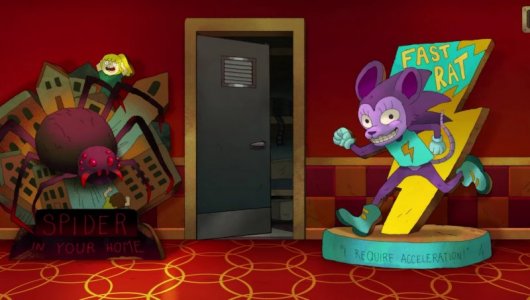 Citizen
Oh, Spider In Your Home isn't a superhero movie, it's horror.

Citizen
So Thailog went up for Pre order online. And he’s going for a bit more than Goliath did. But he’s got an opening briefcase compared to the static open book, and a gun with a blast effect compared to a jalapeño pepper.

Daith said:
So Thailog went up for Pre order online. And he’s going for a bit more than Goliath did. But he’s got an opening briefcase compared to the static open book, and a gun with a blast effect compared to a jalapeño pepper.
Click to expand...

But does he come with his armor?

Citizen
Nope. He has an evil-smirk head tho.

Autobubbs said:
But does he come with his armor?
Click to expand...

It’s why it’s a pass for me. I want him in the armor and with a big blaster rifle, not a dinky pistol.
Z

Citizen
Are you ready for a incredible nearly 2-hour long documentary...about lines in theme parks?

Seriously, this is surprisingly engaging. DO NOT click my spoilers if you haven't watched it yet, there are actually some twists and turns in this one.


I'll admit, "Shapeland...is actually Animal Kingdom" got me. The music, my goodness.

And, The Dillons. Got to love when people can poke fun at themselves.

I'm seriously impressed that he actually created a actual computer model to compare the three different systems. Although...I'm not sure if it drove him insane or not. And the little animated manager dots...good stuff. It's so nerdy, I love it.
Last edited: Nov 21, 2021

Citizen
Saw the acting and portal Amphibia episode. I love that Hop Pop has a passion for acting and I'm happy to see Mr X back but I wasn't feeling this one. Same with the portal ep too. They probably should get back to Amphibia soon.

Citizen
Saw the Amphibia Christmas special. It was ok. Could have been wilder. Could have used Frobo there at the end. I kinda like Andrias being happy with his present so, I dunno, I thought it would have been the usual no fighting on Christmas but the giant Mecha was ok too.

My friend is crazy about Hallmark holiday movies so seeing this in the background made me laugh. 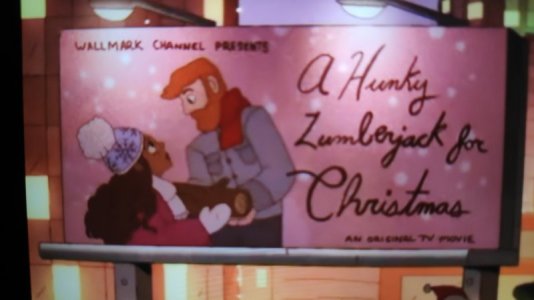 Citizen
I liked the "I'm Anne Boonchoy" part and the letters.

Citizen
Saw reactions saying that since there's two letters for Sasha, it means that her parents are divorced.

Fero McPigletron said:
Saw reactions saying that since there's two letters for Sasha, it means that her parents are divorced.
Click to expand...

For sure. I'm guessing her mother kept the same last name or it's just to show us that they're separated without opening up the question of who "Mrs. Whatever" is.

Citizen
Huh, gonna guess they changed it from being a bear in that one scene as they probably figured it'd be too scary for kids.

Videomaster21XX said:
Huh, gonna guess they changed it from being a bear in that one scene as they probably figured it'd be too scary for kids.
Click to expand...

Citizen
Encanto has been out for a while. No comments about it?