Fero McPigletron said:
Saw the first season 3 Amphibia ep. Evil robot is kinda cool. I wonder what will happen to him next? He has a personality so it doesn't look like Frobo will take over his body.

I like the parents. Sooo how does Andreas expect the robot to go back to Amphibia with the book? The robot has some sort of retrieval device?
Click to expand...

I thought the robot was there to kill Anne or am I misremembering?

Powered Convoy said:
I thought the robot was there to kill Anne or am I misremembering?
Click to expand...

He is. He was also given the side-mission to pick up a book for him.... and possibly get some potato chips. Except his told him to forget about the chips when the robot got the order mixed up and intended to exterminate potatoes. 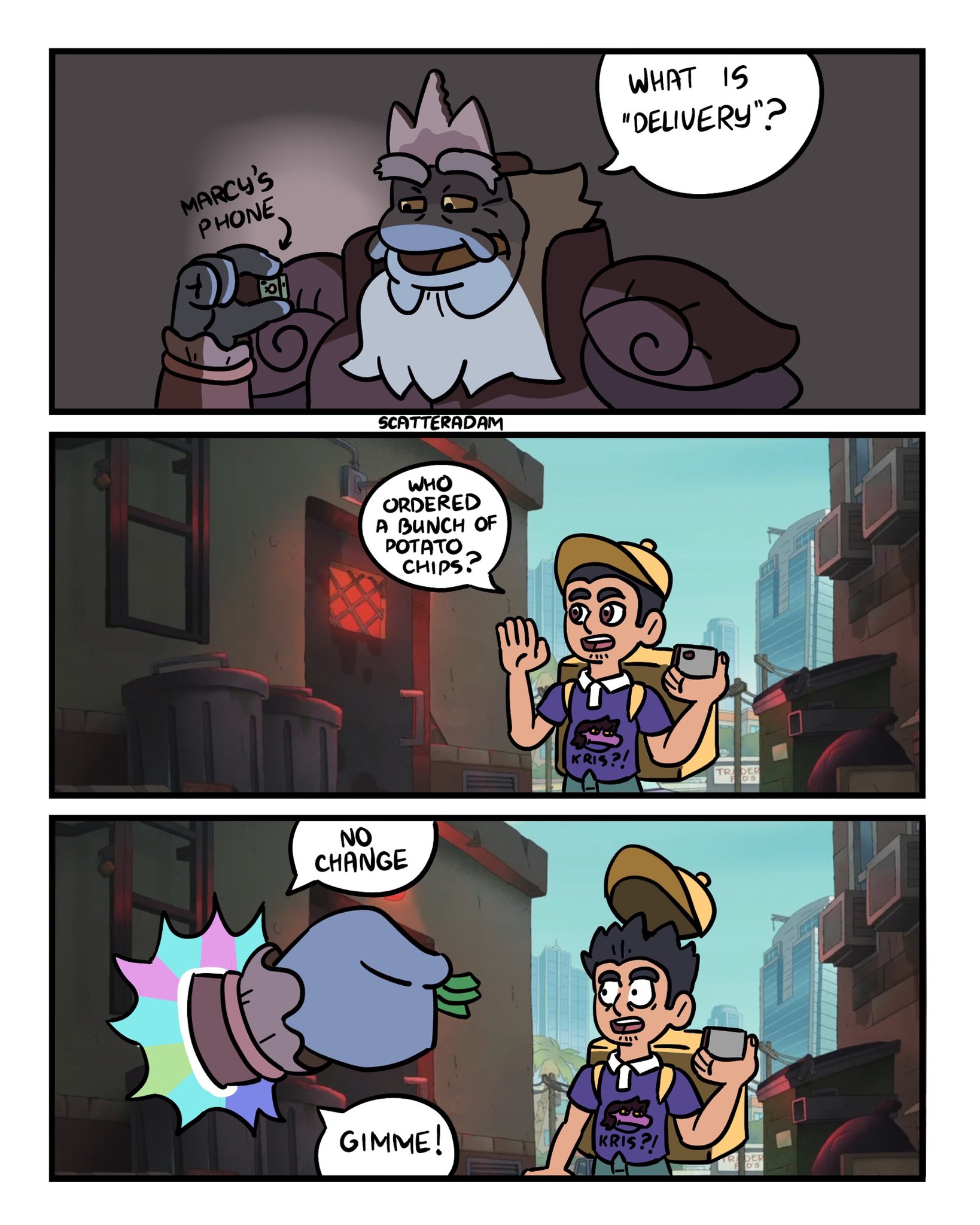 Citizen
NECA has shown off the newest figure in their Gargoyles line and its Bronx! In addition to an alt head and steak accessory, he comes with a paor of Folded Wings for the Goliath that just came out!

NECA Toys on Instagram: "31 Nights of Fright Reveal! ➖ First look at our upcoming Bronx figure from Gargoyles! In addition to interchangeable heads and meat snack, Bronx will include a set of draped wings to fit perfectly on your Goliath (sold separa

NECA Toys shared a post on Instagram: "31 Nights of Fright Reveal! ➖ First look at our upcoming Bronx figure from Gargoyles! In addition to interchangeable heads and meat snack, Bronx will include a set of draped wings to fit perfectly on your Goliath (sold separately). Be on the lookout for...

Citizen
OK including Goliaith's caped wings with Bronx is a dirty tactic to get us to buy Bronx. It's definately going to work but its a dirty trick none the less.

Citizen
Eh, was gonna buy the core cast regardless. Im just glad that Thailog doesnt come with any crucial parts.

Citizen
I'll get Thailog when they do his armored form.

And a very good boy.

Been loving it. Frogs out of water, surviving in another world. But since Amphibia has the semblance of alt world modernity, they can adjust. Hence I thought them falling down the escalator was off. Didn't they have escalators in the sophisticated city of Newtopia?

Maaan, I hope that spooky ex girlfriend of Sprig gets into the action again. She's tough versus robo frogs. Sprig's current ex was just doing martial arts but magic goth was dusting those invading bots.

Oh and the darn creator must not have grown up with Motu. Sasha is holding TWO swords. Of different colors. Can't she combine them?!? Haha

I wonder if the frog from the pet store episode will return?

Citizen
I'm pretty sure that Sprig and Ivy are still a couple.... it's just a long distance relationship at the moment.

Citizen
NECA is blessing us yet again with another impeccable likeness!

Saw the museum ep. That's a change from almost the same thing that happened in Owl House, haha! Yeah, wouldn't most scientists be open minded anyway?

The Thai cultural exposure ep was heartwarming but, gosh darn, that's tech from another world there! Don't throw it in the trash! (Exploit it!)

But Polly gets to be fluent in Thai after watching a few days worth of Thai soap opera? Riiiiiight.

Citizen
The time honored tradition of Returning the Tupperware.

But Polly gets to be fluent in Thai after watching a few days worth of Thai soap opera? Riiiiiight.
Click to expand...

I think that's because Polly is still a baby by Amphibia's standards. That she was able to easily learn the language after just a few weeks of watching TV.

Citizen
Speaking of which, what in heaven's name?!?


Why? And Chris Evans?