Citizen
i dont normally get dc toys, but i couldnt pass this one up. presenting from mcfarlane toys, the main man himself, LOBO!! 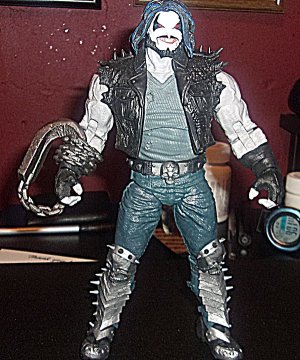 im very happy with this guy! been trying to get a lobo for years, but always missed out untill they were too expensive on the after market. but i finally nabbed one at release! i was kind of wary with it being a mcfarlane toy, but everything turned out to be fine joint wise 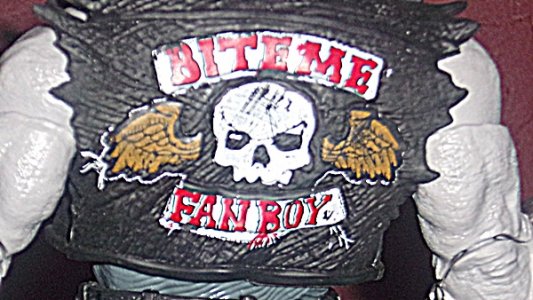 not just a tampo job, but its actually sculpted into the jacket! got some messy apps in a couple places, but i think that may be intentional to simulate wear and tear 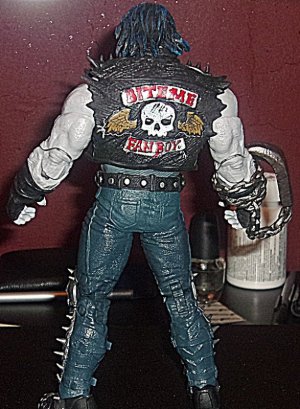 one of the few things i dont like is that pants being so shiny. gonna have to go over them with something to dull them up a bit (may do the same to the jacket too). also the armor on the calves needs some paint. needs a bit of paint in a few other places too. and im not sure why his face is so white while his body is gray

i do wish he had a bfg. he looks naked without one (thanks wb...). i hope they make a bike for him down the road too. may try to do a new chain for him, and even a little cigar. but all in all, for $20 this is a damn good figure!

while im here, how good is mafex at making figures? any nasty, frequent qc problems? theres a nice harley coming next year from them i kinda want to get

Citizen
I got the McFarlane DC Multiverse Batman Beyond Boxset and I hate that I mainly got it just to get the correct Batarangs for Terry. That said I’m actually ok with 3 of the 5 figures included. 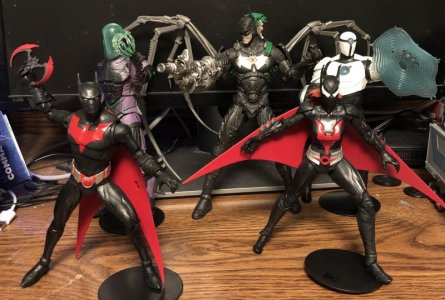 Batwoman Beyond is just the Beyond Suit on a female frame. My only gripes is that the over large Spider-Man like eyes.

Shriek is a good likeness. I just wish he came with his unmasked head instead of needing to buy a completely separate figure.

Futures End Batman …. Cool BaF that comes put together in the boxset. And the physical reality of a Brother Eye Borged up Batman with his skull halved with Joker’s face on the other side is delicious nightmare fuel.

Blight….. I don’t care about his comic Containment suit look. The effect hand is cool, but over all I’d rather have a Blight in his Business suit with multiple heads and hands to depict him as normal Derek Powers, a radiation cracking through his skin, and atomic skull wannabe look.

Batman Beyond… the thing that frustrates me is I had to buy this version to get the right Batarangs. The figure over all is no difference other normal retail release other than the covered mouth head. But getting the two correct Beyond Batarangs requires getting this version and sacrificing the boot jet effect parts. McFarlane is doing good about keeping their costs down but this hack and slash baiting to get you to buy more is super frustrating.

And then the packaging… the box the figures comes in is a fantastic looking display box. Sadly I’m not an in box collector and it’s a few inches shy of being a Titan Class Transformers box. But then I had a Nesting Doll shipping box situation. The toys box came inside two other McFarlane toys boxes and shipped in a Target box. And the boxes were each just big enough to fit each other inside. It’s crazy how much of a waste they made here.

That said I applaud McFarlane on great toys overall. I just hate the scummy predatory practices they do to get you to buy more. I just looked through the Preorders on McFarlane's website and was disgusted to see yet again another seperate Unmasked variant for Batwoman Beyond and another Batman with a Battle Damage/ Circutry exposed deco. The Unmasked variants piss me off so much when it's easy enough to pack in the other head with the first release. Would it increase the cost, maybe, but I'd rather get it done in one go. And it's with the entire Multiverse line.

The circuitry deco Batman isn't the problem. I'm not against repaints, but again it's the same retail release fail by giving you a normal Batman Batarang in red instead of the Beyond styled ones. Same goes for the Batwoman unmasked variant. Oh and I guess there's a meltdown variant of Blights head too that also has two seperate power effects for both hands, but no skeletal hand with energy effect.
Last edited: May 6, 2022
You must log in or register to reply here.
Share:
Facebook Twitter Reddit Pinterest Tumblr WhatsApp Email Share Link
Top Bottom