The Nintendo Thread of Jumping, Slashing, and Home Decorating

tec said:
Witchcraft I was just talk about how I wish GTA was on the switch and this drops
View attachment 1757

i hadnt had my switch on for months. i (finally) got the baldurs gate games earlier this week, and when i turned it on to play i nearly died when i saw this was on there now. vice city is the only gta i managed a 100% on. i loved that game. do the same for liberty city stories and vice city stories and ill be a happy camper

now just gotta have the extra money to get it...

Staff member
Council of Elders
Citizen
Apparently this "remaster" is hilariously broken. I'd wait for a sale.

Citizen
Saw it. Made me laugh. No misc game pics thread so posting here. 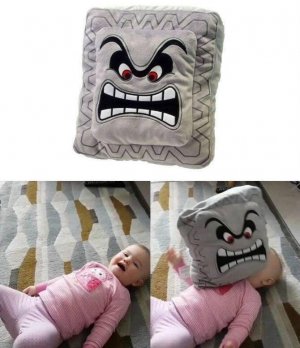 Citizen
So, the Game Awards gave us a few new trailers.

We get our first look at the new Sonic game, Frontiers:

We're going to be fighting Colossi it seems. That's kind of neat. Making the boss the entire "zone" in a way.

...REALLY not sure how well open-world exploration is going to pair with blazing-fast speed, though. If there's stuff to find then you're going to be walking everywhere which doesn't sound very "Sonic" to me. But, if there's NOTHING to find then the open world is going to feel pretty barren and lifeless. Not sure if these two flavors are going to mesh well with each other.

Plus...how likely is this to be a buggy mess? Will we be finding "potholes" that send us to below the level infrastructure? I can't claim it doesn't look okay, though. It's like...they just plopped Sonic right down into Hyrule...
The Monster Hunter Rise DLC, Sunbreak...

Not much to say on this one. Looks solid. Probably going to be fairly meaty. The Sonic the Hedgehog DLC surprised me more, though.
And Cuphead...The Delicious Last Course (...I see what you did there...)