Citizen
One thing that didn't get shown on the show was that Mechwarrior 5 mercenaries is coming to ps5 and ps4 with crossplay later this month.

To summarize:
- Dude had been working on a graphical plugin/mod to the RuneLite client (unofficial client for OSRS that's given unofficial approval by Jagex) for the past couple years, putting in 2000 hours of work on it, to make the game like the HD graphics from 2008
- Literally the day before the plugin is to go live, he's told by Jagex that he can't release it because 'they care about maintaining a visual consistency with their game'
- Massive anger of this in the community, with people protesting in-game, cancelling their subs, making memes about it, it even reaches mainstream gaming news sites due to how pissed the community was over this decision. (And keep in mind, it's not like the dude had been developing this in secret, he'd shown off in-progress screenshots, which Jagex employees often complementing his work, since development began. At any point they could have told him to stop development instead of waiting until it was about to release)
- The day after the announcement, Jagex announces that they're in discussions with the developer of the plugin and the founder of RuneLite about the situation
- Earlier today, it's announced that the HD plugin will be released on Monday and the developer of the plugin will be collaborating with Jagex in order to make sure the project stays consistent with Jagex's vision for the game.

Citizen
Picked up Tales of Arise, but should probably finish Scarlet Nexus first.

Citizen
thats another one of those anime dark souls games like code vein right?

Citizen
Gameplay-wise, it's closer to Astral Chain or Bayonetta.

Staff member
Council of Elders
Citizen
Did the PS5 showcase show anything that's not just brown and grey?

Princess Viola said:
- Earlier today, it's announced that the HD plugin will be released on Monday and the developer of the plugin will be collaborating with Jagex in order to make sure the project stays consistent with Jagex's vision for the game.
Click to expand...

Thank god. I saw a video on YouTube about this but it was released before Jagex had talked to the guy, when it looked like the HD client was just going to be banned because Jagex were in the early stages of maybe considering doing something similar someday.

They still haven't implemented any of these changes.

Not even case sensitive passwords.

Citizen
Oh, I know, thanks to the one guy working part time on OSR while everyone else develops the main game with its playerbase of 5, right? But hopefully the Monday thing is real, which means the dev behind the HD client is doing the releasing and it won't be six years X ]

CoffeeHorse said:
Did the PS5 showcase show anything that's not just brown and grey?
Click to expand...

Grand Turisom 7 Project Eve, Forspoken , there was a better showing of game this time around

Citizen
The DK Rap really does just shit on Lanky.

Citizen
So the HD plugin for RuneLite launched today and uhh 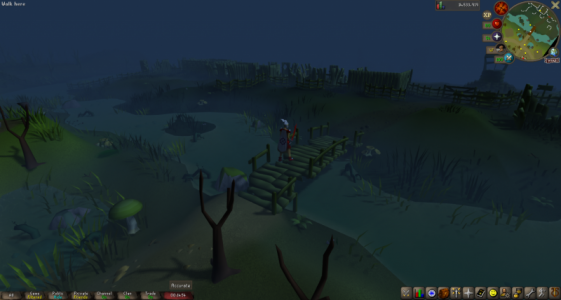 for comparison, the default graphics 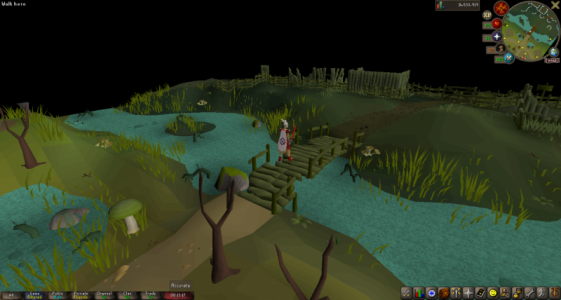 Citizen
I feel this is not quite what was shown previously

(The ground textures certainly are an improvement though.)

Citizen
Nah it's pretty consistent with what the modder had been showing on his social media.

Citizen
Ah, gotcha. Definitely an improvement. I'd thought at least some of the plant models were replaced in the video I'd seen.

Citizen
Its mechwarrior 5 day on consoles and they put both Dlcs on as well. including the one that lets you punch things. *squee*