Citizen
So it turns out I still have this shop. A lot of prices are funky at the moment because Shapeways keeps changing their pricing, and also anything where the default material is a color is now listed as being hideously expensive because one of the changes is they keep increasing the upcharges for dye and finishing. 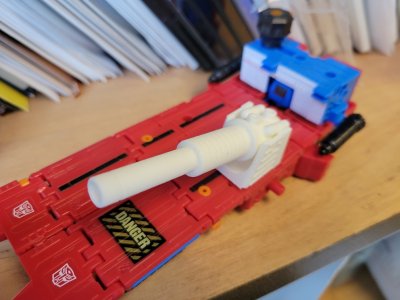 Like this cannon for Earthrise Hot House. It's designed after the G1 base's tank mode cannon, and it also has strategically placed 5mm pegholes so that in robot mode it can be shoulder mounted or attach to his wrist. Now there's some actual danger for that warning sign to indicate. 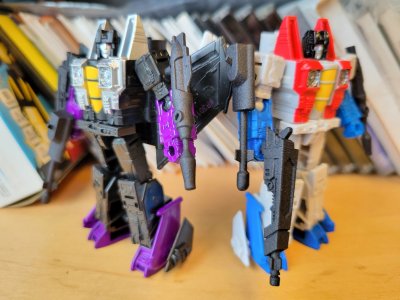 Want something a little more timely? I've got guns for Core-class Seekers. My main motivation here was to arm Skywarp, but obviously they'll also work for Starscream if you feel so inclined. 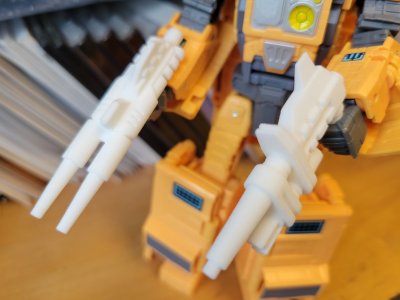 On the subject of guys who aren't armed the way I'd like them to be out of the box, I made guns for Kingdom Mainframe and, uh, TFSS Treadshot. (Treadshot gun comes courtesy of Shapeways minimum pricing.) I miiiiight have unthinkingly previewed this one the other day. 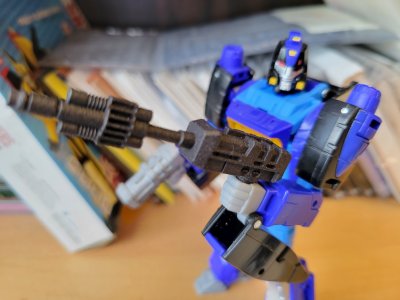 And in the "probably only I want this" department, Cybertron Blurr guns in two different formats for SG Blurr if you're that very specific kind of weirdo. The prices for the small and large variants are weirdly close, in an annoying demonstration of Shapeways pricing quirks.