Spin-Out said:
At this point I think most of us should be exercising our Second Amendment rights. By which I mean purchasing guns for self-defense, of course.
Click to expand...

As someone with depressive and anxiety disorders, it would be a very bad idea for me to own a gun, because I'm far likely to purposely kill myself with it than use it in self-defense. 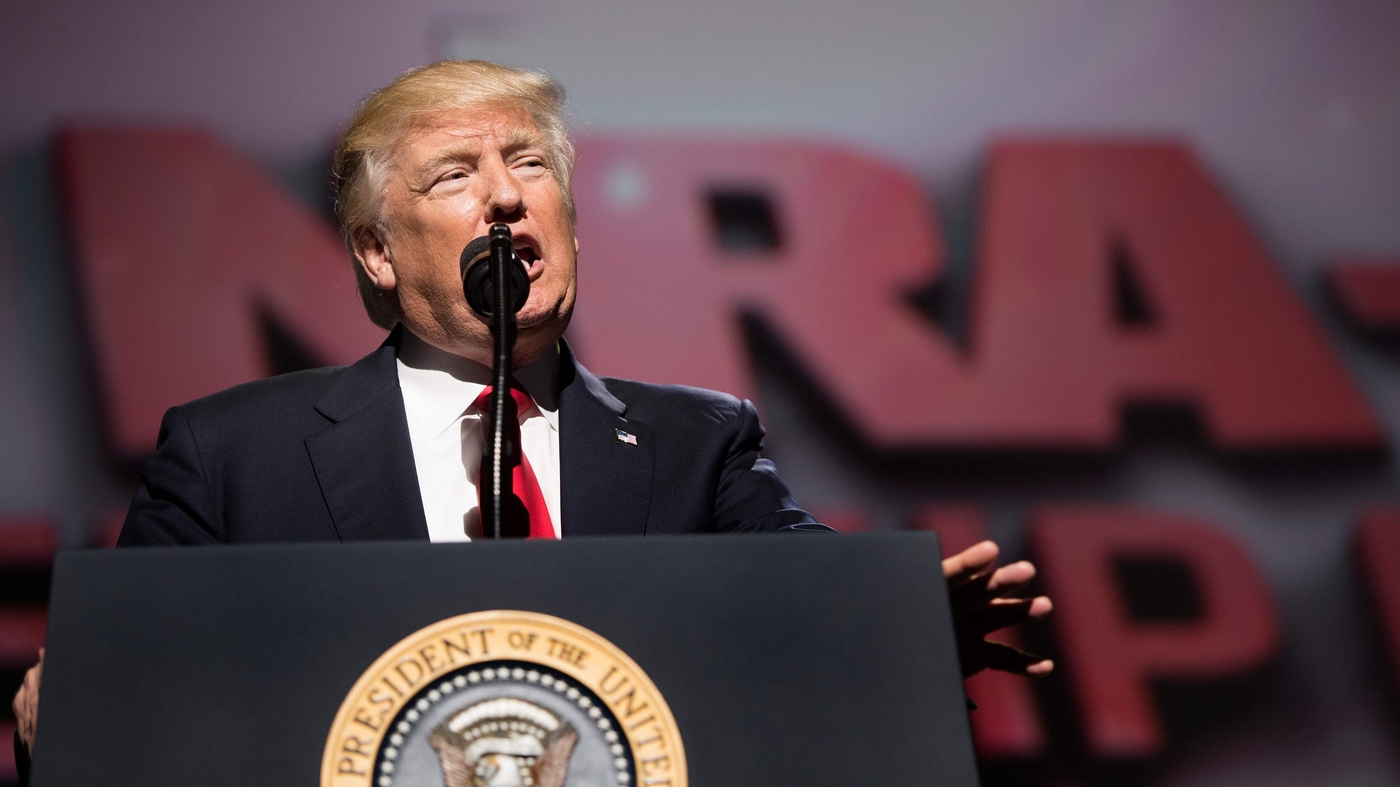 Guns are banned during Trump's upcoming speech at the NRA conference

The Secret Service is taking control of the hall during Trump's speech in Houston on Friday and is prohibiting attendees from having firearms and other weapons, according to the gun group.

Citizen
Because they are indeed the party of hypocrisy...

Citizen
The fight for American gun control died TEN YEARS AGO with a classroom full of children at Sandy Hook. We decided it was more acceptable to let folks pretend kids faked their death instead of give up some fancy rifles they don't need.

Citizen
No, it died over a decade earlier than that with Columbine.

Citizen
It died when lobbying became legal and gun nuts like the NRA were allowed to start buying up lawmakers. It's just been taking a while to bleed out.

Citizen
Actually you know what, no, it died when some jackasses decided having a murder weapon was a basic human right and needed to be enshrined into the Constitution.

Citizen
The original "right to bear arms" was written in because they were in the middle of a war and wanted everyone to be able to defend themselves. Unfortunately, it was written for single-shot muskets, not semi-automatic assault rifles.

Frankly the entire Constitution should be consigned to history rather than treated as some sacred law text, but that'll never happen.

Citizen
The thing is, the Constitution is a law. It's not just a collection of aphorisms some famous historical figures wrote that's been improperly treated as one. If you want to stop using it as the supreme law of the land, you'd better have a new one ready to replace it.

The Mighty Mollusk said:
Unfortunately, it was written for single-shot muskets, not semi-automatic assault rifles.
Click to expand...

Actually the Continental Congress was looking into full auto muskets even before the Revolution. America has always been America.

Citizen
The main debate on the Second Amendment has always been whether they meant it for everyone or just state militias. Everyone always forgets the first line of the Amendment in their arguments for everyone gets a gun.

Amendment II
A well regulated Militia, being necessary to the security of a free State, the right of the people to keep and bear Arms, shall not be infringed

Its always been interpreted by the Supreme court to mean everyone, but it could be interpreted has just those who are part of a state militia have the right to keep and bear arms...

Oh and arms isn't firearms, that's a misnomer. Sword and Axes and other melee weapons were still more common in that time period.

Citizen
Whatever the reason, it's been proven that civilized societies don't need murder weapons to exist at all in the hands of the general public in order to function. In fact, countries that have stripped citizens of that right are functioning much better than our own.

Citizen
Of course, those places don't have governments that are actively killing citizens in exchange for currency and political capital, and police forces that don't treat those citizens as enemies.

Citizen
They're going to criminalize menstration next.

Blame everything BUT the actual cause because a document MUTABLE BY DESIGN still has its second revision enshrined as more sacred than any other(despite some vagaries in its actual wording). Methinks it's time to pull a 21st Amendment and do some more revising.

Citizen
Methinks it's time we just scrap the whole thing and get something new in it's place.

Ironbite-one that outlaws morons like this from every being in any position of authority.

Staff member
Council of Elders
Citizen
We don't have the 2/3rds majority needed to pass a new constitution. Don't control 2/3rds of the states to ratify it. And with our odds for this November you might want to table the discussion anyway because we REALLY won't have the majorities. And the new constitution would scare you. Probably expanded 2nd amendment with a complete abortion ban in the damn document.

The constitution is flawed but it's really the best we've got.