Citizen
Landscaping, but mistaken for a hotel.
T

Citizen
Not trying to shill for Cracked, but I came across this article today: https://www.cracked.com/article_31609_3-lessons-from-the-rights-social-media-ventures.html

and I was particularly fond of this line:

Announced on Wednesday, the former POTUS says his new endeavor, which certainly isn't a means of garnering some cold, hard cash, is designed to “stand up to the tyranny of Big Tech," whatever the hell that means. “We live in a world where the Taliban has a presence on Twitter, yet your favorite American president has been silenced,” he added according to CNET, inadvertently implying that the Taliban can abide by community guidelines better than he ever could.
Click to expand...

Citizen
My two-year-old niece has better manners than Trump. And is closer to potty-trained. 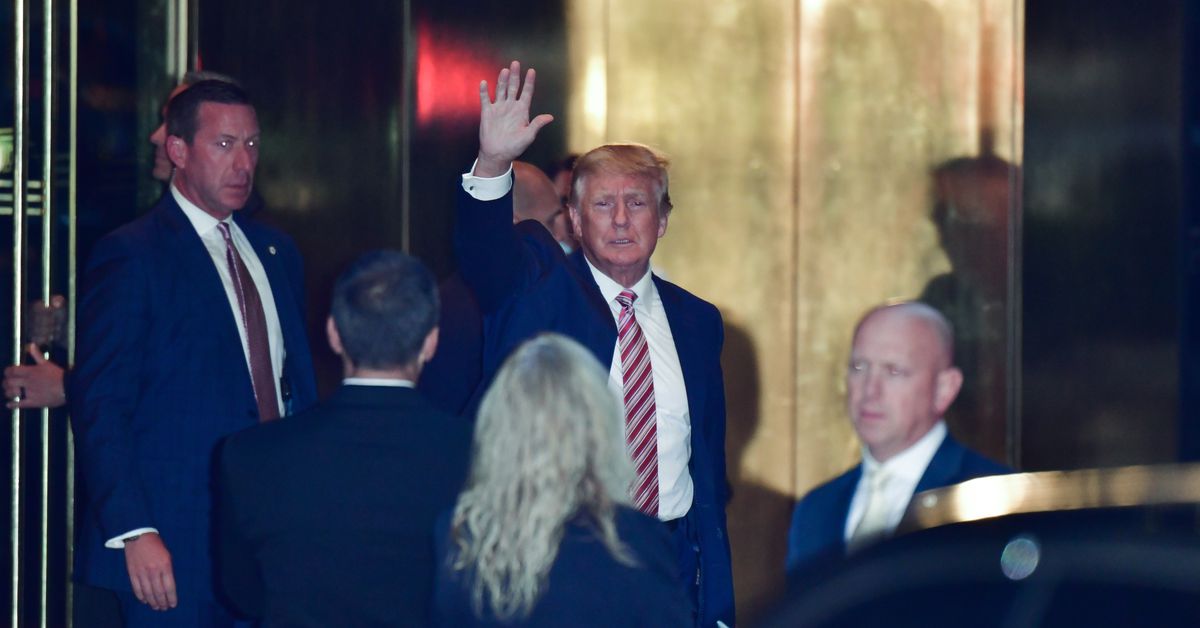 It could face a lawsuit otherwise.

aaahahahahahaha he can't even use free shit without screwing up

Citizen
See, I read the article and I was just amazed at how he has to lie. He has to cheat.

But in this case: it might just bite him in the ass hard. He defrauded investors to the tune of 300 million to build this sham. Then he used open source software: all he needed to pay for was hosting and some programmers. That's 300 THOUSAND in expenses, not 300 million. Literally embezzling hundreds of millions for something even the most half assed market analyst will guarantee to fail.

This is as cheap as his pacs fundraising to "fight election fraud". He's not even bothering to try to hide the grift anymore. He doesn't have to: there's never any consequences.

Citizen
Look, let's all be really clear here. This whole "stop the steal" thing, all of the whining, whinging, demogogury, it's all in service of making money. Trump is cashing in because that's really all he gives a damn about at the end of the day. Being dropped from Forbes list hurt him more than any political statement or indictment ever had. Trump loves only 2 things in this world; his own orange ass and cash.

Citizen
Everything Trump has ever done has been about amassing money and feeding his ego. The rest of the GOP latched onto the fraud claims because it lets them cast further doubt on later elections, because they don't care about democracy, just their own power. And unfortunately, it takes forever in this country to actually investigate anything and start indicting people, and the longer this whole shitfest goes unpunished, the harder it'll be to actually do anything about it.

Citizen
Trump's just out for money and ego.
It's the ******* Nazis surrounding him that threaten the country.

Appearing on MSNBC early Sunday morning, former federal prosecutor Glenn Kirschner predicted that revelations about Donald Trump, attorney John Eastman and Justice Department official Jeffrey Clark have given House investigators all they need to charge the three with sedition — and that more evidence is still to come.
Speaking with host Kendis Gibson, the attorney said written documents and recorded comments by three have built the case against them.

“You know Kendis, it is not that Vice President Pence did not have the courage or the spine to overthrow the election’s result, it is that he did not have the law or the authority to overthrow the election results,” he began. “There’s nothing in the 12th Amendment, nothing in the Electoral College Count Act that gives a vice president the unilateral authority to just disregard or throw out the results of the popular vote, as he is presiding over the count of the Electoral College votes.”

“What all of this shows us, Kendis, is that there is going to be so much evidence coming out, that will prove, I suggest, like guys like [John] Eastman and certainly Donald Trump, and Jeffrey Clark — who was assisting Trump in his efforts to overturn the election results — they are going to build the case for this being a criminal conspiracy, indeed, a seditious conspiracy.”
“I think that the select committee will have the evidence that it needs to really make some progress in its investigation,” he added.
Click to expand...

Citizen
I’ll believe it when I see Trump in handcuffs

Steevy Maximus said:
I’ll believe it when I see Trump in handcuffs
Click to expand...

Pretty much this. I'll believe it when he's in jail. Until then I assume no consequence will ever catch up to Donald.

“I think that the select committee will have the evidence that it needs to really make some progress in its investigation,” he added.
Click to expand...

Oh boy. They'll have what they need to make some progress.

Staff member
Council of Elders
Citizen
Oh boy, some progress. That'll save us from ruin.

Citizen
At this point, the GOP just has to drag it out until the orange cancer keels over. Then any effort to investigate is clearly a demonic effort to defame this proud patriot or whatever horseshit they're spewing that week.

Staff member
Council of Elders
Citizen
Specifically drag this out so the special investigation report comes out after the 2022 midterms where we get slaughtered unless something big happens between now and then.

Citizen
You say that as if the outcome of the investigation could possibly result in us winning. If anything it would likely have the opposite effect by making Trump into a martyr.

I want to see Trump locked up because it's morally the right thing to do, not because I think it'll actually make anything better. The only outcome that could possibly result in that is if they somehow implicated the entire Republican leadership and half of Congress and got them all locked up with him.

Citizen
Preferably in the same cell.

Citizen
I'm increasingly doubtful as to whether anything short of a revolution will actually change anything. The system's been rigged so badly that it's verging on unrecoverable, and the GOP's pushing it further along as hard as they can.
You must log in or register to reply here.
Share:
Facebook Twitter Reddit Pinterest Tumblr WhatsApp Email Share Link
Top Bottom