I really am loving the 86 movie line with Deluxe Jazz being my favorite figure so far.

That being said, is anyone's Jazz already starting to yellow?

Citizen
I love how big and chunky Grimlock is.
K

I am still waiting on my WreckGar. I want to get two of him and have him ride himself lol.

Citizen
I'm seeing less and less Studio Series toys in general, and more and more empty shelves where they should be, in stores as of late.

AzurLocke said:
I really am loving the 86 movie line with Deluxe Jazz being my favorite figure so far.

That being said, is anyone's Jazz already starting to yellow?
Click to expand...

I don't see any yellowing on Jazz, but I'm also pretty insistent on keeping the curtains closed in that room. (I need to get the window tinted so that I can have at least some daylight in there.)
E

Citizen
Just got Wreck-Gar the other day. I've never been a big fan of the character. He's always been lumped in with Wheelie as one of the TFTM characters I just didn't really care about. I've also generally not been happy with most motorcycle TFs. I've gotta say though, he got a really nice toy this time around! I hadn't planned on getting any of the eventual Junkions, but now I'm thinking I'll be getting at least one for him to ride.

My only concern with him is those spikes. I'm going to be packing everything up in the next year or so for a home reno. Even putting him in the top of the crate, I could see those getting bent up real easily.

Citizen
The great thing about Junkions, though, is that bent parts are a feature, not a bug.

Citizen
The spikes do seem sturdier than I expected. I hope they do some retools of the mold. Maybe without spikes?
H

Citizen
Was finding him news? I had three delivered yesterday.

The Phazer said:
Was finding him news?
Click to expand...

Citizen
I got 86 Slag in the other day, nice looking figure, big, thou I did get some weapons in for him prior to his arrival, so I have options including giving him a sword, I rather have a sword than Daniel, I just threw him in a draw and left him there along with his best bud, Wheelie, for now, my default Wheelie is the Titans return figure! Overall, I'm pretty pleased with the 86 figures, thou I do kind of question the desgin choices made with Kup & Blurr, with Blurr, I'm waiting for a third party to come up with a better desgin upgrade for those arms! Scourge, I bought four copies of that figure, thou I've also preordered four copies of the Sweep, hopefully the Sweep hands will look like Scourge's with the paint so that I can swap them across, I'm not that keen on the hand desgin, it bugs me. The best overall so far for me, would be Hot Rod, with Grimlock taking second place, third place, I'm undecided as I not really messed around with Slag that much but I am leaning towards him!

Something I noticed about Slag's box background display, its exactly the same as Grimlock's, I wonder when they do the other Dinobots will that be the same as well?

Citizen
The Sweep is also a brighter shade of blue from Scourge: 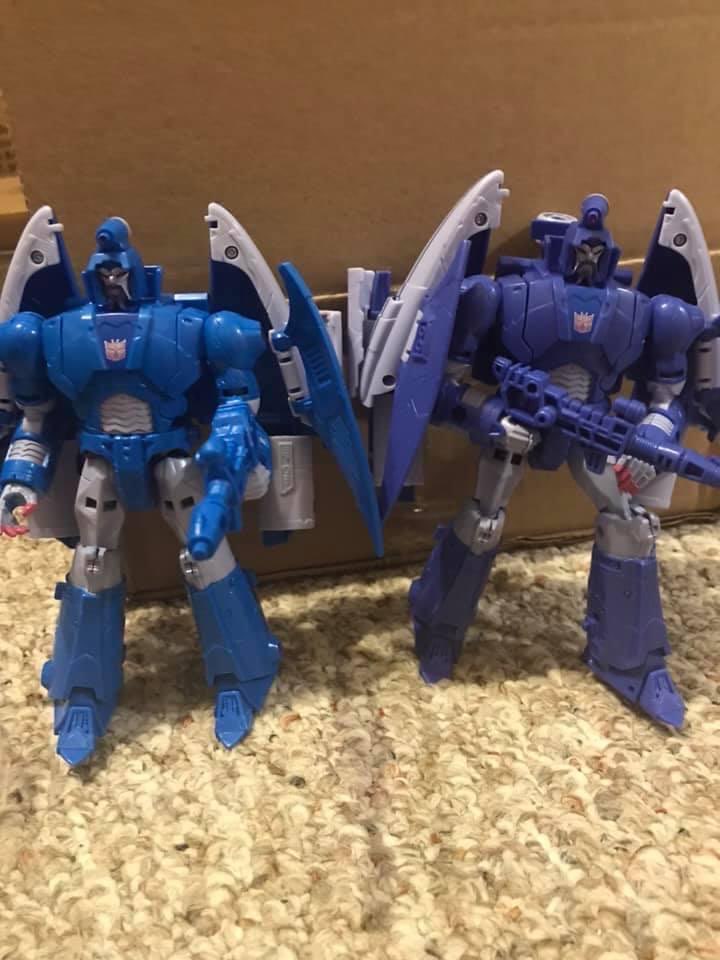 TF Fan Justin got a fun surprise at Walmart the other day. While they had preordered the upcoming Transformers Studio Series 86 Scourge with a release date of November 2021, they found that very figure at their local Walmart in Alma for $26. Wreck gar is 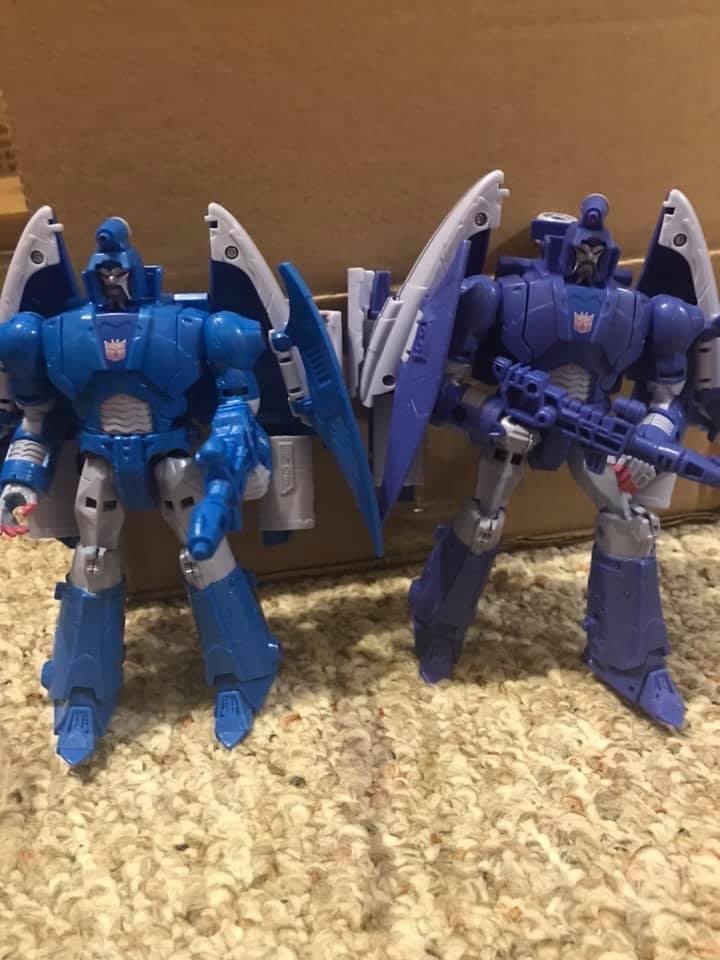 Citizen
Just got an email from Hasbro Pulse that the ship date of my SS86 Gnaw has been moved back to 11/1.

-ZacWilliam, curious if the same will happen to my Amazon order for him.
S

Just got an email from Hasbro Pulse that the ship date of my SS86 Gnaw has been moved back to 11/1.


Yet he's starting to show up at retail.

AzurLocke said:
I am still waiting on my WreckGar. I want to get two of him and have him ride himself lol.
Click to expand...

I am hoping that they will release some Junkions with different face/head sculpts. I would totally buy a set or two of them!

ZacWilliam1 said:
Just got an email from Hasbro Pulse that the ship date of my SS86 Gnaw has been moved back to 11/1.

My BBTS order hasn't been delayed yet. Maybe you should order it from the awesome Site Sponsor Big bad Toy Store!