Citizen
I’m not sure if I love it or hate it.
M

Citizen
I’m only just realizing how utterly insane this is. Was that My Little Pony? Was that mouse a Warner Brothers character? ARE THEY GOING FULL ROGER RABBIT?! 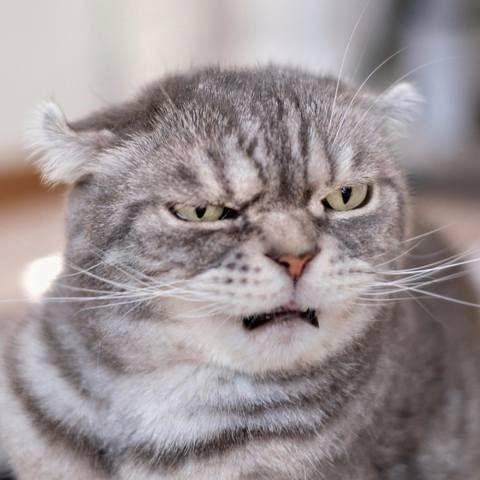 Citizen
i notice Gadgets' barely in the trailer and I'm assuming that's because they know EXACTLY how the Internet would react if she was.

Citizen
Interesting premise, even if Mulaney as Chip is very jarring.

Also the 2-D characters are CG too. They're not fooling me.

Citizen
Ya, I will probably watch this, but I feel it’s a dumpster fire that’s going to be roasted horribly. I don’t think anyone wanted something like this out of Rescue Rangers. And the mix of Reality, Cartoon, and CG is super jarring, especially when it’s mixed between the two lead characters.

But a Roger Rabbit cameo is pretty cool.

Citizen
This is not the Roger Rabbit sequel/spinoff we needed, but I guess it's the one we deserve.

Citizen
This is either going to be absolutely amazing or mind-blowingly terrible. No middle ground.

Citizen
This is definitely not what I was expecting...but it's probably going to be interesting. This looks meta as all get out, which is right up my alley. I think reviews are going to tear this apart, but...it might be fun in a completely crazy way

Chip's voice sounds so wrong, but I guess they wanted the character to be more understandable (and for people to recognize the celebrity voice they're probably paying a pretty penny for). For some reason, Dale feels okay to me. I'm not sure why.

But, this almost seems to be a commentary on the state of the animation industry for the last 30 years. The trend of everything going CGI, motion capture ala Polar Express or Beowulf, Cat-people ala the movie version of Cats, MC Skat Kat from Paula Abdul's Opposite's Attract music video, anime characters, and PONIES! There's probably a lot of deep cuts in these cameos. I don't remember the Baseketball T-Rex we see for a second in a crowd, for example.

The "Nobody wants a reboot" line is interesting, too. Is Chip going to have to accept that things change, and he has to change with the times or is the Hollywood executive going to be totally evil? ...Probably both, I don't know if I should expect too much from this plot, but it's got me intrigued. How meta is this going to end up?

I can totally understand this being disappointing to people who want...y'know...a actual Rescue Rangers movie, though. Because, this is not going to be a traditional Rescue Rangers adventure, just due to everyone being "actors". That's a shame, honestly. But...maybe this is a better move than making it another "cartoon characters in the real world" movie? We'll see how it turns out.

As for Gadget's absence...I'm guessing she'll be a sequel hook (which is going to disappoint everyone). I could see her busting in at the end asking for the boy's help, ala the Super Mario Bros live-action movie. (I'm just hoping she's not the Disney Twist Villain, being behind the CGI-inator or something).
Last edited: Feb 15, 2022

Staff member
Council of Elders
Citizen
This looks like a dumpster fire. It looks like it was designed by a committee that never did agree on what they wanted it to be, and hoped it would just come together on its own somehow in the process of making it.

ZakuConvoy said:
This looks meta as all get out, which is right up my alley.

Chip's voice sounds so wrong, but I guess they wanted the character to be more understandable (and for people to recognize the celebrity voice they're probably paying a pretty penny for). For some reason, Dale feels okay to me. I'm not sure why.
Click to expand...

It would have been really meta if they had had Chip and Dale voiced by Harrison Ford and Tom Selleck, respectively.

Citizen
This looks like the Disney Afternoon version of Ready Player One.

Master Fwiffo said:
I’m only just realizing how utterly insane this is. Was that My Little Pony? Was that mouse a Warner Brothers character? ARE THEY GOING FULL ROGER RABBIT?!
Click to expand...

Sailor Moon cameo at 1:02
Gadget is in the trailer. Briefly seen flying the RR plane, firing the rocket that Chip rides at 1:11

Citizen
I wonder if this film will bring up how Dosney doesnt treat its animated series spinoffs the same way as the movies (see: Buzz Lightyear of Star Command vs LIGHTYEAR)

Citizen
What will be the the thing keeping Gadget from being shown in the modern day though? Other than those blink and you miss her shots the only good shots you see of her come from the past of the films story. Also she doesn't have her goggles on when she's firing Dale off the Ranger Plane. Does she go diva?

And yep There was FiM Rainbow Dash, Fluttershy, and Applejack among other ponies. There is a Sailor Moon look alike from behind from far enough away true, but it's not detailed enough that it could be something some one put it and getaway with without it being actually her specificly. And whats with Fat Prince Ali/Aladdin on the Magic Carpet?

Citizen
Yeah, I can't see them getting away with using full-on Sailor Moon with how overprotective her creator, Naoko Takeuchi, is of her and that series as a whole.

Citizen
Well that trailer is INSANE. It's genuinely hard to believe it's real, because there's just so much bonkers stuff in there. Roger! MLP! MC Skat Kat?!

I'm not thrilled with the casting, I mean... I'm fine with it really, but obviously as a grumpy old man I'd rather have the original cast in the roles.

I never could have predicted that this is what the movie would be, and I couldn't be happier. It looks amazing. It may turn out to be amazing in a bad way, but even so... A+ for ambition.

Sabrblade said:
Yeah, I can't see them getting away with using full-on Sailor Moon with how overprotective her creator, Naoko Takeuchi, is of her and that series as a whole.
Click to expand...

It wouldn't be "getting away with it" if it's a fully licensed cameo.