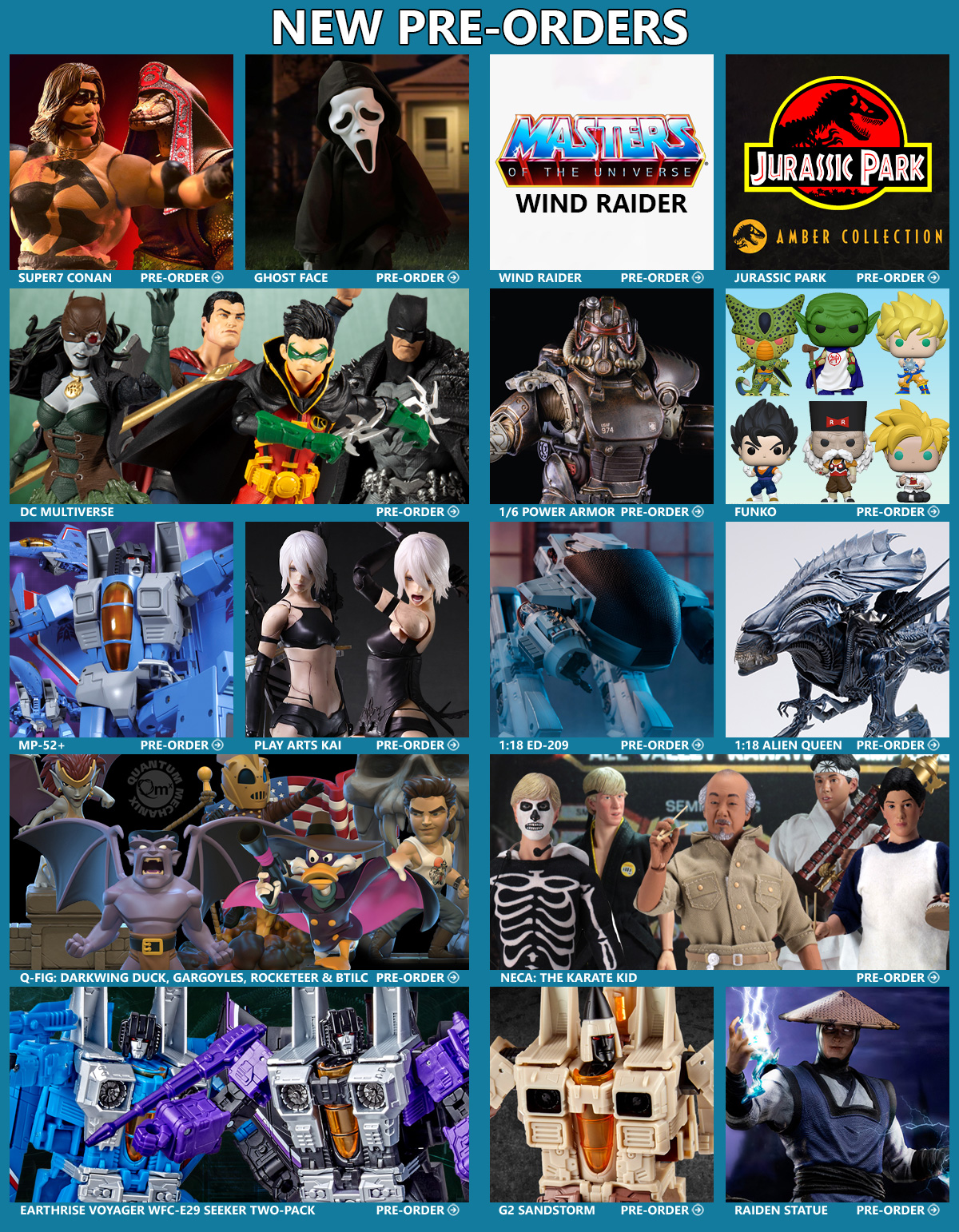 ————–
NEW PRE-ORDERS
————–
Your prayers to the Gods have been answered! Conan in War Paint and Thulsa Doom as the Snake Priest are the latest epic additions to the Super7 Conan the Barbarian Ultimates! line. Funko Fair 2021 is going on and new figures are being added daily! The next wave of DC Multiverse figures is here with Robin, Red Son Superman, The Drowned and Batman. Also be sure to grab the new Jurassic Park Amber Collection figures. The Wind Raider from Masters of the Universe is up from the Origins line. The Karate Kid figures from NECA and Icon Heroes have been restocked. From NieR: Automata, A2 is the next Play Art Kai figure. From the TV animated series “Demon Slayer” comes Kyojuro Rengoku Nichiri Blade, now available from Proplica. 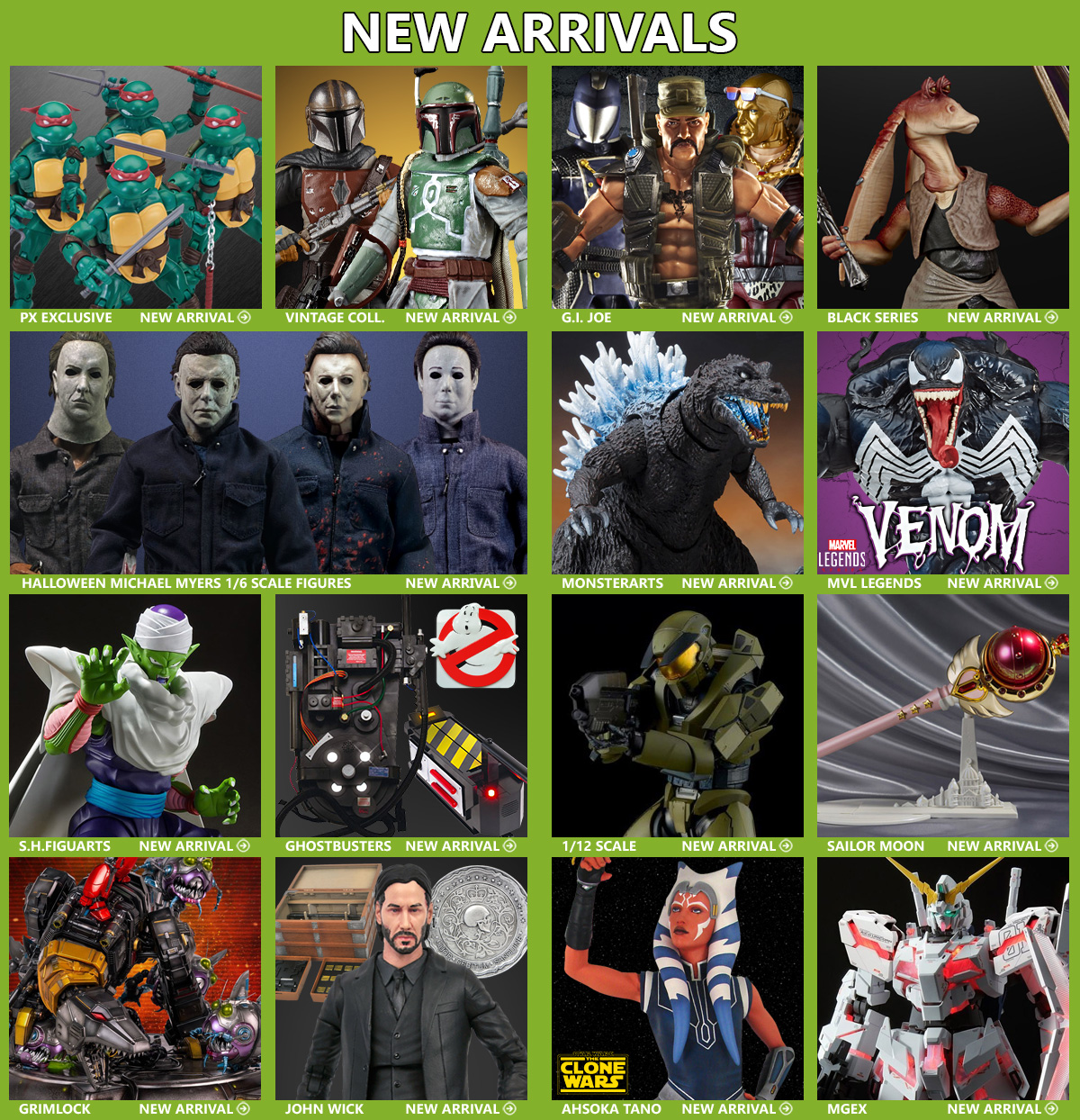 ————
NEW ARRIVALS
————
Cowabunga Dudes! Straight from the classic colored comics by Eastman and Laird come the Teenage Mutant Ninja Turtles Elite Series action figures from Playmates! Each figures features 34 Points of articulation, and is outfitted in their original red bandana and along with their signature weapon. All four 1/6 scale Michael Myers figures are here! From the classic Halo: Combat Evolved game, 1000toys is excited to introduce the Master Chief into the Re:Edit figure line. From the popular anime and manga series Dragon Ball Z comes a figure of the Proud Namekian, Piccolo! Gung-Ho explodes into a larger-than-life era with this new 6-inch scale figure. Marvel Legends latest arrive is Eddie Brock, and he takes vengeance on his skeptics as the all-consuming, spine-chilling symbiote, Venom.
Comments