Hitch is up next!
And seems he's got his hooves full.
How will he handle new earth pony magic? 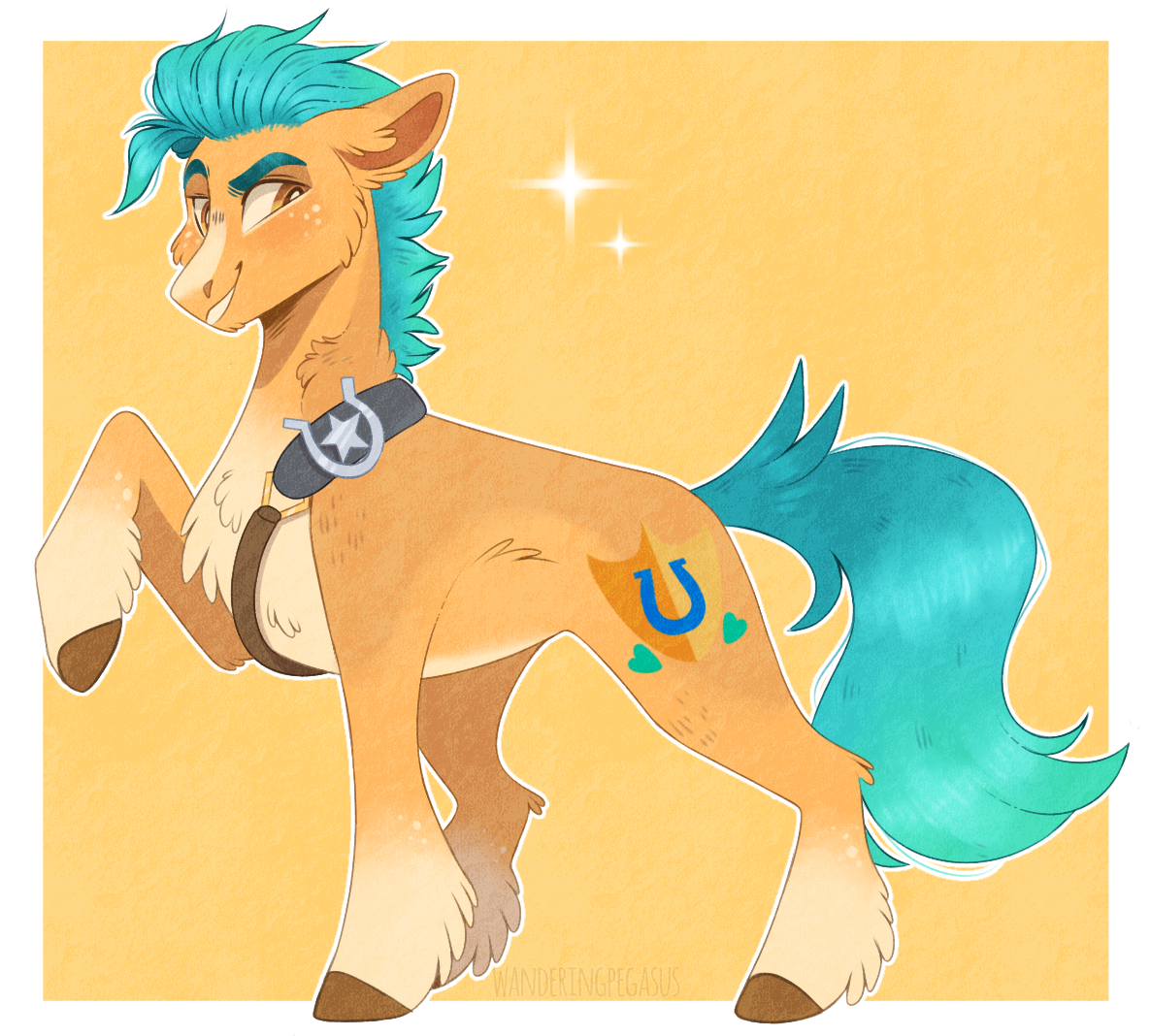 Magic's gone wild in Maretime Bay, and Sheriff Hitch is determined to rein it in —
unaware that an evil pony is standing by to steal it all for herself.
​

1:33 Those knowing smirks. Sprout has obviously demonstrated his unparalleled power before.

1:50 "My magic is too powerful." What a masterpiece of a character.

2:04 I was not expecting Sprout to escape the slapstick. That is some impressive climbing. Maybe he has a superpower for avoiding immediate consequences.

3:18 Sunny is enjoying being on the other side of the banana jokes this time.

4:02 They've put up a sign already. I'm glad they didn't just bring him back for one scene, good as it was.

4:49 G5 once again shows why hard hats are required on the job.

DO NOT GIVE THE DRAGON COFFEE.

9:07 Hitch is the overly prepared type. It fits.

10:17 Hitch was serious about collecting data. That's G5. He's wrong but allowed to be acting in good faith.

10:48 That was impressively Rube Goldberg. Something's going to impale on her horn, isn't it? Yep.

11:53 I bet Pipp's selfie face has already been screencapped.

15:34 Huh. Earth ponies were always the food producers but their magic is confirmed as new, not just newly powerful.

16:31 "'Hooftastic' isn't a word and I refuse to acknowledge it." Okay we can keep this villain. She's earned her place.

18:09 Sprout is checking out his latest greatest creation again. You know he's proud of that plant.

18:10 Sprout is disregarding the new rule and embracing his power... but earth ponies are supposed to be doing that now. The universe actually wants him to be bad

18:38 The camera looks away, but Sprout is not following the Prometheus School for Running Away from Things.

20:24 The deputies are actually good at their jobs offscreen.


Okay I think I'm done for the day, because I'm satisfied.

I don't know what happened behind the scenes from one episode to the next, but the pacing here was better and the animation was noticeably more polished. It's not movie tier but it's somewhere between that and the rest of the MYM stuff I've seen so far.

This is good now. I'm in for the long haul.
Z

Dahlia doesn’t even try to get rid of the vines. Hitch is just locked out of his police station.

*Pippsqueaks in a tree* So THIS will be the episode where all the Earth Pony magic goes nuts, huh?

*Hitch agrees to letting anyone use as much magic as they want* Oh…Hitch…WHY?!

They’re just going to end up setting up a “practice area” outside of town, where the Earth Ponies can go nuts, right? Like a firing range. That seems like the most sensible solution.

Sunny just straight-up starts eating the jam off of Hitch. They want us to ship them.

“What’s so dangerous about you” Oh Izzy you poor naïve foal.

“I’ve never said no to a talking TV before” …noted.

Htich made a full-on instructional video for taking care of Sparky. Including a detailed schedule. Hitch is insanely prepared…emphasis on “insane”

Dahlia is allergic to gardenias…even though she runs a flower cart in TYT. Someone could have blessed her.

Oh, Izzy is egging Sparky on. Like a someone who wants to be the “fun aunt”

Wait…the Earth Ponies can get “backed up” on magic if they aren’t using it? They have to constantly use it or it just goes wild? *Sigh* This show really can’t help breaking it’s magic can it?

Well, Hitch has gone off the rails. Full on supervillain turn.

Sparky is going full Gremlins. Do not feed Sparky after midnight.

Oh the pegasi are gonna feel this one….

“Magic doesn’t operate by any rules” …Well, that’s wrong. If anything, there’s too many restrictive rules in this world.

Izzy did NOTHING, why is she getting the focus in this scene?

Hi, Twilight…TWILIGHT’S BACK! “What filter is that” is REALLY undercutting the spectacle of this scene, though.

…Even Twilight’s saying that Earth Ponies didn’t have magic before, BUT THEY DID!

“Magic is alive” I guess that tracks from what we’ve seen of the Tree of Harmony spirit back in G4.

“Once a pony tried to steal all the magic in Equestria for herself and almost succeeded” Looks like the comics were right about that much, anyway.

Wait, wait, wait…there’s something else that contains the magic of Equestria other than just the crystals? Like maybe a book? Or maybe she’s talking about that magic cloaking enchantment Misty was talking about last episode? The crystals are basically incomplete.

“The spell is broken” Okay, we might have a reason why magic is so over-sensitive in this world. Putting the crystals together broke the cloaking spell hiding Equestria from the outside world, but they don’t have…whatever ELSE Twilight put the magic in so they don’t have any control over the magic.

Hitch giving himself a little pep talk out loud…he’s had a hard day.

Magic is growing. Okay. So, we have our villain’s motivation. She WANTS magic to grow so that when she takes it for herself she’ll be more powerful.

Misty being bad at evil laughter is cute. Too cute.

Hitch just now noticed that Izzy’s been with them this entire time. Poor Hitch. He’s not getting sleep tonight either, with Sparky all hopped up on cookies and ice cream.

The Magic Tree they created randomly is important somehow. I can’t say I recognize the flowers that Zipp says look familiar. The ONE orange one is conspicuous, though.

I’m not sure it’ s a GREAT lesson to just say “just let everyone do whatever they want”. Letting Sparky run wild should have had consequences.

Sparky’s sneeze can switch a BUNCH of things around. He has an area effect attack. I don’t think Spike ever did that. Maybe Sparky’s stronger than Spike was with magic?

Sparky’s connected to the random Magic Tree. This tree is oddly important for something the Mane 5 just made in order to stop a giant berry.

I think I liked this episode better. The lore reveals alone are worth it. And it felt more focused on it’s theme.
Last edited: Sep 27, 2022

Citizen
I think the tree is important becuase it was created from a combination of their powers, its not just Earth pony magic.

Also I knew Fnu was gonna be happy when we seen Sprout pop up.