QUOTE(TM2-Megatron @ Oct 26 2011, 02:04 PM) <{POST_SNAPBACK}>
I think Lauren said she originally wanted to make Blueblood a Duke or something, but Hasbro didn't think enough children would know what a Duke was.
Channing Tatum?

I shall now solve the Nightmare Night vs Pilot episode problem.

Confound these ponies, they drive me to photoshop!
http://scavgraphics.deviantart.com/

You're the Best Pony Sports Montage |

More to the point, if he's not Celestia's nephew then why did Rarity say he was and why didn't Twilight Sparkle question her when she said he was since Twilight is Twilight??.

IIRC, Lauren had said he's a "Distant relation" but not actually a nephew.

Of course, that's just because Lauren won't admit to the Dark History of Ponyville, as I detail in my signature

Confound these ponies, they drive me to photoshop!
http://scavgraphics.deviantart.com/

You're the Best Pony Sports Montage |

OTOH, it is totally in-character for Blueblood to tell people he's a Prince.

Those in Canterlot quietly roll their eyes, but poor Rarity didn't know any better.

Ponies & Freedom Are The Right of ALL Sentient Beings!

More to the point, if he's not Celestia's nephew then why did Rarity say he was and why didn't Twilight Sparkle question her when she said he was since Twilight is Twilight??.

IIRC, Lauren had said he's a "Distant relation" but not actually a nephew.
QUOTE(TM2-Megatron @ Oct 26 2011, 07:04 AM) <{POST_SNAPBACK}>
I think Lauren said she originally wanted to make Blueblood a Duke or something, but Hasbro didn't think enough children would know what a Duke was.

Scavs and TM2-Megs are both correct. Lauren did indeed mention it many months ago. I grabbed this screen shot back when Lauren first mentioned it. This was way back before "The Best Night Ever" aired, back before anypony knew what his real name was. I really like Luna's new look and I fully approve of it. I love the flowing mane and tail she has. Her coat is darker and she appears much taller than she was in the Season 1 pilot. It's like she aged quite a bit in the short amount of time she has been back. It really is quite a difference between her S1-E2 look and her new look.

I find the theories for her difference in looks to be interesting. Though, I like to think that when she was imprisoned for 1,000 years, that she had to of been in some kind of suspended animation. I hate to think that she was fully aware of the passage of time for 1,000 years with absolutely nothing to do, nothing to eat or drink, and nopony to talk with. 1,000 years of total isolation and solitude in those kinds of conditions, I would think, would drive anypony insane. So I prefer to think that she was in suspended animation during that 1,000 years. When she came back from her imprisonment and was freed from being NMM, I would think that her difference in looks between S1-E2 and S2-E4 is the result of her body quickly aging and catching up to what she would have actually looked like if she had never been sent to the moon for 1,000 years.

When Luna was freed from being NMM at the end of S1-E2, Celestia did say to Luna and I quote; "It has been a thousand years since I have seen you like this." That would indicate that how Luna looked in S1-E2 was how she looked before she became NMM. Based on that, I would not think that Luna had her newer S2-E4 look 1,000 years ago, got turned into NMM, then 1,000 years later is freed from being NMM resulting in her being in a smaller "depowered" self, then gradually getting back her newer look after many months of regenerating her power. Based on Celestia's S1-E2 quote, that just doesn't make much sense to me. So I just continue to prefer the suspended animation theory.

Overall, I fully enjoyed Luna Eclipsed. Of all the costumes everpony was wearing, I liked Zecora's best.

Something I noticed... did those pegasi pulling Luna's carriage had bat wings?

And weird ears too... So what sort of a sub-species of pony are these? Were-bat-pegasi?

Otherwise - my favourite season 2 episode so far, and I thought Q in MLP would be hard to top. So many background characters re-appearing, and Luna was just awesome.

Ponies & Freedom Are The Right of ALL Sentient Beings!

^I had read somewhere that the fan names for those two bat ponies are Adam and West.

*cue the groans and facehoofs*

Anyone remember the lesson Twilight learned when she met Zecora?

I was kinda thinking she just learned it over again.

So, Berry was getting drunk in JJ's stream, when somepony mentioned something poignant.

QUOTE
bout how in Luna's point of view a Renassaince fair would be "advance" for her
VaguelyCreepy: .....That's an excellent point

What could be considered 'modern' for Luna and what would we consider 'rustic/antique/etc' for us, but futuristic for her?

QUOTE(Cybersnark @ Oct 26 2011, 10:10 PM) <{POST_SNAPBACK}>
QUOTE(Guardian Prime @ Oct 26 2011, 05:37 PM) <{POST_SNAPBACK}>
1,000 years of total isolation and solitude in those kinds of conditions, I would think, would drive anypony insane.
Accidental Nightmare Moon Fuel?
Well, I mentioned on ED before about Warehouse 13's method of containing dangerous individuals: freeze them and encase them in bronze. Their mind is still awake and they can think, but they're in perpetual darkness and probably silence.
This was something I was hoping would be covered because I was afraid to hear Luna was actually awake for the thousand years, watching the world turn and unable to do anything.

1. If you look closely in the background when the young filly is crying that she wanted to be a Zombie next year, you can see that the elder pony comforting Pipsqueak is Carrot Top. His older sister/Mother perhaps? She is also the only adult pony other than Zecora, the mayor, and Twilight Sparkle who accompanies Pipsqueak's trick or treating group of children to dump candy at Nightmare Moon's status at the end of the episode.

It looks to me like that's Carrot Top comforting Dinky, not Pip; which actually kind of goes with the fanon theory that Derpy and Carrot are friends and maybe Carrot's keeping an eye on Dinky during the trick-or-treating.

That is Carrot with Dinky.

I like how the ninja is like 'Whose kid is this!? What am I supposed to do!?'

Sunny Daze (the princess [or is that Peachy Pie?]) is so adorable.

I can just imagine the conversation:
Carrot op: Sorry kiddo. Maybe your mom got some candy.
Dinky: Nah, she only ever gets rocks.

*cue the groans and facehoofs*
I approve of this.

QUOTE(Kein @ Oct 26 2011, 07:27 PM) <{POST_SNAPBACK}>
There is no explanation, no matter how hard you look for it.
You know the saying "If brute force isn't working, you're just not using enough"? I think the same applies for ponies in an explanation sense. You just need to look harder-er! 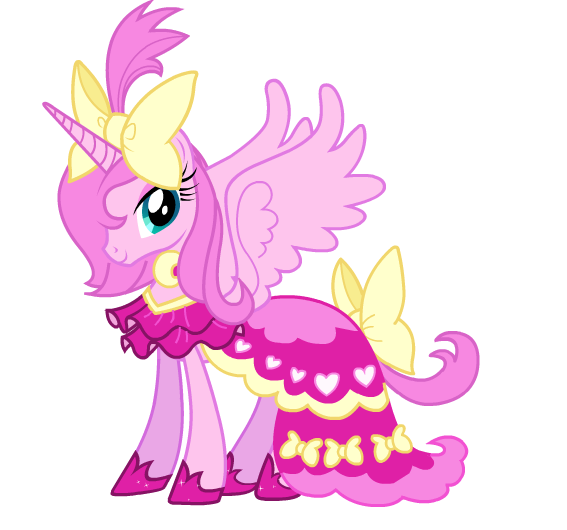 I do think it looks adorable, though. Perfect to embarrass your daughter when she's twelve and invited to a wedding~

Man, I did not expect that the pinkness encompasses her coat and mane.

Back to My Little Allsparkle · Next Unread Topic →