The Toy and Action Figure thread

So, let me tell you how I accidentally ended up with 5 Gremlins in 3 days.

Its my friends fault.

So last year he introduced me to Gremlins, which is another one of those films that had been on my radar forever but Id never actually watched. And truth be told... I was not a fan. The movie had great creature designs and some great bits, but the tone of the movie was wildly inconsistent. Later, my friend insisted I sit down and watch Gremlins 2 with him, which I was reluctant to do. But he talked me into it, and son of a gun, Gremlins two was great. It was able to get the tone down proper and had hilarious parts throughout and was thoroughly memorable and fun.

Fast forward to this year, when just before Halloween (on one of my brief trips out with the broken arm) - I spied both Gremlins films for $5 a pop at Target. Snatched those up. And on rewatch, I appreciated the first film a lot more (though I still prefer the second). Around the same time, I started noticing NECA (who made my favorite Godzilla and Pacific Rim figures) had a figure or two out, so as is my custom, I started keeping my eyes open for one more critter to add to my Awesome Shelf collection.

Last Friday, at Target, I found a surprise - it was a 2 pack of Gremlins from the memorable Winter Caroler scene. Well, as I was in the market for some appropriately me holiday decor for the season, I snagged them. Theyre awesome with adorable little scarves and hats, but I was really impressed with the figures themselves - the Neca Ultimate Gremlin mold is fantastic, it looks perfect and has loads of articulation - complete with moveable ears to get lots of expression, making them look as mischievous or threatening as you like.

With the pair at work, I was curious as to what other Gremlin offerings Neca had. They have a Gizmo who looks off, and a Stripe who is fine but not one Id like (now get a Brain Gremlin in a tux and were talking!) but then I spotted this guy, the Ultimate Gamer Gremlin, a Gamestop exclusive. I saw this rascal and knew I had to have him - the popcorn bucket and the coke and glasses all just looked so fun, but what really caught me was that little game console next to him - its an almost exact replica of a Donkey Kong game console I had when I was younger. He also comes with an Atari Joystick (nolstagia from my Grandfather who had one!) and a tiny box thats a replica of the Gremlins game for Atari! All of this was too adorable to pass up. When I looked at him on Gamestops website, it informed me he was in stock at the mall, for $15 cheaper than you could get him on Amazon. One pick up later, and Im the owner of the Gamer Gremlin, my new movie watching partner.

And then I made the mistake of stopping by the hobby shop at the Mall, who had the OTHER Two Pack of Caroling Gremlins, again for $10 bucks cheaper than I saw them online.

So thats how I ended up with an entire clan of Gremlins split between work and home. Theres one more Im eyeing - the standard release of the Ultimate Gremlin which comes with movie theater snacks and 3D glasses and popcorn bags to put over his ear and a mug of beer - but Ill save that one for another time.

Now to just keep them away from water.... 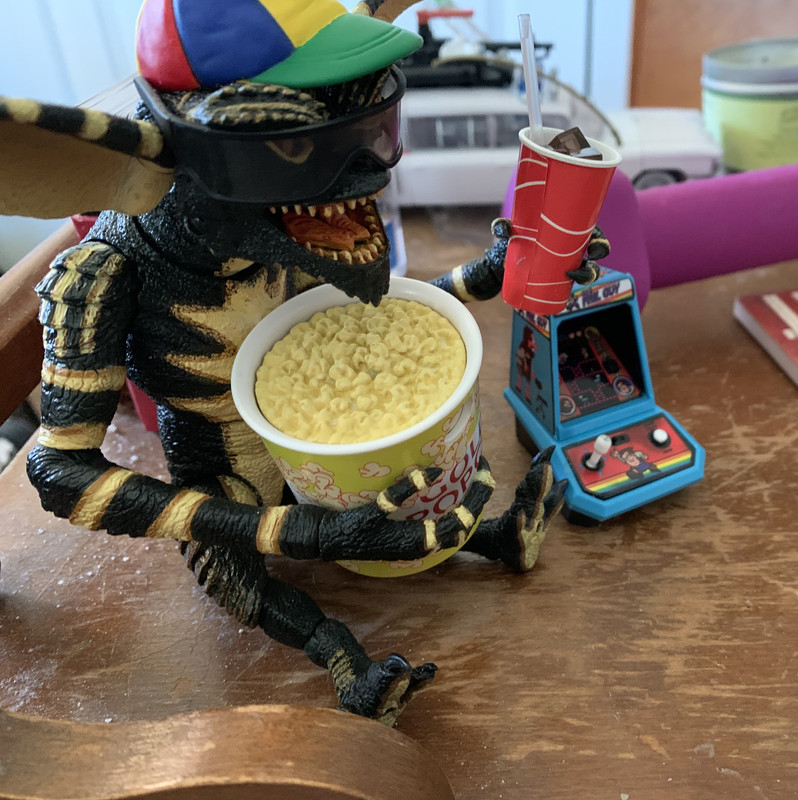 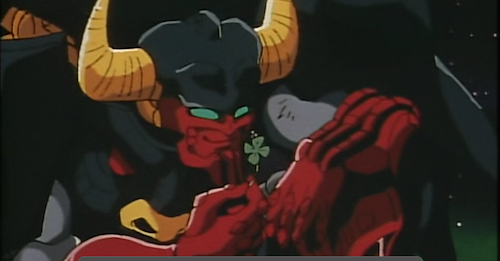 I know Im double posting, but I just cannot get enough of these Gremlin figures. This guy is usually wearing the brown scarf and hat, but I decided to show off the range of expression and articulation these guys have - aided by my current Transformer obsession, BotBots. Im kinda surprised how taken I really am with these - theyre just about the perfect toys.

One nice thing is something thats usually a downside - paint variation. The figures all differ very slightly in the use of the paint apps, which makes them look more like individuals. This particular one has more brown on his chest stripes than the others, another has a slightly deformed jaw that leaves him with even more of a grimace, and so in. 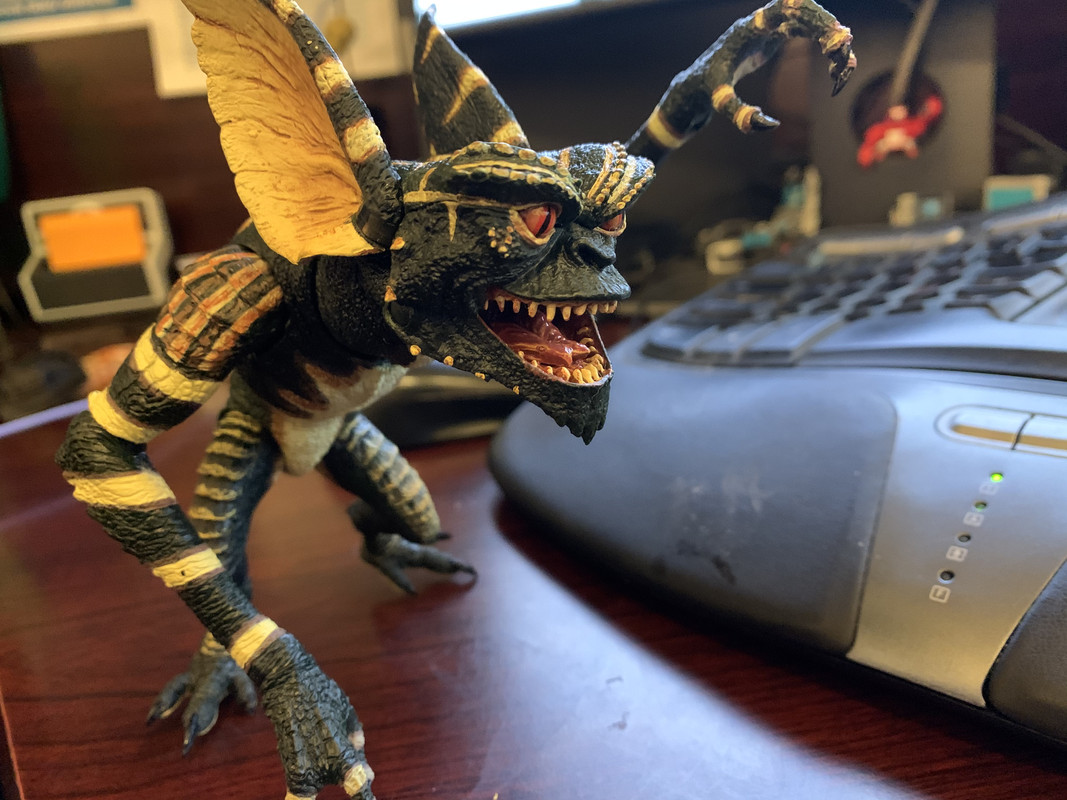 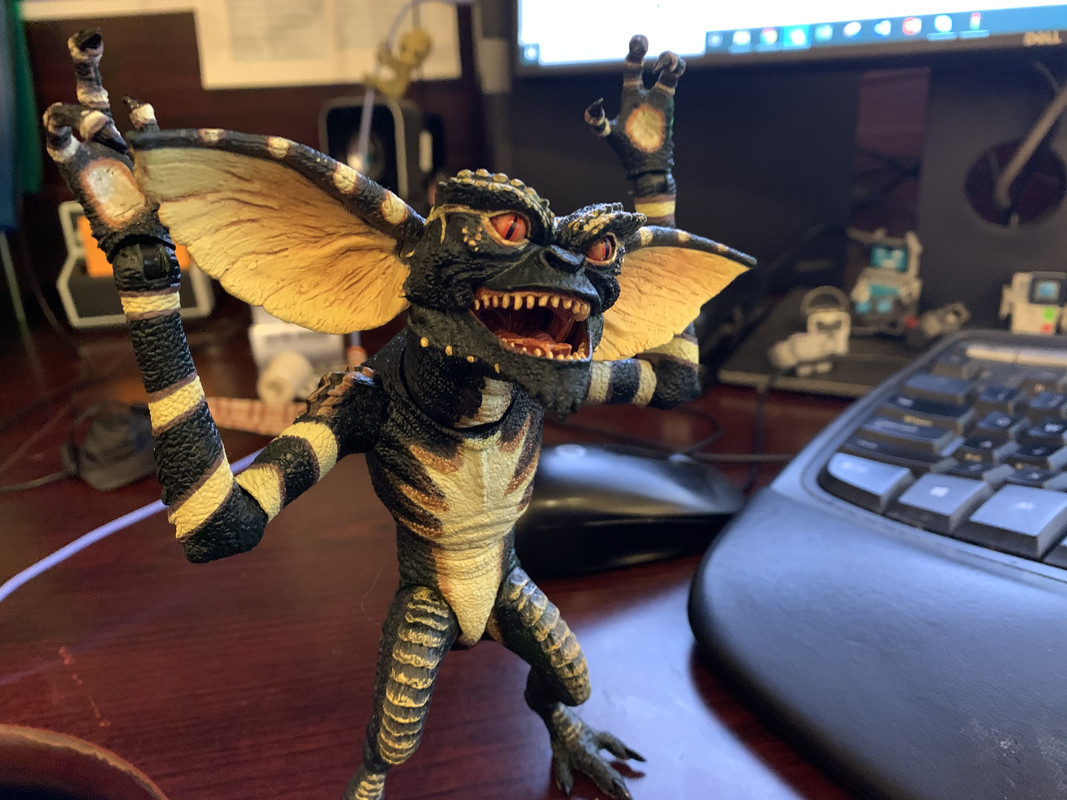 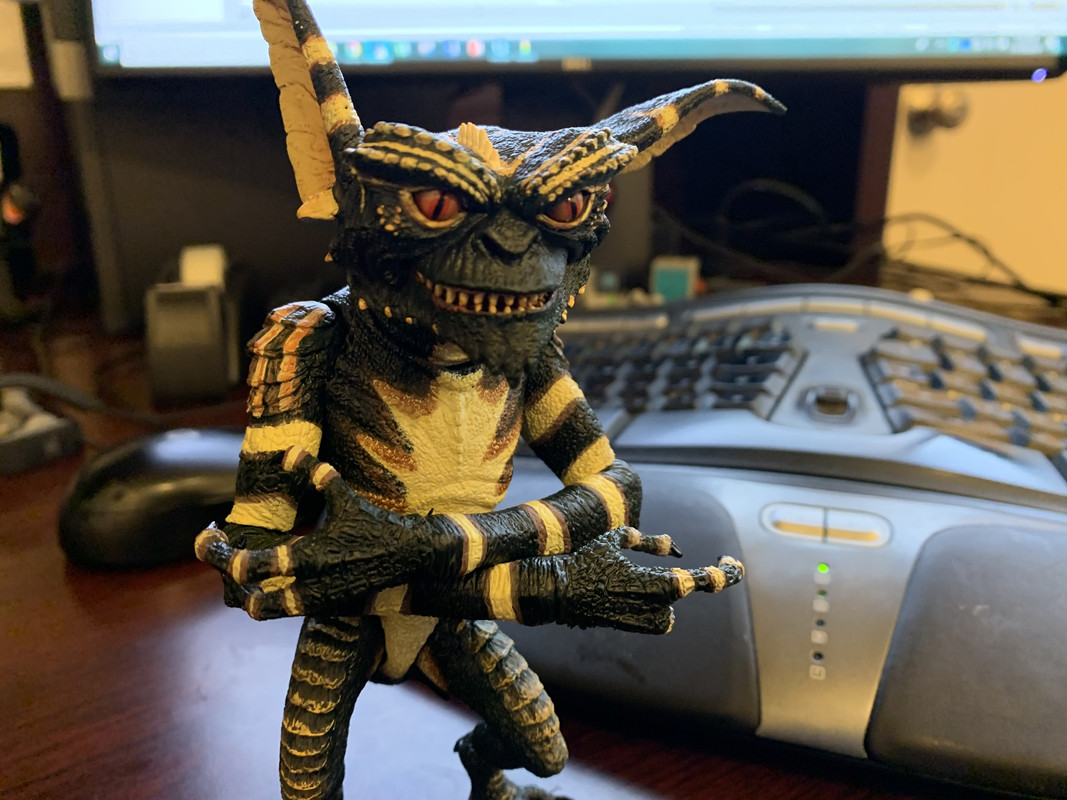 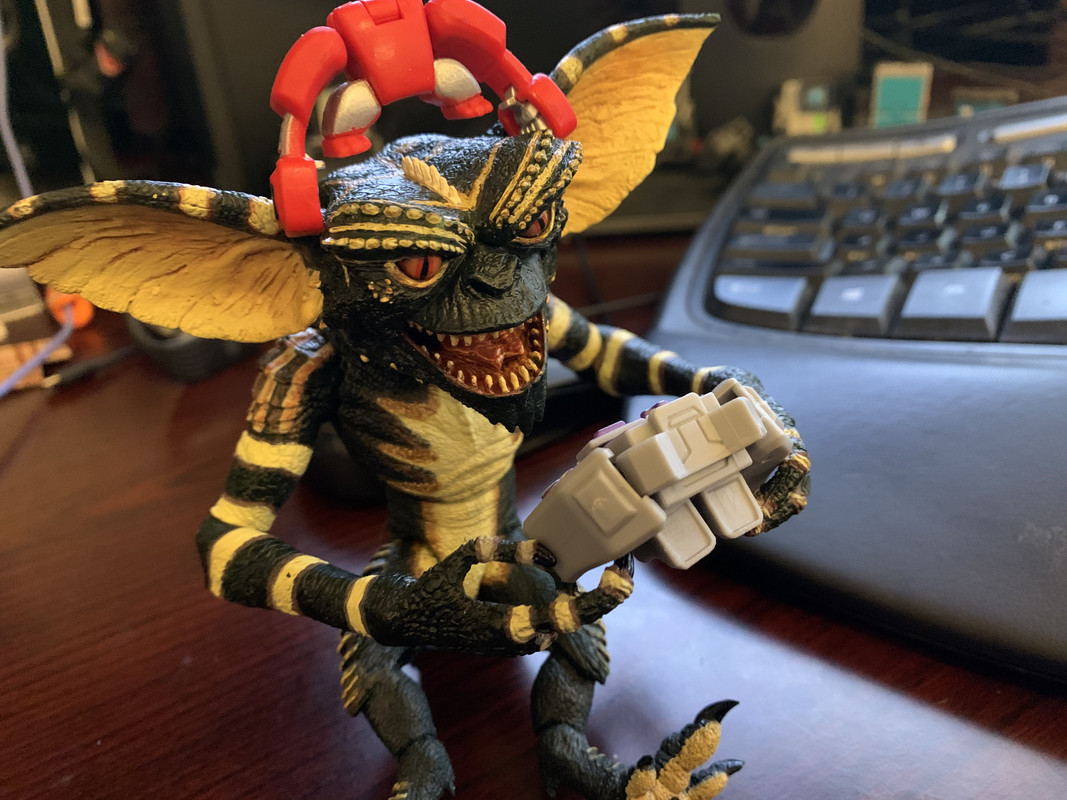 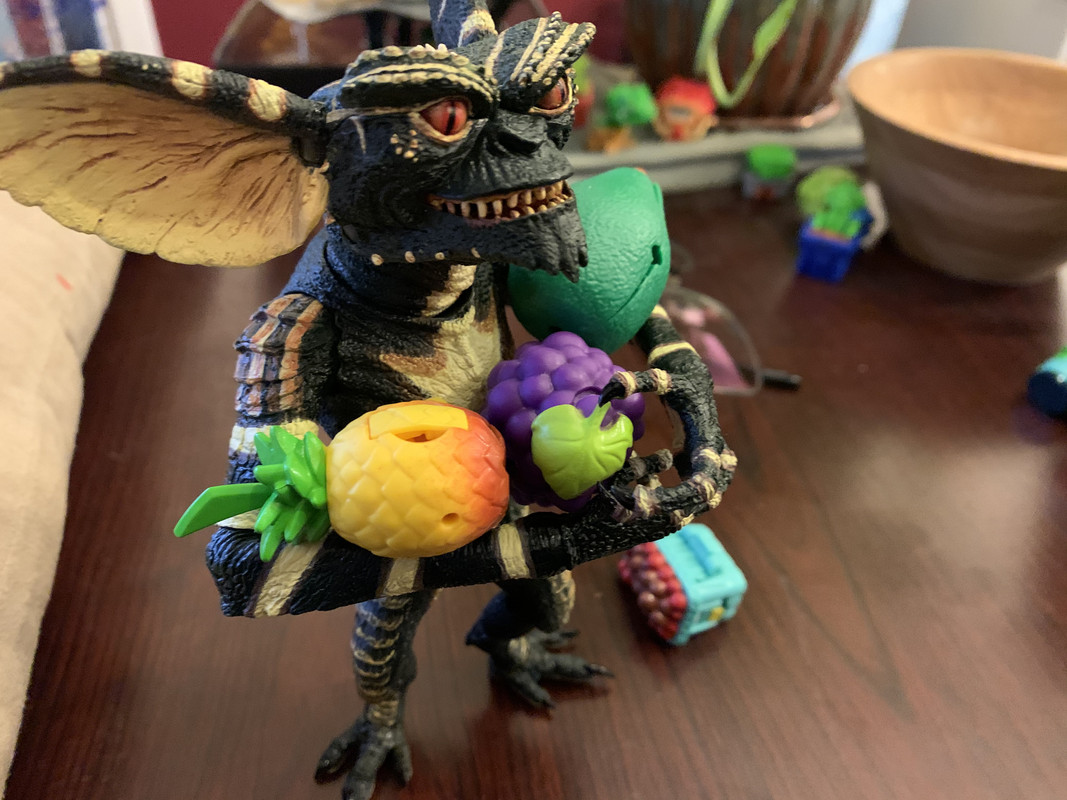 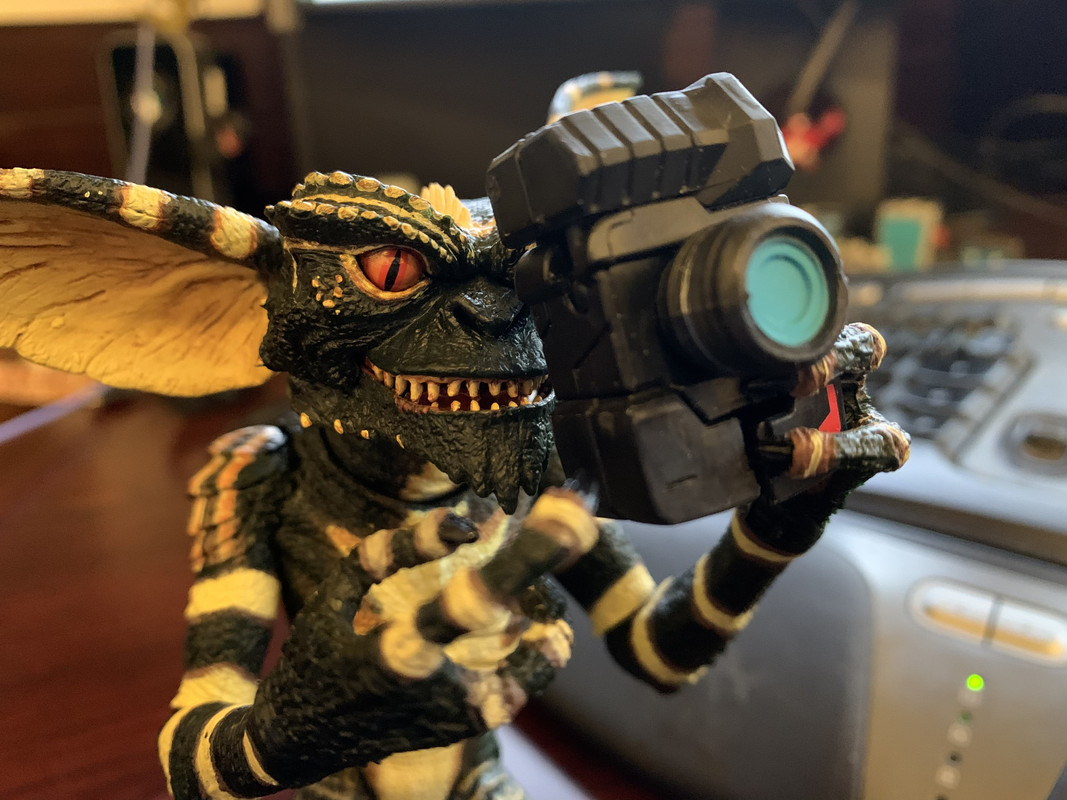 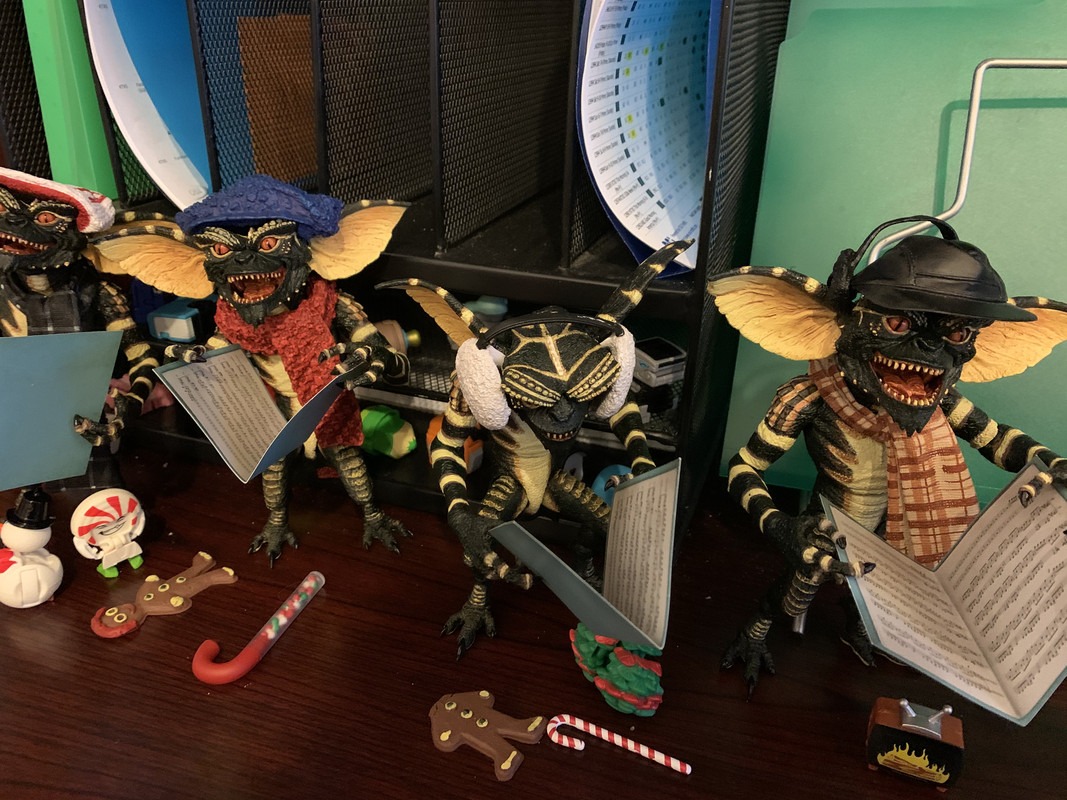 
The Elbows straighten fine - I just didnt put one in a dynamic pose that required it.

Theyve got swivel and bend articulation for ears, shoulders, elbows, wrists, thighs and both knees. Also two points in the neck, abdomen articulation, and ball jointed feet. Its pretty complete - about the only position I wasnt able to get him into that I tried was putting his arms behind his head like he was lying on a beach - elbows didnt quite bend enough for that.

A neat Gremlins-adjacent toyline that got kickstarted last month is Plunderlings.I think they're gonna start coming out in early next year.

A few quick shots from my Gremlins shelf (which has become crowded and chaotic, as it should be) to go with Master Fwiffo's love.

Nice! Looks like youve been collecting the little buggers for awhile. Hows the Ultimate Gizmo?

The pics you posted had their elbows all bent so I thought they were stuck that way, hehe.

Late for Halloween but totally a Christmas set up

Nice! Looks like youve been collecting the little buggers for awhile. Hows the Ultimate Gizmo?

That's just "Sad Gizmo", I didn't bother picking up Ultimate Gizmo. I prefer his original look over his G2 look so I waited for this one, back when they were actual doing waves of Gremlins figures. Though the "Rambo" Gizmo would be nice to go with the Spider Gremlin. Which, incidentally, NECA re-released the Spider Gremlin recently (within the last year?) so it's still available for regular retail pricing online. The sculpting and paint on that are insane, as you'd expect.

Yeah I've been a fan since the first movie was released in '84, and following what NECA's been releasing since 2003. I thought those original releases were great, but of course they keep outdoing themselves with the new stuff. (The older Gremlins toys just get shoved to the back of the shelf as crowd filler!) You just have to be patient with NECA and this license, but they've got a pretty strong batting average for getting stuff they've shown out eventually. I think we're down to just Greta (the girl Gremlin) and a "type 2" style Gremlin from G2 for figures that they've shown that haven't been released yet. Besides some pods and melting Gremlins.

I'd love to seem them do some "metamorphosis" box sets, with a mogwai, cocoon, and Gremlin. I'd kinda hate it because I wouldn't want to rebuy some of the figures just to get some pods, but it would let them reuse a lot of their tooling and may reach a new audience now that they're in Target.

Gremlins is the one movie that, even tho I've only seen it a couple times, my brain can recall the theme music instantly. 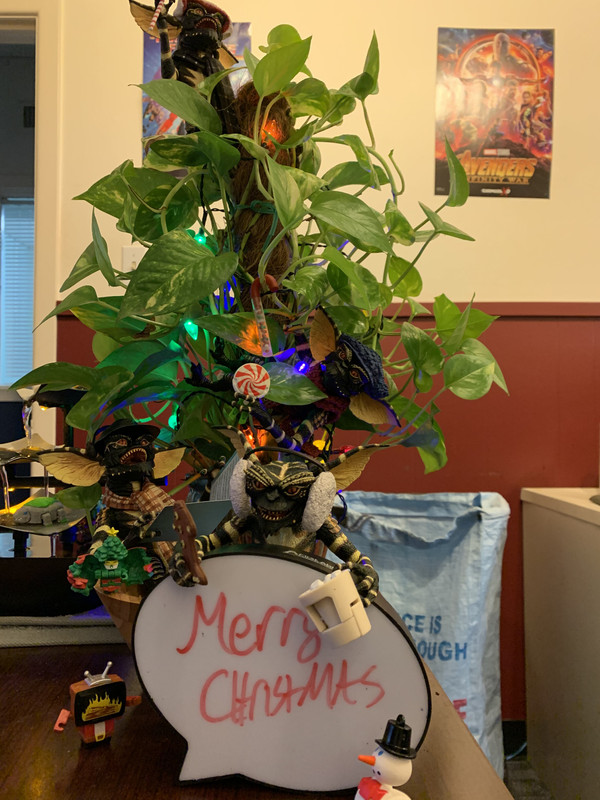 Gremlins is the one movie that, even tho I've only seen it a couple times, my brain can recall the theme music instantly.

Welp, that's in my head now. Thanks, Megs. 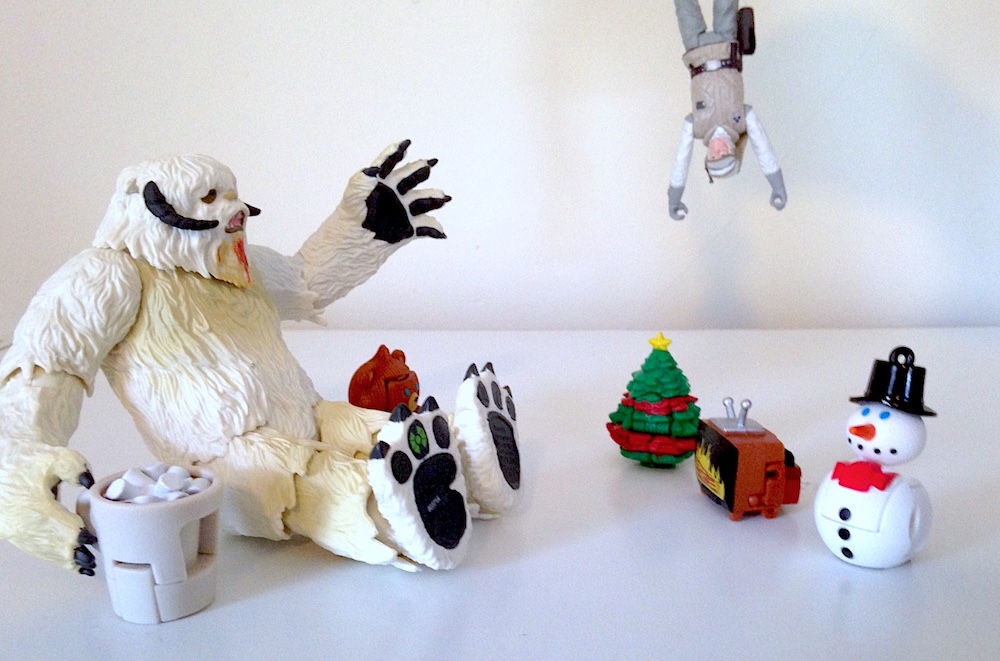 If you meet someone under the hanging Luke you kiss... Or lop their arm off. 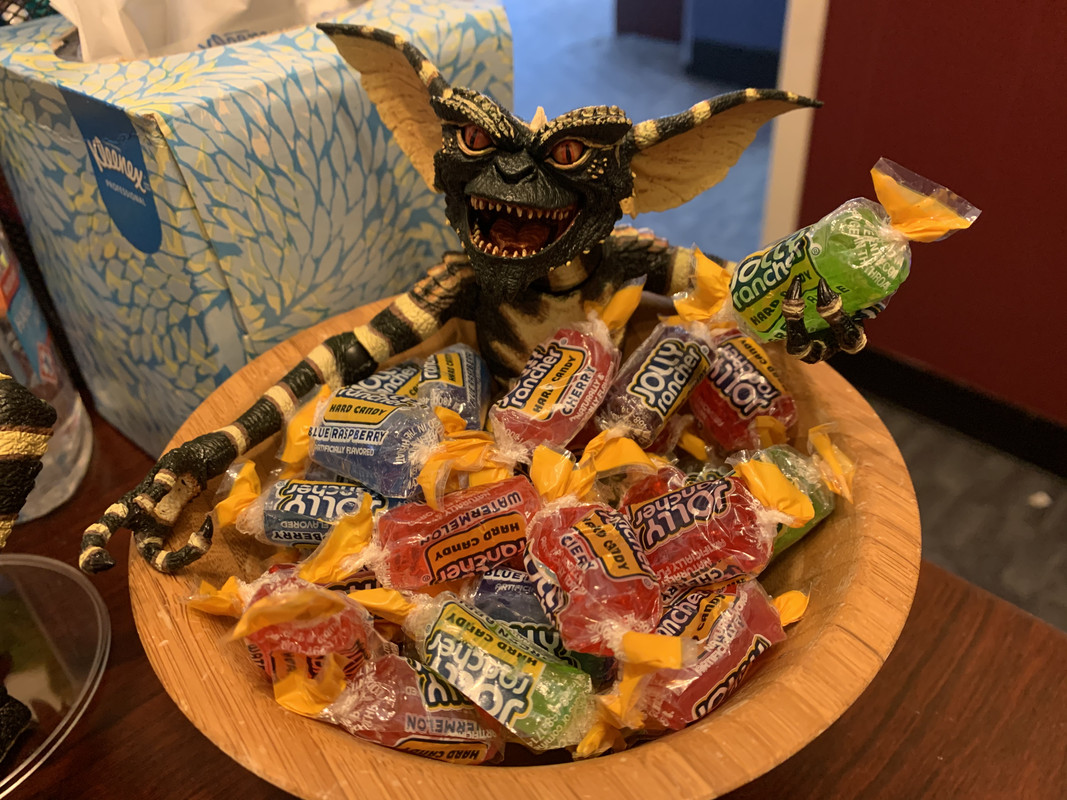 I officially have the best Candy Dish in the office.


Also Target had a 10 pack of Neca stands. They elevate these near perfect figures to perfection as they now dont risk falling over. 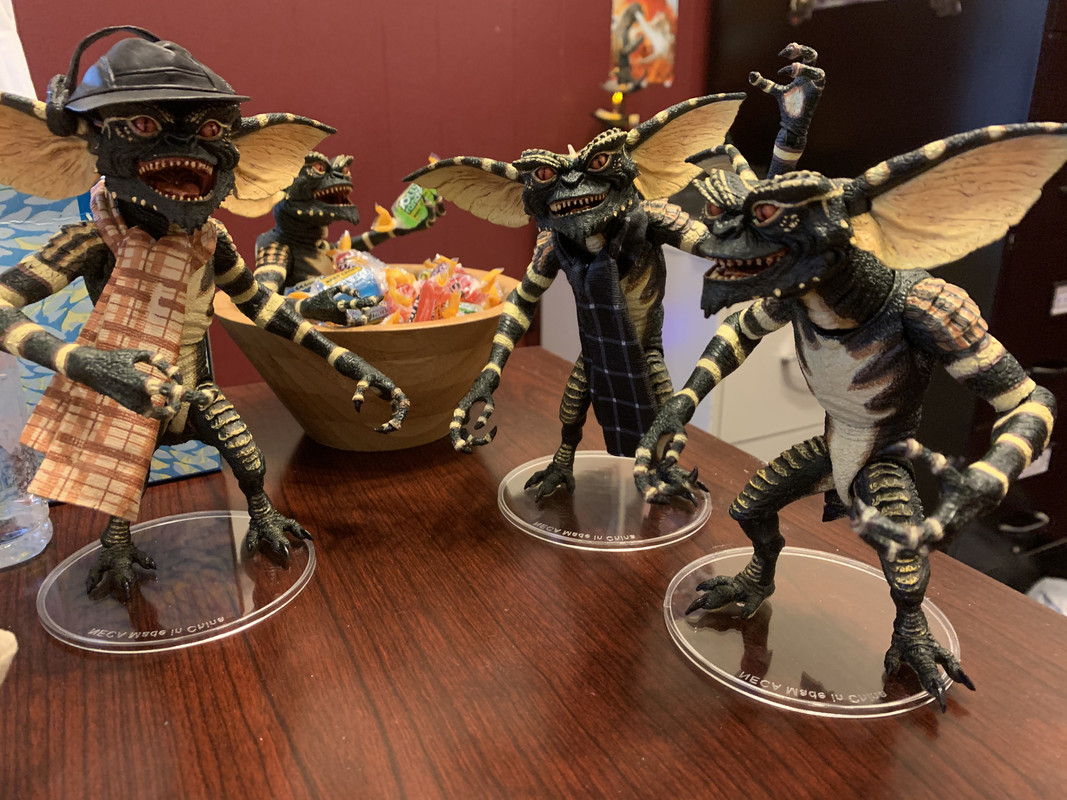 Oh God how many of these things am I going to buy? 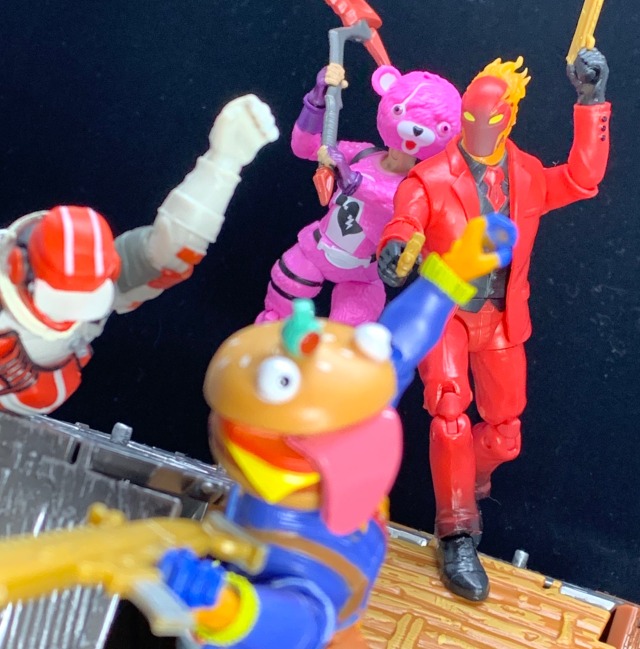 I've been getting into Jazwares' 4" Fortnite stuff and I'd been wanting to break my lightbox back out for a while now.

I kinda dig the guy on fire.  What's his name and how's he packed?

Inferno, and he's just a normal single pack figure. I think McFarlane has a 7" version of him too.