But your argument is that no hardcore gamers own a Wii to by RE 5... And yet you use Casual games as an example.

My arguement is that the market, or target audience, for the Resident Evil 5 is with the 360 or PS3. The content, not the difficulty or skill level dictates the audience. In fact, I'd say that you're likely to see the same people who bought say GTA IV and Halo 3 buying Resident Evil 5, and the records show that they have a ton of disposable income and very little to occupy their time, so Capcom is going to put their money maker on those systems and hope to sell, sell, sell.

Capcom has been doing port games, or exclusives, for the Wii, to keep more classically styled gamers, like yourself for instance, happy and get some of their disposable income, while intriguing the audience over on the 360 and PS3 side of things with familiar names of games, or familiar brands, on the Wii, while keeping other exclusives on the 360, so if say a Wii owner who's unfamiliar with the concept of Resident Evil picks up Umbrella Chronicles on a whim, they like it and get intrigued and look over to the PS3 or 360, thus opening another possibility for revenue for both the system producing companies, and the developer themselves. (Probably a deal Capcom worked out at the onset of all these exclusive titles.)

It's very underhand and money grabbing, but is a sound tactic from a business sense as well.

Ehh.. I wouldn't be suprised to see RE 5 on the Wii eventually.. Just like they had to downgrade RE4 for the PS2.

And you forget Metroid Prime, RE-UC which sold Rather well *not amazingly.. but your not going to find -many- PS3 or Xbox games that sell amazingly either*

After all Capcom apperantly couldn't be bothered to make new models or animations for RE 5.

And you forget Metroid Prime, RE-UC which sold Rather well *not amazingly.. but your not going to find -many- PS3 or Xbox games that sell amazingly either*

After all Capcom apperantly couldn't be bothered to make new models or animations for RE 5.

I can see it happening as well, but at the same time, they may just keep releasing Wii exclusive Resident Evil games.

Indeed they all sold well, but Franchise titles tend to do that(Gears of War II, Final Fantasy XIII and Fallout 3 should prove that very well), and there are classical gamers who are starving for a few more M rated games on the Wii.

It's true, most games don't sell spectacularily well but the numbers for the games that do sell well, sold better on 360 and PS3, and developers will mostly likely follow where they see the income is.

I have a 5 Game rule for a console - when it has 5 Unique games worth having or that I particularly want to play (i.e. there's some good games I'm not in a rush to play - I still have not got around to getting Call of Duty 2 for example)

I am therefore quite a way off buying a Wii or a Ps3 or a Psp for those reasons and I still have not desire to buy a DS unless I get an old shape one dirt cheap - simply as the screen is so small I'd not use it very much anyway... I might even end up using it as a media player more than anything else if / when i do bother with it.


The problem is not that I dislike Wii or Ps3 it's just that so many titles are multi-format these days that it can take a couple of years for enough unique titles that meet my specific tastes to arrive on another format - there's not point me buying a PS3 just to use the media functions - as I know i'd not use it much and I know I'd still buy most games on 360 format when they are multi-standard as they are a lot easier to get cheaper at the moment.

I've not been playing much since the earlier part of this year as there's been a bit of a quiet spot the last few months.

There's some titles from the last 6 Months i'm waiting to get on the cheap and I'm hopping that some games that got patched will be reissued in a budget line version with the patches applied already (such as Ninja Gaiden 3 or Bioshock)...

I think that there's some games I'd actually like to buy twice if they produced an tarted up version such as Halo 3 (with playable arbiter character and remixed weapon & vehicle placement in single player) Ace Combat 6 with the downloadable content already on the disc (it's to expensive to actually download it- and eventually it will be worthless anyway so they should eventually just give it away on a new version).

As for new games the only ones that springs to mind of immediate interest is Far Cry 2, Gears of War 2, a console version of Crisis. I might also have an interest in Final Fantasy 13 if the game play itself is interesting enough.

But there's not a huge amount of immediate interest - that's why I've been trawling through my Xbox1 & Ps2 back catalogue wants list lately instead - as at least then it allows for a broader choice of titles if I fancy a platformer for example - there's not very much choice of that soon - except for Banjo 3 (incidently they really should sell a tarted up Banjo Tooie as well - If that was on a special edition version as a bonus I'd be well stoked.

a winner is you

i heard that since the first TMNT game was a great one, they will be remaking it!

A life of sin is a life of damnation.

I'm kinda in the same boat as you Mighty Maximal. For me to warrent getting a system there has to be a good selection of games I'm personally interested in, for me to buy it. I wouldn't say five though, more like six or seven. Though it really depends on the type of games too.

There is however, one VERY MAJOR EXCEPTION to the rule.

Once Capcom says: "Hey this system is getting a new MegaMan game" That system becomes an INSTANT NEED TO OWN for me. That's just how much I love my MegaMan games. Course if the new MegaMan game is a Battle Network/Star Force it doesn't work. I just never liked that reincarnation of MegaMan.

When I got myself a PSP. It was ENTIRELY for Mavirck Hunter X, and MegaMan Powered Up. For the longest time that was all I had for the system. Some may think it was a waste. But frankly: I didn't WANT to wait to play the new MegaMan games. I wanted to play them like the day before they even came out. So well worth it, and now I have a nice little collection of games for it. ^_^

As it stands right now, the only two Next Gen systems I really want are an Xbox360, and a Wii.

An Xbox360 mainly for one simple reason that still pains me to this day. Devil May Cry 4. I want this game. I need to play this game. But unfortantly I don't have the funds to get what's needed for the game.

The reason it has to be the 360 version is a couple of things. 1- It has rumble, and 2- There are actual OTHER 360 games I want to pick up. Like Eternal Sonata, F.E.A.R., Dead Rising, and Dynasty Warriors Gundam. (Yes I know a couple of those are on the PS3, but a couple also aren't)

The Wii became a must by when I learned of MegaMan 9, and Fatal Frame IV. Though Metriod Prime 3 is also a want. Though thanks to a friend, I at least got to play that game.

As for E3? I'll be on the look out for any news on Fatal Frame IV, and the Castlevania games comming out. Especally the one for DS. I'll probably look out for the Chrono Trigger DS, and Valkyrie Profile DS news too.

What I'm hoping for is an annouchment for a New MegaMan ZX game (which probably isn't ever going to happen), and MegaMan news in general, and any news on a possiblility of a Zone of Enders 3.

I'd hold out for news on a Bloody Roar 5, but I already know that ain't happening.

You do know that Megaman 9 will be on XBLA as well right?

I wish I knew where I put my Old SNES & Megadrive (Genesis) Turtles Games They's be well worth a replay - the scrolling Beat 'em Up was cool [Hyperstone Heist ?] (better I think I liked it more than the more recent ones they've made on newer machines or even the actual old arcade game) pretty darn cool too was the one on one Beat 'em ups.

I'd love to see a Turtles Universe One on one style Soul Calibur like game - heck the turtles as guest Characters in any further Soul Calibur games would be rather neat too.

I'm kind of shocked that the "demise" of Flagstaff Studios did not make it in here... 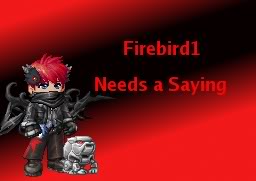 That wasn't really E3 news though. That broke last week.

the two next Final fantasy games are going to X-box

We know about FF13, but what is the second one?

Ah, what the heck. What is in a name?

We know about FF13, but what is the second one?

Yeah. FF Versus 13 to be exact. An action game by the Kingdom Hearts people wich takes place in the same world as FF13 but in a different time period and place.

*I have a Deviant Art gallery as well.

Got a link to where that was announced too? I missed that.