Just starting this early so we can keep all the general info here. If and when you see some E3 news post it here and help keep the rest of us informed!

Wii is for kids and old people.

Man tears will be shed if a new Zelda trailer is shown.

Man tears will be shed when the FF7 remake isn't shown again.

I'm looking forward to news on:

1. Rock Band 2 (come on, tracklist! And confirmation of whether or not RB1 songs can be downloaded into RB2!)
2. Animal Crossing Wii (heavily rumored to be finally officially announced)
3. Resident Evil 5

Totally one of gods gifts to women!

"It is difficult to get a man to understand something when his salary depends upon his not understanding it". - Upton Sinclair.

"Think of how stupid the average person is, and then realize half of them are even stupider than that!" - George Carlin.

"Life is what happens to you while you're busy making other plans". -John Lennon.

"A lot of things have been done in the name of Jesus that heaven does not approve of" - Jostein Gaarder.

"Before you diagnose yourself with depression or low self-esteem, first make sure that you are not, in fact, surrounded by bungholes." -William Gibson

I'm so looking forward to Animal Crossing - but on the Wii - being announced.

Trying to tie all these E3 threads together, you have this bit of news from Nintendo: Nintendo introduces Motion Plus

Also the Microsoft press conference will start at 10:30 AM PST.

8 more months? Man, this game is going to rock and I don't want them to rush it, but I wish it would come out already!

Still say they should make a version of it for the Wii. ;P

I'd enjoy the aiming a lot more. That's for sure.

I'd enjoy the aiming a lot more. That's for sure.
Still agree with you.

Sure does look pretty, though.

I'd enjoy the aiming a lot more. That's for sure.
thinking back to Transformers the Movie game, where the developers downscaled it a bit to medium res on the Wii and the fact the consoles capable of HDR lighting and heat haze effect, it's still a possability otherwise Capcom has a 'suirprising take on a next gen favourite' for the Wii. 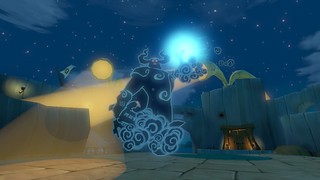 True.. Though if I put it in either system the 360 or Wii at my office now.. Most people wouldn't notice the diffrence.


Stupid Techs who set up the 360 have it running through Composit.

Worse yet.. no one has noticed!

I'd enjoy the aiming a lot more. That's for sure.

Better graphics(which is part of the presentation and the presentation is an important part in the game, as well as the marketing of said game), more classical gameplay(I prefer two sticks and a couple of buttons to motion control.), plus think of the audience(Late teens to 20 somethings) they're aiming for and what systems they have.(This of course, is a generalization as to who would actually buy RE5 in the first place. I consider the fact that everyone and their dogs have Wiis now adays, but for the most part, Wii owners are pick up and play, or 'simple' style gamers. Fun, but not super complex, difficult to play fun.)

Plus, from a gameplay stand point if they're going for realisim(something that I happen to find profoundly stupid, considering that video games are an escapist genre), aiming a pistol at a horde of zombies is not easy to do, hell, aiming a gun is an all around difficult thing to do. The point and click style shooting of the Wii could remove some of the realism they're going for, considering RE4 as an example(Which is really, a masterpeice of a game.) I'm not sure if that's how it works on the Wii version of RE4, having never played it, though. (All my friends who have it got it for PS2 or Gamecube when it was originally released, so yeah). Anyone care to fill me in?

360 and PS3 are the way to go for M rated titles, both from a developer sense and a player sense, which is in an odd way, a sort of symbotic relationship.

The Wii is a pick up and play sort of console, or at least, it's marketed in such a way, and I'd say on the majority, most owners of the Wii wouldn't buy, or even be interested in, Resident Evil 5. Same goes for GTA games.

Games come out or don't come out because of the marketing, and Capcom is clearly trying to appeal to the disposable income, low responsbilites crowd (Late teens to 20 somethings.) who want to shoot the crap out of some zombies.

and Older Adults and Kids aren't really the target audience for Zombie shooting action, and unfortunately, that's the target audience of the Wii, meaning that developers of more complex, M rated games will for the majority, place games on the 360 and/or PS3. (Not to say that Developers don't throw more classical gamers(I'd say the SNES generation. The NES generation is a bit wider, but the SNES era tends to be where today's definition of 'gamer' came from.) who have the Wii a bone every once and a while. No more heroes is a good example.)

That's how I see it, anyways.

Thats why RE 4 sold amazingly well on the Wii huh?

The Wii version of RE4 pretty much perfected an amazing game. The wiimote controls were really just beautiful--simple, accurate, and fun. And yeah, last I heard, it sold pretty well... given that it was already out for years on GCN, PS2, and PC, that's no small feat.

So yeah, I think people would buy it, and I think it'd be a great thing... even given the obvious graphical hit required.

To be honest, It sold better on the Gamecube and the PS2 than it did on the Wii.

Amazingly well is debatable.(Halo 3 and GTA IV fall into 'amazingly well' catagory for the current generation, others pale in comparison.)

RE4 had word of mouth, extremely good reviews and the fact that it was a masterpeice of a game on it's side. Meaning that with additional content, people were picking up Wii's for RE4, not the other way around. (The consoles marketed at children[which is never a bad way to go, when it comes to marketing] and a marketing pool that has been largely been ignored over the past few generations, the adults who haven't played video games since Atari)

Unfortunately, as much as the Wii will be defended, sales figures brought up, etc. it doesn't change that fact that the two renouned, M rated franchise games came out/ are coming for the 360 and the PS3 and not the Wii.

Also, what I found interesting about the gamecube/PS2 versions of RE4 was that the guns were hard as hell to shoot, accurately. Simplicity really takes away from some the realism. (Which is a term I hate in reference to video games, but meh. People want it, so developers are gonna do it.)

You do realize GTA and Halo are the two most casual games out there right?

Indeed and they sold in record shattering numbers, on two(technically one, in Halo 3's case) system(s) that are in less households(in fact, quite a few less households) than the Wii.