A blast from the past - the Beast Wars Neo... Matrix Cannon!


No replies to this topic

Two months ago, back in May, I placed an order for something from RobotKingdom. An item that they had only one of in stock, and which just so happened to be Beast Wars Neo-related.
The item was too big for air mail, so thanks to the pandemic, it had to be put on the slow boat.
Two months later and it finally arrived at my place a few days ago. I opened it up yesterday, and boy howdy, do I got something to share with y'all.
This toy, this Beast Wars Neo toy, is apparently something that is not that widely known about here in the Western World. For you see, this toy has yet to have its own TFWiki article (at the time of this typing), and is barely even mentioned on the Wiki at all (mostly just some currently redlinked edits on the BWN toyline page and the general Matrix page that I made awhile back).
What I have here to share with you guys is, specifically, not a Beast Wars Neo action figure, but rather, a Beast Wars Neo... role play toy!
Behold... The MATRIX CANNON!!!
(Disclaimer: these pics are not actually mine; they are pics of the toy that I found via a Google Image Search since I have not yet taken any pics of my copy, but these are still of the same item in question) 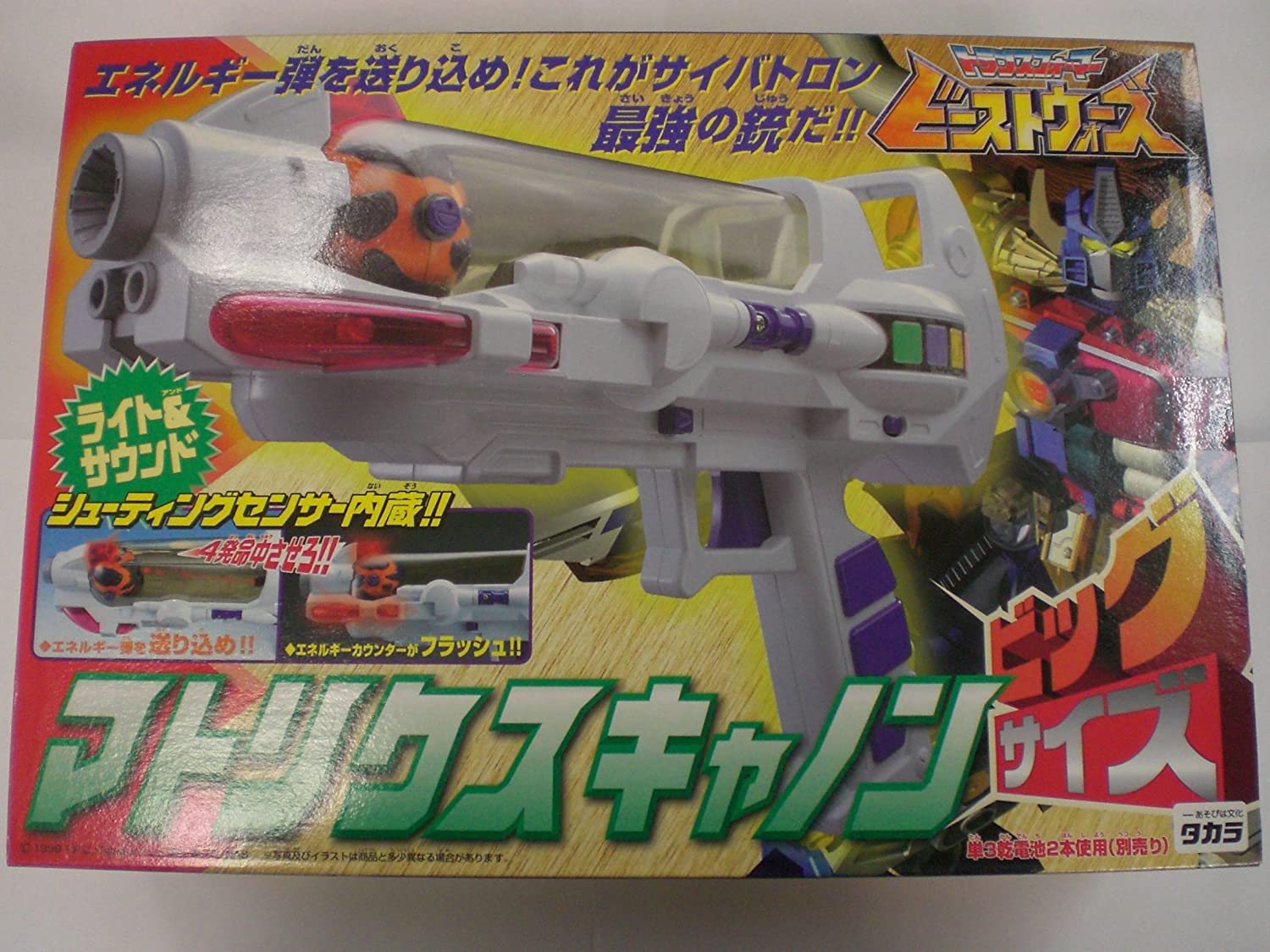 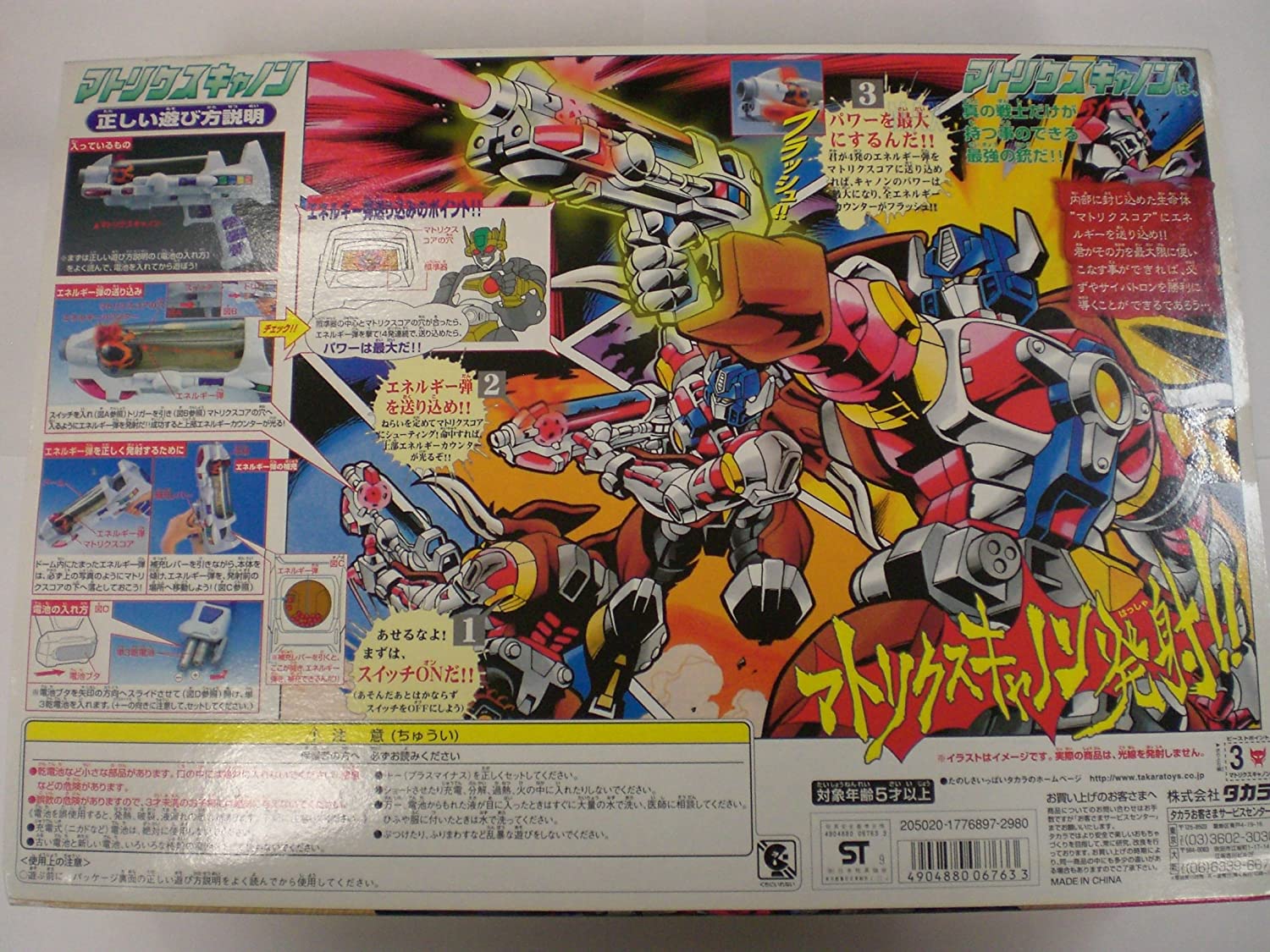 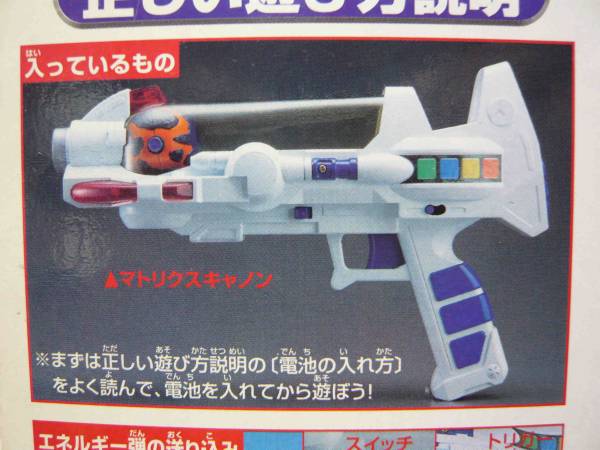 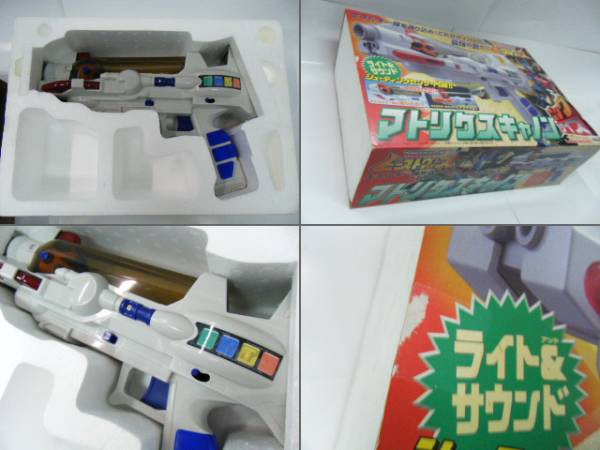 In-fiction, the Matrix Cannon is one of the standard issue firearms of the Maximal faction, belonging to no single individual. While the packaging boasts about its being "the strongest Cybertron (Maximal) gun" and which "only true warriors can have", it certainly pales in comparison to the destructive might of Big Convoy's personal weapon, the Big Cannon. And while multiple Maximals could wield it in the show, Stampy was the one who was most often seen using it, but in which cases no significant attention was ever given to either it or its fancy-sounding name.
Yeah, one would think that with a name like "Matrix Cannon" it would have some special relation to either the Energon Matrices of Maximal leaders or to the original Autobot Matrix of Leadership. Yet, by all appearances, it does not seem to have any such connection, with the name just being an attention-grabber. Still, that does not detract at all from this toy.
As pictured above, the toy is packaged inside a big Styrofoam tray and held in place by two little removable Styrofoam rectangles, each at the front and back of the gun. The Styrofoam tray itself is covered by a cardboard sleeve that features all of the box art seen in the above images. The sleeve is attached to the Styrofoam by some small pieces of tape. Getting past this tape will allow the sleeve to be slid off of the Styrofoam in a horizontal direction, revealing the Matrix Cannon contained within.
The gun itself has electronic lights and sounds and even functions as a sort of shooting game. Inside its translucent barrel are several tiny, round plastic pellets called Energy Bullets that are launched forward by a spring-loaded mechanism activated by pulling the gun's trigger. The pellets are shot forward inside the gun's barrel in an attempt to hit a specific targeted area on the orange and purple sphere seen inside the barrel in the above pics. This sphere is the Matrix Core, and has a little hole carved into the side of it that the Energy Bullets are supposed to hit. The Matrix Core balances around inside the barrel by a gravity weight that keeps it always facing in approximately the same direction.
On the back of the gun is a little translucent sight window that enables the gun's wielder to align the sight with the Matrix Core's hole. Getting one pellet to hit that hole will cause the red Energy Counter on the top of the gun to light up and make a noise. Getting four consecutive hits on the Matrix Core's hole will then cause all three Energy Counters on the top and sides of the gun to flash and make a new sound. According to the packaging, this means that the gun's power has been raised to maximum power, at which point "you can surely lead the Cybertrons (Maximals) to victory!"
Despite being for children, this game isn't quite as easy as it sounds, as hitting the targeted area on the Matrix Core can be tricky if the gun isn't aligned absolutely perfectly. But thankfully, the whole thing is contained with the gun's barrel, so there's no danger of either losing any of the Energy Bullets or accidentally shooting them at someone or something. The pellets themselves are especially tiny, so they'd be very easy for anyone to choke on.
Anyway, once the ammunition runs out, you simply tilt the gun forward to get all of the pellets into a little shaft under the Matrix Core, and then tilt the gun backward to make all of the pellets run down the body of the gun to bring them back to the launch chamber at the back of the gun. You then pull the refill lever on the side of the gun to open a small door that let's the pellets return to the chamber where the firing mechanism is, and then resume play as normal. There are no additional levels of difficultly, as it is a simple game of merely hitting the target four times to make all of the lights flash.
Overall, the design aesthetic of this thing feels very similar to the look that would, years later, be applied to toys of the 2004 Super Sentai series Tokusou Sentai Dekaranger, which would be adapted into Power Rangers S.P.D. in 2005. In fact, one not in the know probably wouldn't have even guessed that it was a Beast Wars toy at all. It's a mostly off-white/light gray gun with a futuristic design, sporting red flashing lights that give it a sort of "space police" motif. Purplish-blue highlights the gun as its secondary color, while the sides of the chamber are adorned by pre-applied black decals with squares colored green, blue, yellow, and red that, upon closer inspection, have what looks to be some sort of circuitry-styled pattern.
All of the sound effects are blast noises, so there are no voice clips included. The barrel's tip is colored medium gray and is a solid piece connected to the gun's body by a screw at the center of the tip. The Matrix Core inside the barrel is an orange sphere covered in purple "islands" (for lack of a better term) that it make it look like some kind of planet design, while its hole resembles a sort of planetary crater that also calls to mind the design of a certain Monster Planet who also featured in Beast Wars Neo.

The Matrix Cannon requires two AA batteries, which are inserted into the gun's handle in the similar manner to how an ammo magazine would be inserted into the handle of a handgun.
All in all, I am satisfied with this thing. It's a kids toy at its finest and doesn't try to be anything more than that, but that's what I was expecting. I went into this thing mostly blind, unsure if it would just be a lights & sounds toy or if it could actually fire any kind of projectile like a Nerf gun. I was pleasantly surprised to find that, while it does shoot plastic pellets, they are confined within the sealed barrel of the gun and thus cannot be lost or cause any harm. My original plan was to buy this thing and bring it with me to RoboCon to play with and show to people there, but that didn't happen thanks to the pandemic forcing the con to be switched to a virtual online convention. Still, I am happy to have this thing as a part of my Beast Wars collection.

"When there's gold feathers, punch behind you!!"
.
QUOTE(Bass X0 @ Aug 17 2013, 08:20 AM) <{POST_SNAPBACK}>
I think the concept of being educated and being able to educate is something that more people need more of in their lives.

No, we don't all know everything but we should spread and share that what we do know.

If I'm consistently misspelling a word, I would want and expect people to correct me as should I imagine all decent people who know the value of good literacy.

Its just arrogant laziness to know you're spelling a word incorrectly and not correct yourself or ignore the advice when people do tell you how to spell a word correctly.
Back to Transformers Discussion · Next Unread Topic →