Ok here’s Sharky’s quick and dirty histography of the invasions of the British Isles. First up is Julius Cesar in 55 BCE.   Well his first invasion was in 55, after being initially repulsed by the natives he tried again in 54 BCE with five legions instead of the two he had brought initially. Things seemed to be going well for him but rebellion by some of the gallic tribes he had  conquered under Vercingetorix forced him to make a peaceable arrangement with the locals where they would provide Rome tribute in exchange for them forgetting Britain existed.

11 years later the legions of Emperor Claudius conquered the area around  what eventually would become London and gradually spread out across the island eventually stopping at a place called the Stanegate.  This conquest of the island took till 87 BCE and stopped in the area where Scotland and Britain butt up against one another. I won’t go into Hadrian’s wall here much, but I will say its not accurate to say it was built to keep the Picts out.  Historians and Archeologists don’t know the exact reasons why the wall was built, with the keep out the Picts theory being just one of several.

Next up is the Carausian Rebellion in 286 CE, where Romans invaded Roman territory, so I guess it counts?  A Roman naval officer named Carausius who had been charged with keeping the English Channel clear of pirates ,decided he liked the sound of Emperor before his name and with the support of the two British legions, the pirates he had been charged to defeat and three gaulic regions rebelled against Rome.  This of course sat poorly with the current Emperors of Rome ( don’t ask it’s a long story) so they spent 7 years building up a fleet and steam rolled over Carausius’s allies who had assassinated the man before and were making a general nuisance of themselves to the British populace.

Now we get closer to better documented times, the Saxon Migrations into Britain. By this time, the western roman empire was on the verge of collapse. The outer provinces of the empire were abandoned to their own fates during this time period with the legions guarding them being recalled for Italy’s protection.  Into this convenient power vacuum came the Saxons. There were several waves to the migrations of the Saxons over a period of centuries, so it is a bit of an exhaustive topic. The main point ot get is this is what slid Britain from a Romanesque culture into a Germanic one and began the English language’s descent into madness.

im just going to copy a list form Wikipedia now as were getting close to the area of time I don’t know that much about.  Hope this has answered some questions, and if not hug it I  got to use me degree for the first itme in years.

The eighth to eleventh century invasions of the British isles by the Vikings.

Invasion and partial conquest by the Great Heathen Army in 865

Danish invasion of England, ending successfully at the Battle of Assandun in 1016.

The 1066 Norman conquest of England under William the Conqueror.

The 1136-1138 invasions of northern England by David I of Scotland and subsequent occupation until 1157.

The 1139 invasion of England by Matilda during The Anarchy

The 1216 invasion of England by Louis VIII of France and Alexander II of Scotland, during the First Barons' War.

Various invasions by the Scots from 1314-1513 during the Wars of Scottish Independence, the Hundred Years' War, and further Anglo-Scottish Wars.

The 1326 invasion of England by Isabella of France and Roger Mortimer, leading to Isabella's regency until the ascendancy of her son, Edward III.

The 1386 invasion by France was organised but never executed during the Hundred Years' War.

The 1470 invasion in support of the Readeption of Henry VI

The 1487 invasion from Ireland of the pretender Lambert Simnel, who claimed to be Edward Plantagenet, 17th Earl of Warwick, the rightful king.

The 1495 landing with troops at Deal by Perkin Warbeck, who claimed to be Richard of Shrewsbury, the rightful King.

The 1513 invasion of England by the Scots under James IV, which culminated in the Battle of Flodden

The 1545 French invasion of the Isle of Wight during the Italian Wars.

The 1588 Spanish Armada was a failed invasion of England after it was heavily defeated by storms and the English fleet.

The 1596 2nd Spanish Armada shattered by storms off Cape Finisterre

The 1597 3rd Spanish Armada dispersed by storms off the Lizard; landfall by small number of Spanish troops in Cornwall and Wales.

The 1640 Scottish Covenanter invasion of England as part of the Second Bishops' War, culminates at the Battle of Newburn.

The 1644 Scottish Covenanter invasion (led by the Earl of Leven) of Northumberland as part of the First English Civil War.

The 1648 invasion of England by a Scottish army in support of Charles I (King of Scots) against the English Parliament, launching the Second English Civil War; defeated at Preston.

The 1667 Dutch Raid on the Medway and Felixstowe Landguard during the Second Anglo-Dutch War.[1]

The 1688 landing in England by William III of Orange, known in historiography as the Glorious Revolution.

The 1690 attack by the French on Teignmouth, Devon.
and the nazi invasion of the channel islands.

79 replies to this topic

I majored in history in college, and I want you guys to ask me history questions.  Ask me anything, and I will do my best to answer the question as soon as possible and without consulting any outside sources.  If I have to, I'll post the source with my answer.  I will also do my best to respond to your questions as soon as you ask them, but if I can't, please give me up to a day before you start pinging me for answers.  Thank you for your time, have a nice day, and let the games begin! 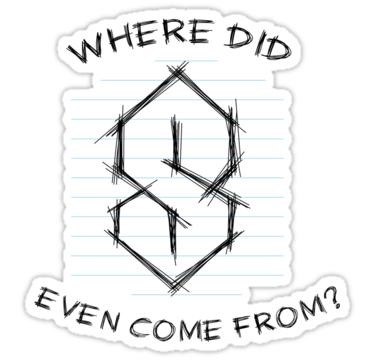 Ever dance with the devil in the pale moon light?

Here's a pretty easy one to start with, then, inspired by recent podcast listening:

Who was Procopius of Caesarea and why is he important to history?

Where where you during the Battle of Wolf 359?

Oh wait, that's a real one. Who was the Scott so great they became an idiom?

Ever dance with the devil in the pale moon light?

Where where you during the Battle of Wolf 359?

Here's a pretty easy one to start with, then, inspired by recent podcast listening:

Who was Procopius of Caesarea and why is he important to history?

What I didn't need to search the internet for: Procopius of Caesarea was a sixth century Byzantine historian who heavily criticized Emperor Justinian I in his unofficial histories while praising him in the official histories.

What I needed the internet for: He also recorded the military campaigns of Belisarius and is considered the last major historian of Late Antiquity (https://en.wikipedia.../wiki/Procopius).

The letter or the logo?

Everyone, please let me answer these questions.

Put them in chronological order

so did i. this is the only time you will ever use your degree. EVER.

It'd be more useful if the world was actually willing to learn from history, but, well......

How many people died for Canadian independence?

How many people died for Canadian independence?

Put them in chronological order

If I'm remembering correctly: Battle of Britain, Battle on Ridge 13, Battle of the Bulge, and Battle of Hamburger Hill.

your wrong on the deaths for Canadian independence question. there were several  armed rebellions that failed against British rule. As punishment for the next week you must cite everything Destron says in Chicago style.

Also tagged with one or more of these keywords: Q&A, History