34 replies to this topic

This show should had ended in 2000 with Behind the Laughter.

I've been a fan of the Simpsons since i saw them on Tracy Ullman in 87 and 88 when i was 5 and 6 years old and loved those shorts and i taped every episode of the show from 1989 to 2000 and the show should had DIED with Behind the Laughter! It was a biting satrical show with intelligence, heart (mother Simpson for example), humanity, soul, anti-authority/anti-hollywood social satire and excellence with a proper use of celebrity guest voices. Even quality writing with wit/snark/sarcasm and intelligence especially by Conan O'Brien and relatable characters.

I mean Lisa was a voice of reason, Marge was a lovable sexy mother, Homer was a dumb but likable father who had heart, Bart was a brat with heart and all that. I mean you had the brilliant touching episode of Mother Simpson which was the most moving animated thing i saw at the age of 13 along with Barefoot Gen, i mean Alf's score to that episode was very moving and memorable. You also had classics like Old Money which is one of my favorite episodes as that had heart, realism, sincerity and a good use of humor as i felt bad for Grandpa for losing his love interest yet had a uplifting ending on how Grandpa properly spend that money. There was Lisa on Ice which had a touching climax that had heart and sincerity to it as did Lisa's Substitute which is one of my fave episodes as that episode moved me as a kid even with "You are Lisa Simpson" note on it. On the "Bart sells his soul" episode, it had some excellent sarcastic smart well timed humor like the cleaner machine sequence.

I also remembered such quality episodes like my personal favorite episode being Krusty gets Kancelled which was an ingenious satirical episode that mocks celebrity life and had a proper use of celebrities than worship that culture as it was done the right way. That song "Send in the clowns" moved me when i heard that song sung from Krusty which was more from the heart than just for laughs like how when he sang badly during that "sending our love down the well" song. I also remembered when i was 10 when Itchy And Scratchy The Movie episode came out as that is one of my favorite episodes i loved, such a well written episode about Bart learning a big lesson and Kamp Krusty which is my third favorite episode of the show was a ton of fun. Then after Behind the Laughter, something was happening with the show as the characters were not the same ones i knew from my childhood/teenhood and i kept watching in 2000/2001 yet noticing more changes and all even in 2002.

I gave up on this show in 2004 and i moved on to other adult animation as the show was getting soured/stale since 2000 as i feel anything past season 10 is NOT The Simpsons but Zombie Simpsons! I feel The Simpsons is a product of the late 80s and 90s that belongs in it's own time and has no place in today's world.

Fox aka 20th century Sucks ( a formerly great studio ran by people who care before they went for greed/caring about money more than quality just like Sony as they are so incompetent). I bet some fans of the show who grew up in the late 80s and 90s like me who gave up after 2002 or 2003 or 2004 knew it was an abomination because gone was the intelligent satire, writing/soul/emotion/heart/intelligence is replaced by a living dead corpse of a show puppeted by the greedy Fox who only cares for money than quality as Simpsons is now just another Sitcom than a meaningful intelligent show with emotion/heart/intellgence/soul as Zombie Simpsons feel irrelevant nowadays compared to the 90s Simpsons and of course other adult animation nowadays.

I tried to watch an episode of Zombie Simpsons in 2014 where Krusty's dad died and man oh man i felt my brain was melting and wanted to punch the TV. Even seeing the Lady Gaga episode in clips nearly gave me cancer.

Yet if the show ends next year, it's better to kill something than let it suffer for it's losing more viewers and merchandise sales are going down the drain. This show has became a wounded fatally dying soldier that was shot a bunch of times in a war field and seeping behind a building with other soldiers and is asking "please kill me! please kill me so i won't suffer anymore" or being like Weekend at Bernies. The Simpsons had their time in the sun but since 2000 enough is enough, time to give up Fox and end this show next year! time to rest in peace, move on and done more than enough and more than enough episodes and more than enough episodes as it's becoming a joke of itself and Fox is hurting it's legacy, i feel like it's damaging things and i'm tired of it. I feel like Tom Atkins at the end of Halloween III with "Stop it, stop it, STOP IT!!!!". Plus had a good run in the 90s.

It's not only beating a dead horse, it's also beating a dead childhood/teenhood friend friend who needs to be buried. It's now a shambling soulless unfunny poorly written husk of a show.

I also feel with Conan and some of the other writers left even Phil Hartman's death, the show went downhill. The first 10 seasons even Behind the Laughter had life and since 2000 it's been on life support. But you know what, as i'm a futurama, My Little Pony FIM, Gravity Fall, Regular Show and King of the Hill etc fan, i'm very happy and glad they ended on good notes and didn't become shambling zombie corpses as it's better to let them rest in peace and move on to make new fresh adult animation.

I'm glad i stopped watching the show 15 years ago and moved on to other adult animation. I even saw the awful Simpsons movie in theaters which i had been waiting years to see after hearing in magazines since 1991 about it and it should had been made in the 90s and released around there or in 2000, now that would had been one hell of a thing instead of waiting too long as it's just Zombie Simpsons The Movie. 15 years ago, i finally did said "so long childhood partner, i will miss you" as i knew the show is dead and i moved on to cherish this show on DVD on Simpsons 1 to 10 to Behind the Laughter.

Someone once said that being a Simpsons fan is like having a Simpsons" is like an aging family pet. We all grew up with it, love and cherish all the memories, but sadly, the time has come to put it down.

i'm sure Disney will keep it going with more movies or theatrical shorts.

Complaining about beating a dead horse while posting the same stupid copy/paste bullshit keyboard diarrhea rant for the 100th time between here and TFW. 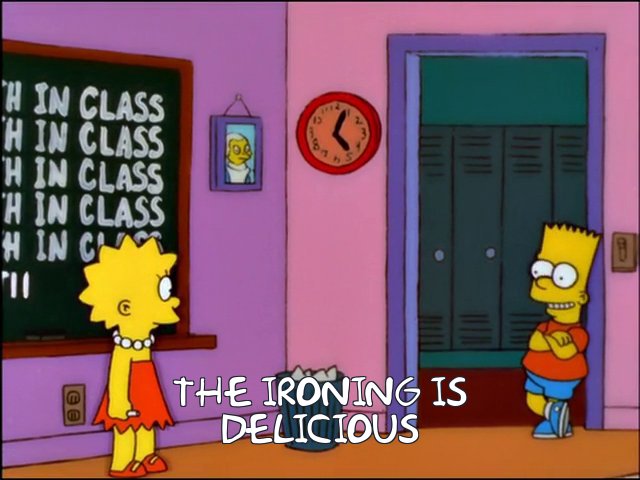 I'm not even clicking on a link from Zambia or wherever that's from.

Even after 30+ years, there are certainly worse shows on TV. 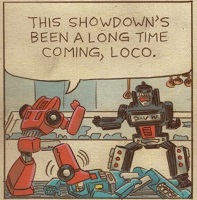 I'll believe it when another source confirms.  Danny Elfman hasn't worked on the day to day Simpson episodes in decades, with Alf Clausen being the dominant composer for the series until recently.

The only thing that will inevitably see the end of the Simpsons is when the primary cast start dying off.

Even then it may continue. Not like Kermit is still voiced by Jim Henson anymore, after all.

The Simpsons is still proftibale, so no.

But hey Supernatural has finally been granted the sweet merciful release of death, so who knows what the future holds.

I'd be entirely cool with it if they ended the series proper: but kept doing a 45 minute to an hour long halloween special every year. It's the only part of the simpsons I still bother to watch.

And this is the way the world ends.

But in the current, digitized world, trivial information is accumulating every second, preserved in all its triteness. Never fading, always accessible. Rumors about petty issues, misinterpretations, slander... All this junk data preserved in an unfiltered state, growing at an alarming rate. It will only slow down social progress, reduce the rate of evolution. You seem to think that our plan is one of censorship. What we propose to do is not to control content, but to create context.

How about a "Everyone is 30 years older" last episode, and then ending it with something outrageously silly, like the power plant being shut down, so now Springfield has no industry, so everyone must swallow their pride and move to Shelbyville? Or did they do that story already? I'm about 10 years behind.

The Simpsons, like most TV, is like dogfood. If people keep watching it, they'll keep making it.

I write stuff...just not as much as I used to.

Indeed. I can remember when they got a whole slew of celebrities in one episode, and the show wasn't about them.

Kinda sad that so many of those celebrities are dead now, but there you are.


William Rendfeld
That Echowarrior guy...
Author of "Transformers: Armada (Revisited)"- Allspark Fic of the Month for December 2005. Archive here.
"In matters of style, swim with the current. In matters of principle, stand like a rock." - Credited to Thomas Jefferson.
"You have enemies? Good. That means you've stood up for something, sometime in your life." - Credited to Winston Churchill.

You either die a hero, or live long enough to see yourself become the villain.

How about a "Everyone is 30 years older" last episode, and then ending it with something outrageously silly, like the power plant being shut down, so now Springfield has no industry, so everyone must swallow their pride and move to Shelbyville? Or did they do that story already? I'm about 10 years behind.

The Simpsons, like most TV, is like dogfood. If people keep watching it, they'll keep making it.

end it the same way they ended little house on the prairie, by blowing the town up

They already tried that plot in the movie though, but I guess they could succeed this time.

Having pointless celebrity guests is exactly what they did "back in the day."  It's nothing new, although I would say the period they started doing that (late 90s) was when the show really fell in quality.