Main difference between Spider-Man and Transformers is that Transformers had three reboots that really lent the franchise to be a legacy property, but now we're back to the same guys over and over.

It's like how there's a bunch of people who didn't care for the return of Hal Jordan or Barry Allen: they liked the new guys.

I feel like some of this frustration would be alleviated if Cyberverse's toyline got the same Deluxe/Voyager/Leader treatment with all the characters instead of just a selection of them, but ymmv

...damn it, they've put his feet on backwards *again*?! The curse of Dreamwave strikes once more

I'd be more excited for Ironworks but that is a tiny, tiny base, and to make substantial enough bases without buying multiples of the same guy you'd need at least six to eight of these, but you know we'll only get three, like the Weaponizers.

Also I kinda wish we got Fasttrack to finish the basebot helpers off.


Being part of any fandom is fundamentally embarassing.

...damn it, they've put his feet on backwards *again*?! The curse of Dreamwave strikes once more

IGN has previewed a few of the figures from the Siege sequel, now apparently subtitled EarthRise.

I can think of nothing that says "War for Cybertron" less.

But ignoring that, this looks like a line I'll be very interested in. Especially if they've finally stopped using that awful weathering.

once again Hasbro proves they are incapable of moving past 1987.

It's the Autobots & Decepticons. They're warring *for* Cybertron, just not every battle is *on* Cybertron.

Ironworks.... "exception proves the rule"? The bulk and focus of the line is pre-1987. Ironworks, patrols, etc are stepping out of that line, but it's not proving the sentiment of that view wrong.

Yeah, I'm really excited at the prospect a new Hoist and Trailbreaker.

The T30 versions, despite the MTMTE-ness of their designs, are really not that great. I almost prefer using Movie Hoist and CW Trailbreaker, but I'd really like something a little closer to their G1 designs at the large end of deluxe that this line might deliver. 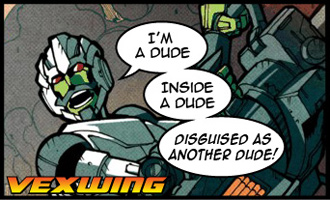 While I'm underwhelmed by this, particularly by Optimus, it at least makes some sense.

Think about it, we may be getting Optimus every series now, but each time he's been something different than that iconic G1 form.

This is the first time a mass release Optimus looks to do the same things the original toy / cartoon character did.  G1 Optimus Prime with Command Deck / Battle Station trailer.

While as boring as that is, it's really something Hasbro and Takara will probably striving to do - to recreate that Optimus that first landed on Earth.

it's EXACTLY the point; both the writers and the designers are too afraid of moving out of the comfort zone.

While Peter's economic situation definitely gets setbacks, I think he's been a working-age adult rather than a kid for while now. Like, just looking up jobs he's had, he became an editor in 2017.

What's that, kids born AFTER the eighties??? You don't exist! This is OUR spot!!!

You were pretty specific that the practice of making character look the same was about age brackets, which I find to be the biggest sticking point. I doubt that every cartoon or video game Spider-Man who looks like the Ditko design was because Marvel made those to cater to people who read comics in the '60s. Or really, "Spider-Man" can be substituted with any IP older than Transformers that's done the same across a large number of iterations.

I'd be more excited for Ironworks but that is a tiny, tiny base, and to make substantial enough bases without buying multiples of the same guy you'd need at least six to eight of these, but you know we'll only get three, like the Weaponizers.

Also I kinda wish we got Fasttrack to finish the basebot helpers off.

Fasttrack is definitely missed... hopefully he does appear... whatever year they make a Titan Scorponok... "EarthRise" doesn't seem the right year for that, but then what for this year's titan? Countdown-base-colored Guardian robot re-use of Omega?

Fingers crossed Airwave, Hothouse, and Greasepit show up as 1-per wave. And perhaps Groundshaker & Skyhopper could be voyagers?(by other names?) Or even a leader for Grondshaker, would that be the leader class "armored car"?

Grapple looks good, but the problem with just doing their G1 earth designs is that I prefer the G1 toy I already have. Grapple isn't even fragile like some of them. A Siege Grapple might have had a different style.

That said, big truck man good. Hoping for a Bulkhead.

Soundwave's case of Yellow Eye is contagious! Get them to quarantine before it spreads!

I'm wondering what a base made out of multiple base guys would look like. Not just individual bases connected by ramps, all the pieces mixed and spread out between them. I liked being able to use the weaponizers in different configurations and I think these guys will seem pretty boring if all they can do is form the one specific base mode.

Soundwave's case of Yellow Eye is contagious! Get them to quarantine before it spreads!

I think it's a step up in Prime's case since he usually has blue eyes framed by a blue helmet, while Soundwave's visor actually sticks out in red.

I'm not sure if this is implying that Optimus should also have red eyes.

There are LOADS of non-G1 TF toys out and coming out if you look outside the main Generations line. Botbots. Rescue Bots. Cyberverse. Studio Series. Lots of stuff.

2) Even inside the lines they've gone super obscure and done all three Powerdashers and Reflector, Scrounge, Barricade, Rung, Brunt, Sixgun, Cog, Impactor, all the Female Autobots, Alpha Trion, Sentinel Prime. We've actually in the last 5 years or so gone WAY outside the "usual suspects" box a lot.

3) If they didn't keep making honest to god improvements it'd be super easy to skip things. I LOVE the old Generations Grappel. He's so Diaclone feeling to me... but damn if that isn't an equally great G1 Cartoon inspired version. The IDW Springer is one of the best TF toys ever, but the WFC one is perfect and entirely different in the Sunbow style. This Earthrise Prime looks Better than the one on my shelf and Better than the WFC ones I've skipped. I can't fault them as much if they are constantly topping themselves...

-ZacWilliam, that's not to say I wouldn't like more new characters (Gimmie) and more Beast Wars revisitations if they can improve them (A tough thing in a lot of cases) but I also think some folks are overstating or ignoring facets of what we have now, which is often pretty great. IMHO of course, ymmv and that's fine.

HE IS NOT HERE TO BLEND 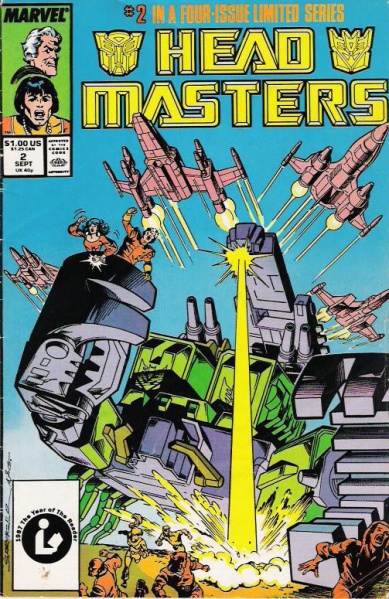 Robert is made to withstand plenty of play, and transforms from car to robot! Go, Robert, go!

Why will we solve after Robert grasps the abysmal winter's ulcer? He may change rural tailors, do you join them? The films, tapes, and spoons are all good and fresh.

Studio Series is incalculably more enjoyable to me than Siege because that line does very interesting things with its designs and transformations.


Studio Series is the same approach of "make this look like it used to". Actually even more so than possibly any line besides Masterpiece.

Yeah, uh, like, Studio Series is even more Doing Old Designs Again than Stege, because Stege sometimes pretends (badly) it makes a nonEarthCar or whatever.  Studio Series is what Stege is being accused of, but just from a more recent source material.

look, studio series gave us ze little one, that makes it a league better than stege

I mean, okay, if we're moving the goalposts from "what has new designs" to "it has a character in it that I like," then, sure, EarthRise wins because Big Daddy???

I like the idea of a little drop-base for exploration (the theme I'm giving my Omega/Jetfire future setup). It also fits well with the drill and hovership weaponizers I have to those two. It'll work great with the toyhax rocketbase conversion set.