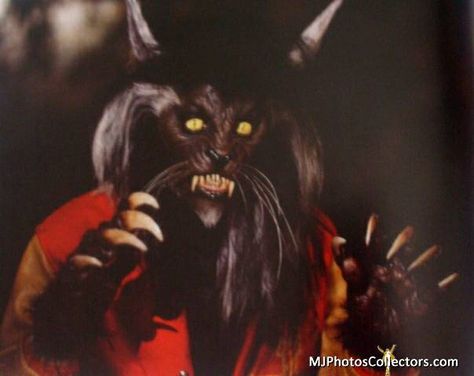 This is Michael Jackson 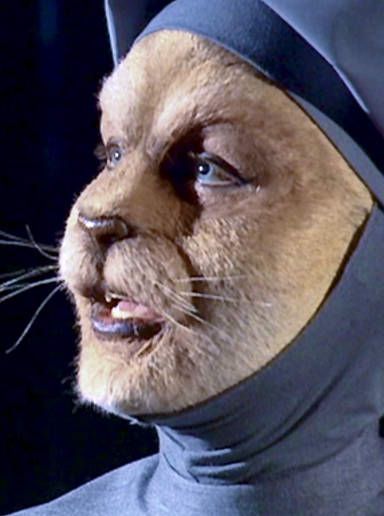 And this is a stripper 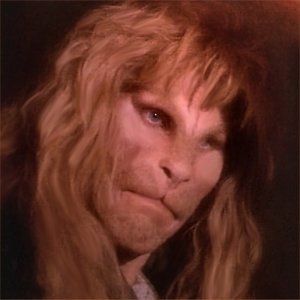 No Vincent is Ron Perlman, Werecat is Michael Jackson, the stripper is that three breasted cat person from Star Trek V and the cat person with blue eyes is from Doctor Who.

after seeing the pics posted here, I must admit that I am bewildered that they kept the human noses. They would still look weird as hug but if you are CGI'ing that much of their body already you might as well do the noses as well.

Nice to see a movie for the furry community.

Sorry. I just had to say it somewhat out loud.

Furry community wants none of what this movie is a offering.

Anyone else go to see this? A group of us went to see it this weekend. Having never seen the musical, it was entirely new to me.

I'm tempted to say it wasn't half bad? Certainly not as horrible as I had thought after the trailer first dropped. It clicked for me as I watched that the point was not to deliver a complex plot or whatever, it was more about being a vehicle for the music, movement, and spectacle.

I want to, but no one else I know IRL is interested.

Yeah, we kinda walked out with a general sense of "that's what they've all been on about?". At the level of the script, it's a series of incredibly cutesy songs by cats telling us their life stories. In the visuals, it's singing and dancing people in CG costumes, and there's no chance for an uncanny effect because they don't let you forget that it's CG makeup. There's a lot of sexy posing and swooning and hissing, but I kind of expect that from theater adaptations?

I have some friends who saw it and were outraged by the sweeping alterations made to the plot and characters of the original musical, about which they inexplicably care apparently. The one "good" song is given to the wrong cat and then suddenly makes no sense, or something.

It's interesting that even the people who made it didn't care enough about it to keep their eyes on Judy Dench's species-shifting hand, or whatever.

I have been aware of the musical for 30 years and knew the showstopper song, but I never saw the show until it came to a nearby city in the fall.  I'd heard that the film was coming by then, of course.  But after seeing the musical and seeing the movie trailers, I little by little lost interest in the movie.  My wife actually asked if I wanted to go the other day when we had a few hours with childcare covered and we saw Frozen 2 instead.

I have been aware of the musical for 30 years and knew the showstopper song, but I never saw the show until it came to a nearby city in the fall.  I'd heard that the film was coming by then, of course.  But after seeing the musical and seeing the movie trailers, I little by little lost interest in the movie.  My wife actually asked if I wanted to go the other day when we had a few hours with childcare covered and we saw Frozen 2 instead.

A video I saw earlier on today about this film, pretty much makes the conclusion that there was studio medling and impossible time frame:

It's interesting that even the people who made it didn't care enough about it to keep their eyes on Judy Dench's species-shifting hand, or whatever.

In reality, the furry business on the hands for everyone is pretty subtle, their fur colors are often based roughly on skin colors, and Old Deuteronomy has a big fur coat on that isolates her already pretty normal-looking hands. They're mostly just slightly tawnier.

They let the Kilrathi join the Federation? Biff Tannen and Luke Skywalker will not be pleased...

There's a joke in one of the New Frontier books about how they're constantly either seceding from or rejoining the Federation (see, 'cause if they're in they want out, and if they're out they want in. . . ).

I saw Cats 2019 and it was soooo bad.  I had a great time.  I seriously think this will gain a cult following like "The Room."  My only regret is I didn't see the ORIGINAL Cats 2019 where the CGI was really badly aligned.

Y'all have probably already heard about some of the weirder elements of the movie, like anthromorphic cats eating anthromorphic cockroaches who have human faces.  But even putting that aside, I felt the director didn't understand the musical.  Which is weird because it's not a complicated musical.

Like Grizabella is young and hot now, even though a major aspect of her character is that she's old and ragged.  Like, just age up the actress with makeup.  Or, this might sound crazy, but hire an older actress.

There are also some really terrible decisions in HOW the movie was shot.  Boy oh boy, this director loves close-shots.  Boy oh boy, those are not what you should use in a musical where like 60% of the appeal is the choreography.  Just set the camera DOWN, let it FOCUS, and let me watch the horrific cat people DANCE.

- Constantly cutting to close shots of Dame Judi Dench looking lustful during Sir Ian Mckellan's song, even though the song is supposed to be sad.

- Constantly cutting to close shots of Victoria during Memory, while Jennifer Hudson is singing.  Very distracting and weird.

- The whole point of Memory is that the previously bitchy cats are moved by Grizabella's song, so they gradually turn towards her / gain empathy / accept her.  So really this song should not have a lot of close shots anyway, even of Jennifer Hudson.  The camera should be back far enough that we can see the reactions of the other cats.  But this director loves his close-shots.

Sidenote:  it was very weird that they added speaking scenes to the movie yet do not say the name of the grey tabby narrator, ever.  He's a main character!  Just have someone say "Hiya MUNKUSTRAP", that's all you have to do.

The other thing I noticed was . . . Okay, in the musical, sometimes a song will be ABOUT a cat, but THAT cat isn't singing.  Like the Mister Misofelees song is sung by Rum Tum Tugger.  Whereas in the movie, if the song is about a cat, that cat is singing it.  But this leads to some instances of "Uhhh, would that character say that about HIMSELF, though?"

Prime example of this is the Gus song, again.

Gus is a very old cat who was a well-known actor a long time ago.  He longs for the good old days when he was young and hale and could do what he loved.  So it's in-character for Gus to sing about how "with an hour of rehearsal I couldn't fail."  It's NOT in-character for him to sing about how he has "palsy that makes his paws shake" or how "he isn't the cat that he was in his prime".   But they gave Ian Mckellan all those lines anyway.  This one especially kills me because Ian Mckellan was giving it 110%, but between the lyric choices and the close-ups of lustful Dame Judi Dench, they ruined his song.

For contrast, here's the version of the song from the 1998(?) VHS version:

You can see how he actually tries to hide his hands when the "makes his paws shake" line comes up.  (That's Sir John Mills, age 90 at the time.)

So is that where the strength of reaction is coming from, people who had somehow managed to take the stage show that this movie is based on seriously...?

I agree with both of you.  It is nonsense for Grizabella not to be old, because it is the whole point of her story and it is also nonsense to take the musical seriously.  I don't know where that leaves me.