What fictional character do you utterly hate with all your heart?


43 replies to this topic

Proximity: A Starscream And Friends Fanzine

I usually plain love villains and monsters, Umbridge is perhaps the only one i love to hate.

"Expect me when I arrive" - G'kar
Ryougabot

He was a whiny, irritating twit. The entire game I kept thinking: "Okay he's going to die early then we can get the real villain" But no. He IS the villain.

I had to put up with him the entire game, and he's the entire reason I've never touched Final Fantasy 3/6 ever again.

I hate his stupid laugh, I hate his self imposed crybaby attitude, I hate that he gets credit for something he didn't actually do. ("But he destroyed the world!" Oh really? You mean the world you still spend the rest of the game on? The one that can still apparently support life as there are things still LIVING on it? That world? Go watch DBZ and see Kid Buu destroy the earth. THAT is destroy.)

Michael Scott (at certain points in the series)

Andy Bernard (at certain points in the series)

Virtually all the cast of "Shortpacked!" but special mention has to be Malaya.

jacen solo. im glad jaina killed him. hes one part of the eu im glad is gone thanks to disney

The dog from Independence Day.

Answering this would get me warning points, and probably the topic moved.

Accelerator in A certain scientific Railgun

everyone in the re-imagined bsg except for baltar. he got some of the best lines

NuBSG was a joyless experience with a brilliant cast and a story literally written by the seat of the writers' pants. Where major, game changing plot beats are chosen OUT OF A LITERAL HAT. 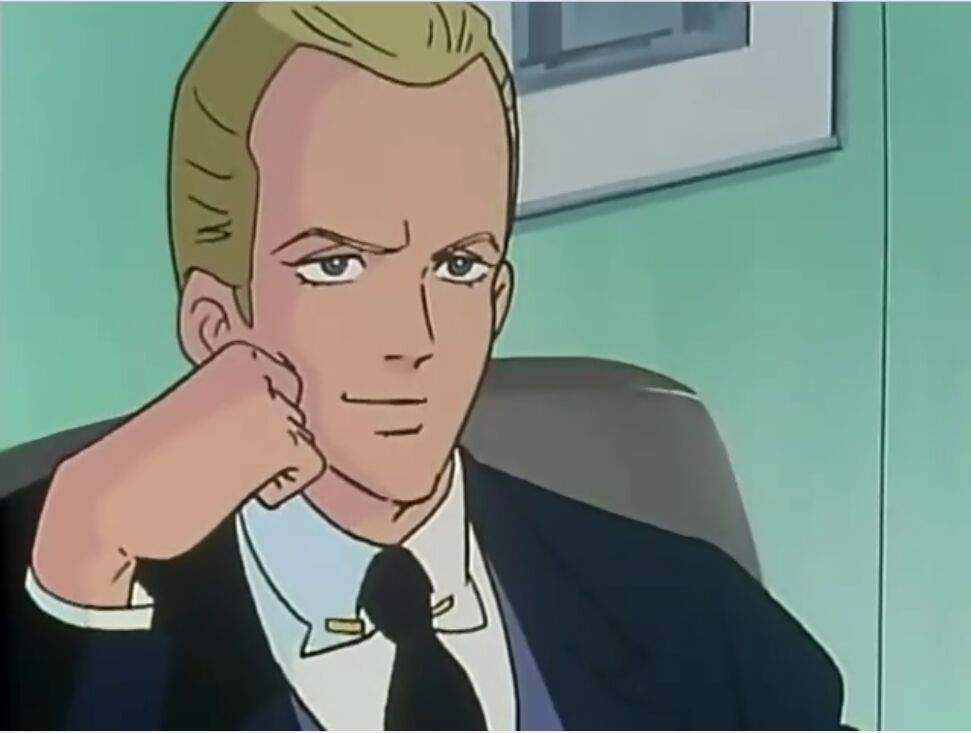 This smug bastard from Fang of the Sun, Dougram: Helmut Lecoque. He's probably personally responsable for at least some of the worst stuff from that show, yet he's totally believable as a person and character.  He also has a very punchable face.

kai winn from deep space 9. shes a well done character, but i just hate her. but then again, we are supposed to hate her. so well done there


Hate is a really strong word. Not sure I feel that strongly against any fictional character.

As a kid I really disliked the "Hero Jerk" archetype in 80s Cartoons. So The Paladin from the DND toon, Lance from Voltron and Slingshot from TFs we're some of my least liked characters. Really disliked Beachead and Sgt Slaughter from G.I. Joe.

-ZacWilliam, other than that the closest that comes to mind are the three main characters from The Last Summer a book we read senior year of high school. Don't go look it up. It also has the record of being the only book I've ever sworn at and thrown across a room.

Victor and Monty from Power Rangers Ninja Steel.  Several episodes centered around their farts...I don't think I have to go into any more detail, do I?.

Super Duck, from Archie Comics.  A poor man's Donald Duck impersonator.  And yet, for some reason, Archie comics seems proud of having published this character, since reprints still crop up in the Best of Archie Comics collections.  The artwork is terrible, the character forgettable, and...I just don't understand who over in Archie Comics loves this Cock-eyed little nothing of a character so much that he seems to pop up from time to time.  Archie is just so PROUD of ripping off Donald Duck and getting away with it, it makes me hate the character.

But most of all, and probably most inexplicably...the Silver Millennium Crystal from Sailor Moon.  Now, this isn't technically a character, but...I'm counting it anyway and you can't stop me.

It is the laziest and cheapest deus ex machina of all time.  What do all the heroes want?  What do all the villains want?  What is the solution to and the source of every single problem in the Sailor Moon manga?  This crystal!  Now, this is mostly me ranting about the manga, rather than the 90s cartoon.  In the 90s cartoon, I feel like the monsters of the week actually help give Sailor Moon a little variety.  But in the manga....my goodness, none of the villains have much of a personality...they are pretty boring.  The only thing they do have?  A desire for this crystal.  I just got sick of hearing about it every page.  I have to wonder why they just didn't chuck the thing into the Sun, since the only reason most of these villains are even attacking Earth is because they want the crystal.  No crystal, no problems!  I was actually excited about the evil alien Circus arc, because at least they had a different motivation from every other villain in the manga...up until they hear about the Crystal and decide "Oh, yeah, we gotta get that!"

I have never hated a fictional, voiceless, inanimate object as much as I hate this crystal.  To be fair, there is a reason why all these villains had the same desire, and I do feel like the Sailor Moon manga steadily improves as it goes along its 10 volumes, but...bleh on weak motivations for forgettable villains.