61 replies to this topic

An attempt to organize those funky little badges on the War for Cybertron packaging. Most of the info comes from the Siege website and Hasbro Pulse's article.

This is how they work:

And these are the known variants:

* the other Factions do not get their own ranking system


And here is what everyone's badges translate to:

Doubledealer == Air Infantry Sergeant (presented as a Mercenary at Toy Fair and on instructions, but treated as a Decepticon everywhere else)

Decepticons
Wingthing/Frenzy == N/A
Skar/Knok == N/A (Knok is a Decepticon, going by the instructions)

*NOTE: there are some discrepancies between different sources, I'm assuming packaging is the correct one*
*ALSO NOTE: the card game uses these too, but someone else is gonna have to cover that one...*

Early Decepticon Badge design, which also gives us all the unit/division/rank names (maybe):

Selects box badges, which apparently don't correspond with anything: 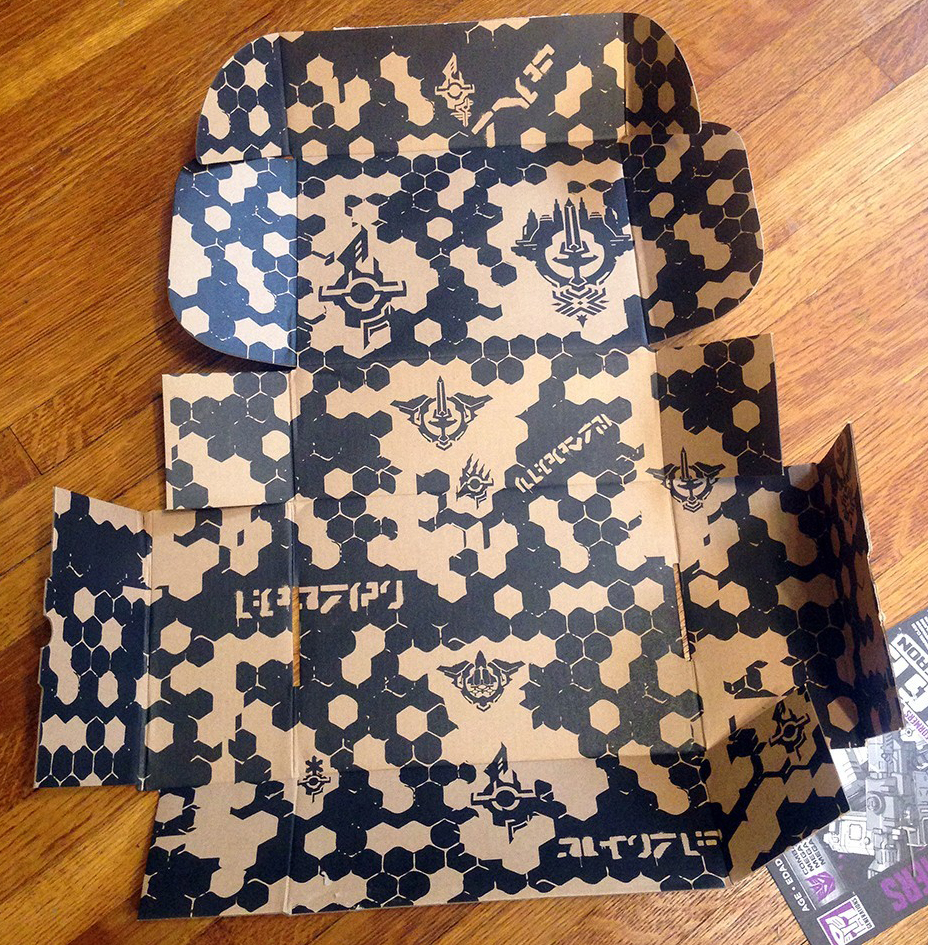 The Rescue Patrol are Infantry Privates in Ground Command.

On rare occasions, I have something to say.

>_> I see what you did there Hasbro

Hypothesis: Soundwave and co. are something like 'Recon', and the Race Car Patrol's unique symbol is the Autobot equivalent.

I'd guess "Espionage" for Soundwave and Ravage just because of who they are.


-ZacWilliam, Honestly if I was designing the army I'd make an Operations segment of which Communications, Recon and Espionage were separate related sub-divisions probably but...

Copy-pasting for whenever I update this again:

Also, Red Heat and Stakeout seem to be Infantry Privates.

And since this is semi-related:

So having figured this badge nonsense out, I have some thoughts about this:
- top is Optimus
- below him is probably Stepper
- next to that, with the sword and fancy lines, is Megatron
- sword with jet wings is likely Redwing (Screamer has Sword+Wings but higher rank)
- then it's Swoop, with the little jet wing and Spec Op clawmarks (which sorta seems to means "combiner", though by this logic Stepper should have the same)
- bottom is, er, some flying Decepticon? Possibly with a Weaponizer gimmick (Sixgun repaint? Although Sixgun himself isn't "Artillery")

EDIT:
I dunno how useful these will be, but:

Gee Siege, how come Hasbro lets you have all this unreleased G2 stuff?

On rare occasions, I have something to say.

Even more badges hiding in that Selects box. Another mid-rank Infantry bot, and someone who apparently likes snow... or is a Chaos Worshiper.

Sorry about that. I'll admit they weren't super clean to begin with, though it looks like Imgur made it even worse when clicking that Save Image link...

wow, i wondered what those were 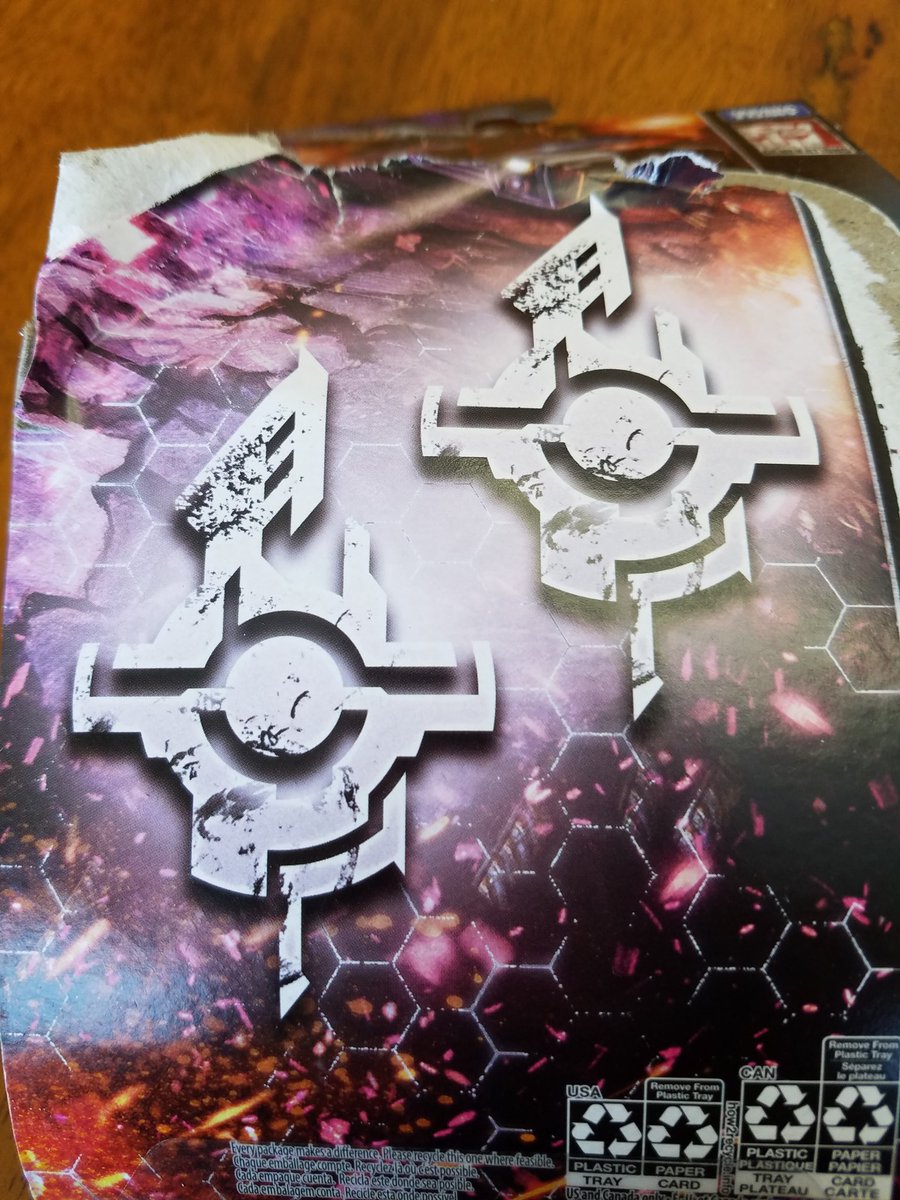 Stakeout and Red Heat are a coupla Ground Privates.

Or rather, I'm now noticing his rank symbol is less complex than Soundwave and Shockwave's. Presumably Screamer's the equivalent rank as Ironhide.

Also, let me try retry doing PNGs for some of these things since the official site's got decent pics up.

Still more badges hidden in the flaps of that Selects box:
- our first look at a Decepticon "sergeant" (possible seeker)
- a second 'Con General -- presumably another Megatron, who may or may not be in a different division
- another Autobot Infantry/Ground Command Private

I live to serve

I've been saving all my card backs from my Siege figures to have the different symbols.  I'd love to work them into my new display somehow.

BLOOD FOR THE BLOOD GOD!
SKULLS FOR THE SKULL THRONE!

...er I mean, I guess that symbol means, er, "Security" or something?

(also, Reflector is in the Espionage Unit and Brunt is "Maybe Artillery")

I don't know if you've been paying attention to TCG stuff, but Wave 3 is a Siege tie-in and every character has a rank appended to their name. Maybe that can help with this stuff?

Red Alert's card says he's a medic rather than Security Chief and that top part of his symbol kinda looks like the Star of Life, so maybe that's supposed to be a medical thing?

I'm completely out of the loop on the card game. Maybe I should look into it since Red Alert is indeed in the Medical Unit: 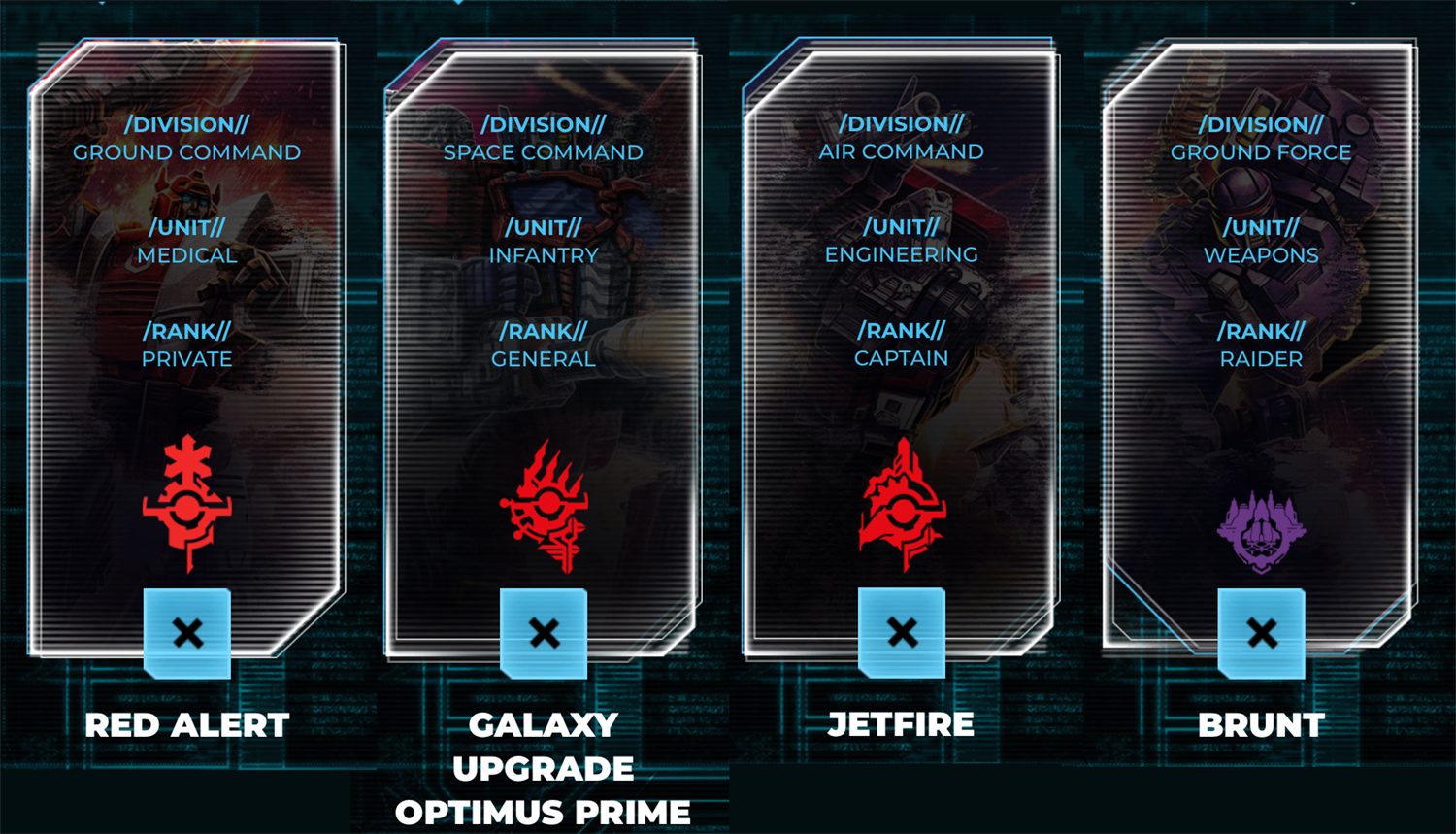 And confirmation on some of the other group names, too. A bit of an error with Galaxy Upgrade Prime, though; his badge here has the Special Ops top even though the bio and actual toy packaging says otherwise.