14 replies to this topic

Bethesda seen sinking into the ocean.

So Borderlands but less FuNnY? Wondrous frontier promised only to be heavily regulated and locked behind "pay walls".

Choices to be made with cheeky observation on violence being the go-to solution.

"From the creators of the original Fallout and developers of Fallout: New Vegas".

Well, it worked. That's a must buy for me.

this has my interest

One that will now reflexively wince whenever they hear the number "76"?

So the game has a release date...a lot sooner then anyone expected.

The problem, the latest trailer feels more Borderlands then anything. And with Borderlands 3 literally just having been released, I think Obsidian's timing is off on this one.

Edit: not that I have a problem with a "borderlands free borderlands" right now. Activision is currently a little too involved in china for my tastes.

Last I knew they had a timed exclusive thing with the epic game store, so both dates may well be true.

Oh for...They've got an Epic exclusivity deal too?

If you have the XBox gamepass this is included. I got it downloaded and its definitely going after the Fallout feel. It's like Fallout in space without the game breaking bugs. At least I haven't found any so far. 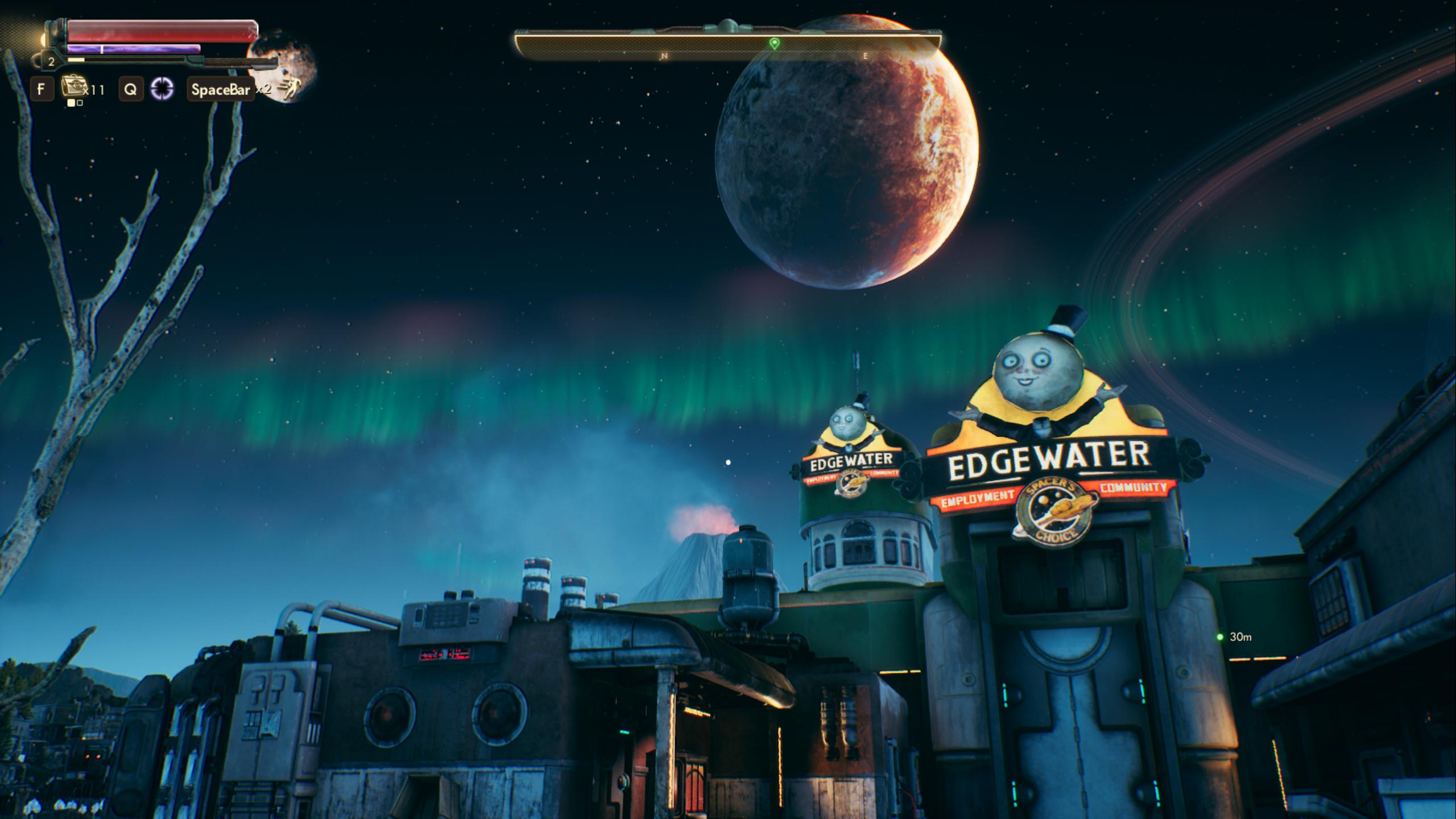 console game pass and also on the PC game pass.

Bonus, the PC game pass is in Beta right now, so first month is only 1$.

i haven't enjoyed a game of this type since Fallout 3. I know this is basically the same crew that did New Vegas, and while i enjoyed that game (though not even remotely as much as i did F3), THIS is the kind of gaming experience i look for. For me, New Vegas took the fun out of F3 and replaced it with needless difficulty...even when played on Normal. But Outer Worlds has just the right level of balance. Nothing has frustrated me, annoyed me, or disappointed me. Ive got around 30ish hours of playtime and the constant companion ive had with me that entire time? A little thing I like to call FUN!

The first few days I spent with F3 are some of the most enjoyable and memorable gaming experiences ive ever had. The first few days I spent with New Vegas, on the other hand, are memorable for the opposite reasons. This game definitely falls in line next to F3...It's only now, the closer I get to the end-game, that i'm feeling just a tad too challenged...BUT I can forgive said challenges. Because much like the last game, CONTROL, I put this much time into, they aren't even remotely detracting from the experience.

I think my biggest complaints so far have been the seeming lack of bits, the want / need for stronger / better armor, and feeling like there aren't enough opportunities to gain Perk Points. The bits thing is mostly my fault though, because I keep using them to Tinker with weapons / armor, and that is definitely one serious way to drain them. As for the Perk Points I dislike only being given access to them every 2 levels, and while I think the random event thing (like robophobia or plasma damage, permanently disabling you while giving you a perk) is a good idea, I would just like more access.

I LOVE the Time Dilation gimmick. I do wish it was a little more like VATS, allowing for the ability to lock on and aim at specific body parts and more than one enemy...but I think for this game, it's just right. My only hope is that in any potential sequels they don't tamper with it and screw it up. I like the enemy variety, theres just enough of them to make sense, without there being a crazy amount.

I also REALLY, REALLY, LOVE that there aren't frustrating "Boss" encounters. That was one of my only real complaints with CONTROL, The bosses. The Fridge one, The Mold one, they took just the tiniest shine off of something that was so close to perfect. I also like that while there ARE large and powerful variants of the regular aliens / monsters...Like the Mega-Queen Mantipillars and Raptidon Colossus...they never seem insurmountable as long as you have the right weapons for you and your Companions. And there again lies another point where, even though I know these dudes did New Vegas and not 3, where the game gives me those sweet, sweet Fallout 3 vibes...it reminds me of fighting Deathclaws in 3 vs NV (or even 4)...Large, powerful, scary things that are tough fights(3), but not "throw the controller through the tv tough" (New Vegas).

I just can't wait to finish this game and start a new one making totally different choices.

I see behind a thousand lies that you try to hide

I bleed inside: you left your knife but I'm still alive
I...love the way you kill me
I love the way you watch me die
Life or death a bullet to the chest
I'd do it again...
Just when I think I've cut you out
You come with open arms to drag me down