Okay, at first I wasn't sure if this was real or just a joke trailer about the Soul series' predilection for guest fighters.  It says something that 2B isn't even that strange a choice compared to some of the other guests.

Me Im just kinda meh about it. She seems cool and has the weaponry to fit in, but shes no one Im hyped to see. Kind of hard to top Link and Vader in my eyes. At least Geralt fit the time period better.

I honestly had no idea who that was before playing Soulcalibur VI. My 1st contact with the character was when I was looking in other people's created characters and kept running into 2B's created, typically using Mitsirugi or Yoshimitsu. My 1st reaction was "why are people obsessed with blindfolded French Maids?"

And now I see this dlc, which answers my question. That made me look into Nier Automata and the one thing that pops up more often is people obsessing on the badonkadonk.

So this trailer basically pits Boobs vs Butts. I guess she sorta fits in... but is in huge "meh" for me. Bring back the missing characters before this IMO.

From the Page of Cage!

Does character creation feel a bit light on costume parts to anyone else? I find I'm having trouble recreating some old characters properly because a good number of the parts I used to create them aren't in 6.

Almost Comics!
When you're done laughing, visit the store!

yep it was discussed a lot on 8way run forums.  However It´s possible that here on, lot´s of stuff is going to be dlc. I know it´s not a fair comparison but if you look at Street fighter V, we got to a point there´s  4 season passes, with lots of skins and content.  That way this game may have even more parts than the prequels combined. (i´d personally like to have dinosaur heads/ feet for the lizardmen and more CAS only fighting styles.)


A persistent predator is always alert!awake! focused! and Zzzz.....

Id love to see more Lizardman style heads. Also be able to give digitigrade legs to anyone. Big lizard tails for all as well!

*gets on his soapbox of unpopular opinion*

The worst aspect of 4

I agree that the SW characters weren't the best fit for SC but being a huge SW fan it got a pass for me. Except Yoda. When a good percentage of moves doesn't hit the opposing fighter because he's too damn small has always been a sore spot in fighters for me. Servbot in MvC2 was another one.

I'm enjoying the game but I guess I had been expected to be blown away but that rarely happens with fighting games nowadays.
I don't like xianhua's new voice. Gonna try the Japanese ones.
I've found story mode a little disappointing so far.
Not paying £25 for a few characters so I guess I won't get Tira. Geralt is much better as a guest character than the nier character imo so unless they unveil someone awesome I'll skip dlc.
I feel lizardman and Cassandra should be in this

Finally was able to get a bit of time in on Create A Soul. Feels good man.

Nice Mum-ra 😀
I spent some time trying to make Blitzwing.

Got this tonight. It'll be a couple days before I can really get into it. But I did do a couple battles. The battle system definitely seems to have evolved. I'm going to have to dig into this it looks like.

Tira looks as fun as I remember. Yes, I bought the season pass.

Anyway...can't wait to really get into this. Nothing like getting a brand new game and not being able to play it for a couple days!

I'm trying to unlock Inferno now. But it's reminding me why I typically don't like story modes in tournament fighters (aside from Smash Bros). They always force you to use characters you're no good at. hugging MAXI!

EDIT:
And I just unlocked Inferno. That was actually easier than I thought it would be. I should've done it sooner.

After some time away, I decided to tackle more Thundercats. I wanted to do as much of a blend of both Thundercats eras into the fighters. In most cases it was successful (except Tygra. I never like G1 Tygra) but Cheetara ended up being a huge setback dealing with part limitations. So she's more "inspired by" than the others.

Finally got around to getting this game.

While I can see (and am enjoying) the sheer amount of content story-wise, I can also see how this game is simultaneously a sort-of 'budget' title: a simpler presentation of menus, cutscenes, etc. compared to previous games, the somewhat limited variety of stages, the reduced number of custom outfit pieces...

I really hope this game is doing well enough that Bamco continues to let Project Soul support it.

Naturally, the first thing I did upon booting the game up for the first time was recreate several of my longtime OCs. I've had them since character creation was introduced in SC3, to the point that I've ended up developing a continuing 'storyline' around them in the Soul Series universe. 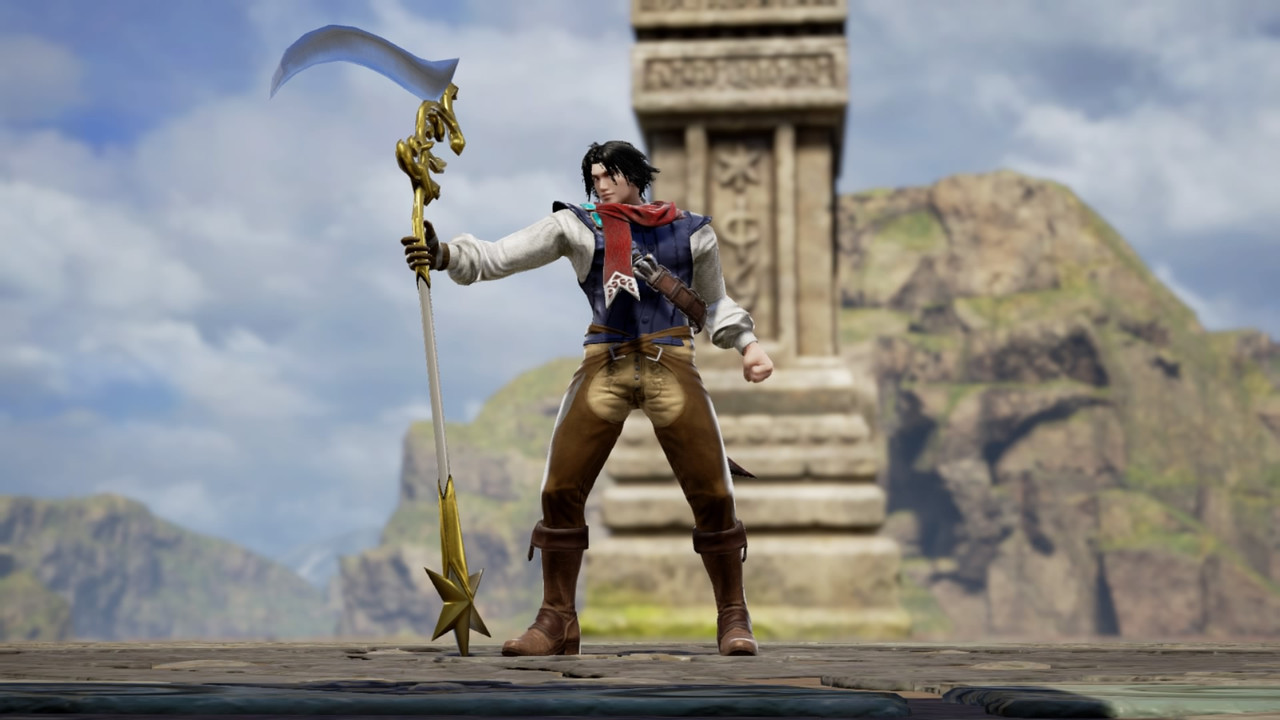 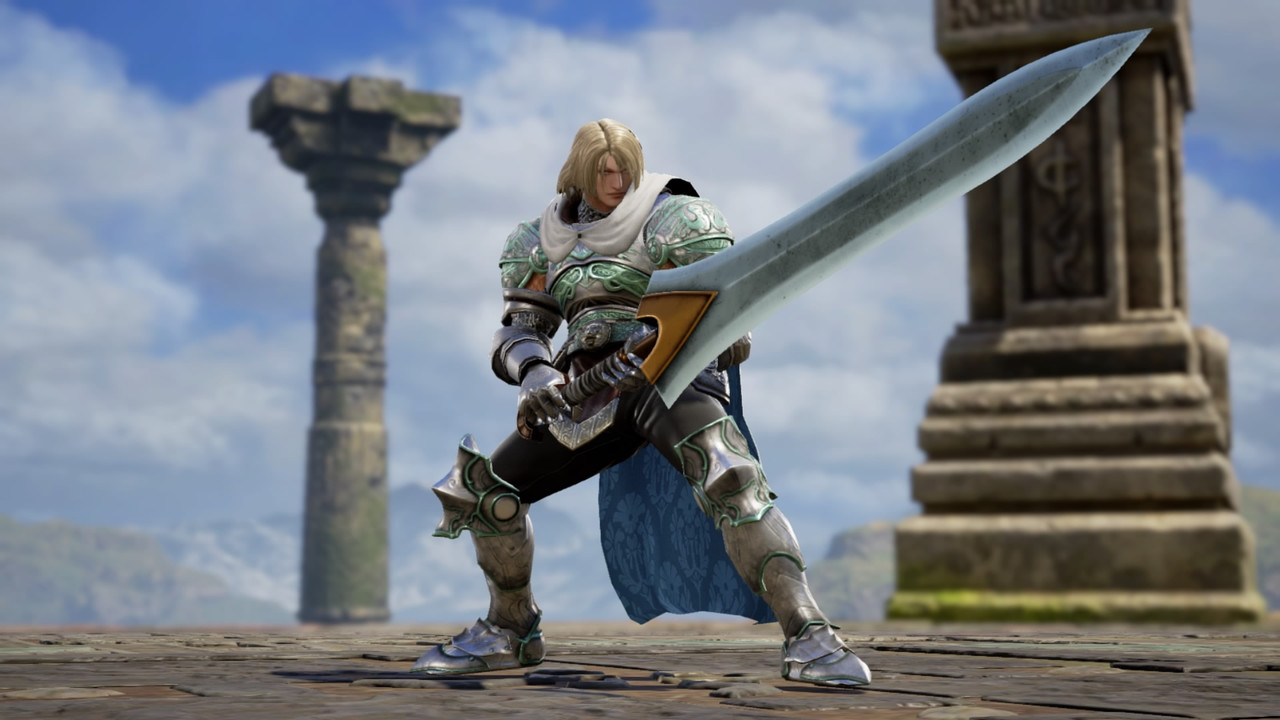 The noble. This is the guy I wanted to give Geralt's moveset to, but the swords really badly clip through the armor on his back. 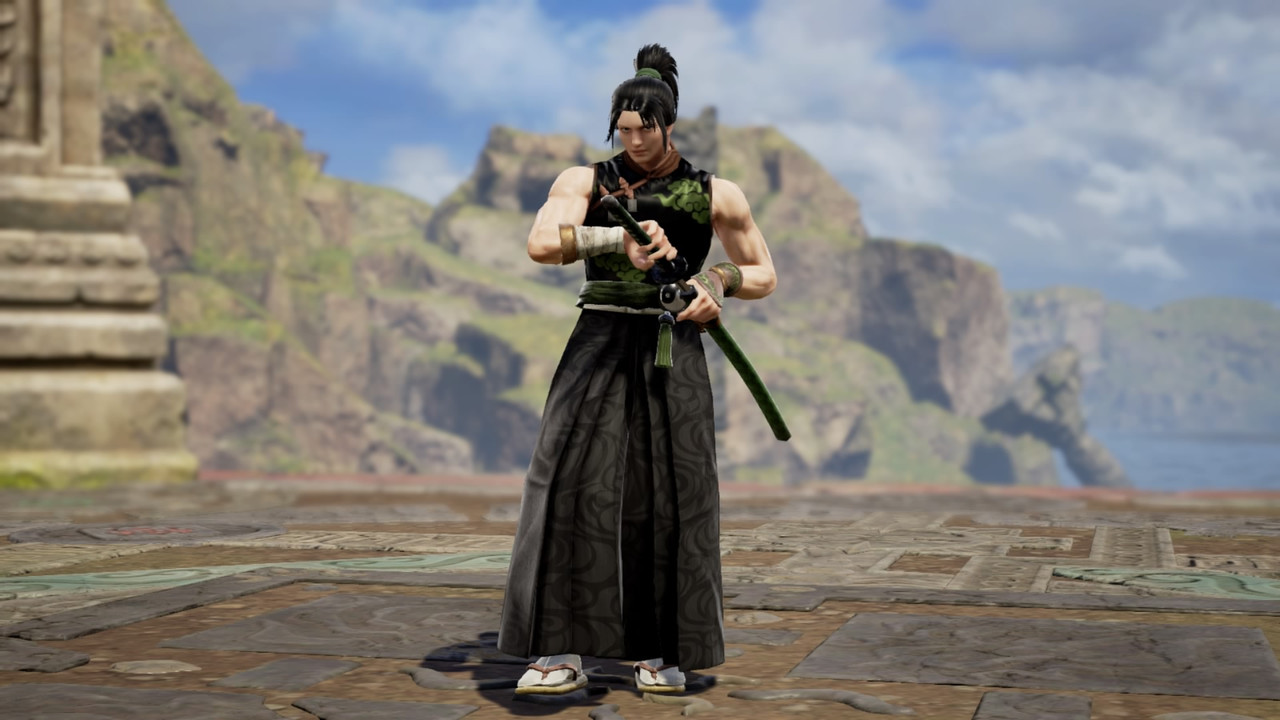 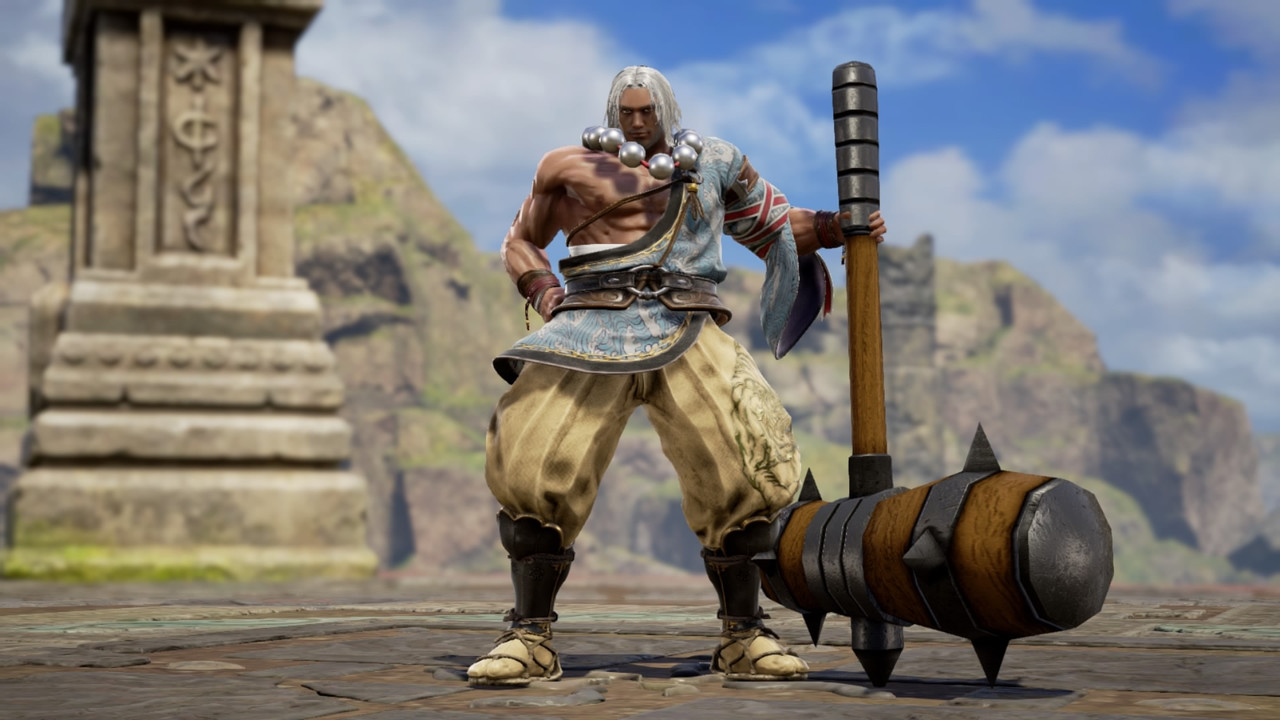 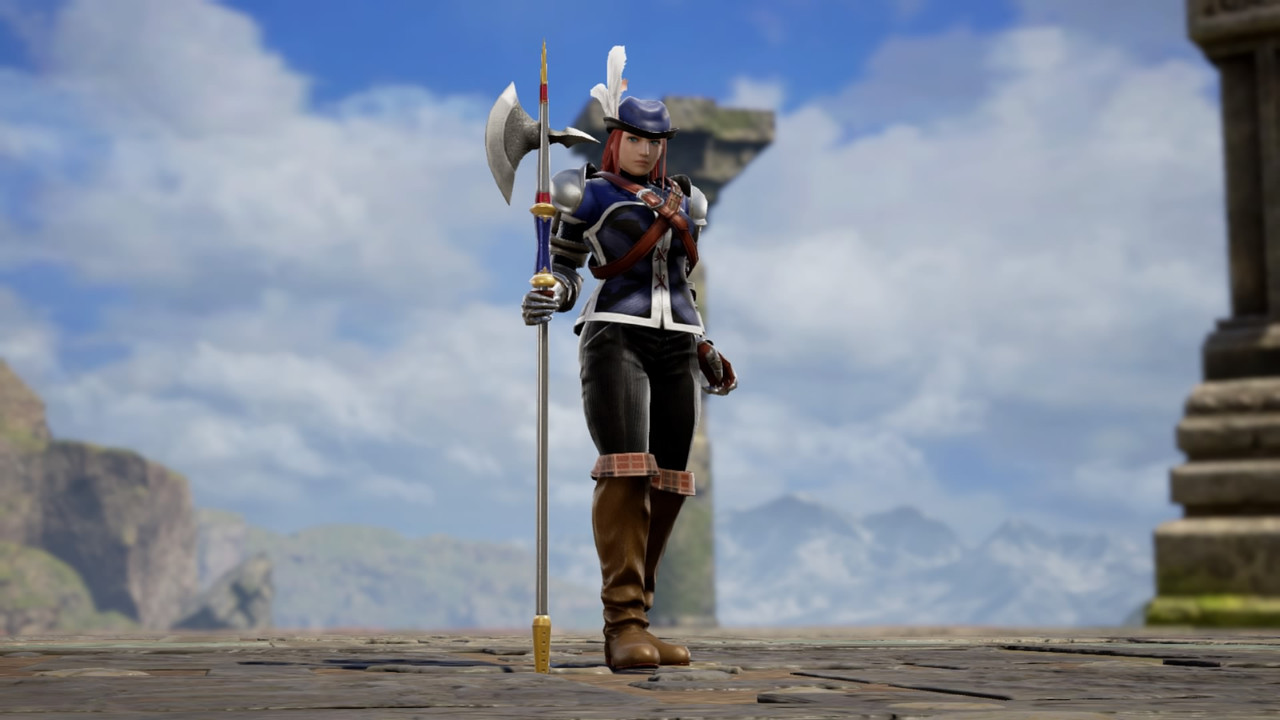 The knight. She used to use the lance (SC3) and spear/sword (SC4-5), but neither moveset is in the game at the moment so she gets Mi-na's style instead. It makes her look weird when she hops up and down all giddy-like while talking like a seasoned warrior. 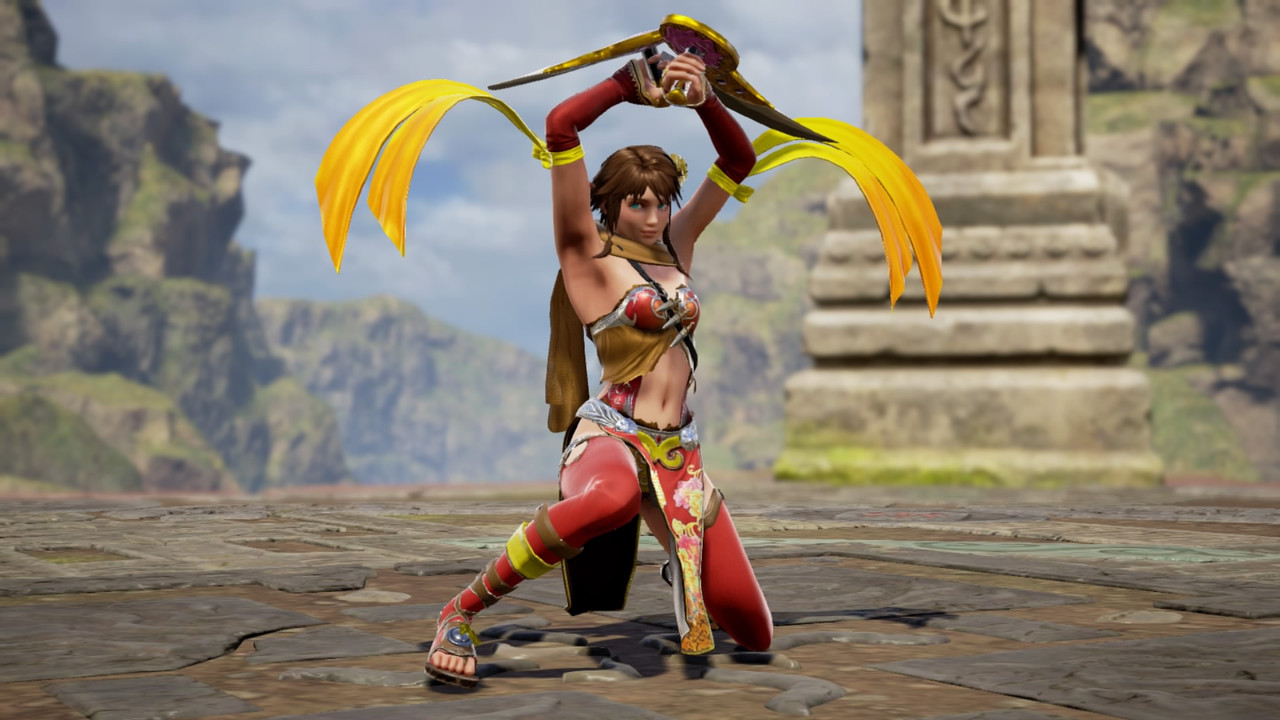 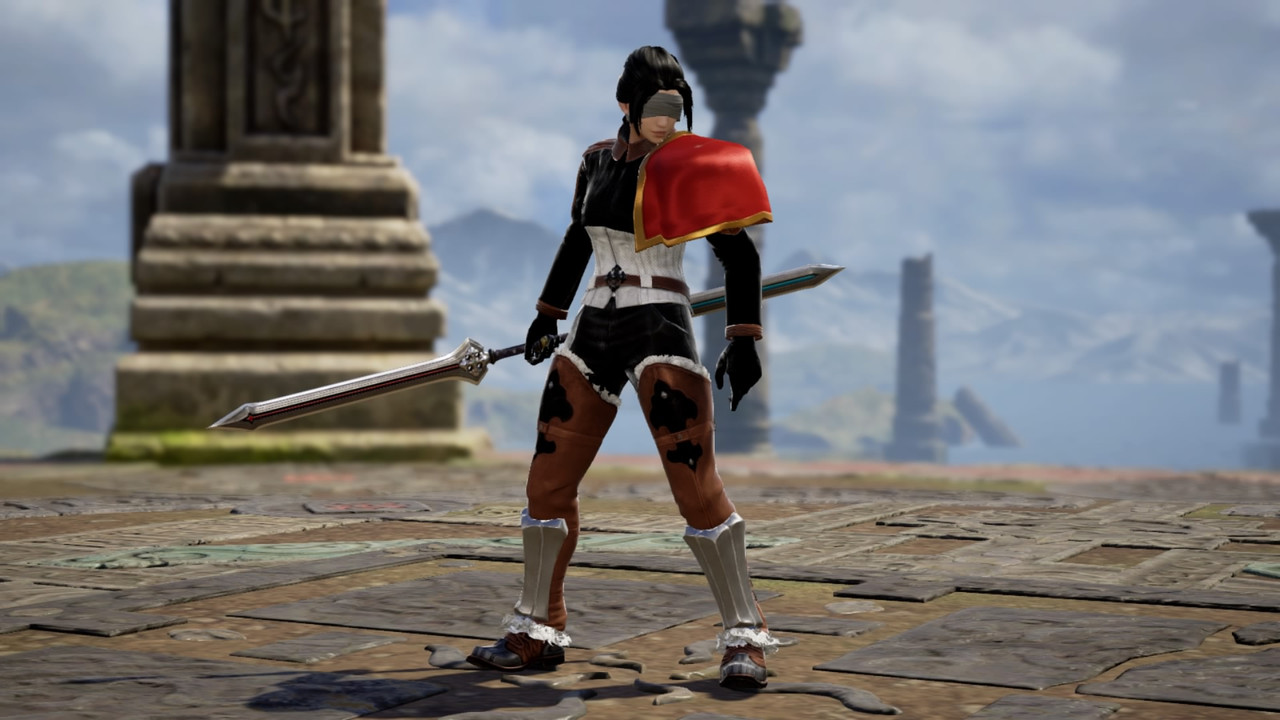 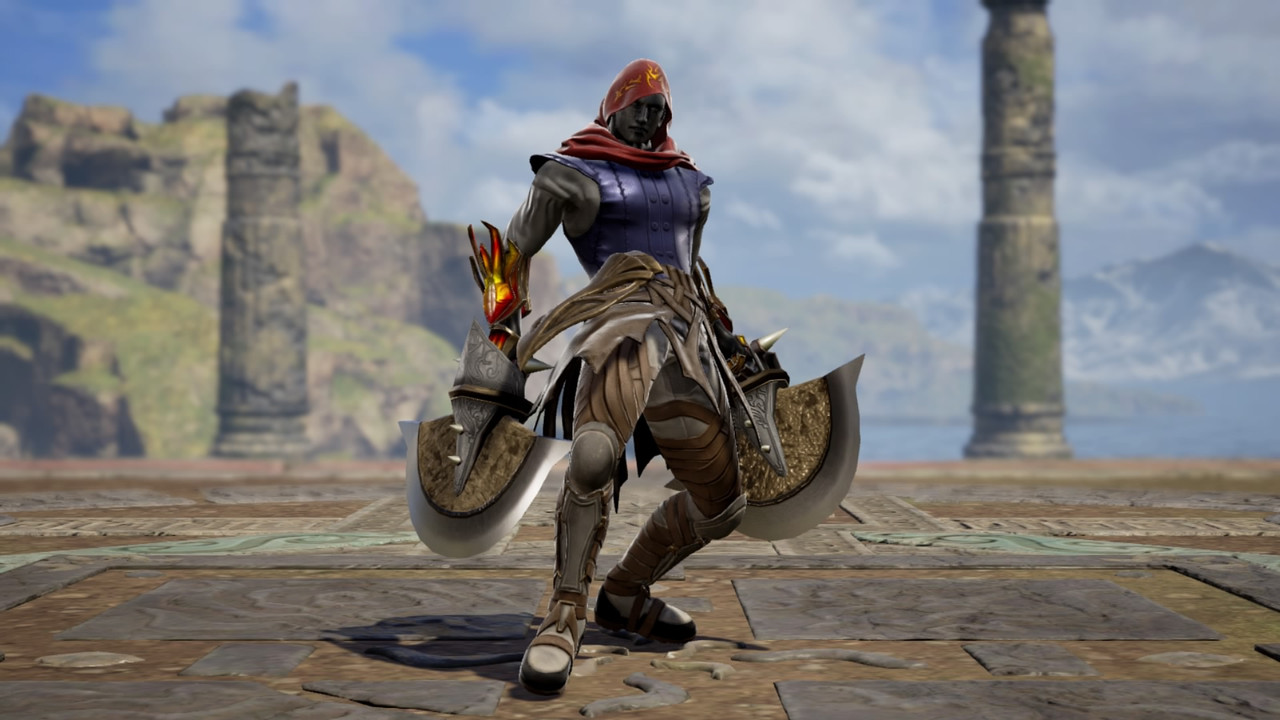 The faker. I want to use the non-human races, but nearly all my OCs have been human since the beginning, so I'm struggling a bit to decide who can be something else instead.

Another thing that I wish Project Soul added to character creation: the option of equipping shoulder and arm pieces either as a pair like normal, or separately so you can make your own asymmetrical looks, much like some costume pieces on Nightmare or Kilik.

Wow. I'll be honest, I've been playing Final Fantasy XII and Mortal Kombat 11 for so long, I completely forgot I actually own this game. I'm pretty sure I've made a couple characters so far. If I get home at a decent time tonight, I'll try and snap some pictures.

So are we expecting any more DLC characters? So far I really havent been impressed with the few we have gotten so far. 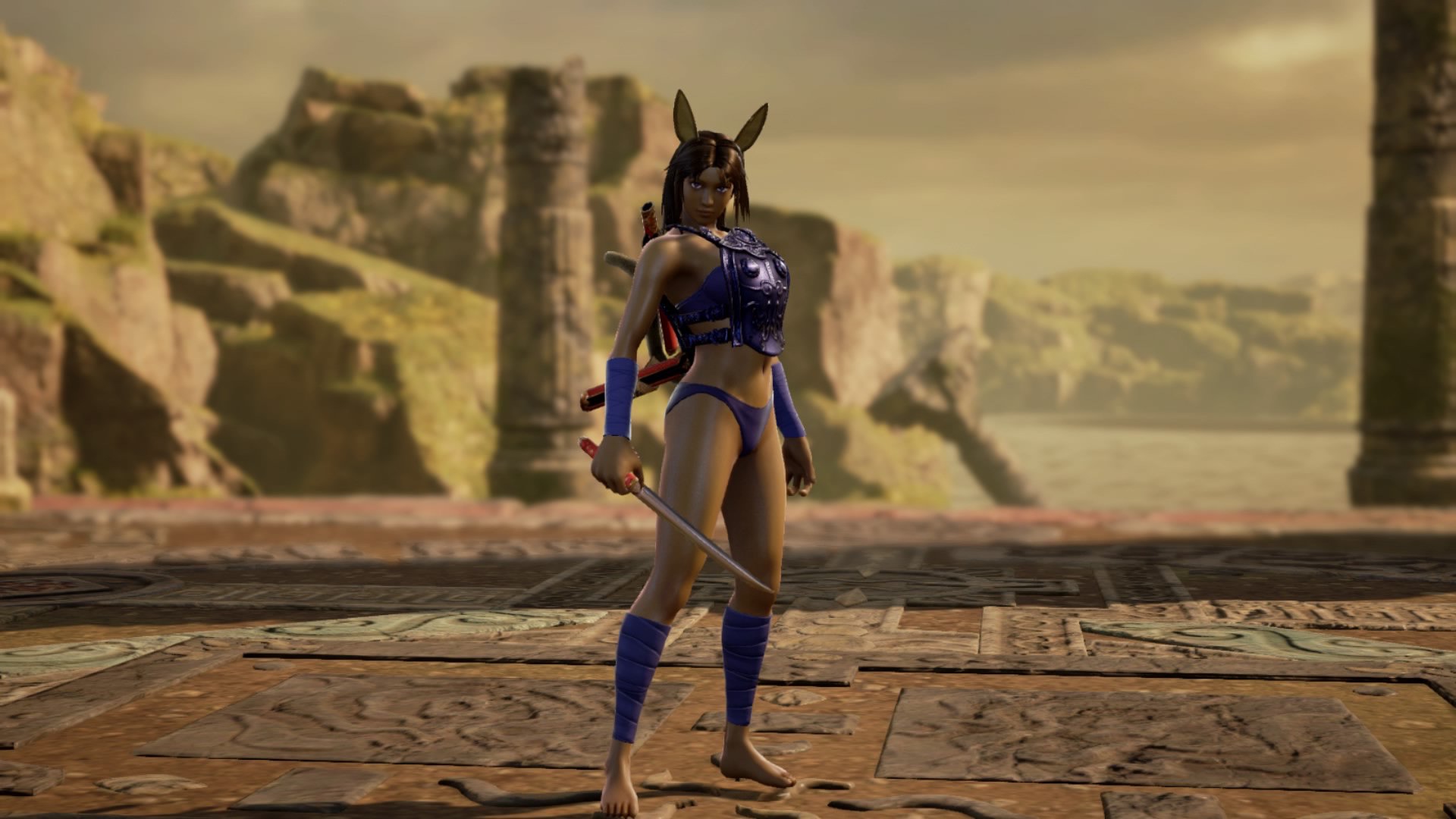 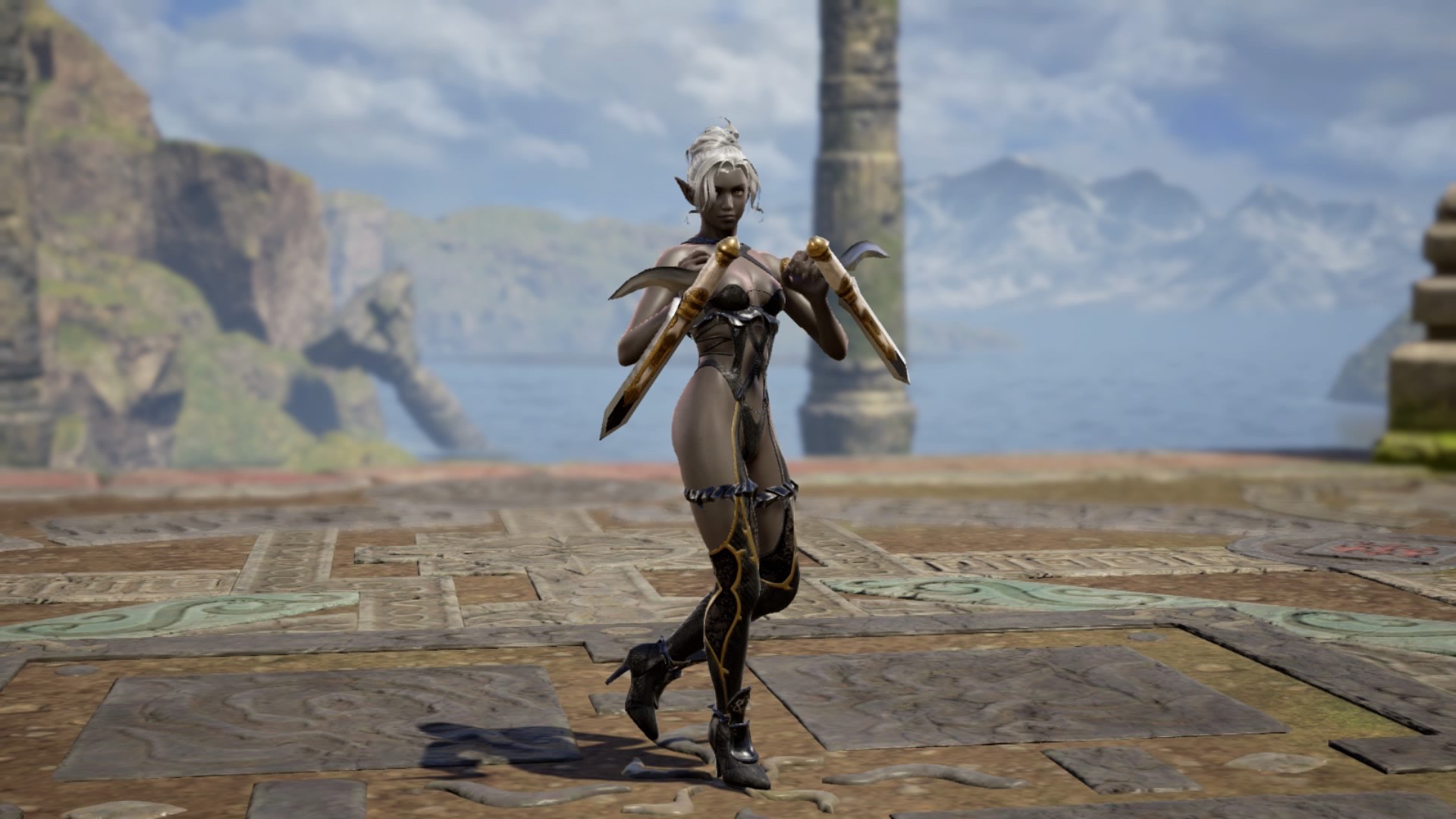 Nocturn...because I like me some scantily clad dark elves