135 replies to this topic

I picture her picking up the "Me Slash think" talk not because she's dim, but to fit in because she looks up to the other Dinobots so much, and sometimes forgetting.

put her on Volcanicus's shoulder in raptor mode and pretend she's telling them which things to smash.

One last picture - couldn't help myself touching up a couple of Slash's robot mode details while I had the paints floating around. It weirded me out a little when I realized that the paint app for the black strip on her chest didn't continue on the sides of the strip ... and whatever those head crests Transformers have are, I love them, but they need a contrasting color. And then I noticed the laminar armor around her abdomen continuing under the silver panels.... 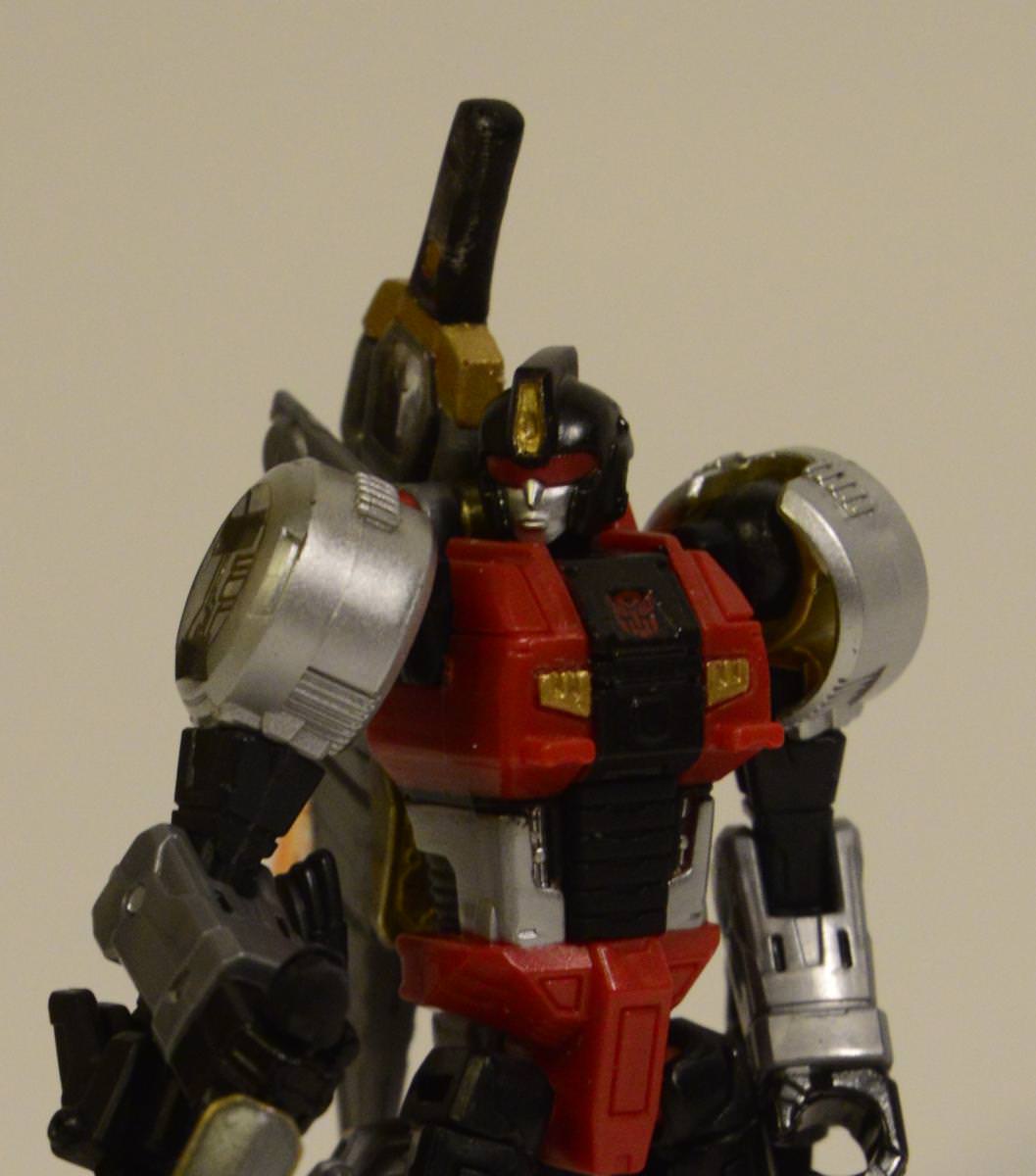 I love this tiny dino girl

I live to serve

I don't know why but I envision her voice sounding like the episode when Laserbeak spoke during the playback of potential energon sites in the G1 cartoon.  Kind of a raspy computer type voice.

Valley girl ... I mean she's got to sound as dumb as the rest of them

"Oh like totally for sure you're the King Grimlock! Oh mah gosh"

oh mah gosh don't you just totally love it, like for sure?

If you're not familiar with the character:

Spoiler
Starlight Glimmer was introduced as a villain in Season 5, a somewhat imperious leader of a commune of ponies who had given up their magical abilities to live in a society of perfect equality. After having her commune broken up by Twilight Sparkle and a failed revenge plot against her, Starlight renounced her evil communist ways and joined the main cast. She's a counterpart to Twilight in various ways, an equal to her in her magical studies and raw power, smart and kind and reserved and quite ready to overlook the faults in others, but also prone to a need to keep things just-so, and occasionally solves problems by brainwashing other ponies. 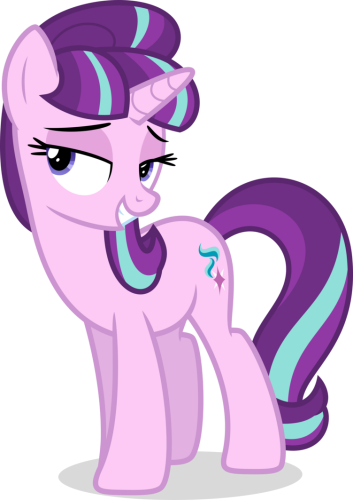 Her official Equestria Girls form looks like this, which simply would not do: 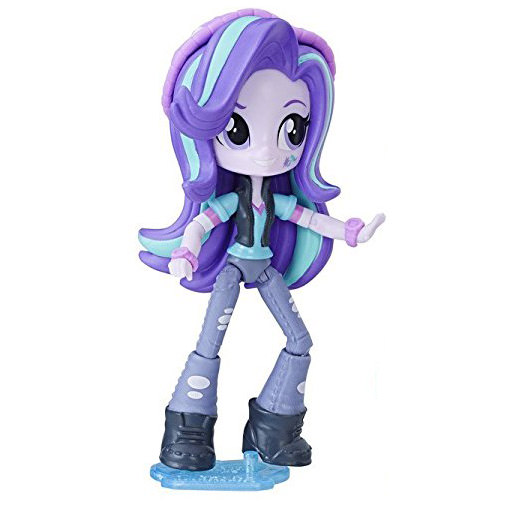 Luckily for me, her EG skin tone is almost identical to Twilight's, and EG Twilight had a dress-up version. After dropping the head in an alcohol bath for a bit and adding thigh swivels with some brass rods, I had this: 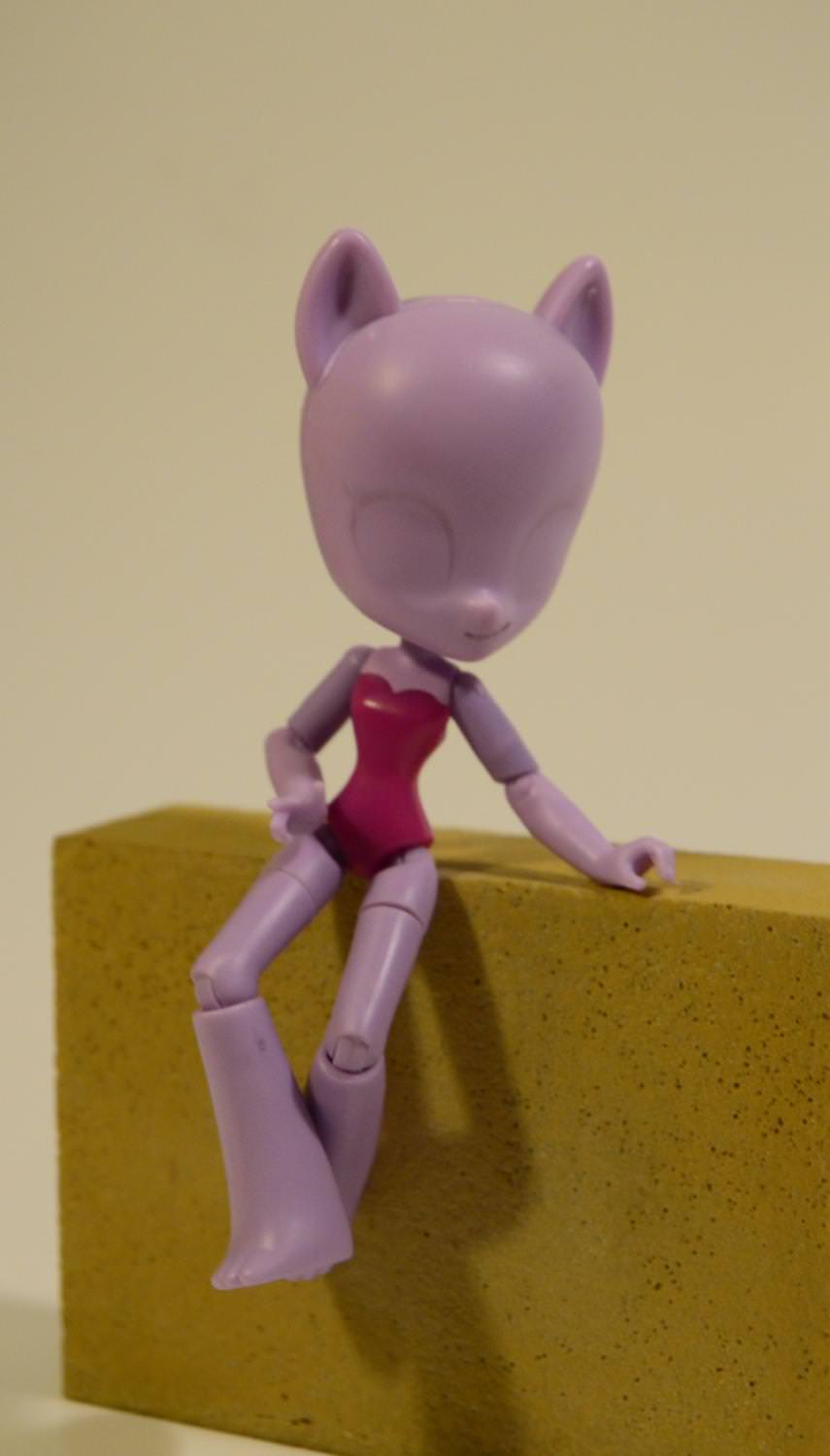 And after, like, fifty hours or so of sculpting and painting in which I think I did nearly everything at least twice, I had this. = ] 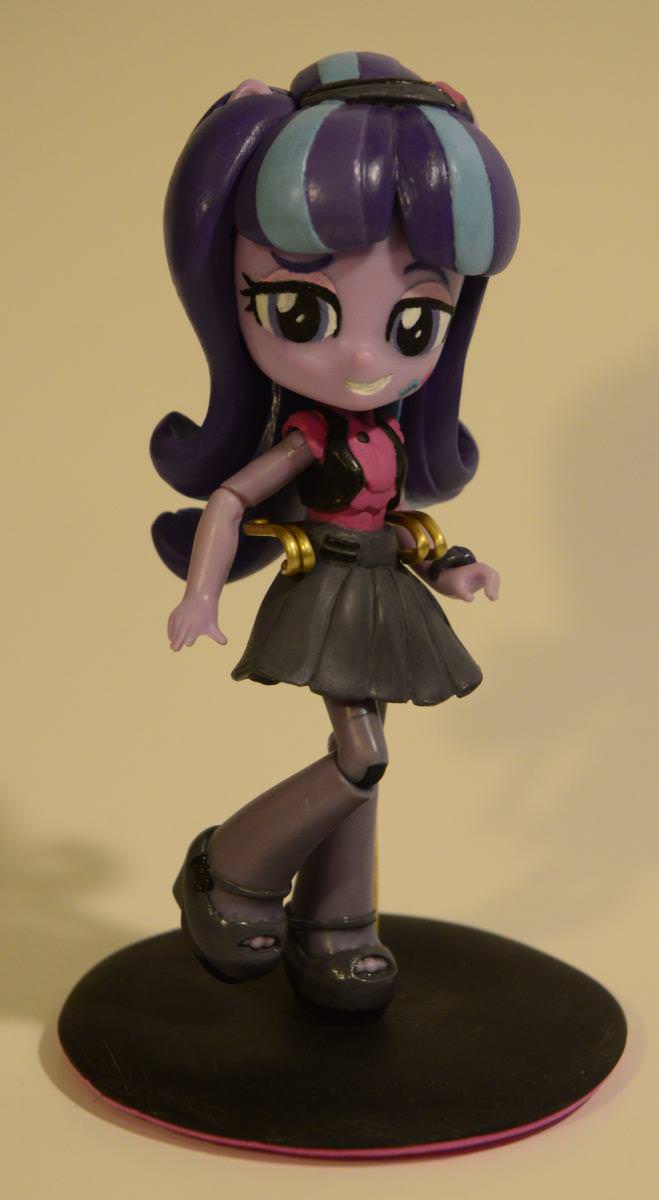 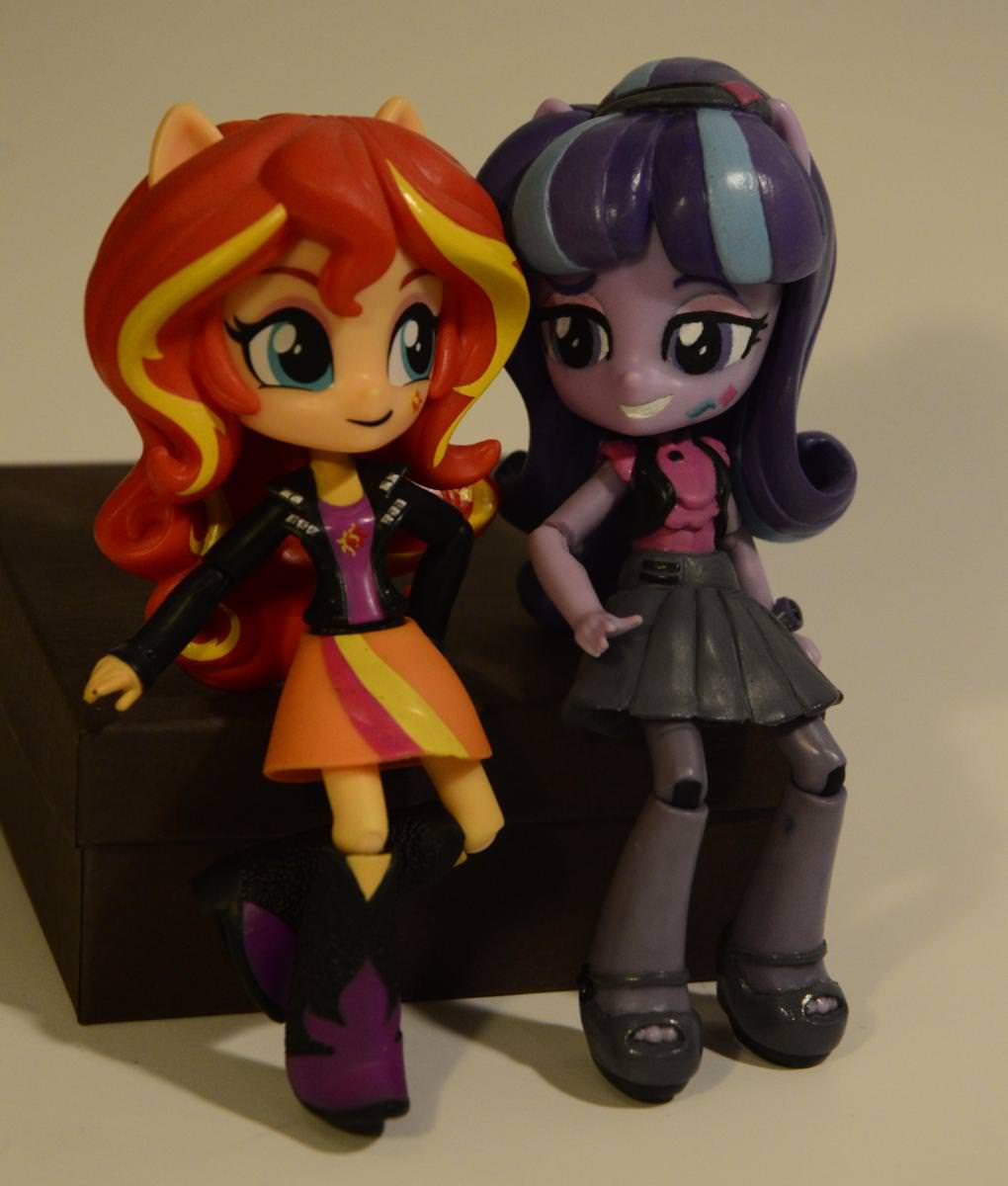 The added thigh swivel is a neat touch, I dig it.

That smirk is just perfect for the character, and the facial features you added lean into it so deliciously hard (those eyebrows!).


What I really want to know is what you did with the black knee joints. Those joints are really tight, and the friction means that any paint on the joint will not have a good time. Did you just accept this and reapply the black whenever it inevitably comes off (which is usually whenever you move the joint)?

The added thigh swivel is a neat touch, I dig it.

Yeah, it adds so much versatility to the figures - I've done the same with a handful of the other EG Minis I have, and now that I have the process down, might well go back and do it with everypony.

That smirk is just perfect for the character, and the facial features you added lean into it so deliciously hard (those eyebrows!).

I went around in circles with her expression but was pretty happy with what I landed on. And yeah, I think the eyebrows ended up making it and I'm pretty happy with them. = ] It doesn't quite fit into the mold of the other EG Minis, but it's close enough that she doesn't look weird on the shelf. Really glad it's reading well. = D

What I really want to know is what you did with the black knee joints. Those joints are really tight, and the friction means that any paint on the joint will not have a good time. Did you just accept this and reapply the black whenever it inevitably comes off (which is usually whenever you move the joint)?

Actually, the fact that they're black and the rest of the leg isn't is a result of my permanent solution to avoid chipping there: the legs are dyed. Since they were removable thanks to the new thigh swivel pegs, I made a hot glue mask over the toes and brewed up some black Rit dye, my first experiment in dying toy plastic. They came out slightly shinier than the rest of her skin, but that's also to be expected of sheer tights, which means it was basically a win/win/win outcome. The only small exception is that the back of her knees have some purple flesh showing since I dyed them bent, knowing it'd be more distracting if there was skin showing on the front when they were bent.

But the inner joint parts soaked up the dye to a, well, inky black within the fifteen minutes or so it took to get the rest of the leg to here, so there's that discontinuity. And similarly a couple of mold marks and a scratch on her right thigh also soaked up the dye much more readily and ended up marked.

I was very concerned about chipping, but lucked out that I don't think I should actually have any immediate chipping problems with any of the paint, as none of her joints are actually painted. = ]

Do elaborate! What dye specifically, powder in your own solution or ready-made liquid? Smooth Jazz in the background, or Heavy Metal? Temperature? Is the difference in plastics the likely culprit for the difference in colours around the knee? And did this joke go on too long?

I used the boxed Rit fabric dye powder, black, though I take it that the liquid stuff available is just a slightly more pricey and convenient delivery mechanism for the same stuff (a couple of dollars more for half the quantity in a larger package.) I followed the directions for half the packet of dye, boiled a very large pot with about a gallon of water in it, and added the recommended amount of vinegar (apple cider vinegar because that's what I had) and dish detergent to the brew, but not salt, which means the water boiled at the usual temperature of 100-ish° C and probably wouldn't harm the soft plastics of the toy. (I would find later, of course, that it did alter the surface of the plastic slightly and leave it with a slight sheen it hadn't had before, probably owing more to the astringent chemical properties of the brew than the heat itself.)

I made an aluminum foil boat and punched a bunch of holes in the bottom with a kitchen knife, put the legs in the boat, and lowered it into the shadowy waves, hooking it by one edge on the side of the pan to avoid any contact with higher-temperature surfaces, like a double boiler. I descended back into my little workshop to listen to a bit of a Seth Andrews podcast. Five minutes later, I returned to check that everything was still in order, drawing up the boat and peeking at its contents, then returning it to continue to steep; back to Seth.

I returned again in (I think?) another ten or fifteen minutes, hoisted up the makeshift colander, and whisked it across the room to the sink to avoid staining the linoleum; although I didn't dribble on my shirt, either, I decided it had been fortuitous to have worn a black one regardless and concentrate my efforts on saving the floor. (Though I wouldn't realize it until later, I did in fact lose a drop of dye onto the tile; but despite the concentration of the dye, without heat and faced with a waxy, stain-resistant surface, it came up later with a bit of soap and water.)

Rinsing the legs in their little pan, I confirmed that they had dyed to roughly the color I had intended and wouldn't need a second bath, and I peeled them away from the surface of the aluminum, the hot-glue masks of the toes having affixed themselves to the warm metal but staying attached nonetheless to the plastic and repelling any unwanted dye. I peeled away the masks, pleasantly surprised at the contrast between the toes and the hose and more confident now that I had been right to pull them out when I had, washed my hands and the parts vigorously in the sink with dish detergent, and disposed of pot of dye and the aluminum foil boat.

Is that enough detail? XD

Is that enough detail? XD

You spoil me so.


Cheers, I'll have to keep that in mind and do some kitchen chemistry myself at some point.

And while you are taking requests, any chance of a closer gander at the wrist watch? Did you try your hand at a tiny little clock face?

Gosh, no, nothing remotely so elaborate; the face is no smaller than the gauges you painted on that Rover, but I'm a mortal with shakey hands. Looking at it under the macro lens (which is manual, so sorry for the shoddy image quality in various respects) it's barely even painted in the intended solid colors. A curl of styrene sanded smooth with a layer cake of rounded putty disks on, and I'd have needed a magnifier to do any more. 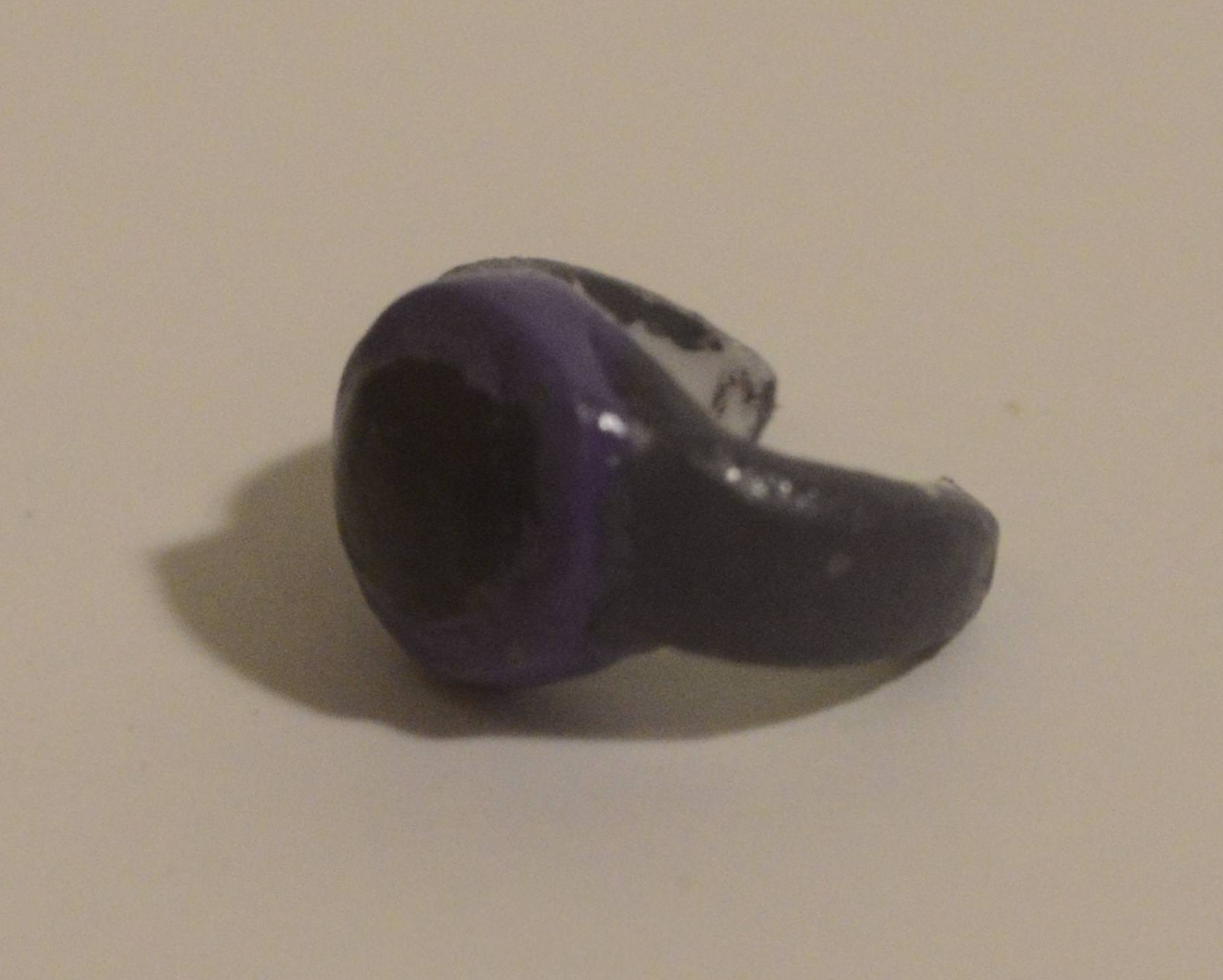 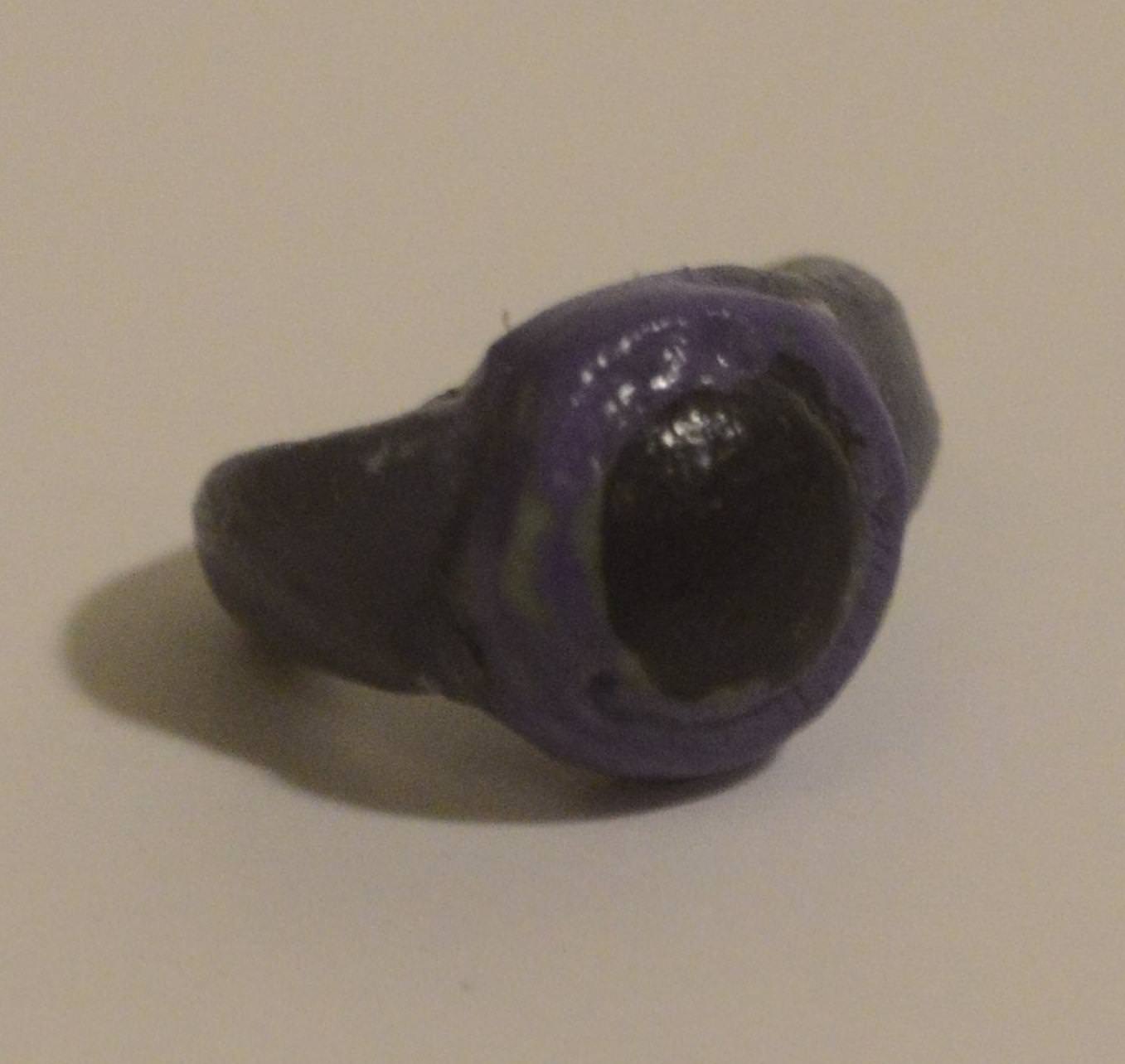 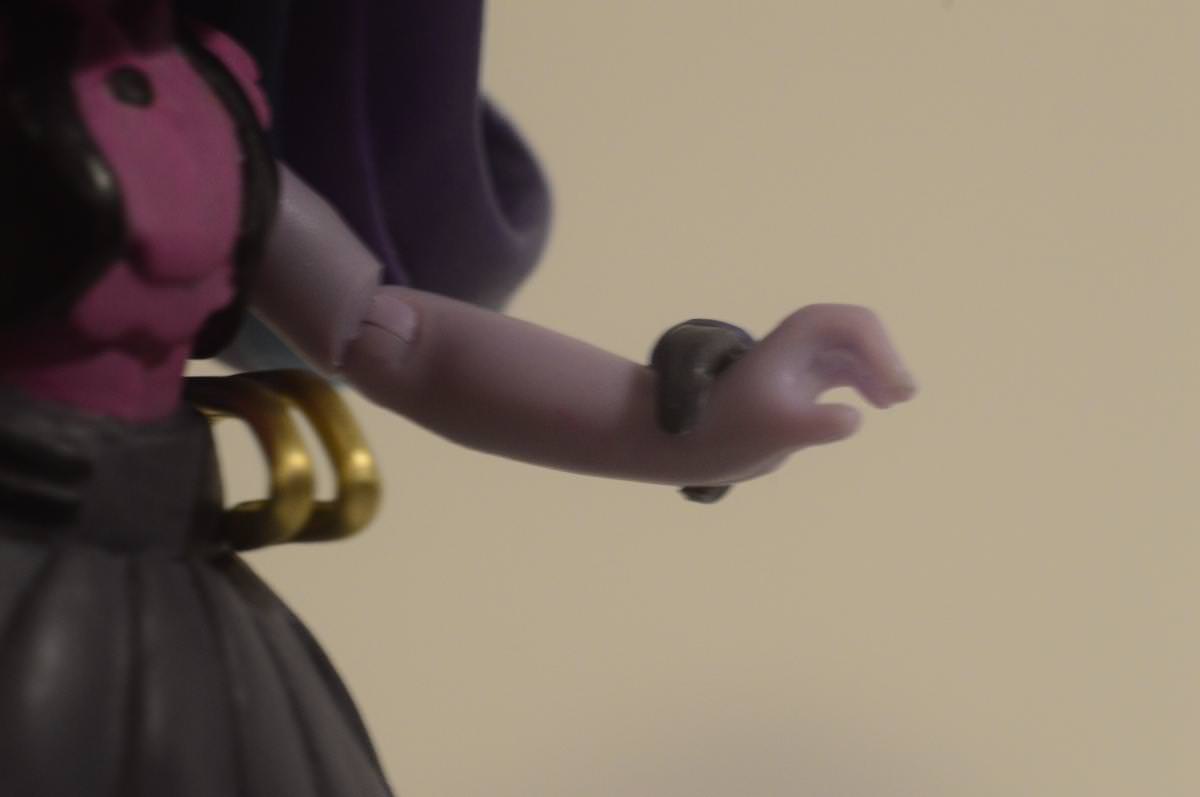 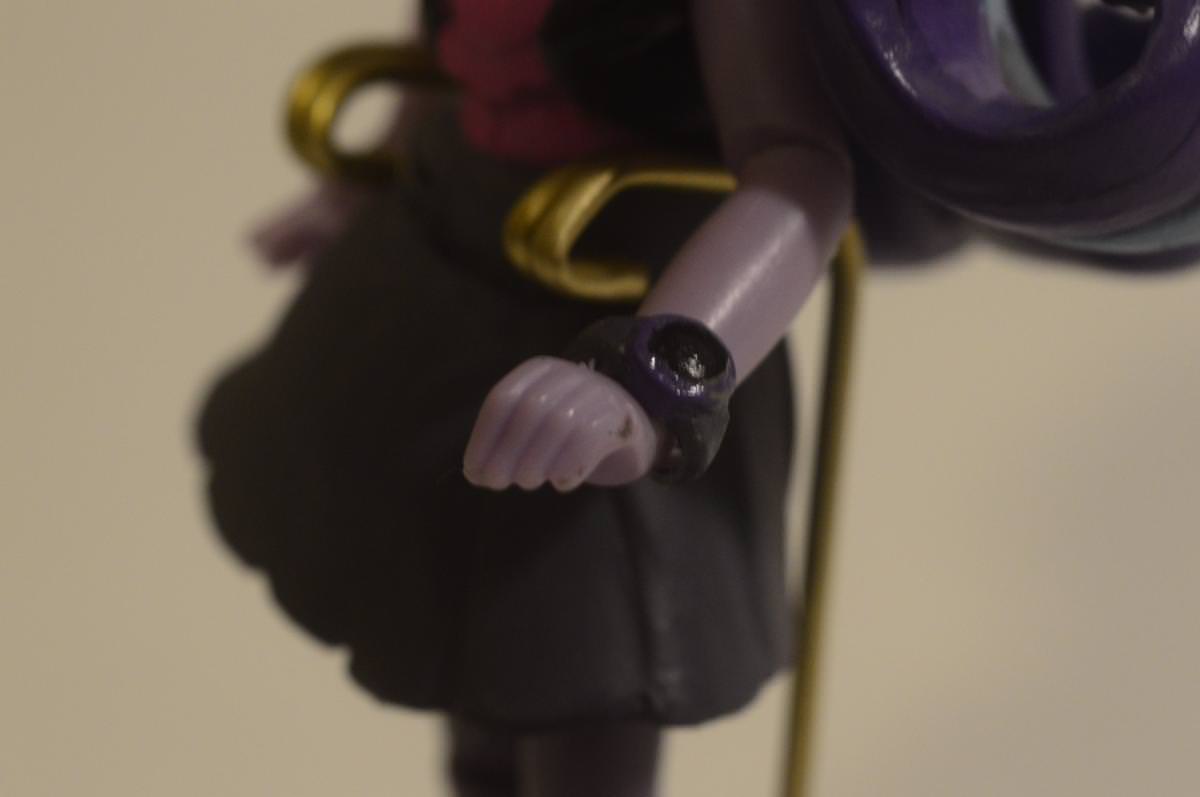 I'm consistently impressed and wowed by your creative skills and customizing abilities, Copper. Your work is flat out amazing~

Ha, thanks. Once in a while, I luck out and manage to make something I like. X ]

This is outstanding work Copper. I mean, wow, I don't even know where to begin, I think I have to come back and post a more constructive comment after digesting the amazing work you've done here.

Back to Wheeljack's Workshop · Next Unread Topic →

Also tagged with one or more of these keywords: Modification