IIRC, you play Heroes of the Storm, so her new Teleporter is pretty similar to Medivh's Portals.  You place an exit in a similar manner to Reaper's Shadow Step/Mei's Ice Wall (for reference, Reaper's max Shadow Step range is 35 meters, Sym's max range is currently 25, internally), and then entrance is placed at your feet.  Either gate is destructible.  Allied players can press a button while next to a gate to move to the opposite one, with a slight cooldown between warps.  Teleporters no longer have a usage limit, they just expire eventually.  It's no longer an ultimate, just her new "E", replacing her current Photon Barrier.

Likely best used for getting other immobile characters up to high grounds, and possibly to set up some sneaky flanks depending on the sight lines.

The devs had also said that they had it so you could launch D.Va nukes and stuff through the Teleporters, although that was before they added the button input to confirm a warp (at that stage of development, the new Teleporter was one way only, so on-contact was fine.  But now you can hop back and forth), so I'm not sure if that's still a thing.

While we're at it, the laundry list of other planned changes are as follows:

- shifted from Support to Defense, so DPS upgraded accordingly:  Photon Projector upgraded from 30>75>120 DPS to 65>130>195, but now takes 4 seconds to fully charge, up from 2.  Range increased (IIRC, similar range to Zarya and Moira now), but now fires a straight beam with no lock-on.  Leeches energy from Barriers, restoring ammunition (so theoretically she's a Barrier breaker now, burning through the shields and then frying the tank behind with a max-damage laser).

- turret count reduced from 6 to 3, but individual turrets have been made more powerful to compensate.  30HP now, up from 1 (D.Va and Reaper can't accidentally knock them over from across the map anymore).  Now activated as a projectile, firing at a similar speed to a Pharah rocket until they impact a viable surface, at which point they become active.  Destructible in mid-air.
- new ultimate: an infinitely wide/high Barrier generator with 5000HP.  Effectively cuts off a zone from incoming fire.  Lasts until destroyed.

That's all we've heard about her until this point.  She should be going up on PTR very soon.

Sym patch on PTR now (along with a bunch of other things).

Revisions to above, based on the current notes:

- Teleporter cooldown is 12 seconds, and has a maximum 10 second uptime.  Activation key is "F" (or wherever your "acknowledged" voice command is bound).

Also, the Defense role has been completely removed for everyone.  Attack and Defense characters are now just "Damage".  Which I suppose mostly works, and stops noobs from freaking out when you pick Widow/Hanzo/Junk on attack, or McCree/Tracer on defense, etc. Kinda leaves Mei in a weird spot, though, since her role is heavily specialized "point lockdown" aka "defense", and most definitely not DPS.

Wow, consolidating Offense and Defense is a big change! Sort of.

Cool to see the new Symmetra in action. Using the teleporter to direct turret beams is definitely thinking with portals.

Hope it's not too long before they roll her out across the board.

Before she goes live they need to fix her left click.

The way it's supposed to work is to deal damage at set intervals.  But if you rapidly click, you get a damage tick for each click instead (which can be cheesed with an autofire script, or just setting an alternate fire input to mousewheel down, if you have a "frictionless" wheel), which can be much faster than the intended damage rate.  Lots of videos of full-health D.Va Meka going down in about one second, etc.

Well, the new Symmetra has hit consoles. I certainly found the fireable, more robust turrets to be more effective than her originals. Only three is a bit sad but it's a fair tradeoff.

I struggled to use her ultimate in a way that ever felt particularly useful, but I guess as long as you don't place it somewhere super dumb, it's still soaking damage and helping out.

If you're on console, you might need to check your keybinds.  It's supposed to be L3 (the thumbstick button) by default to teleport.

From the Page of Cage!

HE CAME IN LIKE A WRECKING BALL!  AND ALL YOU WIDOWMAKERS ARE GONNA SHIT YOUR PANTS!

Ironbite-seriously he is a mobile tank.

Watching gameplay videos of rooms full of Wreckingballs using the tether to spiderman their way around the point is super amusing!

The fact that his passive removes the "head" part of every character is amazing.

Ironbite-wonder how they'll balance that. 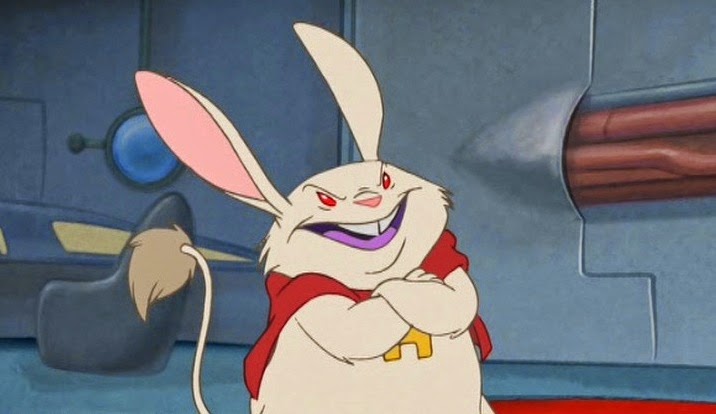 If you're on console, you might need to check your keybinds.  It's supposed to be L3 (the thumbstick button) by default to teleport.

Yeah, I recalled after posting that there was a button press required, and just hadn't noticed the prompts. Then started seeing keybind errors and was like... huh? I'm on a PS4, why the hell should I need to be binding keys?!

If you are reading this that means I'm already dead.

An adorable hamster hero? Well, looks like I gots me a new main...

If I had a bit for every time you made me feel worthless, I'd be worth something by now.

I may have misplaced the script, but I thought I was supposed to be endlessly longing after Patchy while Snowy was inexplicably infatuated with me, like a slice of life anime love triangle where I'm playing the unlikeable doofus protagonist for some reason. That also doesn't in any way rule out Snowy perceiving Patchy as a rival, of course.

Sombra's invisibility and translocator lasting indefinitely are pretty huge changes. Being able to destroy an enemy's translocator is great though. Many a time I've come across one and had to be content with dropping a steel trap on it.