83 replies to this topic

Over the past week I've become convinced that I NEED this game. I'm gonna grab it on Steam next payday and see how well I can run it. I'd just go with the PS4 version, but I'd like to play online every now and then and really don't want PSPlus (and my PS4 is shared with family, while my PC is mine alone, so I could play aaaany time).

It's maybe not a game you'll play for long sittings, or even weeks at a time. But it IS a game you will always come back to.

I dunno, with my personality and habits I can see at least a 1 or 2 week solid binge at the start, unless I just really can't get into it like I think I can. "Maybe the next star will have something cool! Or the next star! OR THE NEXT STAR!" I'm the type that goes "just one more area/battle/etc" and then realizes it's 5am (and two days later).

I can see being even more into it when they eventually introduce ship interiors. Being able to pop inside my ship and see my little living area and such between star-hopping really, really appeals to me. It'd be like having a usable motorhome in a GTA-style sandbox game, or the rare times you get an airship/boat with an actual interior in an RPG.

It's a bit of a slow burn at first. Try not to let that discourage you.

Aye. Once you get out of your sidewinder(or at least massively upgrade it), the game gets much more interesting.

Didn't have a real long time to play today, but did manage to locate one water world, three terraform targets and one ammonia world.

Only got one screenshot for today, but, at least for me, it's something I've never seen before. 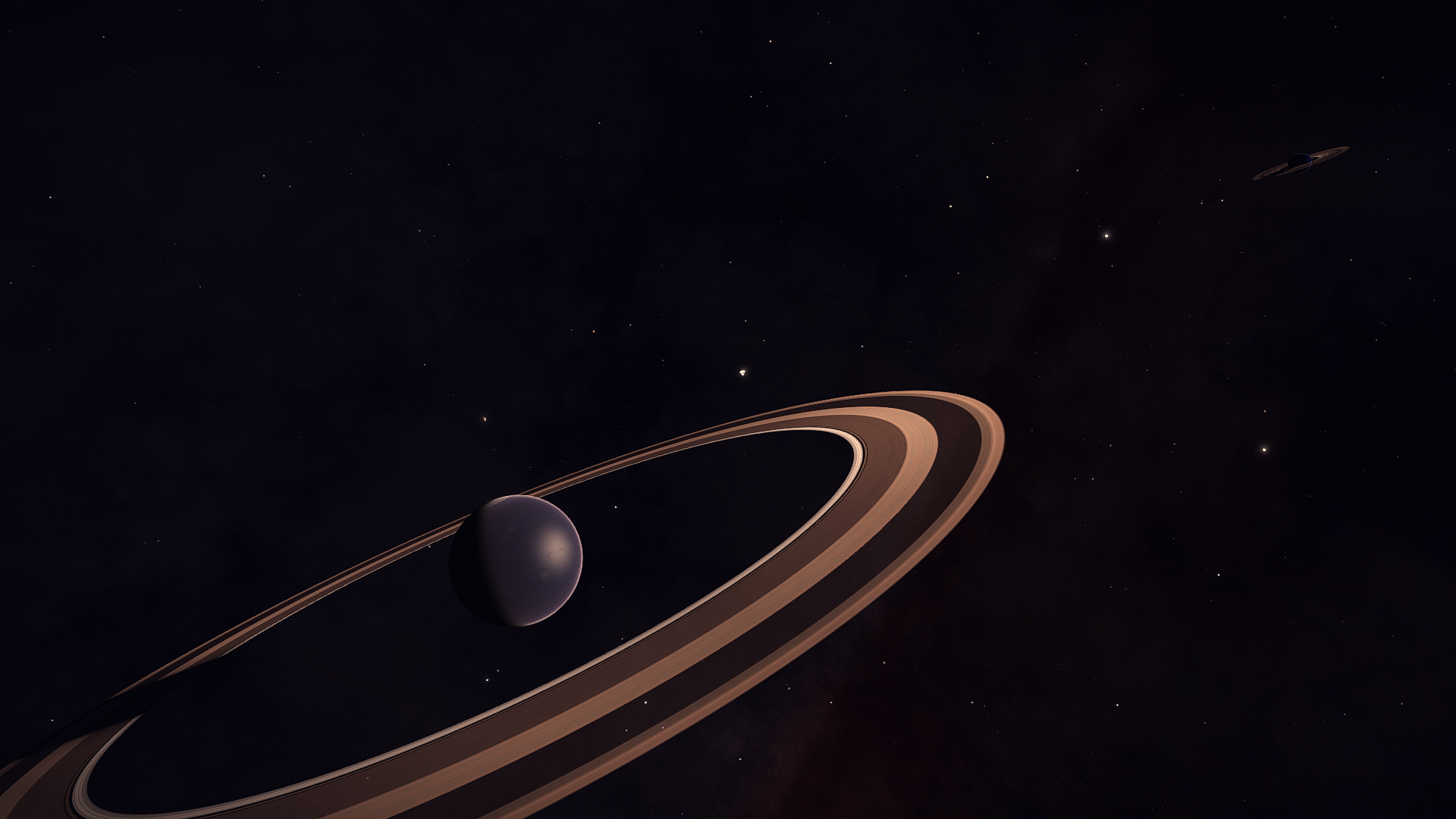 Currently at 13,906 light years from my destination.

So I took a mission to eliminate some pirates. Damn things keep jumping into hyperspace. Also I can't seem to approach effectively in supercruise. I keep under or overshooting. Any tips?

Best trick for supercruise is to keep throttling down as you get closer to your target.  Try to get it to where it stays around 7 to 10 seconds out according to the ETA marker until you're within range for a targeted drop(safe disengage).

As far as them jumping out at low health, i'm not sure.

10+ hours of downloading and installation later, plus a few hours of playtime, so here are my thoughts before I hop in bed and pass out:

-It runs surprisingly great considering my CPU doesn't meet the minimum requirements. I'm playing offline and haven't hopped into any asteroid belts or anything else graphically intense, though, so that could change.

-Auto Dock is my sweetheart. I'm gonna propose to it. Srsly. Landing isn't too bad if I take my time, but sometimes just FINDING the pad or the entrance to a station is an adventure. I flew around one of those dodecahedron stations for half an hour before I finally found the damn door. Eeghuh.

-Related to the above in a way, I've decided to abandon weaponry and focus on defense and getting-the-hell-outta-there, partly because I can't control things very well yet, and partly because just spotting a ship from a distance is kind of difficult for me. Maybe later when I have more experience.

-Related to THAT in a way, I bought myself a Hauler. I've gotten lucky so far and haven't been spotted while doing my handful of trading missions/deliveries, but I have had some attempted muggings elsewhere (because I forgot I had some electronics in my cargo bay. I randomly bought them and couldn't find anywhere nearby with demand, so they slipped my mind). A few of the delivery missions paid well, so I grabbed this chunky little ship and gave it some nice upgrades. I haven't flown it yet, so I dunno how it handles, but the shields, cargo, and jump distance are all pretty nicely upgraded now.

Next time: more delivery boy adventures on the way to big bucks and an eventual exploration setup.

Eager to get back in game myself. Unfortunately I've got two weeks to finish a little game jam game and if yesterday was any indication, I'm not gonna have much time for anything else.

Ended up playing tonight instead of coding.  Glad I did because I FINALLY found an Earth like planet outside of the bubble.  Also ended up finding one terraform target and three water worlds. 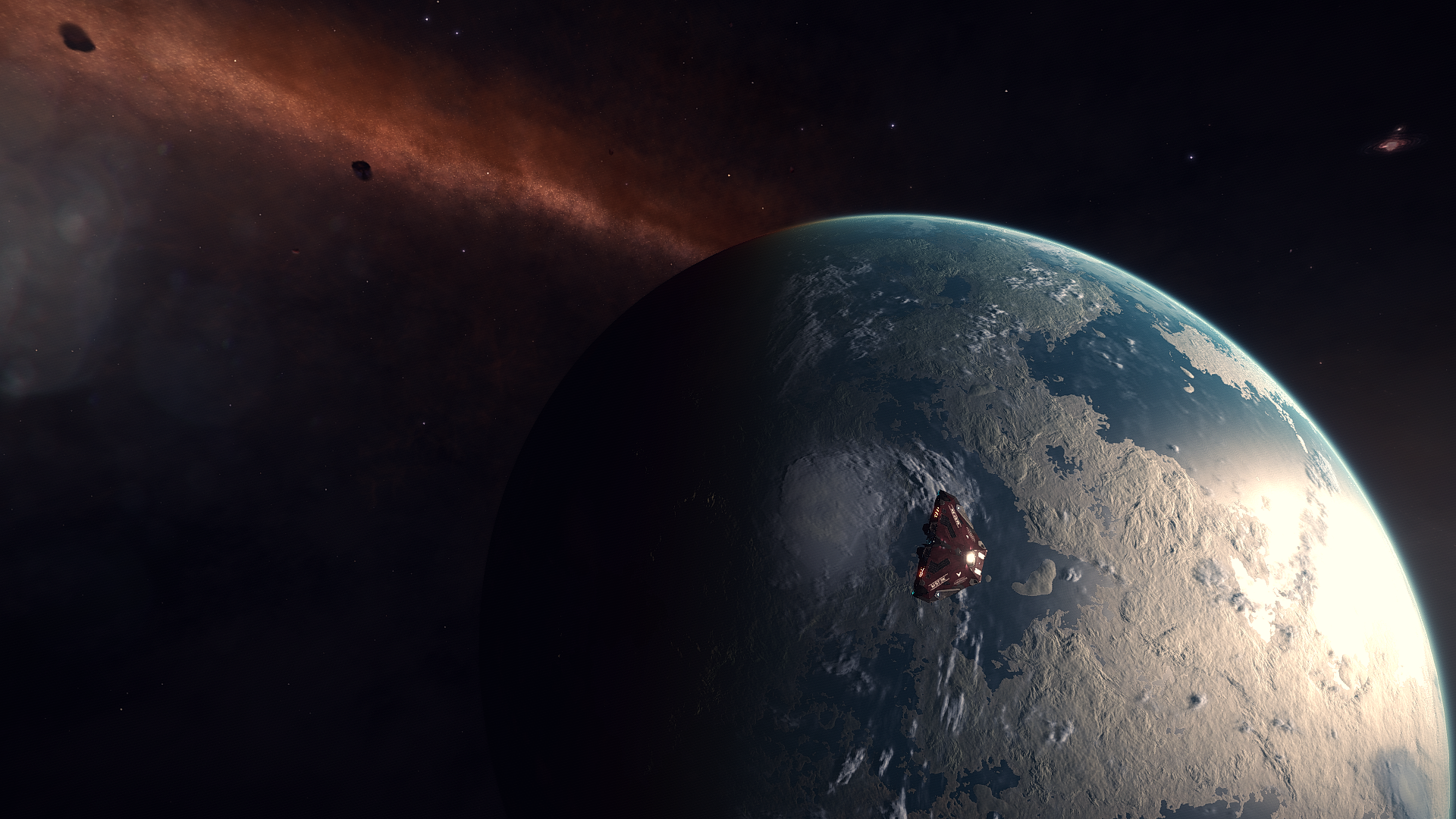 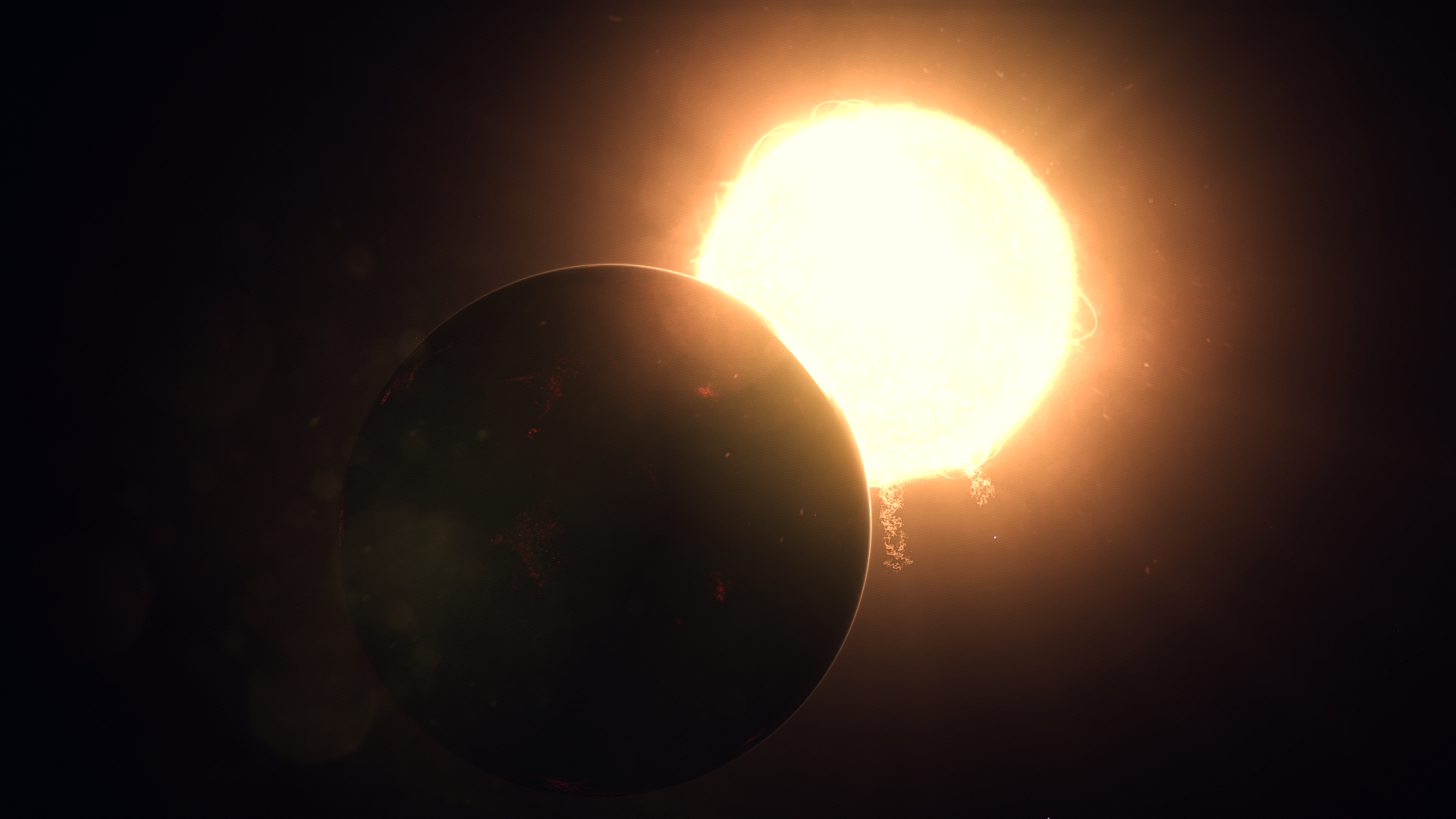 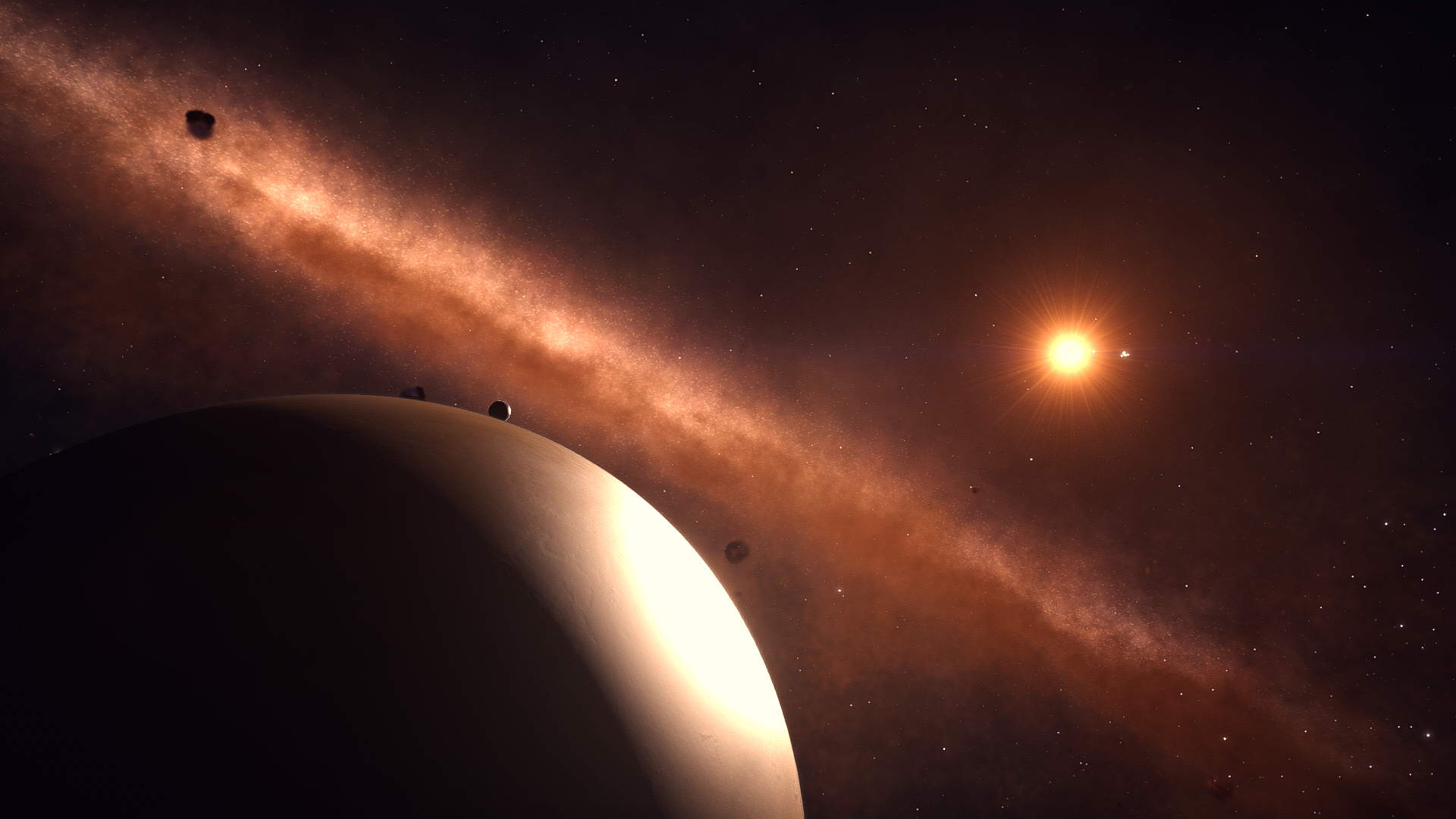 Forgot to check my distance to Sag A* before logging, but my guess is I'm about 600ly closer than I was when I started.

Decided to take a break from the sightseeing camera in order to make faster progress towards the core.  I did break down and take one shot, though. 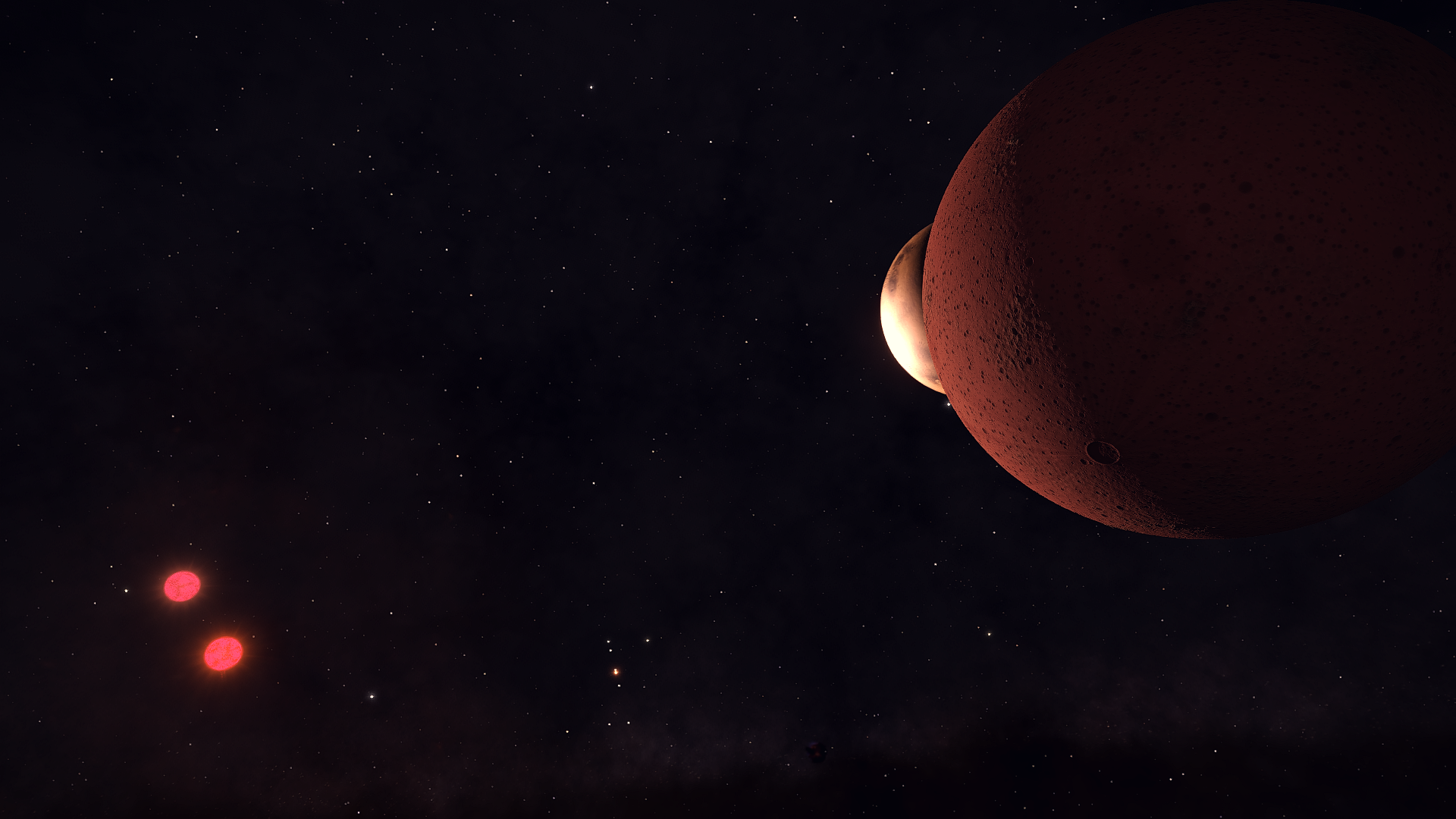 I've passed the halfway point, just 12,181 light years to go.  The bubble is around 13,000 light years away.  If I decide to turn back to civilization now, it will probably mean a trip to Colonia, which is now the closest human settlement.

Got a bit closer to the core tonight.  Still quite a ways to go. 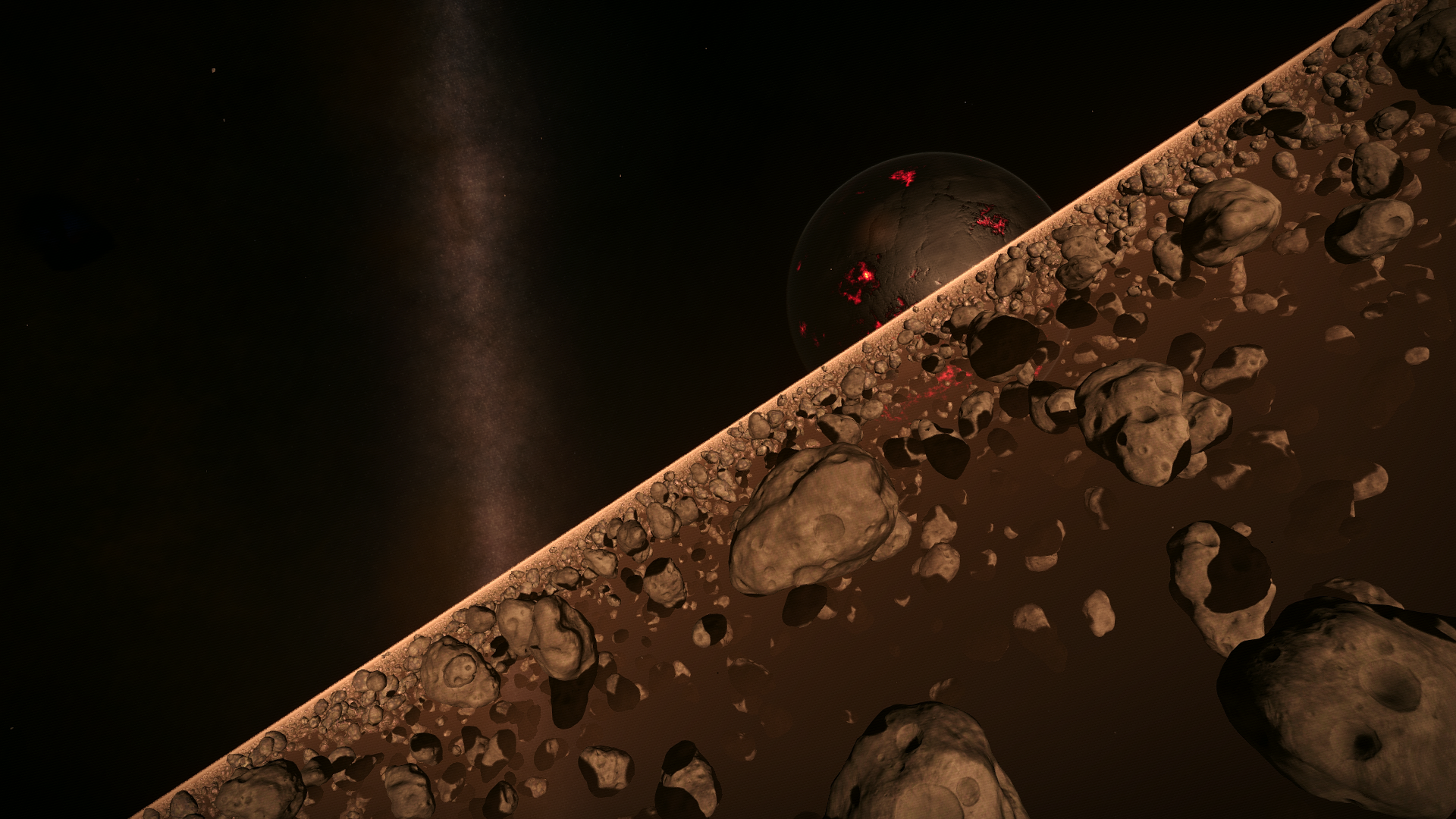 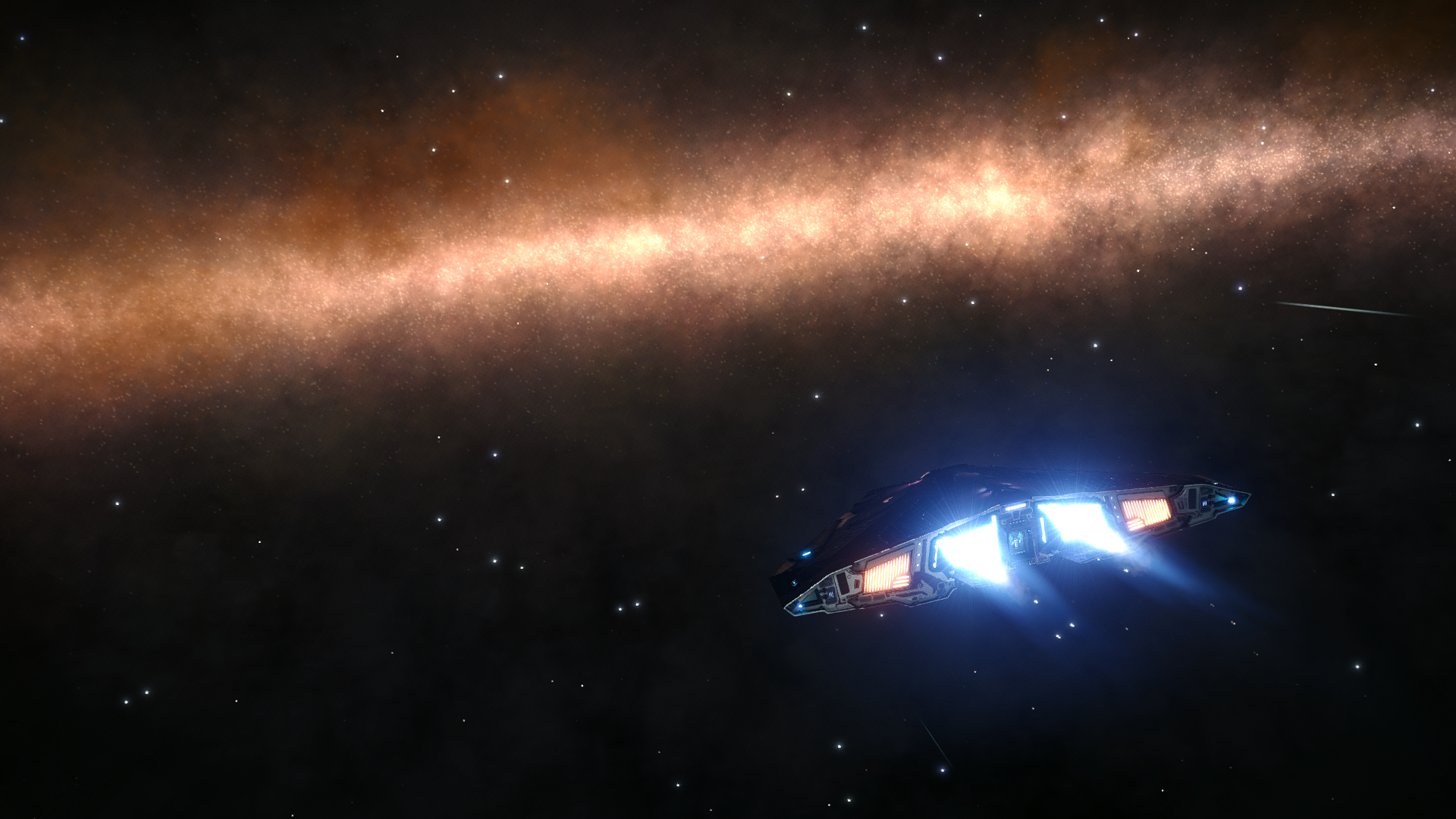 10,183 light years to go.  I'm halfway through the Norma arm, should just about reach the Near 3kpc arm during the next leg and then it's time to enter the core.

I bought a Diamondback Explorer the other day, and I've just been drifting around, going wherever my missions lead me. I've unlocked a few engineers, and my next goal will probably be grinding out Sirius rep so I can get access to the system.

And wow, tooling around in a Scarab is a BLAST. Even though I started with the equipment, I didn't bother using it until I reached Maia and decided to find the alien base in a nearby system. The little rover is seriously fun to drive.

Kinda regret not going with the diamondback at this point.  I had the cash, but went with the Cobra instead.

The Cobra seemed a bit more well rounded at the time, but it just doesn't have the range of the Diamondback Explorer.  I could have cut several jumps per leg if I had made the other choice.

Ah hell..I've just spent all week buttering up the wrong Sirius Corp for the system permit. I really should've checked more thoroughly BEFORE getting Allied status.

I spammed the data courier missions between Sothis and Ceos, got allied with the actual Sirius Corp (and most of the other powers in those two systems

I'm gonna do some of the weekly quest, then prep for the 5000ly journey needed to get the invite from Palin himself.

Just under 11,400 ly to civilization(Colonia)

Nice! I've been planning a trip to Colonia myself, but I haven't played more than a few minutes since the last update. Just too much other stuff going on for this time-sink. Someday soon I need to open the game, put on some Netflix in the background, and just get lost in space.

So I just picked up the PS4 version, and having problems with... well.. flying. Seems I can't turn fast enough for the combat missions. Anyone know if PC flightstick may work on it?