Citizen
Sad thing is we actually have the majority, it's just that enough of said majority has been convinced voting doesn't matter or has been disenfranchised by discriminatory voting laws. 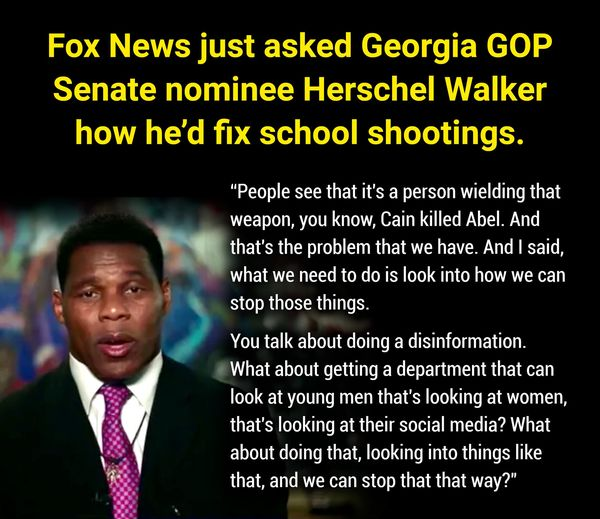 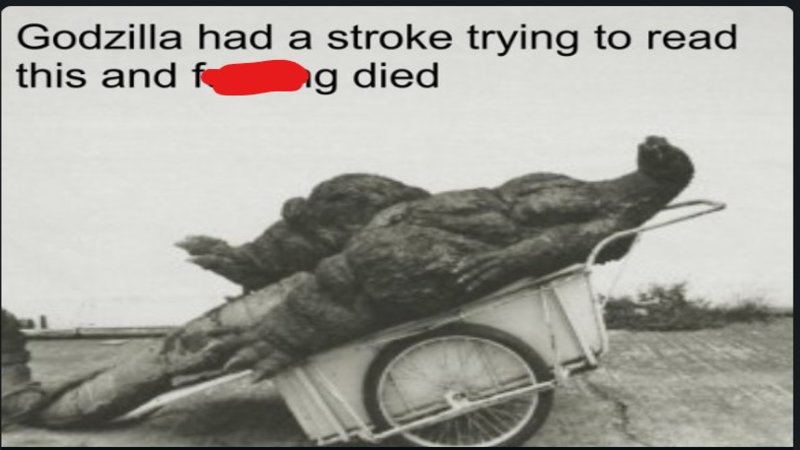 Citizen
Jesus Christ, they might has well have asked Scott Steiner how to fix the problem, the answer would probably make more sense!

Covert Agent Rodimal said:
Jesus Christ, they might has well have asked Scott Steiner how to fix the problem, the answer would probably make more sense!
Click to expand...

At least we would have gotten some decent math.

Staff member
Council of Elders
Citizen
I hit my head really hard as an infant. Let me translate.

He wants the government to read our social media pages and predict who's going to be a mass shooter.

Citizen
Wasn't... wasn't the alphabet soup already doing that? I mean, not for specifically a mass shooter, but in general.

Citizen
They're all about surveillance on the lower class. Doesn't mean they'll actually do anything productive about it, of course.

Wheelimus said:
We don't have the 2/3rds majority needed to pass a new constitution. Don't control 2/3rds of the states to ratify it. And with our odds for this November you might want to table the discussion anyway because we REALLY won't have the majorities. And the new constitution would scare you. Probably expanded 2nd amendment with a complete abortion ban in the damn document.

The constitution is flawed but it's really the best we've got.
Click to expand...

that's why we need to burn the entire ******* system to the ground and stick as many of the GOPs heads on pikes as soon as possible.

Citizen
OK, but here's the issue. One of the key things we're fighting for is to strip people like you of the right to even own the guns you're proposing we all buy and use to murder our enemies. So uh... that's complicated.
X

Citizen
Fascism is not a race.

Citizen
Of course not. A race has winners.

Pocket said:
OK, but here's the issue. One of the key things we're fighting for is to strip people like you of the right to even own the guns you're proposing we all buy and use to murder our enemies. So uh... that's complicated.
Click to expand...

Don't try to "both sides" me when the other side is literally a bunch of ******* Christofascist Nazis who want most of the people I care about dead, enslaved or tortured into being cishet. **** off.

Citizen
I'm not both-sidesing anything; I'm saying that the majority of people on this forum believe the second amendment is bullshit and that people, in general, cannot be trusted to own guns. At the bare minimum, I would hope that anyone who talks openly about violently overthrowing the government would not pass a background check. Or do you think they should give you a pass because you're talking specifically about a leftist revolution?

Citizen
You can believe in a well-armed proletariat and also be for sensible gun control, dude. Nobody should have access to assault weapons on the left, center or right, but I think in this political climate it's getting depressingly necessary for people on the left (particularly minorities of any sort) to own guns to defend themselves from the rightoid fascists who currently have a near-monopoly on guns and would love it if they got to go around being brownshirts and shooting up any "libtards."

Also while I want a revolution, I'd prefer for it to be a non-violent one. General strikes, workers making the economy stop, that sort of thing. However, I don't think it (or a violent leftist revolution, for that matter) are likely to happen any time soon. I just really fuckin hate the Republicans and I'm scared of what they'll do when they take over this November and rig the elections from 2024 onward.

I'd ask what that could possibly mean, but I don't think that there are any good answers....

Citizen
This is why I don't want kids. Nobody deserves the world that's coming.

Citizen
"Racial confusion” sounds awfully like a euphemism for what the Fash call “race mixing”.

Citizen
Kirk Cameron thinks bananas disprove evolution, so I never expect anything he says to make sense.
B