Not enough brown people down there.

Or rather, entirely too many white people for that.

Citizen
Yeah, fixing the gerrymandering and voter suppression in Texas would go a long way.

Citizen
Fixing the gerrymandering across the country would result in a lot less Republicans in office.

So of course they'll fight it tooth and nail.
T

Not even that. Just effing kick them to the curb. They think they can take care of themselves.. leave them to it. They can't use US currency, they no longer get any fed support, all military bases are closed, all business that bring things from Texas needs to pay import taxes... Just cut them off all together.

Nah, sell it to Mexico
T

Honestly.. I doubt Mexico would want them, but nah, don't have to sell them. If all fed help just stopped.. they would be part of mexico within a week.

Citizen
So the Texas GOP website got hacked by Anonymous. They've already reverted it, but one can find it on the Wayback Machine. I am in no way going to link it (warning, there's a goatsie involved). 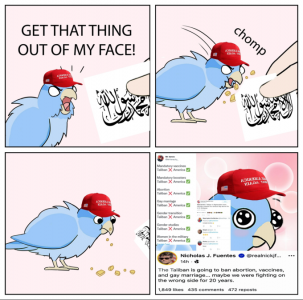 Citizen
You know that "'I never thought the leopards would eat MY face,' sobs woman who voted for the Leopards Eating People's Faces Party" meme?

At this point, it's more like "I'd gladly offer my face to the leopards as long as it helps keep the Prevent Leopards From Eating People's Faces Party away from politital power!" 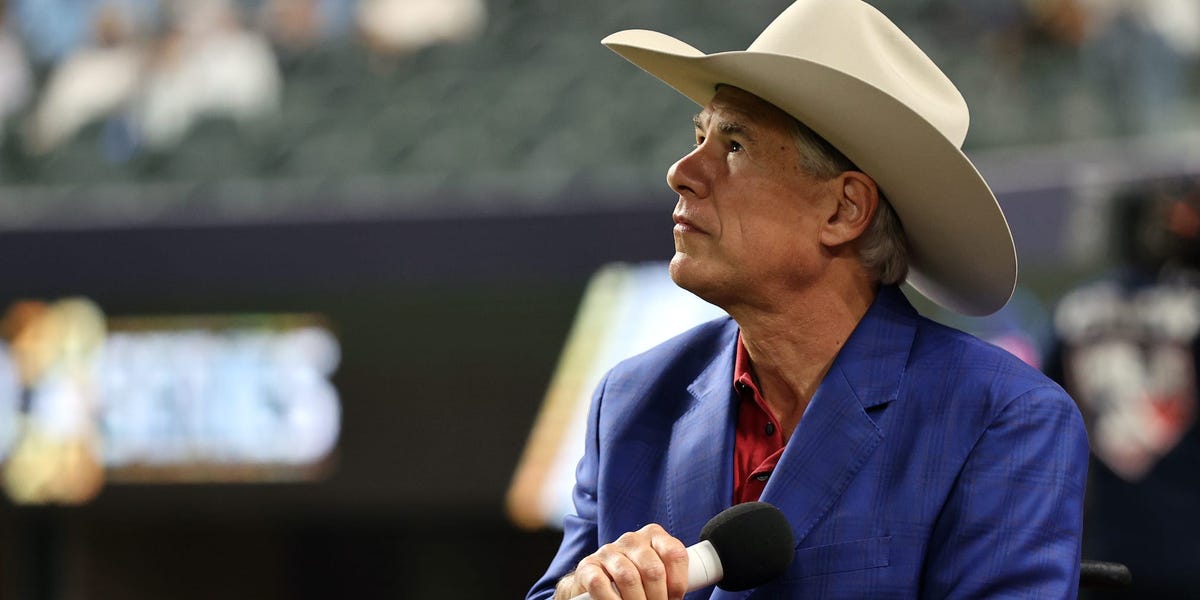 Joseph Alvarez allegedly told police he targeted a random couple over the insane idea that they were conducting magic abortions in a park.
www.thedailybeast.com

Joseph Alvarez allegedly told police he targeted a random couple over the insane idea that they were conducting magic abortions in a park.
www.thedailybeast.com
Click to expand...

According to court documents obtained by the El Paso Times, Alvarez said he was “executing and exterminating the pro-choice Jewish Satan worshippers” when he descended on the Kaufmanns’ home, ambushing Georgette Kaufmann before trying to enter the home and shoot her husband.
Click to expand...

Jewish people have their own Satan?

Citizen
Satanists don't even have their own Satan.

Citizen
Oh, Texas' anti-abortion law was crafted in such a masterfully evil way it's beauty almost brings a tear to my eye. They made the law so it can't be enforced by the state, only civil bounty hunters, and thus the state can't be sued for enforcing an unconstitutional law. And since the law doesn't target pregnant women, pregnant women can't sue, and third parties can't sue on their behalf. The Supreme Court realizes this is an unconstitutional law, but claims there is no way to tell if the law would be enforced and thus refused to stop it from going into effect. The only way the Supreme Court can rule that it is unconstitutional is if someone sues one of the bounty hunters and it bring it before them, which could take years to get through the courts. This is the first time anyone has ever tried something like this, Republicans have found a loophole that allows states to ignore the constitution when it is inconvenient for them and enforce it when it meets their interests. So you can't use it to ban guns because the courts will immediately rule it as unconstitutional. This only works as long as Republicans control the courts.

Citizen
so, forever then.

Citizen
Oh, this is going to start a trend, isn't it. Get ready for every red state to turn into a vigilante police-state where armies of brownshirts enforce "laws" against anything and everything the Republicans don't like.

Staff member
Council of Elders
Citizen
This will definitely be copied.

Citizen
It's not starting anything because it's not new. They're just taking the masks off now.

Citizen
It reminds me of a Trek message board from back in the distant past of the early 2000s. It did its best to be fair, transparent, democratic, all that. The rules were clearly spelled out, all warnings and bans were public, and there was a public forum to appeal such.

Unfortunately, it didn't work. There was one user in particular whose sole purpose in life was to get his post count on this board as high as possible. So he'd double and triple post, reply to himself, bump old threads, start new threads. And every time, enough people would complain that a new rule had to be instituted. 'No double posting within a certain time period.' 'You can only create a certain number of new threads per forum per day.' And so on.

The board was never willing to institute a basic rule, a rule 0 to say 'don't be a dick'.

Citizen
While it's perfectly alright to try to institute a rule like "don't be a dick"; ultimately unless the guidelines are clearly explained it ends up trotting on the grounds of tiranny because absolutely everyone has their own definition of "dick", and you deliberately introduce bias into enforcement.
You must log in or register to reply here.
Share:
Facebook Twitter Reddit Pinterest Tumblr WhatsApp Email Share Link
Top Bottom