Citizen
Well, Marjorie Taylor Greene is definitely brown on the inside.

With "brown" being a shorthand term for people with a certain socio-political position that is derived from the color of the uniforms of a certain political movement that was in charge of Germany a few decades ago.
T

Nevermore said:
Well, Marjorie Taylor Greene is definitely brown on the inside.

With "brown" being a shorthand term for people with a certain socio-political position that is derived from the color of the uniforms of a certain political movement that was in charge of Germany a few decades ago.
Click to expand...

I thought it was just because she was full of shit. 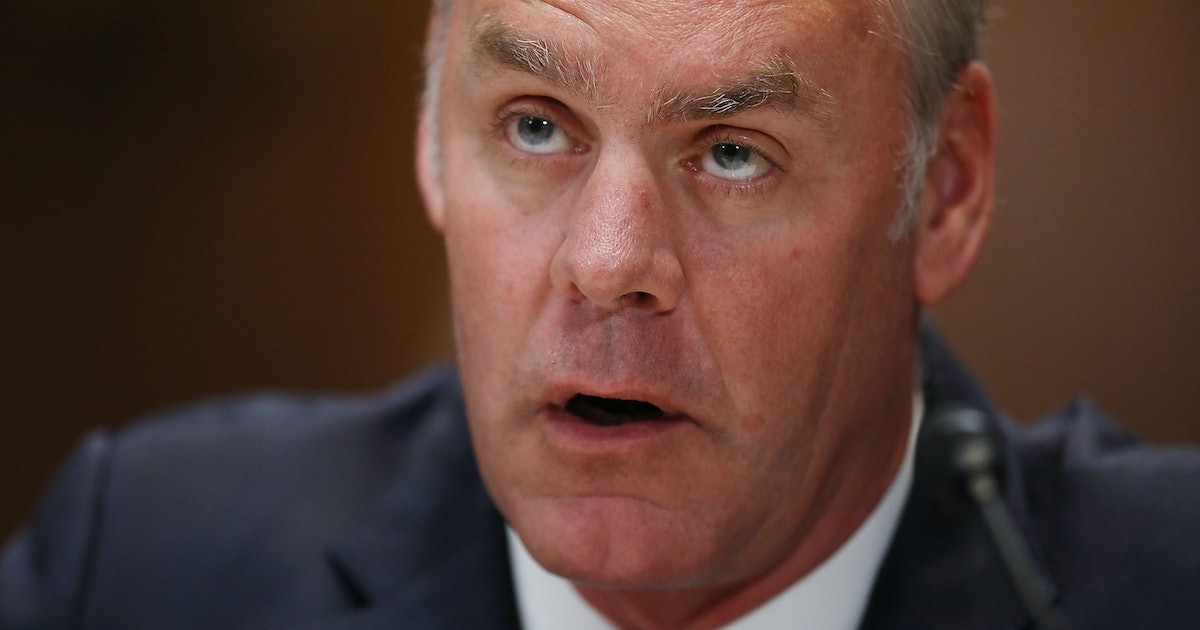 Former Interior Secretary and current congressional candidate Ryan Zinke has some questions about the wind. Let's answer with a few questions of our own.

this is what's killing us.

Citizen
I am not smart enough for there to be this many people in power stupider than me.

Citizen
I'm going to refer you to a suicide hotline, wheels. Cause that is NOT a happy mental health statement.

Staff member
Council of Elders
Citizen
Nah, I just want to see Boebert, Greene, and all their ilk get schooled on everything by 5th graders.
N

Wheelimus said:
Nah, I just want to see Boebert, Greene, and all their ilk get schooled on everything by 5th graders.
Click to expand...

Why do you hate fifth graders so much?

Citizen
So you either expose the blatant hypocracy, or rampant idiocy of the republicans rep. Either they are lying their asses off, or they actually ARE that stupid.

And they're the government. They're legilators.

And when they lose to fifth graders, either because they are THAT dedicated to the lie, or just outright that ******* stupid: they go back to their PR people, to facebook, to twitter, and any other source they haven't been banned from and they start threatening fifth graders.

Citizen
You can't beat a Republican in a debate, because they're not even debating. They're just yelling really loudly until you give up and go away, and then they claim they won.
N

Citizen
When the wind runs out, there will be more pressing concerns to address than simply "Where will our energy come from?"

But in all seriousness, the former President is a man in his mid-70s who well and truly believes the Human Body contains a finite amount of energy and elevating the heart rate "burns" that energy faster, thus resulting in a shortened lifespan.

Is it any actual wonder that the people he surrounded himself with also consider every energy source a finite one? Not just Wind guy here, I remember a Congress person who opposed Solar power because it was "stealing energy from our sun".
N

Citizen
So there's currently a story about extreme right-wing Republican Madison Cawthorn (that's the same guy who thinks women are "earthern vessels") getting a divorce from his wife after less than a year of marriage.

Conspiracy theorists have rediscovered a video in which he tells the story of how he met was introduced to the woman that would become his wife, which involves a vacation in Sweden and Norway, a ferry trip to Russia that makes little sense geographically, a trip to a casino in Saint Petersburg where gambling is illegal, him meeting an American Army captain at said casino, said captain staying in touch with him and later inviting him to a Crossfit competition in Miami that turns out to be a sham and was only an excuse to introduce him to the woman who would become his fiancee.

A lot of people are pointing out that this sounds like a classic honey trap story, and his soon-to-be ex-wife might actually be a Russian spy, with him as the target. And he denies all of that. 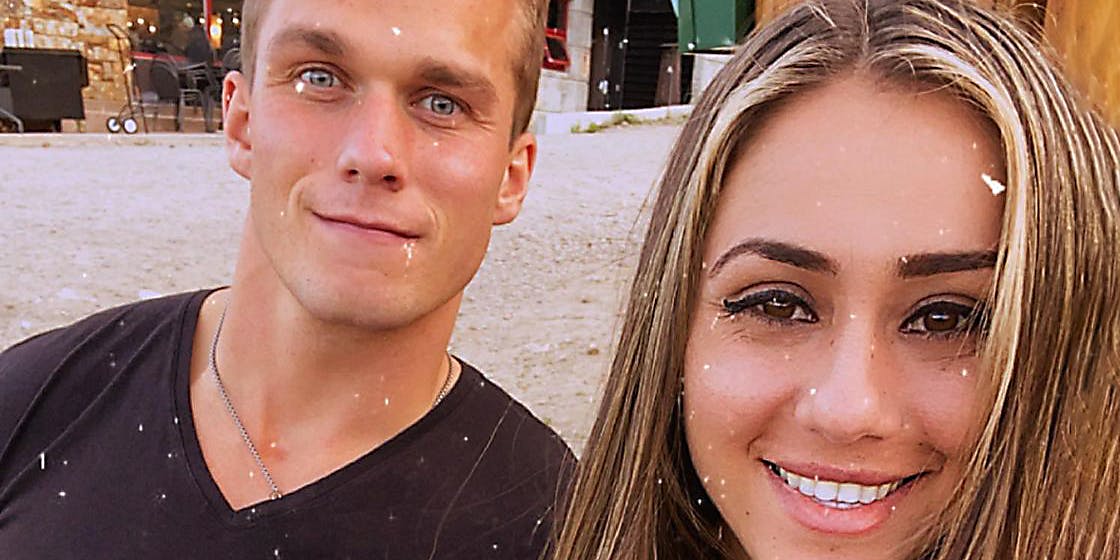 Conspiracy theories about Russia and spies fly after clip resurfaces of Madison Cawthorn sharing how he met his now ew-wife. 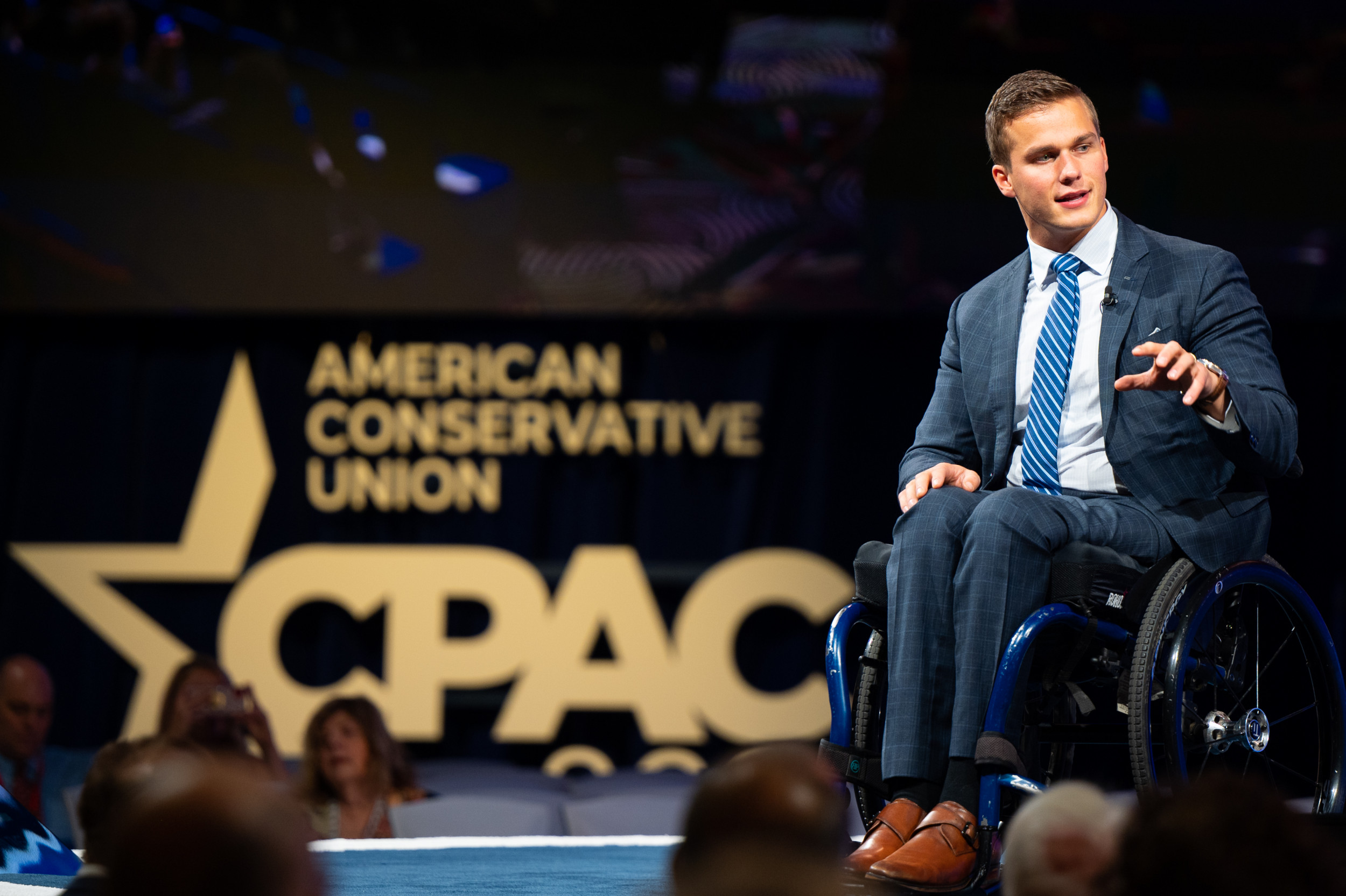 Madison Cawthorn laughs off suggestions his wife was Russian honeypot

Cawthorn announced on December 22 that he and his wife will divorce after less than nine months of marriage.

Citizen
That's what the Illuminati want you to think.

But honestly: I wouldn't be surprised if this ends with outing trump as a russian agent.

Citizen
It's still technically a conspiracy, an actual, factual real one, if that's what happened. Real conspiracies happen all the time, they just don't have some giant, world dominating scope that the conspiracy theorists love. 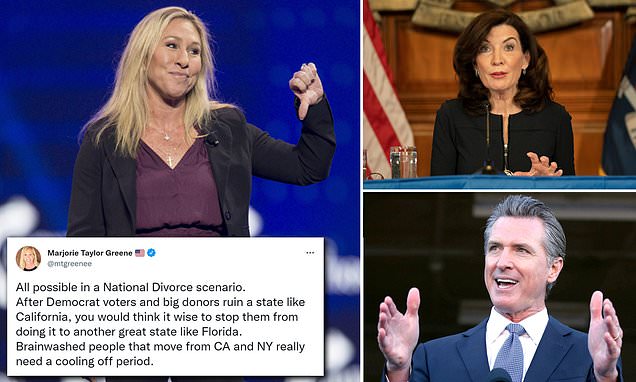 The Georgia Republican shared a Twitter post calling for red states to withhold the right to vote from recent transplant who moved from Democrat-led areas like New York and California.