wonko the sane? said:
My concern is that they'll make HIM the rights dr.fauci.
Click to expand...

is he not already?

Citizen
I thought that was that woman Trump appointed. The one with the whole thing about demon sperm.
T

wonko the sane? said:
My concern is that they'll make HIM the rights dr.fauci.
Click to expand...

Speaking of Fauci, "the right", and stupid things said ... 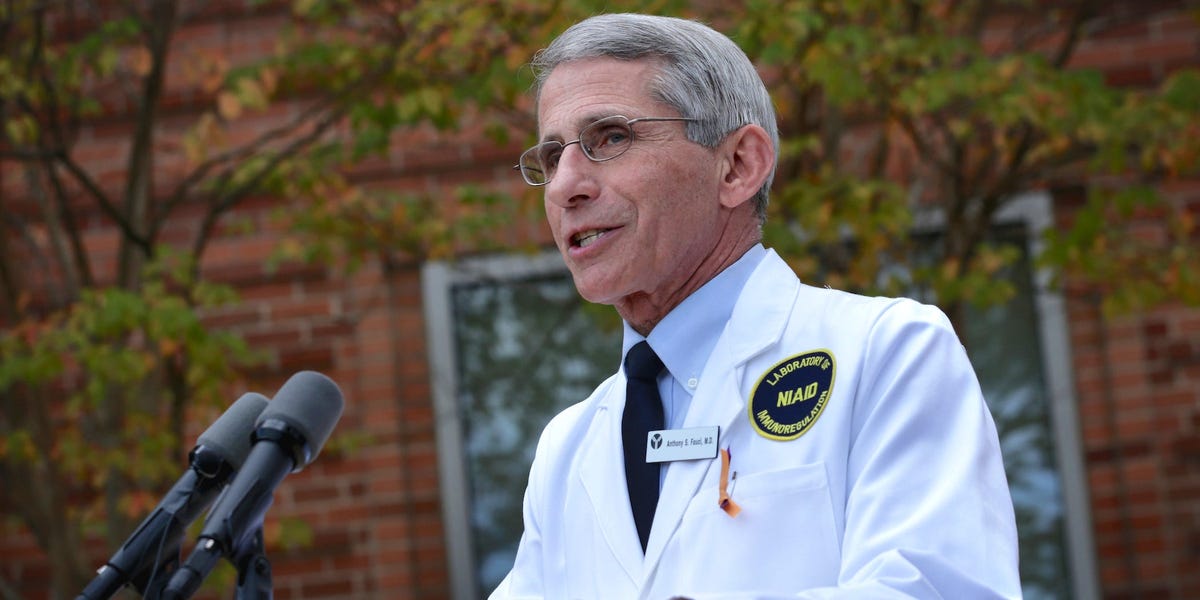 The Auschwitz Memorial slammed a Fox host for comparing Fauci to a Nazi doctor, calling it a 'sad symptom of moral and intellectual decline'

The Auschwitz Memorial said the comments made by Fox Nation host Lara Logan were "shameful" and "disrespectful to victims."

The Auschwitz Memorial slammed a Fox host for comparing Fauci to a Nazi doctor, calling it a 'sad symptom of moral and intellectual decline'​ 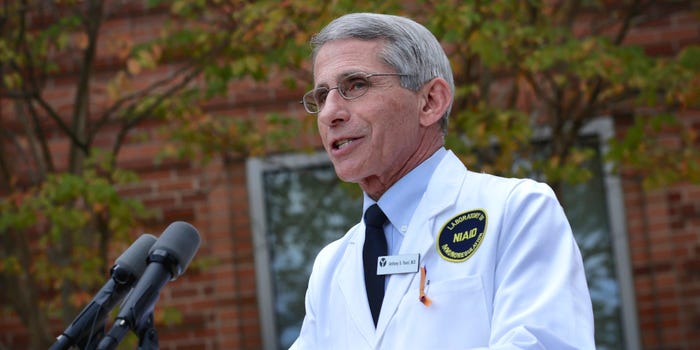 Logan said during a Monday segment of "Fox News Primetime": "This is what people say to me, that he doesn't represent science to them. He represents Joseph Mengele, the Nazi doctor who did experiments on Jews during the Second World War and in the concentration camps. And I am talking about people all across the world are saying this."

The Auschwitz Memorial's official Twitter account wrote in response: "Exploiting the tragedy of people who became victims of criminal pseudo-medical experiments in Auschwitz in a debate about vaccines, pandemic, and people who fight for saving human lives is shameful."

"It is disrespectful to victims & a sad symptom of moral and intellectual decline."

Mengele, who was also known as the "Angel of Death," was a Nazi doctor who conducted inhumane experiments on prisoners at the Auschwitz concentration camp during World War II, according to the Public Broadcasting Service.

The experiments included the removal of organs without anesthesia and forced insemination. He also selected prisoners for the gas chambers.

At least 1.1 million people were killed at Auschwitz over a period of four-and-a-half years, the BBC reported.

Citizen
I really am no longer surprised at the nonsense being spewed from Faux, OAN, Newsmax, etc.

It's like a race to the bottom with those assholes.

Thanks a bunch for scrapping the Fairness Act Reagan, you black hearted piece of shit.
M

Rust said:
I really am no longer surprised at the nonsense being spewed from Faux, OAN, Newsmax, etc.

It's like a race to the bottom with those assholes.

Thanks a bunch for scrapping the Fairness Act Reagan, you black hearted piece of shit.
Click to expand...

Citizen
Do you think they spend their time in hell questioning why, or does any sentence in hell immediately includes the self awareness as to the reasons?

Citizen
If they were capable of that level of self-reflection, they wouldn't be in Hell in the first place.

Citizen
I wish I still believed Hell was a place of deliberate torment. 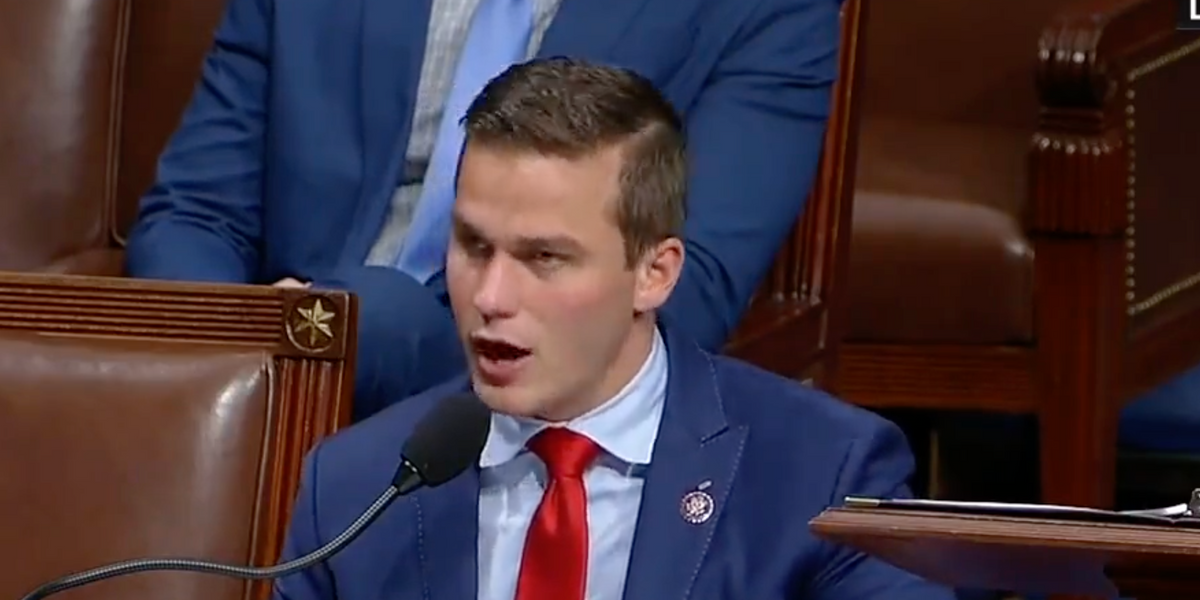 strong opening offer; let's see if the "Most Ridiculous Republican Response To Abortion" trophy is still up for grabs.

Citizen
Cawthorn is one of the most detestable people in Washington, and that's quite the accomplishment. If he actually believes the garbage he spews, he's a dangerous zealot. If not, he's yet another dangerous political grifter.

Staff member
Council of Elders
Citizen
I have no doubt that he believes every word of it, as frightening as that thought is.

Citizen
I wonder how many of them believe any of what they say, given how well some of them flip flop depending entirely on which news organization is interviewing them.

Citizen
I don't want to live in this reality anymore. Can I move back to the real one please.

That same shit has been going on in Germany for a while. Bonus points for driving anti-vaxxers completely nuts: "2G" rules ("vaccinated or recovered") at Holocaust memorial sites. That's a surefire recipe for those nutcases to bring up the weirdest analogies, or worse.

Citizen
https://twitter.com/i/web/status/1470861308371390468
This is a new stupid genre I've noticed bubbling up among conservatives over the last few years. Because we took concrete steps to address acid rain and the ozone layer decades ago so they aren't a major catastrophe now, that's proof they were hoaxes all along. It's like... if you banned asbestos because you found out it caused cancer, waited a few decades, and then were like "Hey, remember how everyone was scared of asbestos? You never hear about it anymore. Obviously a hoax, gonna start putting asbestos in my walls again."

And it was just a couple years ago China was pumping CFCs back into the atmosphere. I get that's not the worst thing to come out of China in the last couple years, but still. It's not even ancient history. 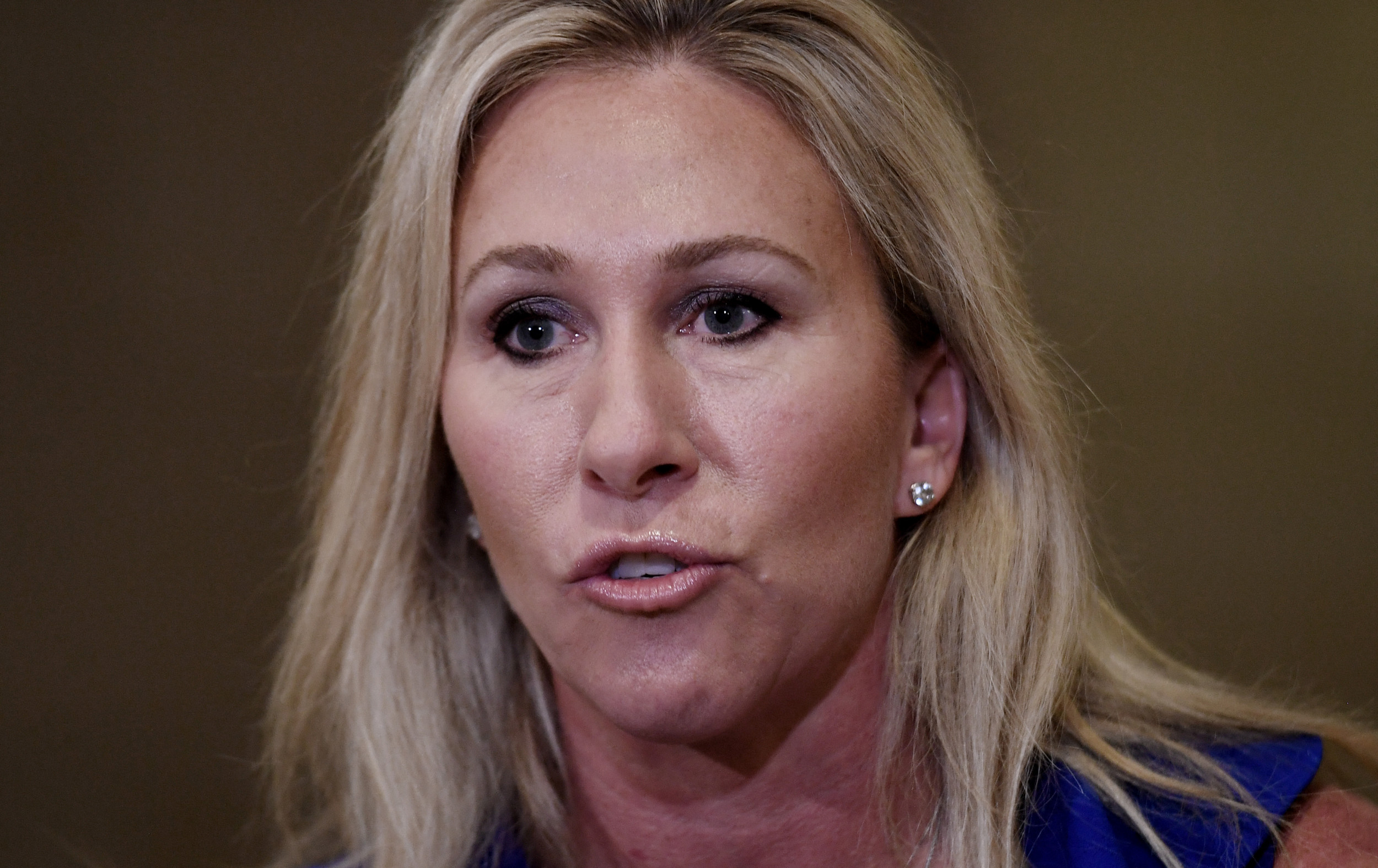 Speaking at a Turning Point USA conference, Greene used the term—widely perceived as a racial slur—to rebuke claims that the GOP is a "white supremacist party."