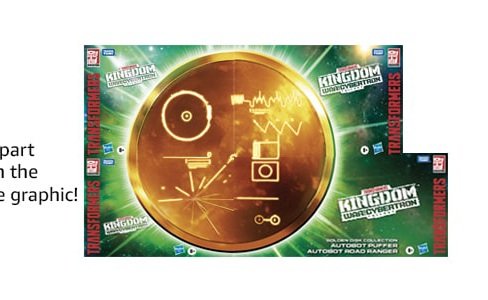 Exclusive to Amazon with limited quantities available on HasbroPulse.com. The Golden Disk is a powerful artifact with the ability to reveal knowledge of the past, the future, and of the infinite possible destinies throughout time. Discover an alternate timeline in which the quantum surge that... In my defense, I didn't even know what pack was coming out next, lmao.
K