Citizen
It's been a while since I've seen a Retrax in person, but was he always that translucent? Or is that just an effect of the camera?

The Mighty Mollusk said:
It's been a while since I've seen a Retrax in person, but was he always that translucent? Or is that just an effect of the camera?
Click to expand...

I was wondering that myself. I feel like the original toy had a darker green plastic that, while still clearly (ha!) translucent, was less obviously so? But it is very likely just the camera/lighting in those pics.

Staff member
Council of Elders
Citizen
No deal. If I wanted an incomplete toy I could have bought one on eBay already. The only point of paying an inflated price for a reissue was the idea that it's fresh and probably won't have issues.
K

Citizen
I hate to be that guy, but this is the first I’ve heard of an unfortunate mid placement of one of his legs. Do photos exist of this…”problem”?

Kup said:
I hate to be that guy, but this is the first I’ve heard of an unfortunate mid placement of one of his legs. Do photos exist of this…”problem”?
Click to expand...

It's not so much a "problem" per se, but more like something one can do with the figure by choosing to not transform it correctly. When transformed properly, the bug leg is hidden beneath the robot mode's chestplate. But one could instead choose to not hide it away and just let it stick out from the figure's waist all phallic-like. By removing it, Hasbro is basically eliminating that option from being a potential possibility for someone to do with the figure altogether.

This is not the first time Hasbro has taken a preexisting design and made changes to it in order to eliminate any option for consumers to be naughty and make a figure's existing parts stick outward from the groin area. For Hasbro's three megazord toys for Power Rangers Dino Fury, they modified Bandai's original design for all three megazords' crotch pieces to render the once functional ports in their abdominal regions completely non-functional, enabling no attachable pieces to attach to said ports (save for one unique "loincloth" piece designed to specifically attach to the T-Rex Champion Zord's crotch port, which Hasbro apparently deemed an acceptable piece to attach there since it is a flat piece that doesn't stick outward, and its own port has likewise been rendered non-functional). 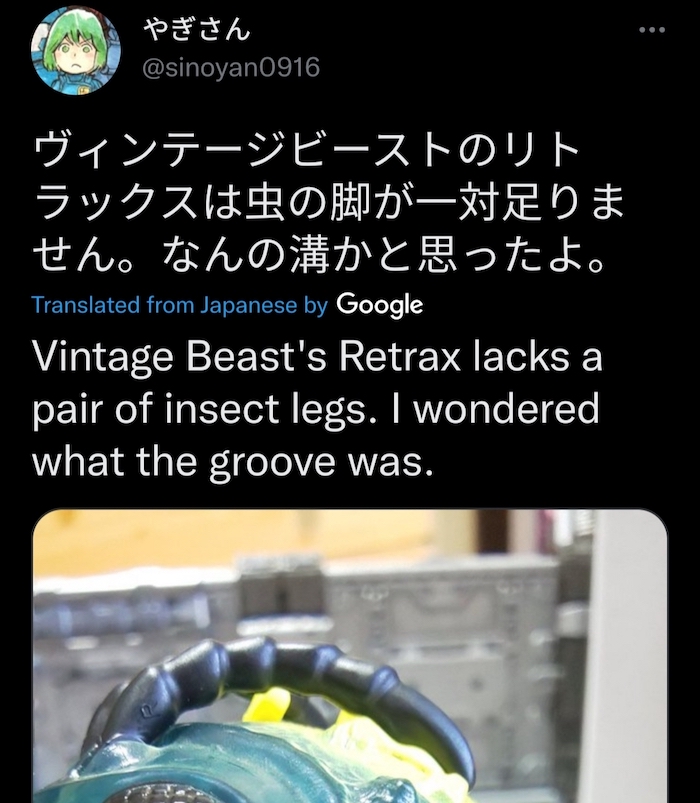 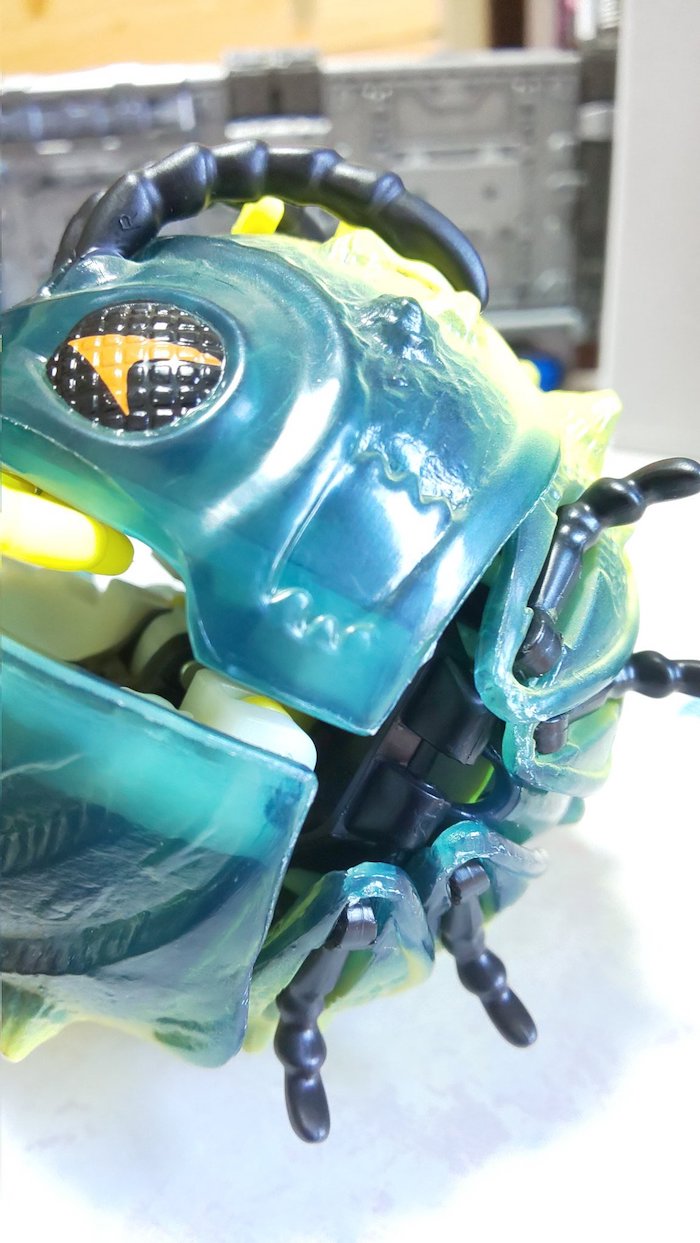 They reissued a toy nobody wanted, charged $25 for it, and left parts out.

Aaaaand now I'm not getting it.

Citizen
Also, his antennae are on backward.

NovaSaber said:
Also, his antennae are on backward.
Click to expand...

Citizen
Got reissue Terrorsaur yesterday. I have the original, the red and gray Japanese release, Fractyl, Lazorbeak, Hydra, and Strafe. All are great and have at the very least good QC. Can't say the same about the reissue. He's a floppy mess that can barely stand and has a tendency to fall apart.

Citizen
So show accurate then?

MrBlud said:
So show accurate then?
Click to expand...

Staff member
Council of Elders
Citizen
That's disappointing and surprising. My original has floppy ankles but my Lazorbeak and Strafe are tight.
N 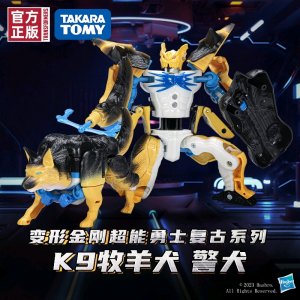 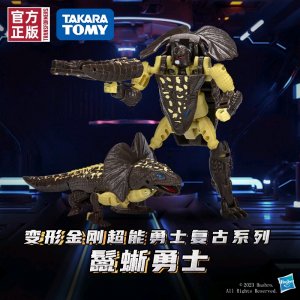 Citizen
I really am looking forward to buying a new to me beast wars figure in 2022/23. Get over here, doggie.

Citizen
Looks like K-9 has the same shortened missiles as Wolfang. Shortened so they no longer protrude outward from his tummy.

Citizen
two I had as a kid, and still have somewhere, so not a ton of interest from me
though iirc my iguanus isn't in the best shape, but I always found him pretty boring so eh

Citizen
Wolfang arrived today, and while it's nice to have him again, he's definitely not as solid as Cybershark was. Some of the black plastic feels soft, and his left forearm drops right off when moved. The shield's handle assembly pops out with very little force, and the handle itself is very loose on it's pin.

The biggest issue I have, though are the missiles. I don't know if they were remolded, or it's because of the plastics used, but there is absolutely no friction between the missiles and the holes they fit into. The slightest motion, and the tumble right out of his back.

Between my Wolfang's issues and Retrax's missing legs, I'm a little worried about future releases in this line.

Citizen
Basics being a regular thing in this line makes me wish they had their own cheaper pricepoint.
N

Citizen
The one with the RobotKingdom watermark.