Transformers: Rise of the Beasts - rescheduled for 9 June 2023

Noideaforaname said:
Primal looking like Primal is quite a surprise, even though I had expected the designs to be a lot more faithful now. Kinda curious about Wheeljack now, given he apparently turns into a hippie van.
Click to expand...

Well Wheeljack did turn into a van in the Cybertron scenes of MTMTE, so maybe he'll turn from a van into a robot with inexplicable race car kibble. And then a year later we get that mold retooled into Buzzworthy Origins Wheeljack.

Noideaforaname said:
Primal looking like Primal is quite a surprise, even though I had expected the designs to be a lot more faithful now. Kinda curious about Wheeljack now, given he apparently turns into a hippie van.

If there are more animal weaponmasters, we/Hasbro can easily repaint them into G1 versions, such as ones that came with actionmasters, or as Ravage and Laserbeak for Soundwave (I've thought for a while Soundwave would be cool with his various cassettes becoming weapons or other things that integrated in various places in his body, not just his chest). At the very least, Tigatron could be repurposed as a "Tigerdrone" and given to our existing CHUG Tigatron.
Last edited: Mar 16, 2022
P

Citizen
I got my nephew an orange Tigatron for Easter, if I get this white weaponizer one later he can have both colors in two different molds and one can be a Targetmaster! For an eleven year old that would be pretty neat.
S

Citizen
These look like parts of the weaponizer 2 packs. Prime and Primal both look like they have enough compromises to fit the $15-ish price point with a beast target master. I'm wondering if the individuals will be the "named characters" with the 2 packs being repaints with new names.
Both look fine for $10-15 toys. Primal has a nicely novel transformation, though it certainly comes across as bland (probably a concession to the movie's more complex deco). It'll be interesting to see how the Studio Series version will turn out.
But I like the design elements. It's a novel mix of classic, Beast Machines and modern techno organic. Now if they only make one that doesn't look like an unpainted prototype...
S

Citizen
Sony just moved around their release slate. The biggest change is that Spider-verse 2 got bumped from its October release date to June 2, 2023, putting it a mere week before Transformers Rise of the Beasts.
After the box office gold NWH did this past holiday season, there is a strong probability that the release date will shift. It's pretty busy period next year with May getting a major release every week leading up Spider-verse, including new entries in the Fast and Furious, Disney's Little Princess, and Guardians of the Galaxy. And in June, The Flash has claimed June 23th, with Indiana Jones 5 set to follow with Madame Webb (Sony Spider Movie Universe) due the following week.

As of now, there is nothing on the calendar for the following week and it might give Transformers some breathing room before the The Flash. Then again, being Animated might mitigate things and Paramount will hold the date.

Citizen
I guess Sony want to ensure a good product after the disaster that was Morbius and the sucess of No Way Home! I think the Flash movie is likely to be a failure, given all of the rumours surounding it and what the previous leadership of Warner and the fact its lead actor has just been arrested twice in the last three weeks, Indi 5 is questionable but then again some films might get bumped up or delayed to get away from what could be a major film!
S

Superomegaprime said:
I guess Sony want to ensure a good product after the disaster that was Morbius and the sucess of No Way Home! I think the Flash movie is likely to be a failure, given all of the rumours surounding it and what the previous leadership of Warner and the fact its lead actor has just been arrested twice in the last three weeks, Indi 5 is questionable but then again some films might get bumped up or delayed to get away from what could be a major film!
Click to expand...

I don’t think ANYONE is really concerned about the quality of the Spider-verse film considering all the main talent returned from the Academy Award winning original.
More like films released in June tend to make more money than those released in October. It would also “double” the marketing period and merchandising for the film as the home release would then move into the fall where they could leverage the holiday season.

The Flash’s biggest buzz has been about Keaton’s Batman, more so than Miller’s actions. And after Crystal Skull, the performance of Indy 5 is up in the air. At this moment, I’d argue Spider-Man, Flash or Transformers have more “cachet” in the market than Indiana Jones.

Staff member
Council of Elders
Citizen
From the front page!

While there are no leaks of the footage yet, we do have some people describe it. Read on for the details. 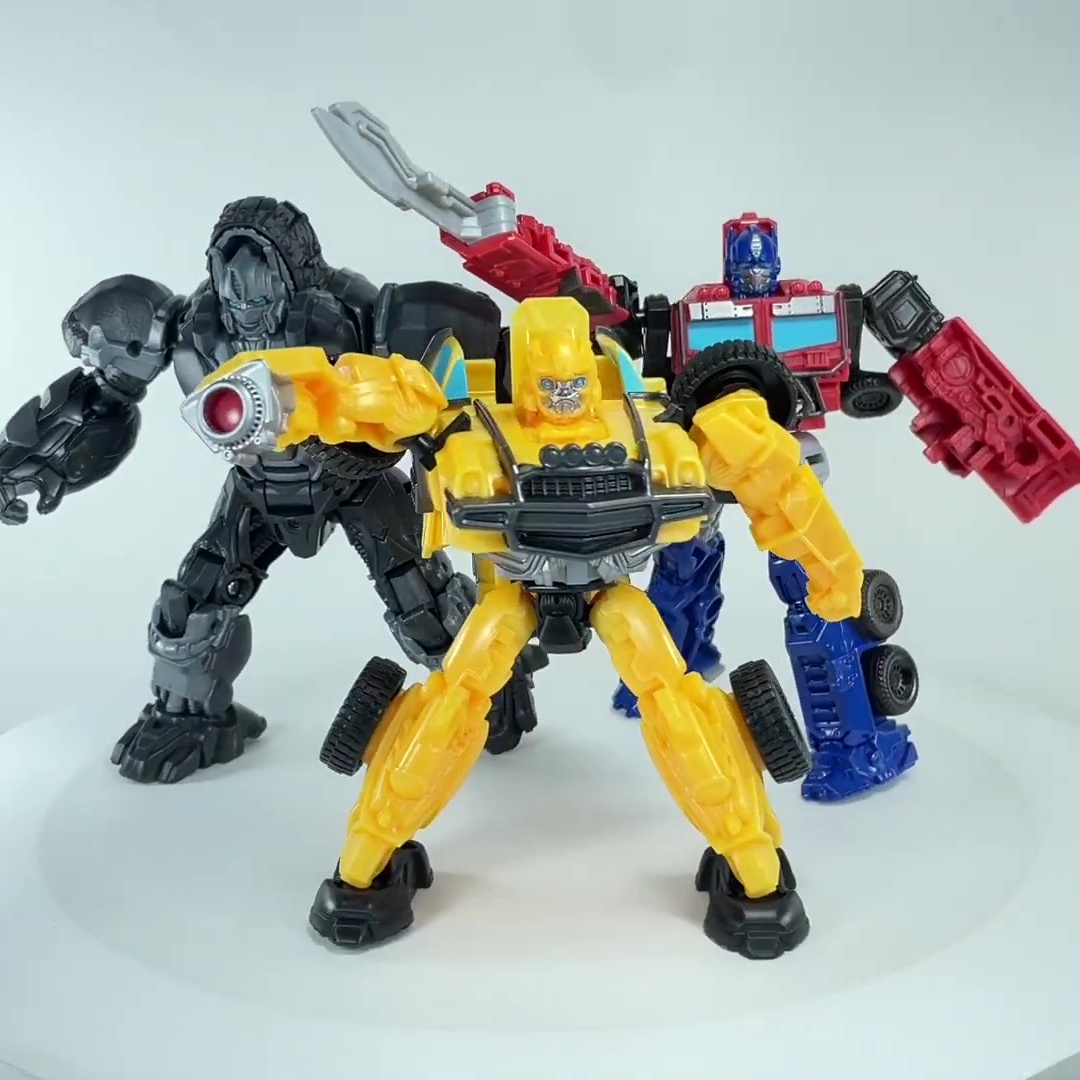 Once again, retailers have received brand new listings for upcoming toys by Hasbro. Among the listings is an updated street date for Transformers: Rise Of The Beasts gimmick toyline. But there's a catch: The retailer from the United States and retailers from overseas have received two different...

More oddball retailer information about Rise of the Beast toys. The interesting thing is that European retailers have a street date of February of next year, where as the US has a street date of the end of the month. Though, we’ve seen several supposed street dates come and go, so I wouldn’t be surprised if nothing comes of this.

Just for added context:
Hasbro confirmed the US would be getting select Rise of the Beast movie toys in Cyberverse packaging this fall, including the Optimus Prime Smash Changer (a major promotion item from Hasbro). Given leaks, it’s clear that there weren’t any major Studio Series planned to tie into the film at launch to begin with.

It’s entirely possible European markets will skip the “early release” in Cyberverse packaging in favor of a “true rollout” closer to the film’s release along with Studio Series toys. But we’ll see, considering Hasbro’s stuff is running about 5 months behind their planned schedule at this point (with exceptions)
L

Citizen
That Primal still looks like something I would enjoy owning. 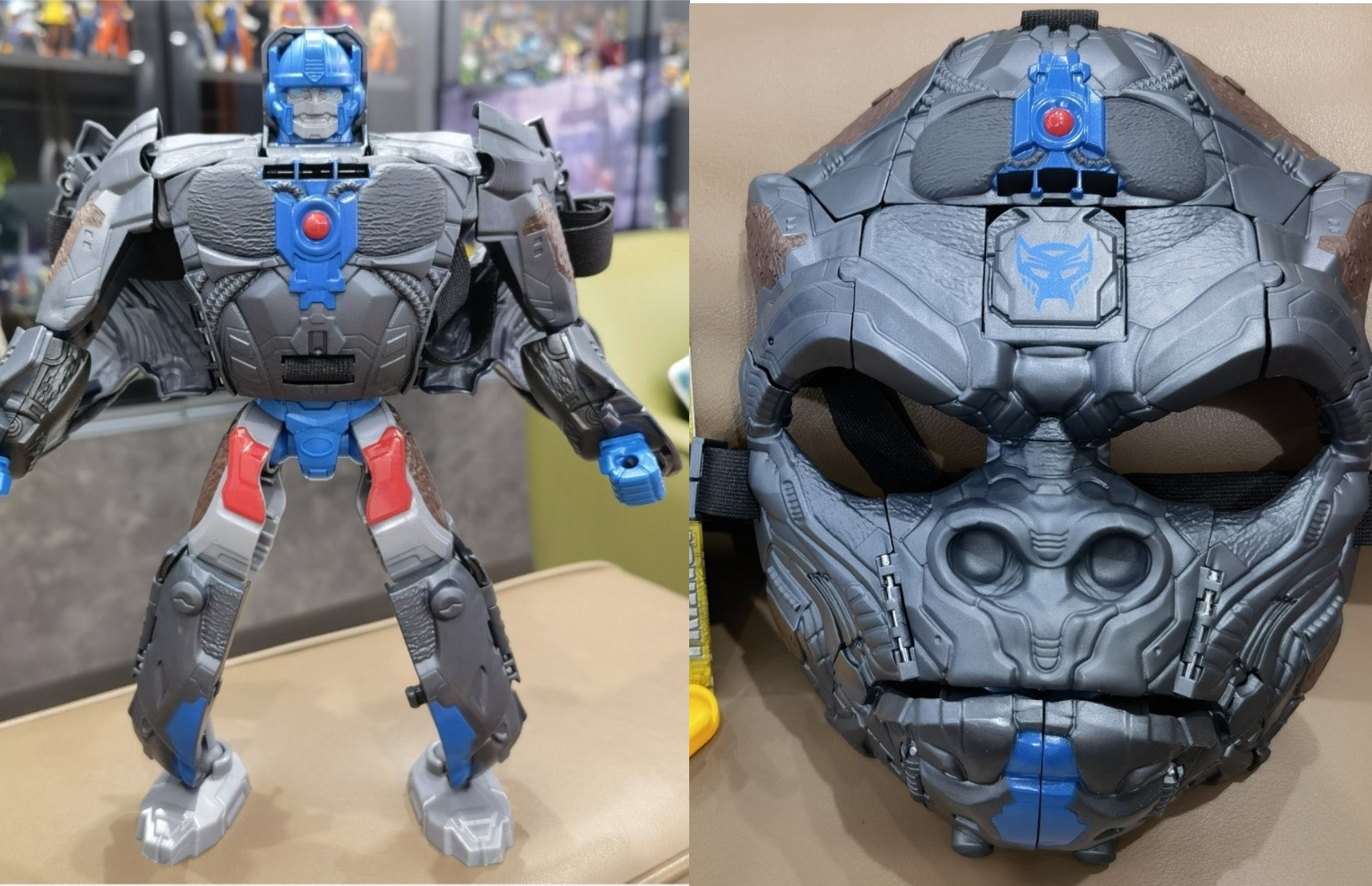 Lots of Rise of the Beasts (ROTB) news today when it comes to toys. We had new listings earlier today and we have another one: Studio Series leader class Optimus Primal. this is our very first listing for a Rise of the Beast toy not made just for kids. Ho

Citizen
Is me or does the robot mode head look a lot like Kup from G1?

Citizen
I kind of like how goofy that is as a concept, and it's actually pretty well executed.

Citizen
Isn't the Leader class listing a separate release from the mask? The mask is pretty cool, for sure, but not a Studio Series release, surely?

Citizen
This is one of the stranger things that I've ever seen an official Transformer turn into. Kind of an interesting concept, honestly. "Facemasters."

Haywire said:
Isn't the Leader class listing a separate release from the mask? The mask is pretty cool, for sure, but not a Studio Series release, surely?
Click to expand...

Of course it's not Studio Series. It's Rise of the Beasts.
S

Citizen
When people say they want a Transformers/M.A.S.K. crossover I don't think this is what they mean.

Citizen
Protoman posted a video of what looks like cryptic hints on Rise of the Beasts.
He did spend some time on set when it was shooting close to him in Canada, and has stated he knows some info: