Andrusi said:
Hi, welcome to the Allspark! I see you're new to Transformers fandom. Don't worry, you'll get the hang of things soon!
Click to expand...

Aesthetics are a weird thing to pin down admittedly, but people acting like they make a G1-ified Bulkhead ruined their childhood younger adulthood was a bit baffling to see.

And Rescue Bots has their weird aura about it. Be it fans who would be too protective of its aesthetic and not take a G1-ish attempt well, or just people who enjoy its little kid-friendly design and think anything beyond what we got officially wouldn't be true to its design ethos...

There just seems to be no way to win from Hasbro's perspective. Even an aesthetically faithful Generations release would get "you made a character designed for little kids way too complex" blowback.
Last edited: Jan 25, 2022

Citizen
"You can't please everyone" is exactly why "there will be people who don't like it" is not, in itself, a reason to not make something.

However, to me it seems like common sense to expect that people would judge a figure literally named "Prime Universe Bulkhead" based on how good it is at being Prime Bulkhead.
S

Thanks to TFW board member BeastBot056 we have news of yet another upcoming Target Buzzworthy Bumblebee product, and this time it's a listing for a Legacy

Buzzworthy Voyager Dinobot. Likely to be a Grimlock head with toy deco. Probably original toy deco with orange paint replacing the translucent tooling. Personally, I think the Fox Kids deco would be more interesting as I think it has a more distinct look compared to the other two versions we’ve gotten.

So I think fans of the show are a little used to some variance.

That said, I would raise some issue if it was Heatwave as seen in the IDW Angry Birds Transformers comic, where he was basically G1 Inferno with a different head and added mouthplate.

NovaSaber said:
"You can't please everyone" is exactly why "there will be people who don't like it" is not, in itself, a reason to not make something.

However, to me it seems like common sense to expect that people would judge a figure literally named "Prime Universe Bulkhead" based on how good it is at being Prime Bulkhead.
Click to expand...

My attitude re: Bulkhead is the same attitude most reasonable people had towards the idiots who claimed Michael Bay ruined their childhood- the stuff you like is still there, this new version doesn't change anything.
And given how Transformers as a franchise cycles through aesthetics, and how nostalgia itself is cyclical, we're probably going to get Bulkhead redone in a number of different styles eventually.
I've learnt that it's foolish to expect any one release to be the "definitive" release of a specific character. Don't like this year's model? Wait it out. You'll get something more your speed.

While you can never please everyone...it just seems like there's more vitriol in the fandom when people don't get what they want, and it's been growing the last...seven years or so? 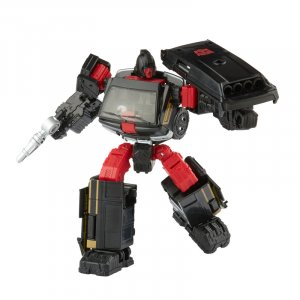 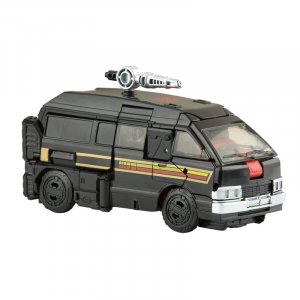 Limit of 2 per customerEstimated ship date subject to change, items may ship earlier or later than anticipated without noticePayment will be collected once item is ready to ship Fans can take their Transformers figure collections to the next level with Generations Selects, a fan-dedicated line... 
... which is why I don't really care for "placeholder figures" now.

That's hitting in all the right places for me.

Citizen
Hmm, kinda not great that there's not even an attempt at a bio.

The Phazer said:
Hmm, kinda not great that there's not even an attempt at a bio.
Click to expand...

To the personal canon thread!

Staff member
Council of Elders
Citizen
I really REALLY love Diaclone Ironhide, but I'm at a "no more pre-orders or purchases until further notice" stage for the moment, as tempting as it is.

Can I afford it? Yes. Are they worth it? Nope.

Looks like I'm finally going to start being selective on my purchases now, instead of buying pretty much everything like I have been these past few years.

Citizen
I pre-ordered becuase damnit if I'm gonna miss out on ANOTHER chance at the Earthrise Ironhide mold; because otherwise I'll probably be paying triple for it in the future.

LordGigaIce said:
To the personal canon thread!
Click to expand...

My canon has the Matrix being lost on Cybertron after Magnus' ship gets blasted out of the sky. Wreckage is scattered across the surface and some falls below to the lower levels of a ruined city. With both Autobots and Decepticon forces fighting as the search for UM and the Matrix continues...

i had a stab at it. I think the "drone comes to life bit" has been a bit overdone recently, but I did like the weakness I came up with.
E

Citizen
Preordered without hesitation, but I'm thinking I need to get some parts to go with him.

Citizen
For me Diaclone's appeal sort of exists outside, but related, to Transformers. Sort of like my love of Brave.

For my own personal canon Diaclone redecos represent human made mechs/drones based off of Cybertronian tech and specs.
K

Images from the new PVP video so you don't have to watch it.

Citizen
No need/desire for the black Diaclone Ironhide, but I do love the red face/black helmet combo.

Starting to get a bit tempted by that Laser Rod Optimus though...

Or she was the first run of the body type. And names were much simpler then.