So would G.I. Joe fans, who have been used to seeing characters like Optimus, Megatron, Bumblebee, etc. turning into G.I. Joe vehicles for decades, be satisfied with a HISS tank turning into some "generic" robot and being labelled as a Transformer?
Click to expand...

Those characters all had their bot modes adapted to work with the Joe/Cobra alt-modes though; they didn't wear them like a converting cardboard Halloween costume. That's the main issue I perceive most people having with this... it's obviously a cost-saving move resulting in a less than stellar product for a hefty chunk of change. Yeah, something more re-engineered would cost more and Hasbro probably set a goal of keeping it under a Benjamin, but that doesn't mean it doesn't suffer because of it.

All that is to say, I think Joe fans would also appreciate a better bot mode.

Perhaps somewhat ironically, I think Dreamwave's Optimus HISS tank would have made a great Megatron with just a headswap and a few minor detail tweaks: 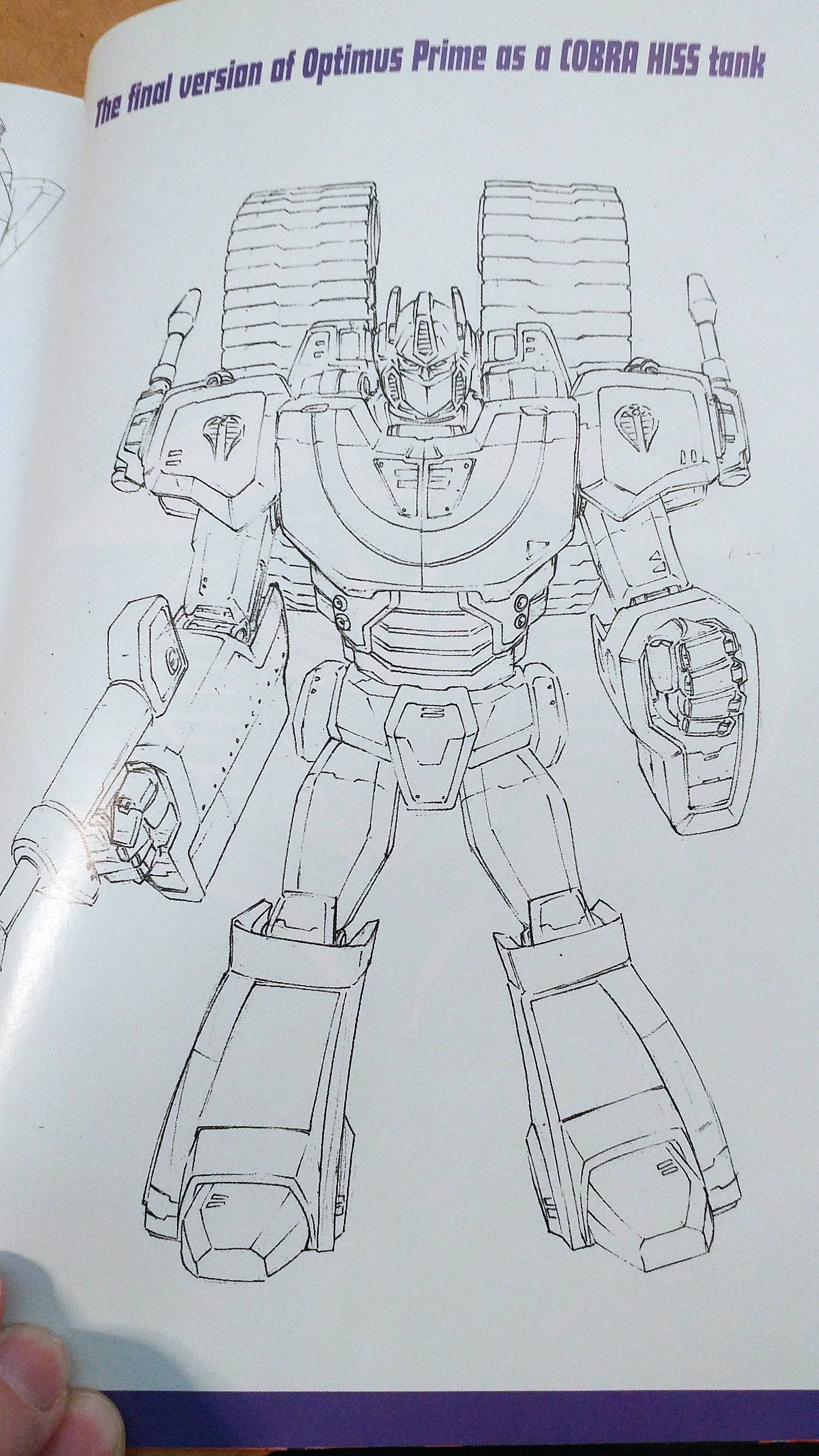 They originally planned to make Optimus a WHALE hovercraft 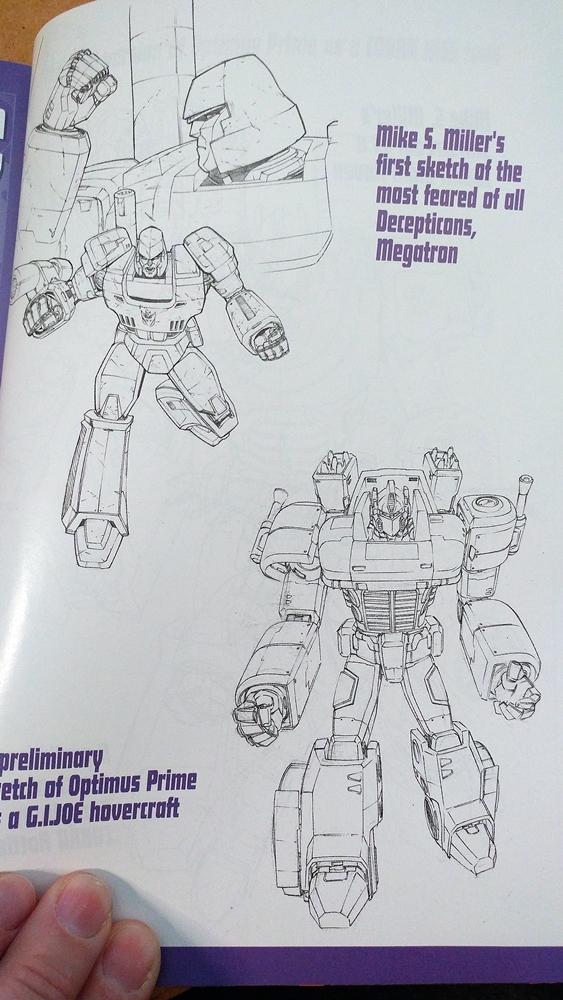 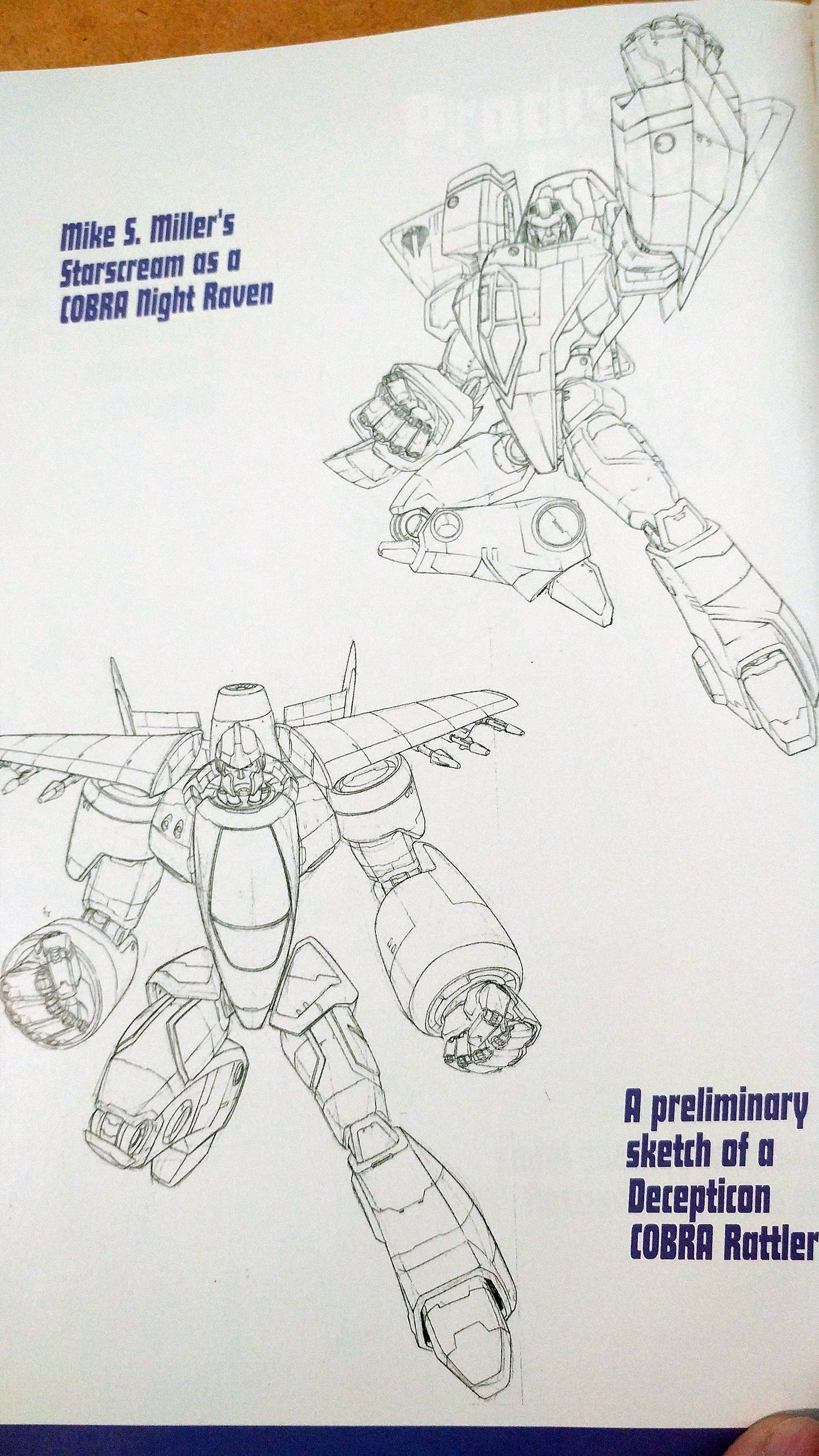 How possible any of these would be to make in three-dimensions might be up for discussion - and they'd definitely be more expensive. But speaking only for myself, I'd pay more for something better.
Last edited: Feb 28, 2022

Exatron said:
Second, a G.I. Joe crossover isn't quite like the other Collaborative projects. Unlike most of those others, there have been crossovers with G.I. Joe in the past. Lots of them. And every time, it's involved all the main characters from both franchises. So would G.I. Joe fans, who have been used to seeing characters like Optimus, Megatron, Bumblebee, etc. turning into G.I. Joe vehicles for decades, be satisfied with a HISS tank turning into some "generic" robot and being labelled as a Transformer?
Click to expand...

Oh, I don’t doubt that the cost of making a transformer that size figures in to some of the decision making process.

However, putting a Battle Android Trooper aka B.A.T. head on a transforming HiSS figure is hardly making it a “generic” robot. It is THE most iconic robot in GI Joe lore. It would fit in-universe with existing Cobra weaponry, making it possibly appeal to Joe fans who may not otherwise care about having a Megatron in their collection.

No, the generic aspect would be on the Transformer fandom side, and, honestly, how many of us have Megatron 10-20 times over? Based on comments here, the appeal of this figure is in the novelty of a 3 3/4 figure scale vehicle mode, not so much in the character it turns into.

Likely you are right and the cost of the figure prompted Hasbro to mandate a ‘safe’ legacy Transformer character. I just don’t see that being the right call, execution notwithstanding.
M 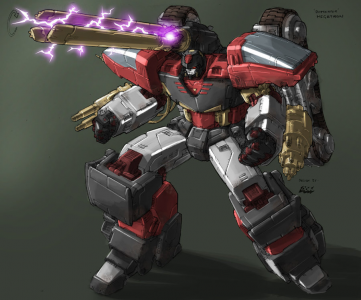 Citizen
or this if they wanted to do prime 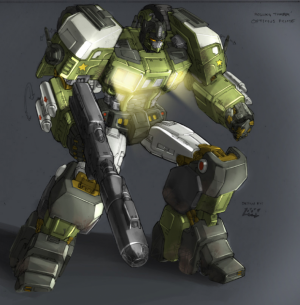 Citizen
Great designs. But if they fit a figure they'd be huge $300 figures.

Staff member
Council of Elders
Citizen
Maybe it'll turn out to be really fun in hand.

Citizen
Seems Hasbro perhaps has realized that crossover figures within thier own IP's are way cheaper than licensing other IPs, as as a trademark for "Equestron" has been found, suggesting a MLP Transformer. 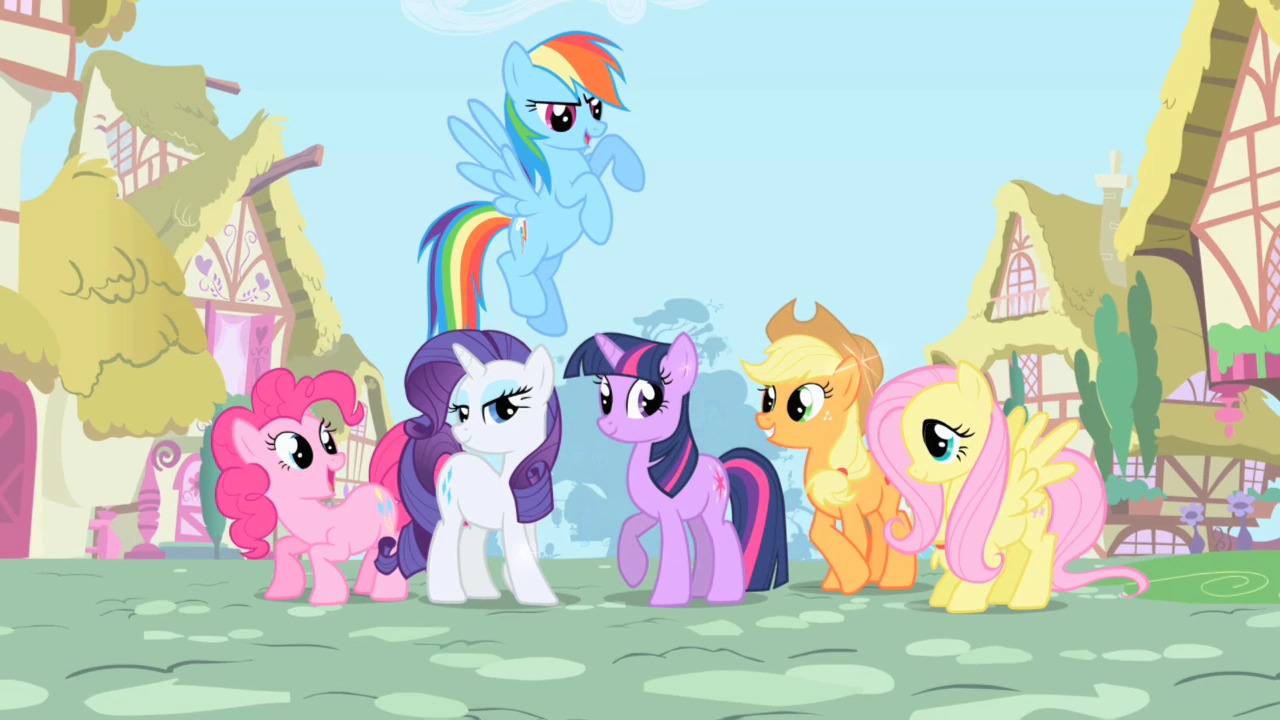 A Hasbro trademark has recently been located for something called "Equestron", leading our users to speculate as to whether it may be related to a possible My Little Pony Collaboration figure in the future. According to the site the trademark was originally filed on June 17, 2020 but was...

UndeadScottsman said:
Seems Hasbro perhaps has realized that crossover figures within thier own IP's are way cheaper than licensing other IPs, as as a trademark for "Equestron" has been found, suggesting a MLP Transformer.

A Hasbro trademark has recently been located for something called "Equestron", leading our users to speculate as to whether it may be related to a possible My Little Pony Collaboration figure in the future. According to the site the trademark was originally filed on June 17, 2020 but was...

No, no. With the name "Equestron," its clearly an Equestranauts crossover. Plus, I found this super secret concept art online: 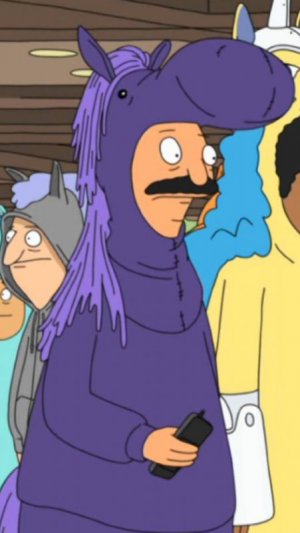 Citizen
It could have so easily been "Equestrion".

Citizen
Sound like Equestron was a micronauts name from nah in the day so this may have nothing to do with TF or MLP.

Citizen
Four-way. HISS Megatron rolls into the frame and the Baroness leaves the cockpit, only to unzip her uniform and it's discovered that she was a My Little Pony character in disguise. Then the Baroness-themed Pony (I guess black with Cobra cutie marks or something) has her head suddenly open and she had a Micronaught in her brain, piloting the mech.

And HISS Megatron was Shockwave the whole time, so you get a SDCC crossover too.

On a more likely note, I actually am interested in whatever other 3.5 compatible crossover figures, not for the crossover itself, but for the prospect fo having some Transformers that will also work with the few GI Joe figures I have. I like to enhance my existing setup rather than make an entirely new one if I can, so I will get some use out of older toys. I have a GI Joe motorcycle that can become armor around the figure Robotech-style, it might be a good one for a human opponent.

Edit: I also realize that some of the more posable Star Wars figures may fit in the GI Joe cockpits. If I got a Boba Fett figure he could ride on top of Megatron like a...HISS tank driver, or something...?

Edit to edit: I just found out (somehow missed it) that HISS Megatron is about 10.5 inches tall, which means it will actually make a good 'living' opponent for Ghostbusters Prime. Till now I've just had him fighting Year of the Goat Optimus as it had the bulk needed. Maybe a post-war Optimus and Megatron, one having retired and become a Ghostbuster, the other using some synthoids to hide his identity while working as a mercenary or something, my shelves make no sense anyway.
Last edited: Mar 8, 2022

Citizen
I mean, having a magical changes-you-completely disguise is pretty inline with GI Joe...
P

Citizen
And of course the character's normal outfit somehow is hidden right UNDER the clothes of the stolen identity...
F

Citizen
I'm pretty indifferent to this, I mean I want Mach Kick for the novelty of a transformer horse, but MLP? Nah.

And then it occurred to me, if this is a Pegasus or an Alicorn well that's probably going to be my best shot at a Onyx Prime won't it? So long as it's not eye searing colors.

And yeah terrible name, unless it's a Titan that forms the kingdom.

Citizen
Just realized, the Vamp mk2 would make a good altmode for an updated Ironfist.
P

Citizen
If the rumor/supposition of a Bumblebee Striker is accurate I admit I will be a bit disappointed over how basic the vehicle is (a dune buggy with a gun, if what I looked up was right) but if they keep the 'original toy' accuracy it would be a Transformer that would be able to have multiple passengers, and that's something that I very rarely see, especially beyond Titans Return mini-figure scale. I am seriously thinking of trying to go for this 'line' as much as I can, as it adds something new and interesting to my shelf, not 'here's another car that turns into a robot!'. Seeing as a lot of Legacy was a remake of things I already have, it's not a bad thing. Menasor might get cut from my plans for cost reasons, though (and as far as I know, we haven't even seen him).
Last edited: Mar 13, 2022