Staff member
Council of Elders
Citizen
I posted this on Twitter but I wanted to talk about it here too - what are your Transformers goals for 2022?

Personally, I plan on being more selective about what I buy and hope to eventually getting around to selling a good portion of what I already have.

Citizen
I already accomplished a long term goal of mine-- I finally made the purchase of a (reissue) G1 Star Convoy, a toy I've wanted ever since I saw Ben Yee's review of it back when Alternators were a new thing.

Staff member
Council of Elders
Citizen
This is the year I finally get my Grandus.

Same as every year.

Citizen
To get the man cave up and running so I can actually display some or all of my collection.

Citizen
To properly organize and display my figures. I was forced to move a few years ago and never mustered the urge to properly set them up again. All new figures just get added to... The Pile (tm).

Citizen
My family is moving into a new home this week. My goal is to finally get some sort of proper display set up. For the last couple years I've been limited to rotating things between storage and a couple of shelves in a single bookcase. Many of my more recent purchases have only been handled once or twice before heading to the storage unit. If I can get one decent display case, I'll be happy.
P

Citizen
My goal is to try to get LESS, as I have so much already. Also, my nephew is getting interested and is getting his own stuff. I had planned to preorder the new Huffer, and a couple of the Zombie looking ones, but he got them before I did. As we live next door to each other it makes sense to let him be the one to expand the collection that we swap back and forth, and have less overlaps or doubling up.

On that note, though, I do plan to get a few more non-Transformers with the money saved as he is less likely to find what I'm hunting in stores. I want to add a King Ghidorah and Hedorah the Smog Monster to my monster shelf, and also the Super7 Pinky and the Brain figures, as they're basiclly life-sized and there's all sorts of weird comic ideas they'd be good for.
Last edited: Jan 3, 2022

Citizen
Continue pruning my collection. I sold off over 300 Transformers last year and it feels like it barely made a dent. I want to look at the shelves and actually see the toys on them, not just a clutter.
E

Citizen
I'm hoping to purchase less this year, but something tells me that won't happen. I'm also hoping to get proper display shelving up within the next couple months, and then start to properly display my collection once again for the first time in two and a half years.

Plus, y'know, complete a number of customizations. Custom parts are likely to make up the majority of my purchases over the next year.

Citizen
My goal is to still be able to afford them by the time the year ends.

Citizen
Goal #1: Complete the Beast Wars S1 cast.
Goal #2: Cut back on purchases. I was looking at spending almost $600 on Legacy and Studios series (and that was being selective) but I think I can cut that in half easily. I'm damn near out of room to display these things anyway
Goal #3: Reorganize my collection to make room the crap I'm planning on getting. There are several Lego sets I think I'm ready to part ways with, which will free up some room.
Goal #4: Dust and clean my existing collection. I have a bad habit of getting new figures, playing with them for a few days, putting them on a shelf and forgetting about them. Need to figure out a good way to dust them too. Lots of nooks and crannies.
E

UndeadScottsman said:
Goal #1: Complete the Beast Wars S1 cast.
Goal #2: Cut back on purchases. I was looking at spending almost $600 on Legacy and Studios series (and that was being selective) but I think I can cut that in half easily. I'm damn near out of room to display these things anyway
Goal #3: Reorganize my collection to make room the crap I'm planning on getting. There are several Lego sets I think I'm ready to part ways with, which will free up some room.
Goal #4: Dust and clean my existing collection. I have a bad habit of getting new figures, playing with them for a few days, putting them on a shelf and forgetting about them. Need to figure out a good way to dust them too. Lots of nooks and crannies.
Click to expand...

Canned air and Q-tips are what I plan on using.
P

Citizen
I found a better solution was a Ryobi vac with a long bristled dusting brush, as it allows me to remove and dump the dust instead of just stirring it up. It IS possible to loose small parts that way, but my vac has a transparent bin so if anything goes up the hose I can just open it outside and get it back.

Staff member
Council of Elders
Citizen
Collectionwise I think I'm in a good place in terms of stuff to GET. Just keep on top of things I guess. Grails will show up when they show up, and I've been very lucky in that area over the last few years, no rush. I'm likely to scale back with Legacy, and most of the Bumblebee movie Studio Series stuff is a comfortable pass. Think I'll just round out the G1s with Legacy/SS86 and slow way down on everything else. I've shifted my attention to older stuff from the Unicron Trilogy era, and the little Takara campaign exclusive things (Microns, Legendary Weapons, etc), but only on a level I can afford (some of them are tough to find at a decent price).

However, in terms of stuff to KEEP, I think this year will be the year I work on identifying and selling off a big chunk of CHUG-era stuff. I've needed the space back, and I feel like I've hit saturation. (I've been thinking that for the last couple of years, but the market is abysmal, especially now, so it keeps getting pushed back. Wouldn't be surprised if the same happened again.)

I've also been meaning to get some stuff fixed in the room. Mainly the big glass sliding doors in the display cabinet, which stopped working within literal months of being installed, maybe due to their own weight. Of course, there's [1] a pandemic and [2] no room to do anything due to the above space/mess concern.

I've also got to do something about all the customs I've painted up over the last few years. But, again, not really a market for em, so I've almost literally painted myself into a corner there.
P

Citizen
I understand that, I sold off a lot of my 'high dollar' stuff when the medical mess hit but I still have so much it takes up part of two rooms. I am, though, at the point where I can SEE just about everything, which is a huge improvement. I have almost nothing hidden away in boxes or filling closets, and I think that's a good place to start to hold, simply because of the challenge of where to put anything else. I have the space for Victory Saber, the extra monsters, and I hope to see what the Iguanus looks like in the new line, but at both my age and my saturation level, it's time to slow down. 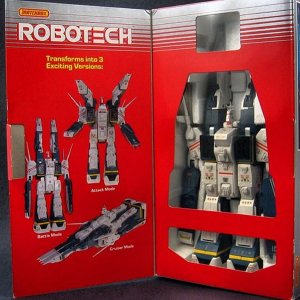 Citizen
Your goal was to send an idol singer into deep space?

Citizen
No more "last-apple" collecting- only buy stuff because I want it, not because I'm mad i can't find it...

Citizen
My goal, is to buy a book case to display my figures on and be rid of the old bookcase, it currently has just one shelf when it use to be three shelves not including the bottom, its a matter of doing it, I have messured up mutable times in the past and yet done NOTHING, it was only resently that I put one shelf back in, the main problem in the past has been what holds the shelves up, they were plastic and not really that great at holding the weight of the stuff that was on the shelves, can't use the very top of the book case as it has a notice board on top and a bunch of other stuff related to PCs like spare keyboards and documents relating to my PC's hardware! After that, my goal would be to become far more picky about what I buy, so far, legacy hasn't really shown much potential intersts to me, thou I hope by the end of 2022 we have a complete set of studio series 86 Dinobots

Paladin said:
No more "last-apple" collecting- only buy stuff because I want it, not because I'm mad i can't find it...
Click to expand...

Exactly. So far we're 4 days in and I've passed on stuff I think is neat that I found it but ask myself if I need it. My mantra has been:

"I'm not going to buy something just because it exists.


I think the scarcity of things for the past few years has given people the mentality of "If I don't buy this now I will never see it in person again and will have to pay scalper prices if I change my mind." and I'm working really hard to break that mindset.