Citizen
Celebrate the forum return with a special viewing of Movie War Megamax!

Citizen
This week's Ultraman Trigger has the return of Z and Haruki. I can't wait for the shenanigans.

Ironbite-also next month we get Dark Trigger so there goes my theory the Giants of Darkness used to be Giants of Light.

Citizen
Any love for Dynaman?

Did they recycle the Foundation X uniforms in this for Revice?

Citizen
After watching Revice, I totally get the feeling of Den-O but with Deadpool as Momotaros.

Citizen
Bought Figure-Rise Standard KR Double Cyclone Joker as my first foray into this model kit subline. I've found myself preferring the look of the simpler, sleeker suits, so I figured this would be a good starting point. It helps that from wiki-walking about the series, Shotarou is my kind of protagonist. =P

And then I find out that Double manga sequel is getting an anime adaptation. By the studio that did Symphogear.

...Time to track down the original series, I suppose, and give this franchise's lore another chance (I tried watching Wizard, but lost interest). XD Alas, the official Toei YouTube channel only has the first two episodes. =(
T

Citizen
It's not Double... Which is a great series, but if you want a good series, Tubi.tv has Kuuga up. And it's free if you are in America. *or use a VPN to pretend to be in America*

Citizen
Where are my Revice subs Kissasian?

Citizen
Was about to say, there definitely izu some subs out there.

Citizen
WE MADE IT TO KAIXIA DAY GUYS! 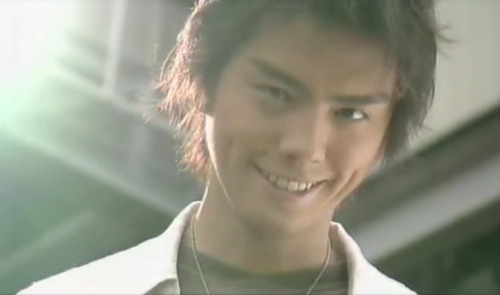 Citizen
Has anyone else bought the Ultraman 80 dvd set? Cause I did, and i think the first disc is defective. Which is really too bad, because the first few episodes were pretty good.
EDIT: I don't know what was going on the other night, but i tried it in another player and it worked fine, then tried it back in my normal player again, and its playing fine.

Anyway, I am really liking 80, the Kaiju designs have a more modern flavor, and the schoolteacher hook feels a little like Great Teacher Onizuka, where his students problems are almost more important than fighting the kaiju.

Also, I just saw an episode where 80 intentionally loses a fight with a kaiju. Compared to the previous Ultra series, I think thats a new tactic!
Last edited: Sep 20, 2021

Citizen
*squints* Is his weapon a coffee mug?

Citizen
No that's the other Driver.

EVIL you say? Well I guess he'll need something to do after Jay White kicks him out of Bullet Club.