Staff member
Council of Elders
Citizen
Or is there any particular inspiration for that or is it just because it would be interesting to see?

Citizen
Come on home, toy digibashers. This thread was made just for you.
L

CoffeeHorse said:
Or is there any particular inspiration for that or is it just because it would be interesting to see?
Click to expand...

A little of both. Inspired since Galvatron was made from Megatron and it would be interesting to see.

Citizen
Lessee how many of my digibashes I can find again... 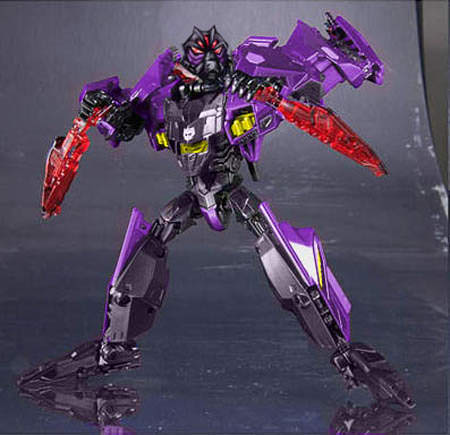 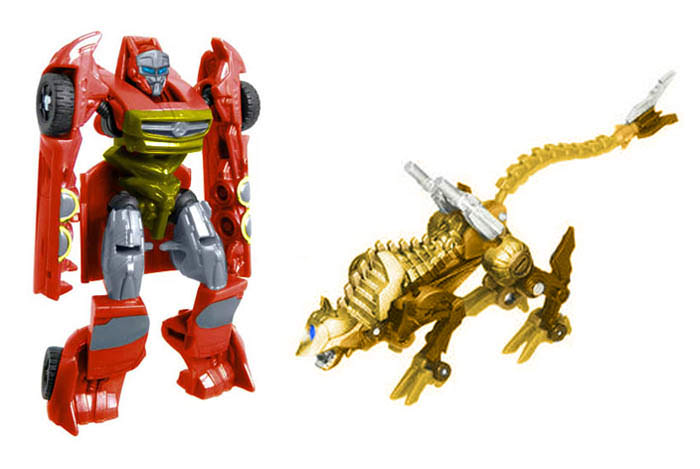 Movieverse Skywarp, Blaster, and Steeljaw. I think the prompt was something like "exclusive set that don't need to adhere to the typical prices", hence an old Voyager and a pair of Legends figures. 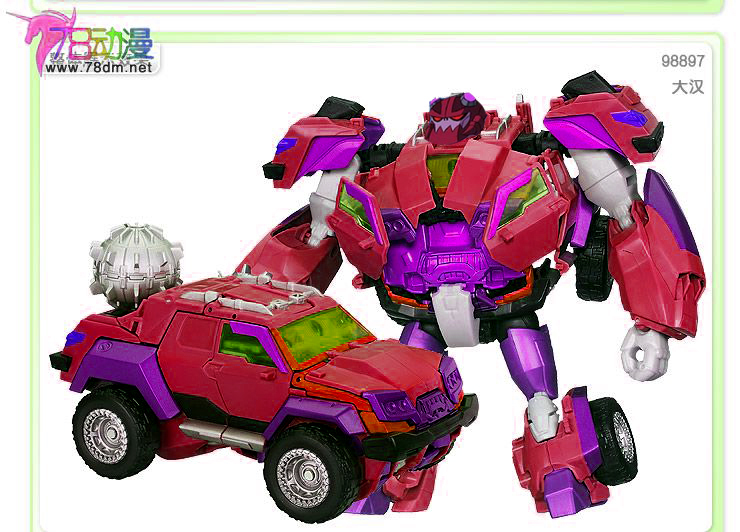 Slapper out of Bulkhead, out of curiosity if anyone else could wear the mold after seeing Pinhead Brawn. 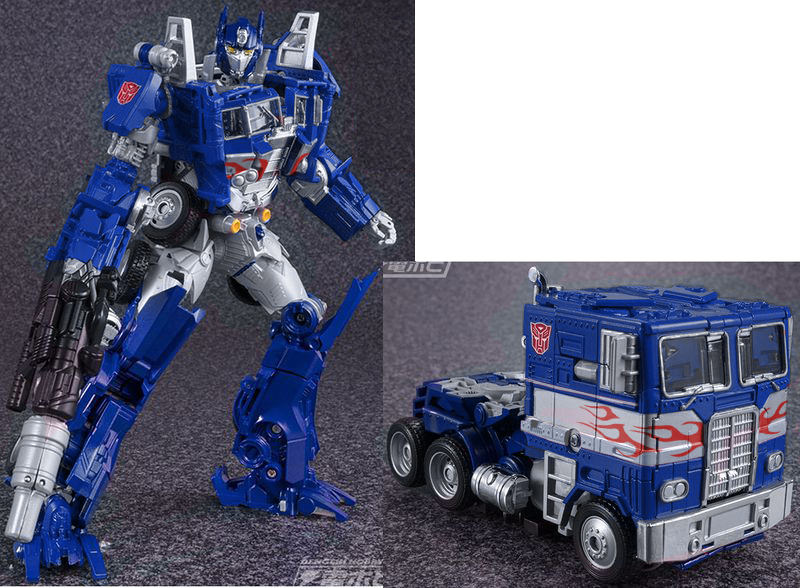 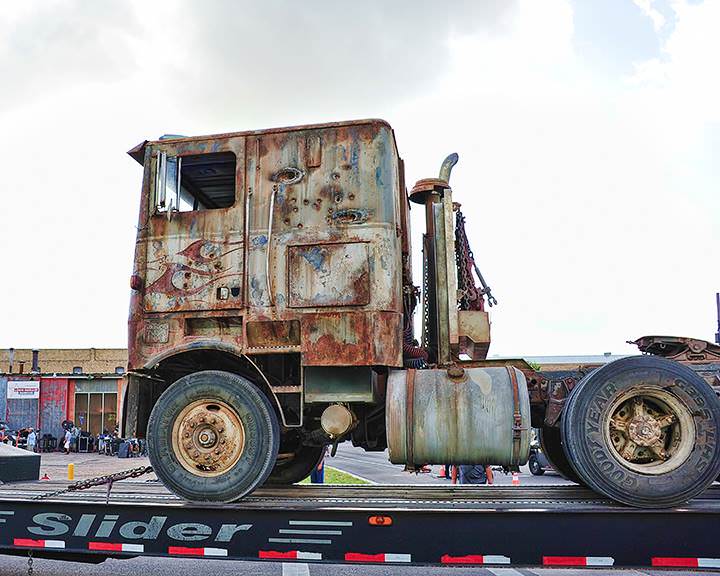 Evasion Prime's truck mode appears to have originally been blue, and I wanted to see how that'd look. 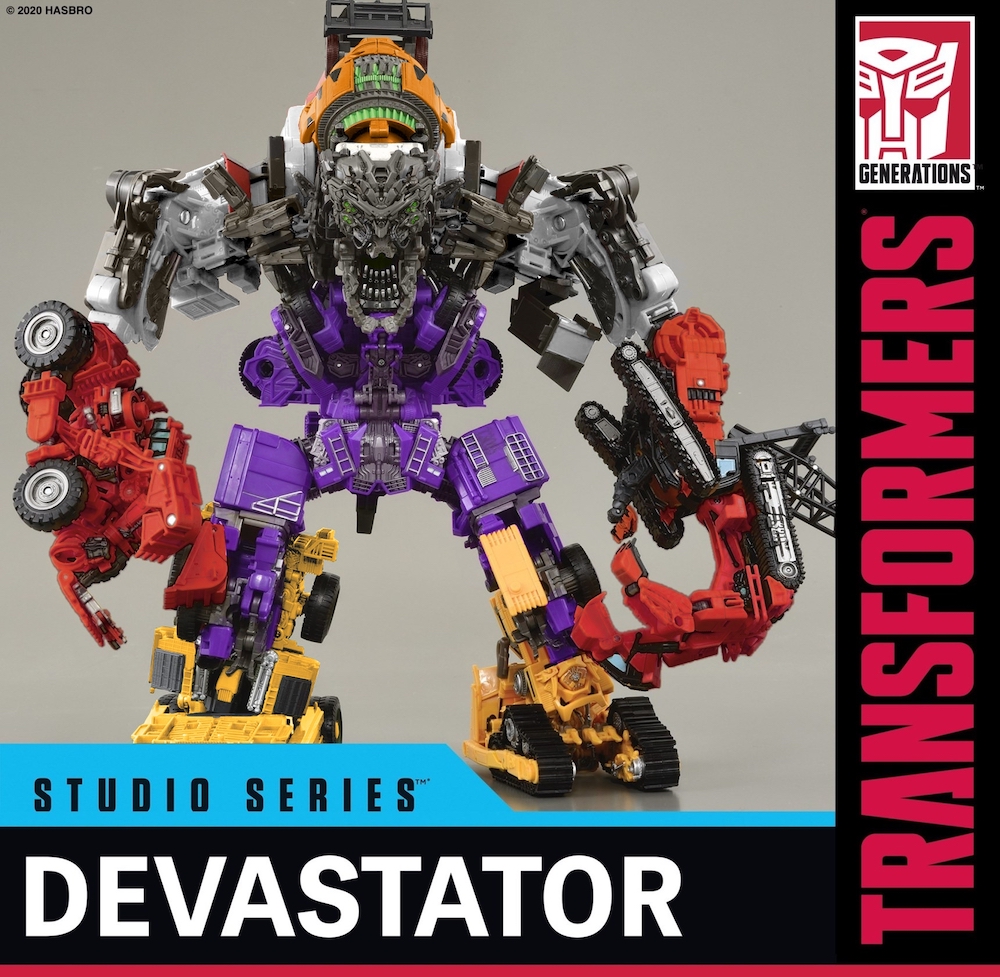 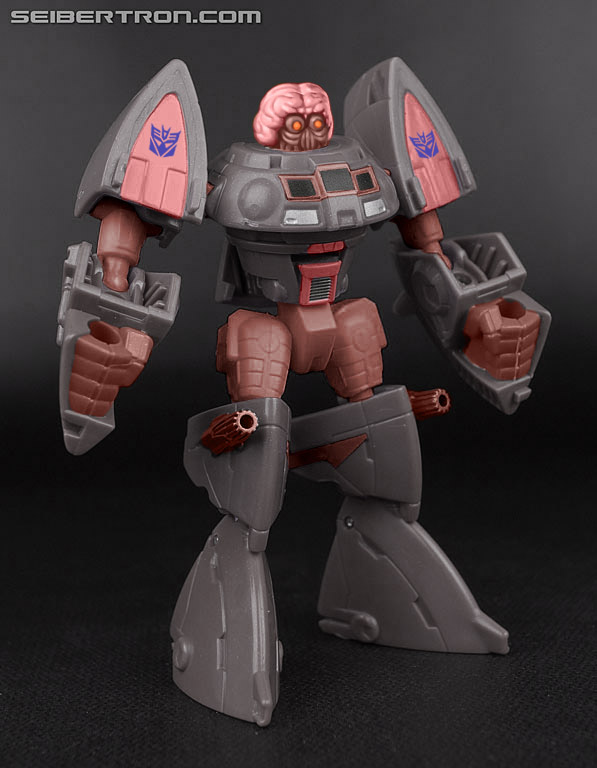 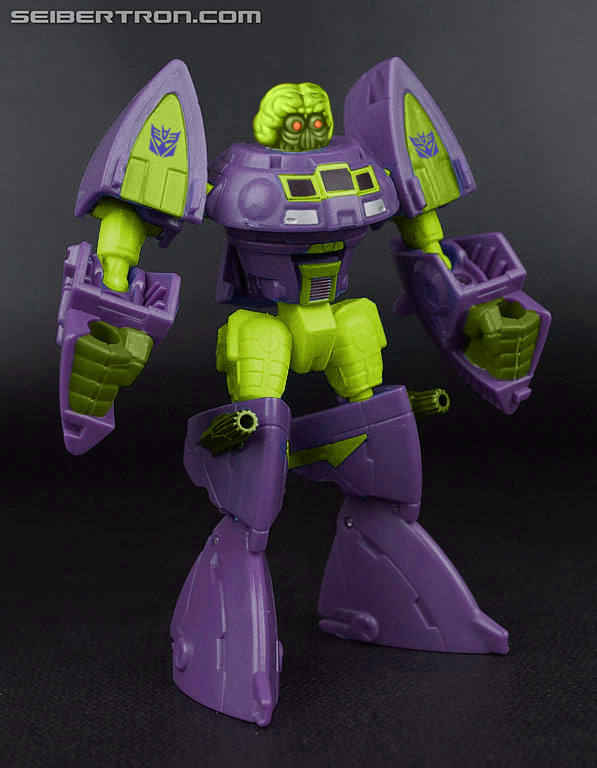 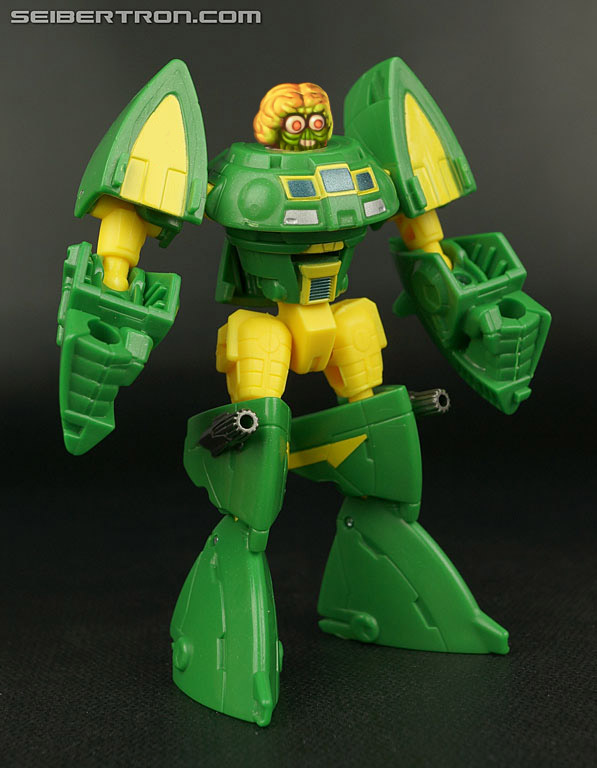 Give a repaint to a mold without an obvious repaint -- which turned into three: realistic, toyetic, and Mars Attacks!

A certain fansite didn't like Motormaster being an Optimus retool. Fun was had at their expense. 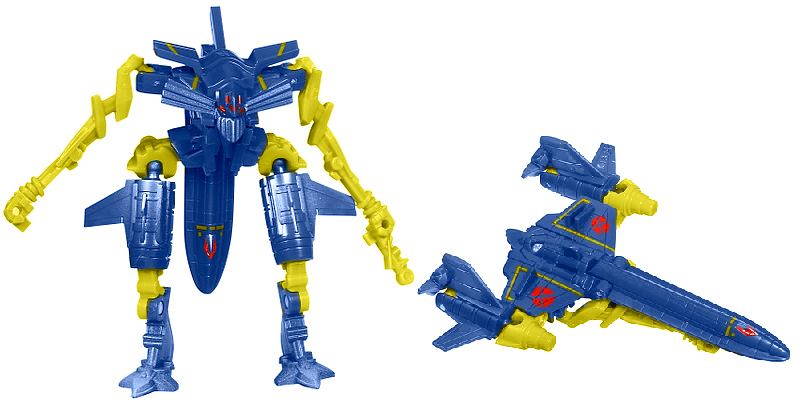 Jetfire joins the X-Men!
(done before X-Panse was a thing) 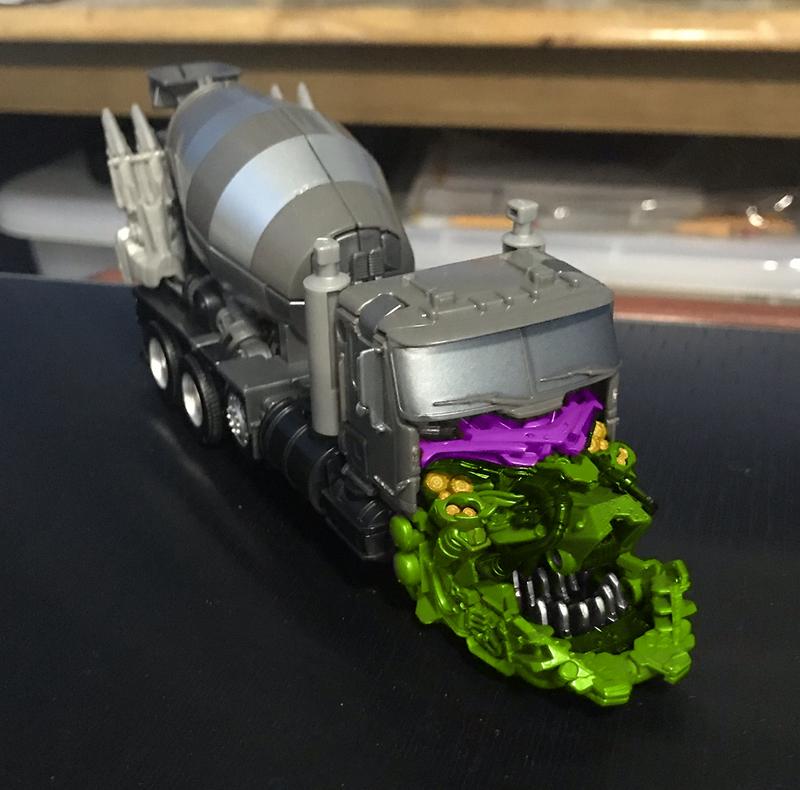 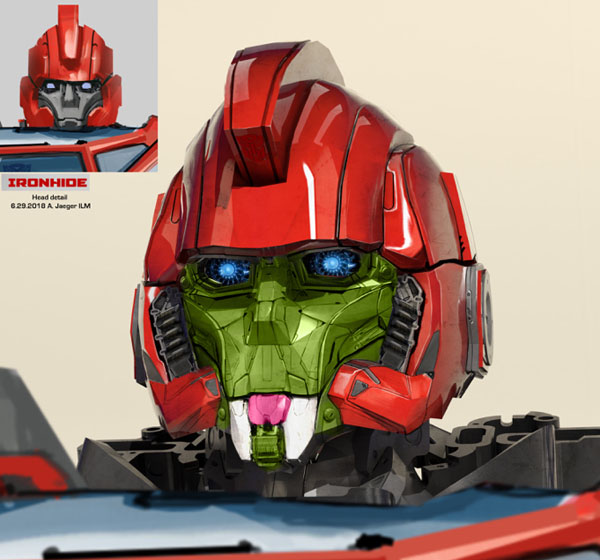 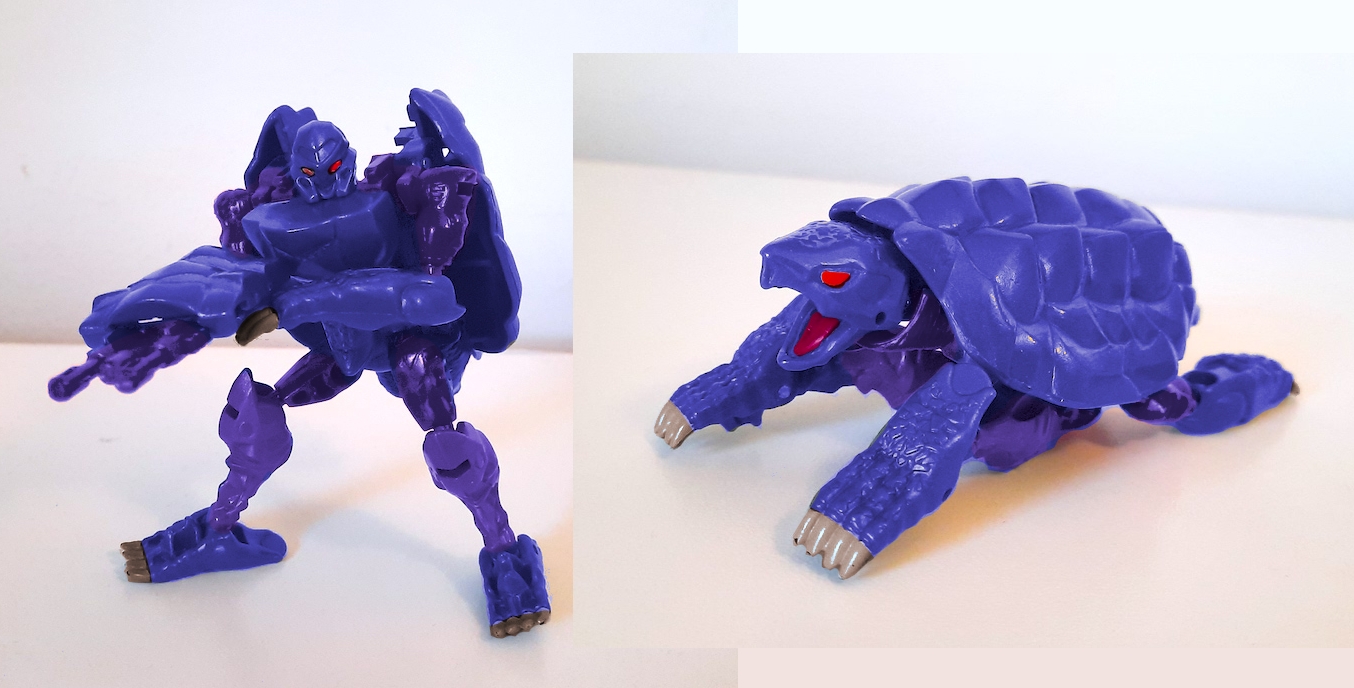 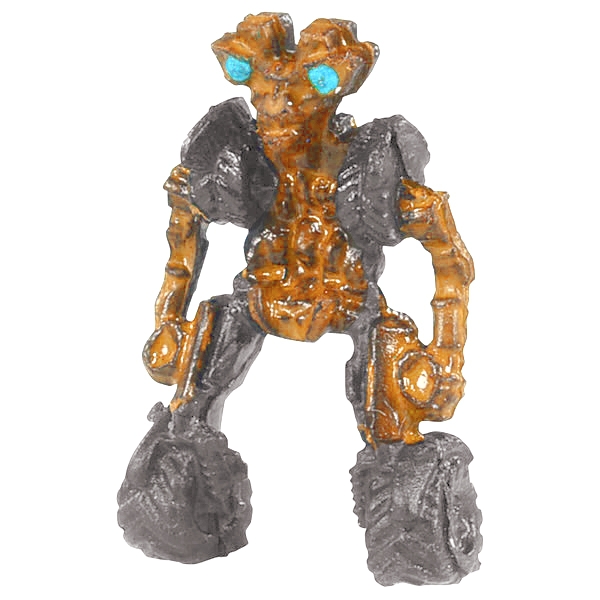 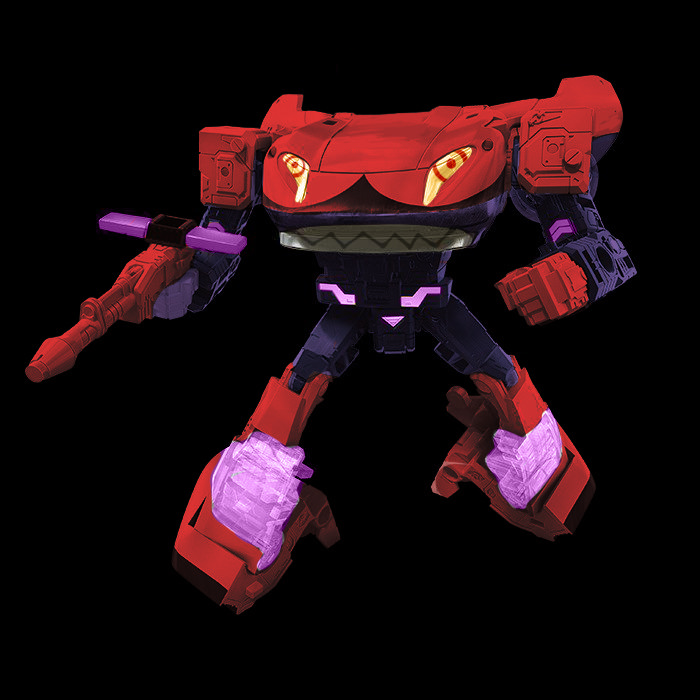 
Sabrblade said:
Come on home, toy digibashers. This thread was made just for you.
Click to expand...

Yup, one of my favorite Allspark threads. Could do with a more indicative thread name, but it's good to see these again. 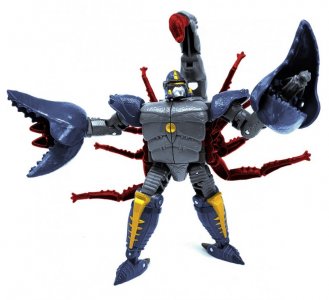 Yup, one of my favorite Allspark threads. Could do with a more indicative thread name, but it's good to see these again.
Click to expand...

If anyone can come up with a better name and can do it they are welcome to do it.

Citizen
I think it just needs the word "Ideas" in there.

...but also yes, that would likely help. 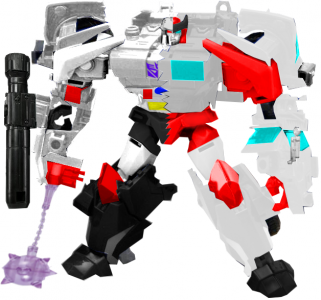 LiamA said:
A little of both. Inspired since Galvatron was made from Megatron and it would be interesting to see.
Click to expand...

There's actually a green and brown Ko of the Mechfans Galvatron. 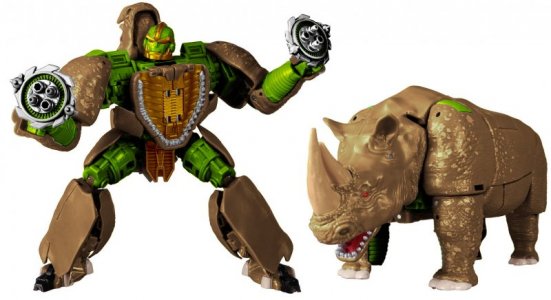 A remold of PotP Grimlock, Cloudburst, Giza and Siege Cog. Grimlock would be remolded to have a Titan Master neck socket and Cloudburst would be remolded to have a Grimlock face instead of a Matrix Core, and a Pretender Grimlock shell front with Bomb-Burst's arms. Clobber would be Grimlock's Headmaster partner. The Pretender Shell transforms into Grimlock's twin "stunner" lasers and would also have new appropriately sized tiny weapons for the Pretender shell to hold based on the original Pretender Grimlock's rifle and tail laser. Ptero is a red repaint of Giza (repurposed as a pterandon instead of a bird). Anti-Tank Cannon is a repaint of Cog with an alternate mode reconfigured to loosely resemble Grimlock's original Action Master partner vehicle. Grimlock cannot ride or hold on to the Anti-Tank Cannon configuration but he can stand behind it and pretend that he's holding it. The Pretender shell can be pegged in to look like he is riding it and holding on to it. Grimlock's color scheme would be based on the original Pretender's inner robot colors with some additional details from the cartoon and the 1985 toy. No stickers.

He would also come with black repaints of the Hasbro Computron hands and feet.

He would have a retro 1989 style box with the original Pretender Grimlock artwork but the tail laser is redrawn to be the Pretender shell / twin "stunner" lasers. 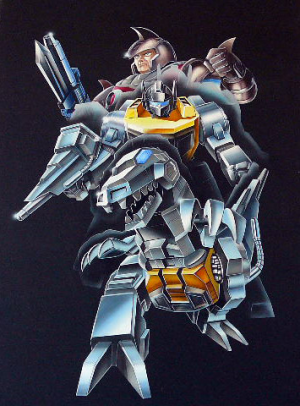 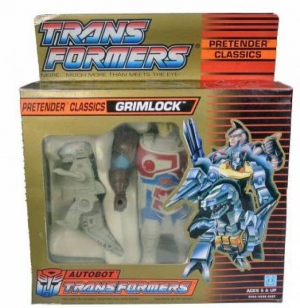 Citizen
There is yet another Seeker Conehead from the G1 cartoon who has yet to receive any toy of his own.

Scroll down to the main Tweet and ignore the top one:
Top-left: From "Starscream's Brigade"
Top-right: From "Fight or Flee"
Bottom-left: From Legends
Bottom-right: From Generations Selects

Citizen
Wouldn't mind a mild retool, of Kingdom Galvatron as a tesla coil type cannon, but with a Gunmetal grey coloration, with a mettalic blue panel line, and mettalic blue painted in mechanical detailing. Sorta like a new character with a simalir design, but just with a maybe more pelted head helmet, and cannon. Sort of a electric theme. Perhaps the alternate head could be the barbarian style Galvatron head, so theres the easy possiblity to do Barbarian Galvatron, with an extra Axe and rifle, And more blocky pelted tooling for the legs to look more like Idw Galvatron's barbarian version. New tooling design for the belt obviously. Perhaps the tank treads can be tooled to also have a mode where they can placate into the ground for a siege cannon emplacment mode.

I'd like a siege netflix, toy colors Cyclonus and Scourge with mettalic plastic, darker purple for Cyclonus, and dark mettalic blue and silver for Scourge, Maybe some mettalic detaling and sticker style tampos. But also maybe new mold Fracas and Nightstick with parts on nightstick with a liftup handle for Cyclonuses feul port. Either that, or a white and blue version of Cyclonus that looks like that rare obscure toy Ko.

If the mold wasn't over used, i'd like a siege Megaplex, and black, brown, microchange colors siege Megatron both with a new original toy styled head. Maybe Megaplex can be a clone mercenary, and black Megatron could be Age of Wrath Megatron who fights the quints when he was a hero. Probably a silver painted blade for the sword with some of the blades detailes painted in as an energy deco. Either that or Siege, Megatron X with maybe tron panel detailing and Tron style energon detailing on a silver sword blade. Maybe some retooling for more pelted on armor to look more intimidating.

Combat hero Optimus from Siege Prime, but with a tron style energy deco on the axe parts and a painted in details on the axe's autobot symbol. Either that or powered convoy colors for siege prime, the interior cab colors obviously but wth a yellow diaclonish energy panel lining deco for the axe weapon.

Either More mettalic colored Galactic man, with a siege netflix style deco to look like an older worn toy, with silver details for the lighter grey parts. Sort of a more cinematic look, gunmetal plastic for the grey parts to match the original toy, but with darker tint to look more ancient and maybe airbrushed a little to feel like an old toy. Not sure if it should be a version with red fist, window and gun. Or should the mold be retooled to have a clear fist and hand gun. While the parts like the hip joints aren't the same plastic like the hand and fist so we can have a clear gun and hand. Interior hollow of the fist and gun can be painted in silver to look like theres internalized parts in the fist and gun. Maybe the gun can be retooled to have a more thicker barrel with some mettalic parts in the clear gun part to look closer to the original toy. Maybe retool the fist to have an interior mechanical bits into the clear hand. Suppose the possibility is alter the gun to be closer to the toy and to be a seperate clear sprue from the hips so the hips don't need to be clear, but it can be released for the SG Shockwave.

Or a more airbrushed mettalic purple with a siege netflix damage airbrushing for a siege Netflix style Shockwave, that comes with a show accurate data pad.

Citizen
Why hasn't there been extensive repaints of the Prowl design like there have been with the Seekers? I always figured Prowl would be the Autobot version of Starscream.

Staff member
Council of Elders
Citizen
Because there were so fewer Decepticons to begin with. They needed filler.