Pocket said:
Something I've been thinking about lately... COVID-19 is literally a variant of SARS, the virus that caused a minor scare back in the 2000s but was so well contained that it never became a real problem anywhere. What did people do back then to successfully contain it, and why didn't they do it again in 2019 despite having almost two decades to study it and fully understand the dangers? What changed?
Click to expand... 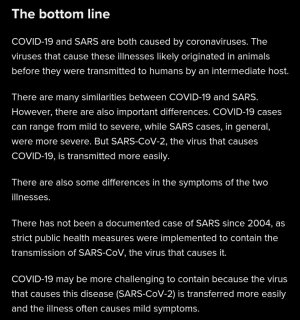 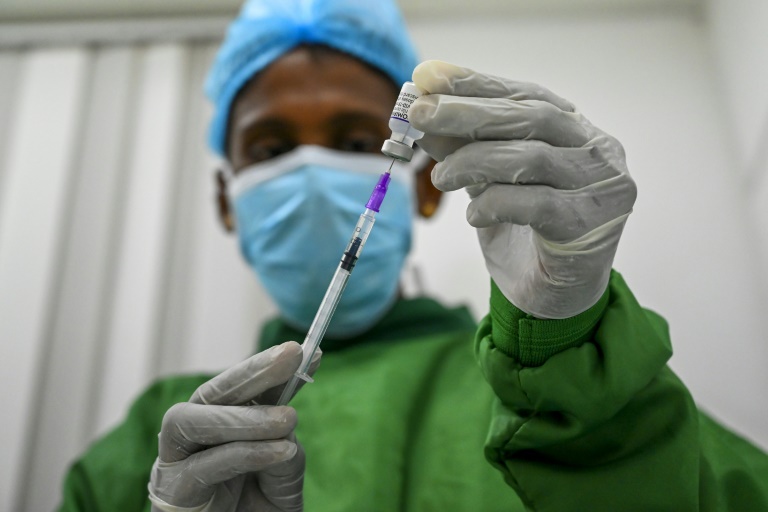 The new COVID-19 strain was created by a team of scientists at Boston University's National Emerging Infectious Diseases Laboratories.

The new COVID-19 strain was created by a team of scientists at Boston University's National Emerging Infectious Diseases Laboratories.

I think the proper response to that is 'duh'. Isn't this how most pandemic disaster/doomsday movies start? Best to do is to kill that new strain with fire before that happens.

Considering IBCs are local and not overarching unlike what this article is claiming, I'm going to discount it as needless hysteria over made up nonsense.

Rust said:
Considering IBCs are local and not overarching unlike what this article is claiming, I'm going to discount it as needless hysteria over made up nonsense.
Click to expand...

There's no shortage of that.

“Gain of function research is thought to be the origin of COVID-19.”

followed a few sentences later by

“Many believe it was engineered by researchers at the Wuhan Institute of Virology, though the theory remains unproven.”

Citizen
Good to know. I saw it making the rounds and didn't know what to think. That's why I posted it here.

Citizen
Doesn't the Daily Beast usually feature better articles of have I confused it with a similar-sounding website?

Citizen
All media outlets are clickbait garbage at least some of the time at this point. Sometimes the more consistently clickbait-y ones like the Daily Beast or Buzzfeed manage to let actual journalism squeak through that puts even the mainstream newspapers to shame, and the under-30s jump on it being all "See? This is the future of journalism!" and then they go back to making clickbait.

Citizen
There's a reason I've switched to just getting my news exclusively from the Associated Press aka "The News' News".

There would have been mass protests from the start, with the GOP accusing the entire Clinton administration of being in league with a Chinese conspiracy to shut down the US economy. The GOP would have egged the protesters on with their usual brand of violent macho rhetoric and lurid conspiracy theories, supercharged by the resentment of having lost the 2016 election. By the time of the 2020 election, the loonies would have been bombing doctors' offices and shooting people for wearing masks.

The 2021 vaccine drive would have gone even worse than it did. With Trump unable to falsely take credit for the vaccine, he would have been openly against it, and Republican governors would have followed his lead in order to appease his fan base. Trump would have been almost as visible from 2016 to 2020 as he was in office, because the media loves him: he's ratings gold. He would have started his 2020 campaign weeks after losing the 2016 election, and he would have been holding his insane rallies this whole time.
Click to expand...

Citizen
Counterpoint: Trump would have gotten COVID while not being President, would not have been airlifted to Walter Reed to get one of the world's first doses of remdesivir and who knows what else they bespoke pumped into him, and likely would have died. So, better response.

Citizen
Trump may have even beaten Herman Cain to the punch, so the Herman Cain Award would instead be called the Donald Trump Award.
N

Citizen
And then he would have died a martyr, and his crazy cult would have voted for whoever would have been on the GOP ticket of only out of spite.

Citizen
Also: Under Hilary, the Pandemic response team established by Obama would not have been disbanded by Trump. So it's actually not entirely impossible we might have gotten a far better handle on things far, far earlier.

Citizen
There's literally no impossible there. Trump did nothing, biden was responsible for stepping in and implementing the few half measures that got through. Between that and the states responses, it's a ******* miracle you ONLY lost a million people.

wonko the sane? said:
Trump did nothing,
Click to expand...

Not entirely true. He denied it, suppressed the experts, threw out crackpot "cure" ideas, spread the words of whichever quacks he felt like listening to at a given time, and threw in some racism against China on top of it all. He didn't do nothing, he actively made the problem worse.

Nevermore said:
And then he would have died a martyr, and his crazy cult would have voted for whoever would have been on the GOP ticket of only out of spite.
Click to expand...

This is not how martyrs are made. In this scenario, Trump would have died and been forgotten.