Citizen
So... legault wants to bring in a health tax for the unvaccinated. Stating specifically that it will be more than just a couple of hundred dollars, so as to directly incovinience the unvaccinated when it comes time for a doctors visit and such.

I, personally, welcome the idiot tax despite knowing enough that no quebec government (and especially not a seperatist government.) can be trusted with taxation.

Citizen
Even for people who've gone their entire lives paying nothing for medical treatment, a couple hundred dollars seems like a small price to pay, but I might be underestimating people's capacity for making a mountain out of a molehill. Hashtag first world problems and all that, after all.

Citizen
A small price to pay... supposedly every time you go to the doctor. Depending on your health and financial situations: this could very well be debilitating.

Thylacine 2000 said:
Moderna 2: Moderner got me severely ill for 2 days. High fever, debilitating headache that made it hard to talk, see, or even think straight.

Moderna III: This Time It's Modernal is less severe but more lingering. 2 days of mid fever and swollen lymph nodes, now into day 5 of headache, body ache, forgetfulness / brain fog, wildly racing heartbeat whenever I climb stairs. My wife had much the same.

I'm done, this is not gonna be every 6 months. The next time I ever get a COVID shot will be after my personal doctor has looked at my antibody scores and told me I need it.
Click to expand...

And on top of all that, I still got COVID last week.

3 days of sore throat (before I tested), then about 4 more days of runny nose. In the Beforetimes, I would routinely go into the office feeling worse than that. I've been irrationally phobic and panicky that maybe I lost my sense of taste and smell - I'd keep experimenting, it would still be there, but then a few minutes later I'd panic that maybe it faded since the last time I checked so I'd better check again. Have been going through a lot of Fuego Takis, pickles, and lemon slices. Maybe I'm pregnant! 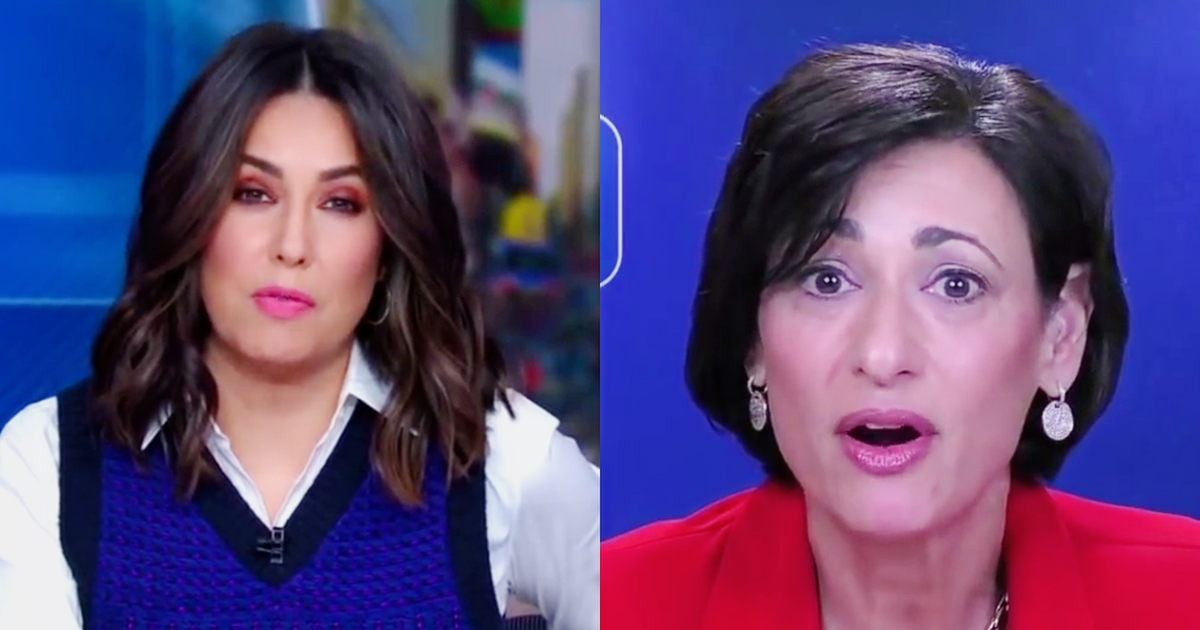 WATCH: CDC Director Comments That Were EDITED OUT By ABC — That Got Tons of Liberals AND Conservatives Mad at Her

CDC Chief Dr. Rochelle Walensky took heat from the right and the left over an interview that turns out to have been edited by ABC News in a way that caused many to misinterpret her. On Friday's edition of Good Morning America, ABC News aired an interview in which co-anchor Cecilia Vega asked

The CDC director referred to a study of 1.3 million vaccinated people, of whom 39 people died of COVID and 29 of those 39 had 4 or more comorbidities. The media slashed down her explanation of that to suggest she was talking about EVERYONE WHO WAS DYING OF COVID, and so you then have right-wingers saying "It's just a fatty disease, Imma ignore it, lol die fatties," and left-wingers saying "Omg eugenics, they are writing off everyone with anxiety and ADHD to usher in our new fuehrer."

I get so tired of saying things like "The media is irresponsible." I've been saying it since at least the 2001 "Summer of the Shark" mass psychosis and you know, it has never made a difference to point it out. But just imagine what life would be like if they were leading with "People who are triple-vaxxed and otherwise healthy can officially think less about COVID." Imagine the amount that could be refocused on truly needy and vulnerable groups, while also the relief to the overall economy and general public's mental health. Just imagine.

The Supreme Court ruled against the Biden administration's rule for OSHA, saying it did not have the power to require vaccination for millions of Americans.

so glad we let a failed game show host get majority control over a justice system that can decide another ten million people deserve to die of treatable disease.

Staff member
Council of Elders
Citizen
What in the hugging hell...

Citizen
And they're sure to spin it to look like it's all on those nasty Dems that nothing's improved, too.

Because the GOP is a death cult.

Citizen
Another Long COVID effect to add to the list:

not even PRETENDING to try anymore. Go out & die for the profit margins.

Citizen
We'll normalize dying of COVID, just like we've normalized dying by gun violence, dying by insane medical debt, dying by starvation while food rots in the fields, dying of exposure while housing sits empty because nobody can afford it.........

Staff member
Council of Elders
Citizen
Awwww, they picked my birthday for Everybody Die Of COVID Day.

Citizen
I always suspected you would take us all with you...

Citizen
It's hard to even cite Trump's handling of the COVID crisis as the reason he's our worst president ever now that we know it's no different from what everyone else in our government would have done.

Citizen
The problem is, the people in power weren't considered beholden to their own regulations. So there really was no way in which we could stave it off and starve it out. Happened a century ago, happened again now. Humanity is nothing if not consistent.

Welcome to the new normal, where COVID Boosters will be offered alongside Flu shots.

Citizen
I dunno, I'm pretty sure 90% of the developed world is dealing with this better than we are. It's clear now that starving it into extinction was never an option (pretty much nothing short of a totalitarian dictatorship has the power to do what would have been necessary for that anyway, and they'd probably still be too dependent on foreign imports for it to work), but we haven't even kept the spread remotely under control. Masks and vaccines should have been mandatory for 100% of citizens, respectively, as soon as they were available, and every single person capable of working from home should have been required to do so. That much, at least, could have been done without impacting our precious economy. Also maybe if the CDC weren't full of idiots in scientist cosplay, we'd have known about N95s being necessary early on and made that part of the aforementioned mask mandate.

Just about the only thing we haven't botched in the most embarrassing way possible was the actual development and rollout of the vaccines themselves. Who would have guessed that the only developed country without universal health care would still be capable of forcing its greedy, profit-driven pharmaceutical industry to drop what they're doing and deal with a crisis and also ensure that their product gets into the hands of the citizens at no cost to them. But there's still plenty of time to discover that there's a dark side to that too, like the vaccines are made from the harvested souls of orphaned children or something.
N

Pocket said:
But there's still plenty of time to discover that there's a dark side to that too, like the vaccines are made from the harvested souls of orphaned children or something.
Click to expand...