Citizen
Of course it works. I mean, look at the previous president. Cheap theatrics are basically all he ever had.

TrnsfrmGod said:
This has me more upset than it has any right to, but what the hell is going on that the GOVERNMENT feels it needs to come up with these cutesy names for their legislation?

WHY is it that MARKETING is a consideration when we're running country!?
Click to expand...

This argument comes up every time Congress cooks up a terrible bill, but honestly this is pretty common, has been going on longer than most of us have been alive, and both sides do it. Remember the COVFEFE Act? The idea that the time and effort taken to give a bill a clever name is a waste is a bit like the argument that we should have gone out of our way to prevent rich people from getting stimulus checks. And as for the idea that it's making the mockery of serious issues... I'd just like to remind everyone that the freaking Amber Alert's name is a pun. The fight to keep wordplay out of serious issues is one you're not going to win. 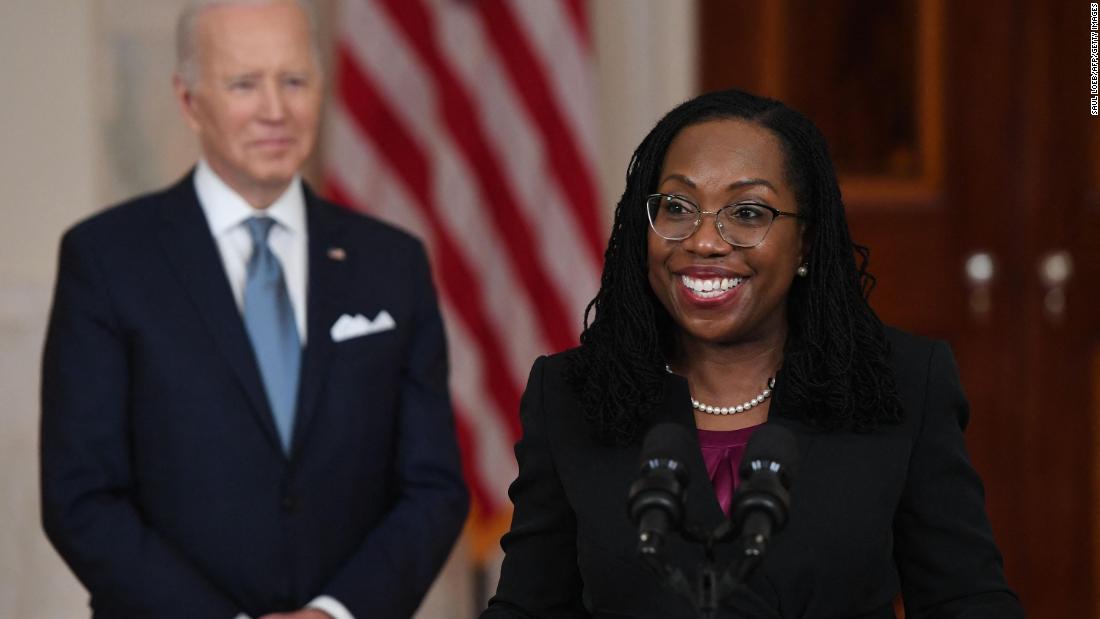 President Joe Biden nominated Ketanji Brown Jackson to the Supreme Court on Friday, setting in motion a historic confirmation process for the first Black woman to sit on the highest court in the nation.

so, let's see if she actually gets a seat.

Citizen
This is... weird and counterproductive.

Citizen
https://twitter.com/i/web/status/1522304054084390914
The president of America standing next to a man whose jacket is adorned with the legend “eat the rich”. From the official twitter account. What timeline are we in, again?!

Citizen
Not to mention we're 2 years in and haven't even broken double digits on this thread...

Citizen
To be far, the forums were wiped and nu-allspark has only been running since September 2021. We'd probably be at 3 or 4 pages by now if it wasn't for that.

Citizen
Every time Democrats hang out with union leaders for the sake of PR, I'm only reminded once again that if we had a government that really cared about workers' rights, we wouldn't even need unions because everything they exist to fight for would already be the law of the land.

Dekafox said:
Not to mention we're 2 years in and haven't even broken double digits on this thread...
Click to expand...

Imma be real with you.
I've kind of stopped paying much attention to the day to day insanity of politics. Trump legitimately burnt me out. Even the current nonsense involving Roe v Wade has me staring in a weary form of defeat.

My thoughts are very, very dark when it comes to anything political these days.

Citizen
Also Biden hasn't really done much of anything to post about. Not only is his administration not a trainwreck like Trump's was, he also hasn't said or done a lot to celebrate either. Which is bad—we've got a wannabe caretaker president in a time of multiple imminent crises—but it's harder to talk about all the nothing that he's doing.

Citizen
Democrat Leadership most definitely is invoking the comic of the dog sitting amidst fire saying "This is fine."

Citizen
i've given up on anything getting better in the next two decades aside from maybe some actual progress on climate when we reach the point where Republicans have a broken clock moment like BoJo and realize it's a problem that affects them, too. other than that i'm preparing to find a way to survive and help my friends in the inevitable Christian Reich. my main hope is the Christian Reich collapses quickly enough that they don't get to the point where they get to enact their Holocaust 2.0 on LGBTQ+ people, and we end up getting Anti-Republican/QAnon laws from the center-left democracy that topples them, like in Germany post-WWII.
Last edited: May 7, 2022

Citizen
You wanna know why she clings to this fantasy? Because that's when the GOP wasn't bugnuts insane.

Ironbite-they were mean but they weren't what they are now.

Citizen
I can honestly feel for them a bit. There are colleagues they've worked along side for decades, who were ideologically different but fundamentally rational up to what strikes them as extremely recently.

The problem ultimately is because they were working alongside these people for decades, the little eccentricities of the party went unnoticed or dismissed. "Just politics", ignoring the fundamental rot in the party's foundation that's been festering for half a century at this point. They got gaslit by their own colleagues, believing they were rational and sane. Now that the mask is deliberately being pulled off, they're blindsided.

Nancy Pelosi is the character in a Zombie movie who is pleading through tears as a former loved one shambles towards them, desperate to hold to the belief that they would never hurt her.

Staff member
Council of Elders
Citizen
Her friends across the aisle have been calling her a crazy radical for decades now.

Citizen
In public. The theater stage production. They were all smiles and polite conversation when the cameras turned away.

Citizen
Republicans have been anti-abortion for literally longer than Pelosi has been in politics, though. (Just slightly longer, but still longer.)

Citizen
And until recently: they would have never actually done anything about abortion because they wanted a culture war talking point and not actual actionable events. The horrible thing about all this is how effective the republicans actually are, but it's always for monstrous shit.

New York, Washington and a number of other major cities have reported increases in violent crime since the start of the pandemic.