Citizen
Liz cheney is the last republican who can see which way the wind blows, and is only doing it in preparation for her own presidential run.

Citizen
Good luck with that when it's already cost her the nomination for her own incumbent seat in Congress.

Seriously, how often do incumbents get primaried out? Almost never. But going against the MAGA grain made it happen.

Citizen
I think she thinks she can see a future in which there is both an american democracy, and no maga.

Citizen
Does this future also contain people capable of remembering who she is by then? Because the shift back to sanity isn't going to be fast.

Staff member
Council of Elders
Citizen
I think she's playing a long game where she hopes for a historic electoral loss for the MAGA crowd followed by a lackluster Democratic administration so she can swoop in as the inevitable pushback. She'll run in 2024 but she's really angling for 2028. Would be my guess.

Citizen
It’s super hard because MAGA and Conservatives want most of the same things.

It’s merely a matter of severity and speed.

Citizen
Remember exactly who this woman's father is, and who this woman is. A woman who threw her own Lesbian sister under the bus for her own political ambitions. Something even "I shoot people in the face and **they** apologize for it" Dick Cheney couldn't do to his own blood.

Liz being primaried by Cultists doesn't mean a damn thing. She's positioning herself to be the Party Head after the Cultists inevitably crash the bus headlong into a tree.

Pocket said:
Does this future also contain people capable of remembering who she is by then? Because the shift back to sanity isn't going to be fast.
Click to expand...

You're assuming there's a future american democracy, and no maga. Faschists tend to fight to the death, and when the experts are literally screaming "FOURTEEN!" and no one is paying attention... yeah.

Citizen
Our only hope is that the schism splits the party. Lincoln Project vs MAGA is probably the best outcome. Question is what will these two parties call themselves if a split occurs.

When you *already* don’t have enough supporters to pass your worldview fairly; the last thing you’ll want to do is split it further.

The more likely danger is trying to saddle the Dems with more worthless blue dogs.

Citizen
Well, maybe the Forward Party will gain enough traction to lure the ship-jumpers in so they won't do that.

Citizen
I think the future of US politics for the foreseeable is basically what we have now, the Republican Party as far-right, and the Democratic Party as a catch-all party for everyone to the left of the GOP.

The big problem with leftists IMO is that their default solution to any problem with capitalism is "burn down the whole system". We all know that's just not going to happen, so what's the point of always recommending it as a solution? Can't we acknowledge that there are structural problems with capitalism and then try to come up with ideas other than "burn it all down and rebuild from the ground up"?

When you have black mould in your house and you call in a mould removal expert, he COULD recommend burning down the house and starting over, but he would probably also give other less radical solutions if asked, and I doubt he would call you a coward or a pro-mouldist for asking.
Click to expand...

Citizen
The problem with black mould is that UNLESS you burn it all down and start over: there's very little certainty you got all of it and solved the problem. Sure, might take care of it visibly for a few years, but... a decade out: your entire family is suffering from asthma, and the inspector has declared the home uninhabitable.

It's the same with capitalism. You strip it down to the bones, rebuild, try to get the rot out... and you probably missed something. In a few years, you're right back to where you started, and despite all that effort: nothing has changed.

Nuke it from orbit: the best solution for black mould and bankers alike.

Citizen
Much like mold removal, capitalism needs regular maintenance to keep it from festering into a problem again. And much like you wouldn't trust black mold to clean itself up, banks and corporations can't be trusted to keep themselves honest.

Staff member
Council of Elders
Citizen
We can get another 50 years out of capitalism by setting a realistic Universal Basic Income and nationalizing the apartment complex industry, so that anyone has access to low rent housing. Then by the time that system fails all the old capitalists will be dead.

Citizen
That would require half of the government to stop deliberately sabotaging the other half out of pure contrarianism.

Citizen
Most of Europe seems to be doing a fine job of avoiding most of the problems that capitalism is causing in the US.

Every institution, if left unchecked, will expand to fill every unoccupied space and gradually erode everything else that's too weak to defend itself. Whether it's the church, the state, or big business. The only solution is to have all the institutions constantly at each other's throats so they're too busy fighting to oppress anyone.

Any vacuum left by Government, Religion, or Business will be rapidly filled by one or more of the other.

US inflation ticked back up in August, despite plunging gas prices, according to data from the Bureau of Labor Statistics released Tuesday.

On a monthly basis, consumer prices rose 0.1% from July, according to the Consumer Price Index, which measures a basket of consumer goods and services. Economists had projected that inflation would fall from July to August by 0.1%, after holding steady at 0% growth from June to July.

Core CPI, which strips out the more volatile categories like food and gasoline, measured 6.3% in August, up from 6.2% in July. The month-on-month gain of 0.6% was double what economists had expected.
Click to expand... 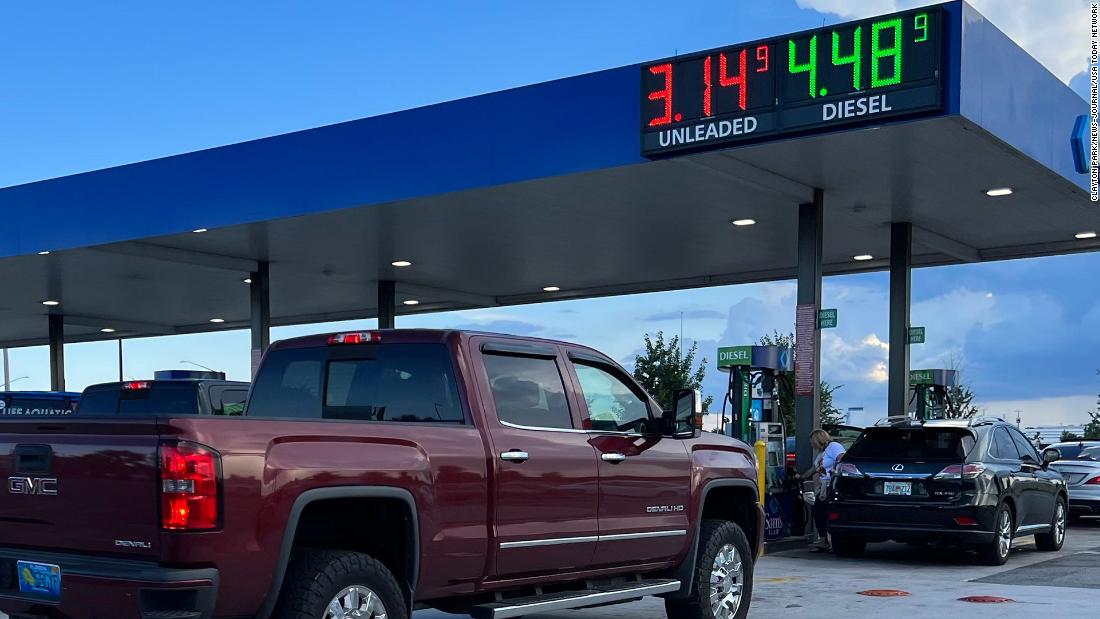 US inflation ticked back up in August, despite plunging gas prices, according to data from the Bureau of Labor Statistics released Tuesday.