Citizen
Trailer for season 2, which will return to The CW on Tuesday 11 January 2022.

Citizen
The first season was superb, so I'm hoping the high quality continues with season 2.

Staff member
Council of Elders
Citizen
That is very cool. You could almost call it…

Citizen
I'm kinda meh on the S2 opener. They really leaned hard into the cliche that serial writers have no idea how to deal with a relationship other than endless cycles of breakup and reunion for the first half of the episode, but did at least pull back from that a bit in the second half. And evil government super patriots annoy me. I get enough evil patriots in real life without having it in my escapist fiction...hopefully the Fake Superman Squad gets a bit more depth than "You don't love America and we do!"

Citizen
Y'know, given that they've already intro'd John Henry and the Eradicator last season, and that last scene seemed to be setting up Doomsday, the Young Supermen of America might well be this show's way of introducing Conner.

And this week's episode was the one she directed!

Staff member
Council of Elders
Citizen
Not being a part of the Arrowverse (Earth Prime) confirmed.

Kalidor said:
Not being a part of the Arrowverse (Earth Prime) confirmed.
Click to expand...

I'm not how I feel about that. On one hand I like that they don't have that baggage, but I feel a little misled. Still like the show though.

Citizen
Incredibly minor spoiler, but what the heck:


I had to roll my eyes at the scene where Lois tells her partner about Clark's identity. "Sure, what the hell, I've known you for almost two entire years now, and in that time you've demonstrated an annoying propensity to mouth off about the public deserving to know all the truth all the time, but sure, here's the biggest secret in my life so we can keep being vague work-friends."
Z

Citizen
This article goes into a little detail about why they're putting Superman & Lois on a separate Earth. 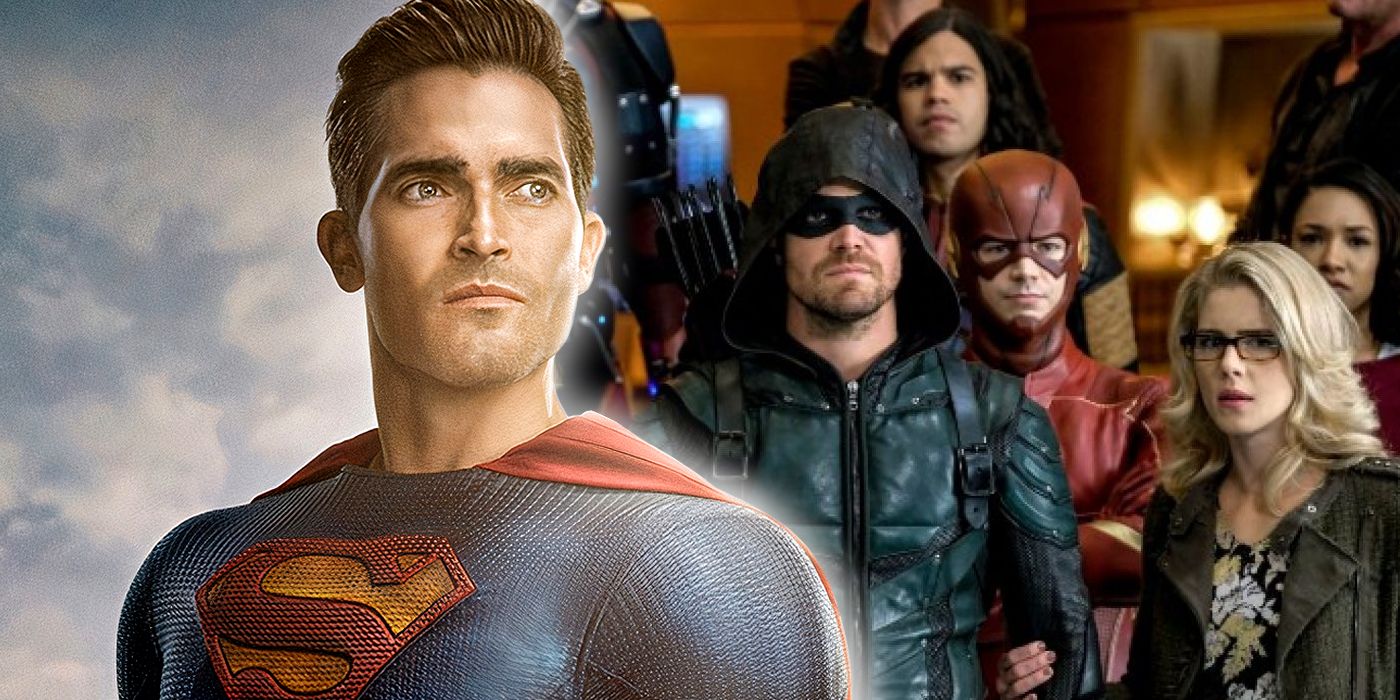 Superman & Lois showrunner Todd Helbing opens up about the recent revelation that the CW series is set outside the core Arrowverse continuity.

But, it basically just boils down to "We didn't want to be tied down by the Arrowverse".

I still say the Arrowverse shows (...I guess just The Flash, now), still needs to learn that the multiverse survived Crisis, somehow, though.

Citizen
This news makes me feel better because of all the times I've thought to myself "Kal and Kara are terrible cousins to each other", not showing up to Martha's funeral, not getting her help when Smallville residents were being turned into Kryptonians and probably some other times I'm forgetting.

Good series too, although from the last episode

Are they going to tell everyone in Smallville Clark's secret? Well everyone but the former mayor maybe.
Z

Citizen
About Superman's secret identity. In the comics, Superman actually recently revealed his secret identity to the entire world. So...I'm kind of wondering if this show's eventually going to do that, too.
Z

Citizen
Even this show can't catch a break. It turns out the actor who plays Jonathan Kent is not returning to the show next season, and they're going to try and recast him. 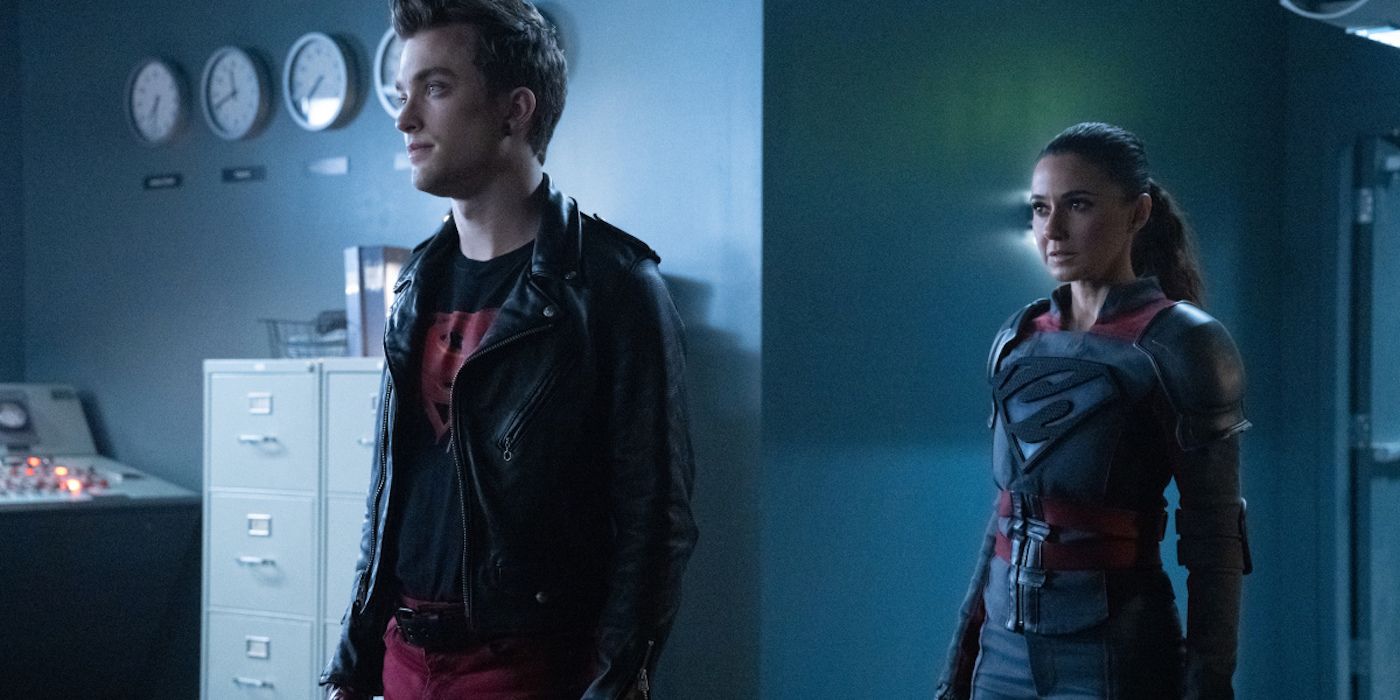 Superman & Lois has two key issues to address after a key character left the show and their replacement will have a hard time in Season 3.

That's...going to be tough to do. Maybe they can do something with the multiverse to merge him with someone else at the start of the season to explain why he looks different, but...this isn't a promising start.

Staff member
Council of Elders
Citizen
He didn't really add much to the show anyway.
Z

Citizen
I kept expecting them to give him superpowers, too. Especially when they introduced the evil 90s Superboy version of him in the season all about merging with your dopplegangers, but...nope!

But, he IS part of one of the 3 main pairs in this show. Superman/Lois, Jon/Jordan, and Lana/Kyle. I guess they can just say Jon's studying in Europe or something, but it's awkward. Without Jon, Jordan doesn't have as many people to play off of, just his girlfriend.

Other than his relationship with his brother...yeah, he's kind of just another teenager in a CW show. But, still. He's not the heart of the show or anything, but the show feels less "stable" without him around.

But I also expected him to get powers with all the Superboy stuff. I wonder what his "Personal reasons" were for leaving.

Citizen
Aw man, I liked Jon. He added a real "everyman" kind of feel to the show. Someone who, in a world full of superheroes and villains, felt like he would be the next one to get powers, but in a subversion of that expectation, he became the one who helped ground the show in reality, showing us what a son of Superman who feels like he would take after his father but instead took after his mother, would be like living amongst such legendary figures as just a normal guy.

He's had a very interesting arc over the course of the two seasons we've gotten so far, going from a high school football superstar to being humbled and brought down to earth in the long run, yet made stronger and more decent as a person. Where the other characters have their superhuman abilities tested, Jon has had his points of character put to the test: his loyalties to his brother, to his family, and to Candice have all been challenged, his feelings of self-worth and value have been questioned after losing his place on the football team and seeing his brother inherit their father's gifts instead of him, and through it all, he has managed to overcome so much struggle in his life throughout both of the shows two seasons to forge a fascinating path of his own that he is still exploring by the end of the second season. And I really wanted to see where that path would continue afterward in the next season.
You must log in or register to reply here.
Share:
Facebook Twitter Reddit Pinterest Tumblr WhatsApp Email Share Link
Top Bottom