Citizen
My website, as titled above, showcases scripts, storyboards, dialogue scripts, background keys, model sheets, show bibles, Toyfair catalogues and just about anything else related to shows produced by either one or both of Sunbow Productions and Marvel Productions, covering 25 years of animation history.

These days, the collection has grown so big that it isn't feasible to list every item in one post. So I'll just leave a list of page links. 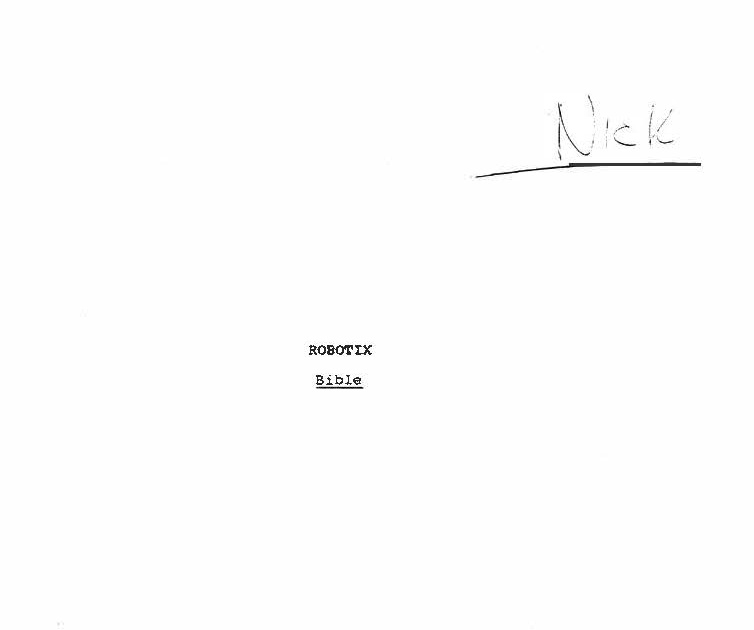 MP 6000 Spider-Man And His Amazing Friends: 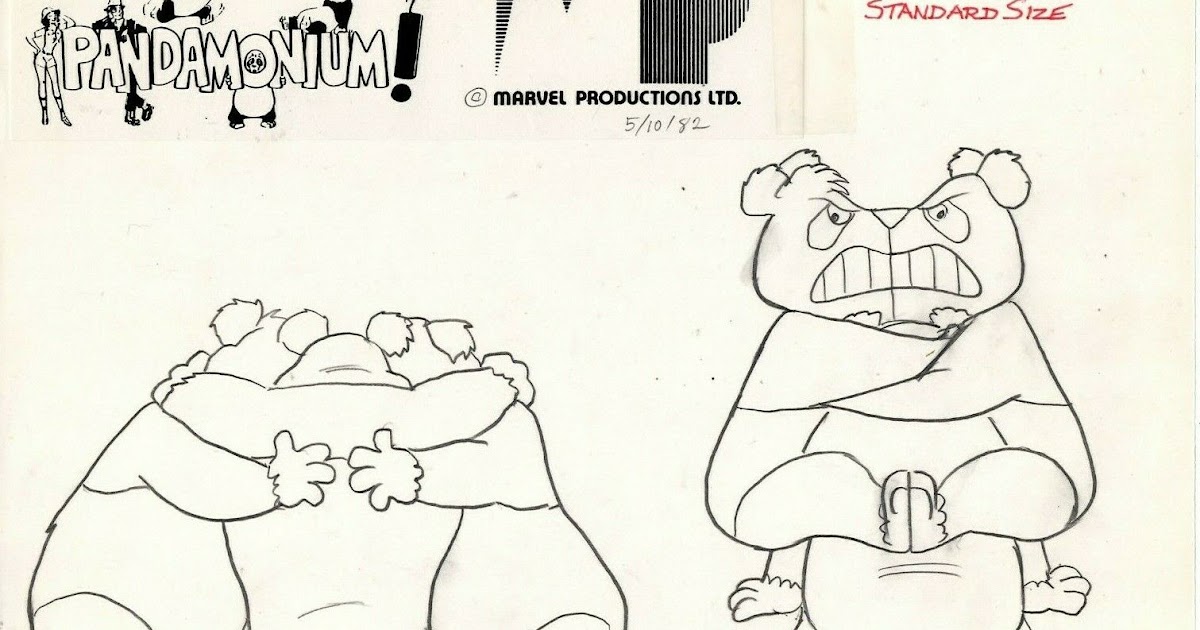 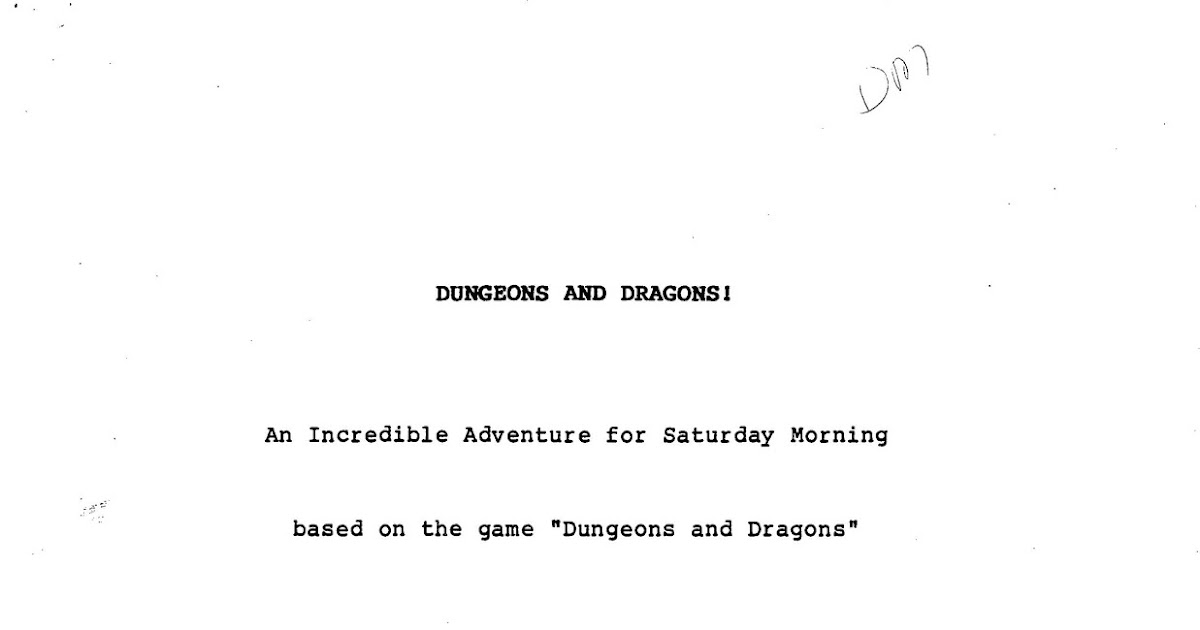 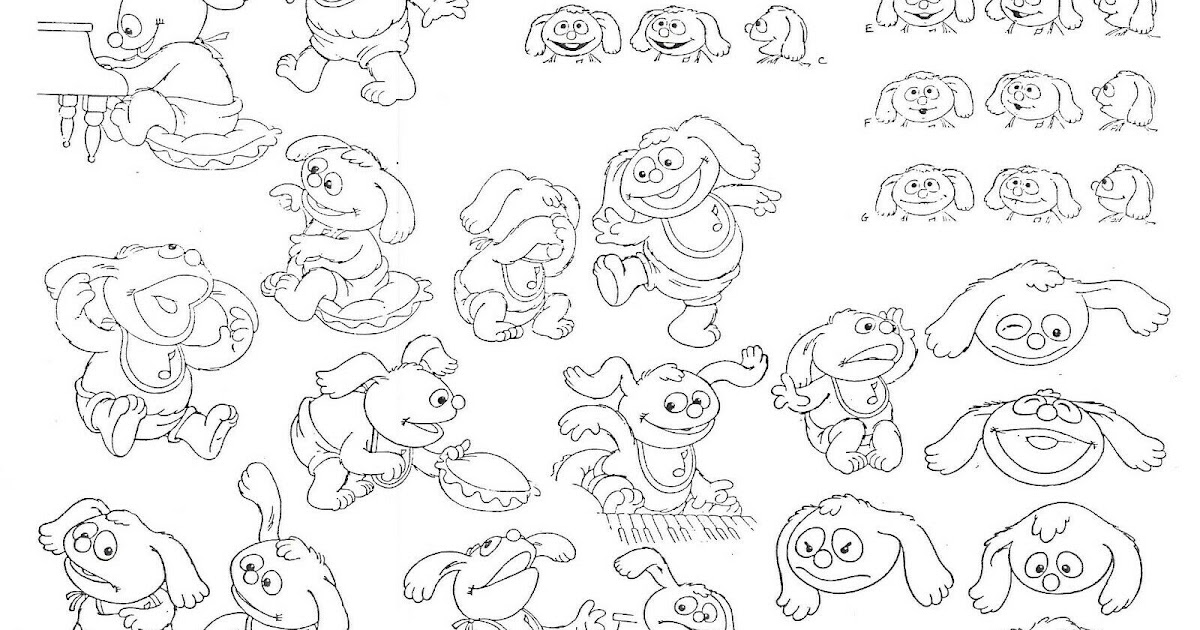 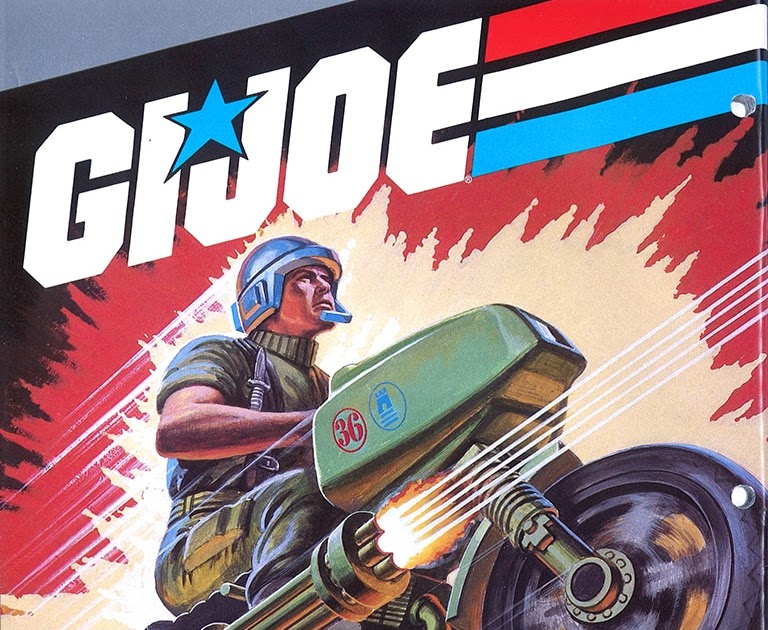 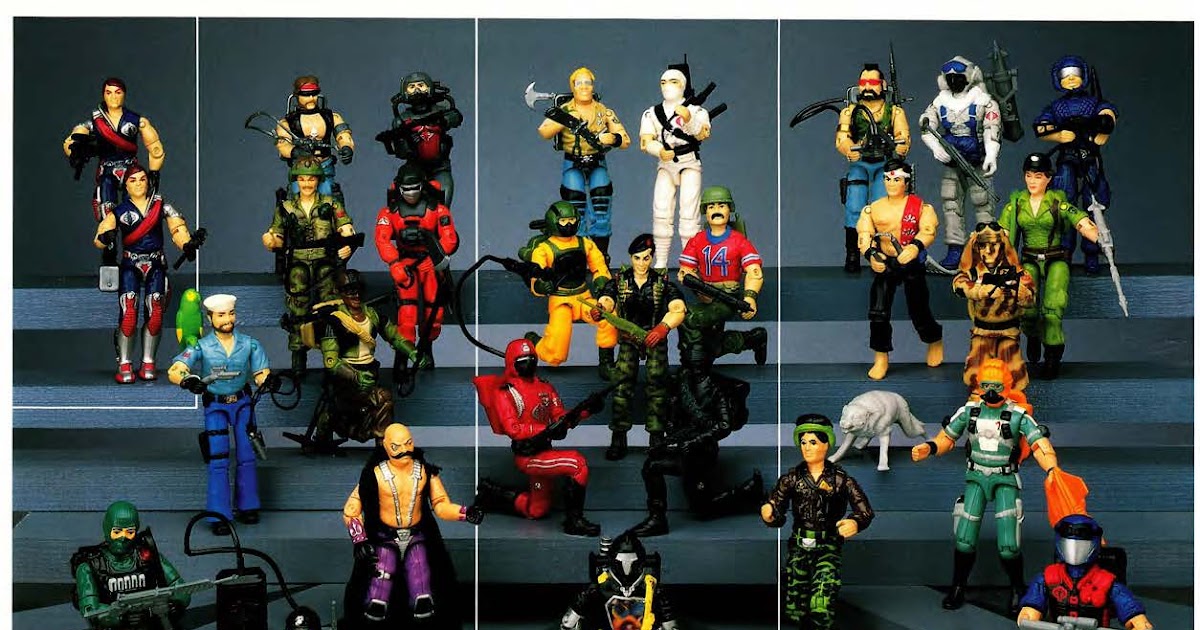 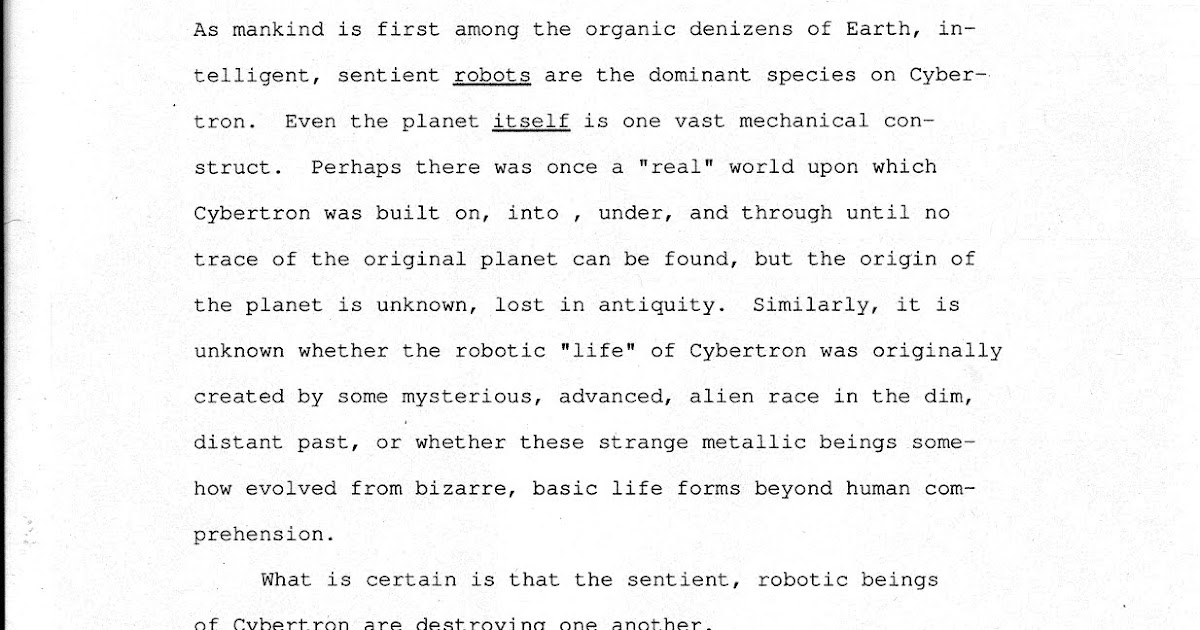 MP 4034 The Transformers The Movie 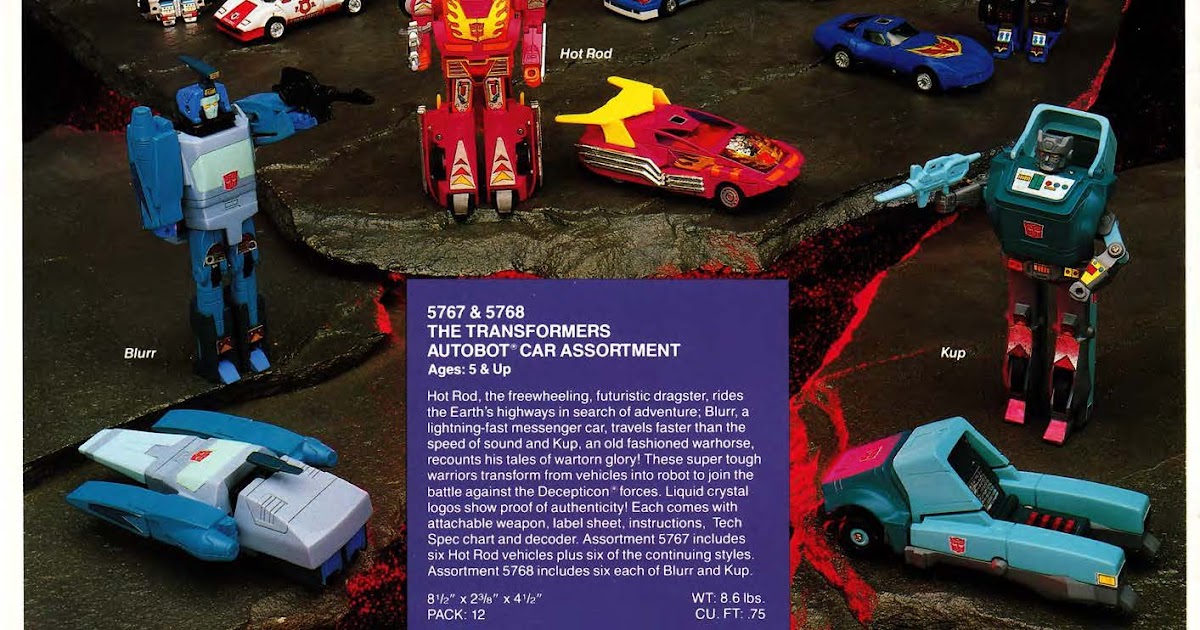 MP 900 Defenders Of The Earth 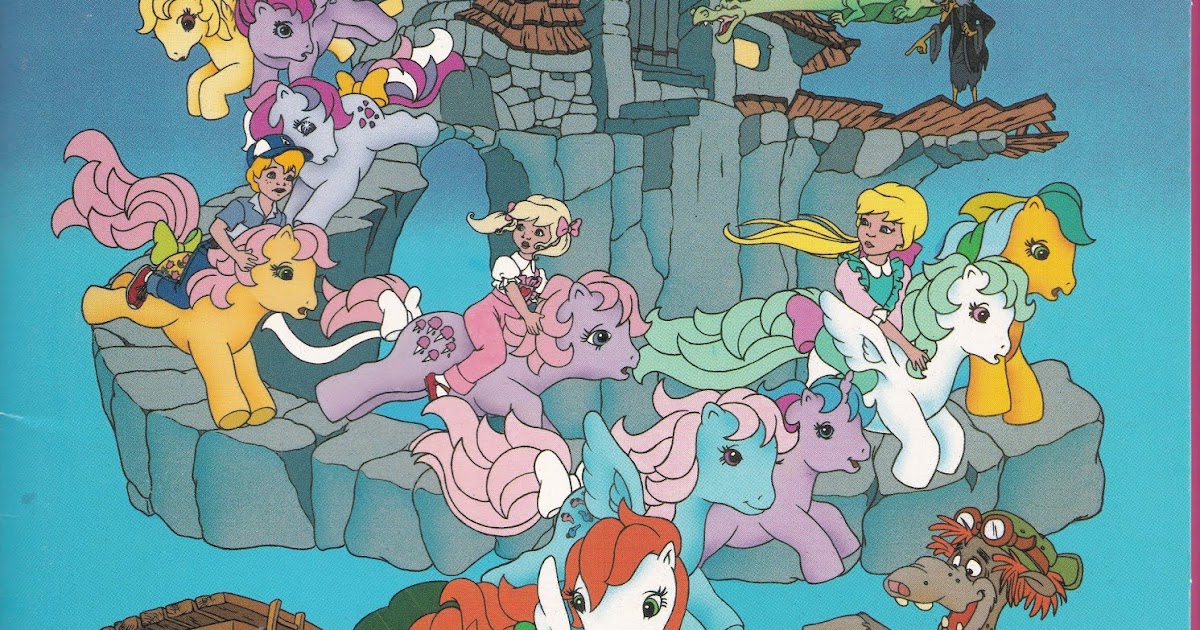 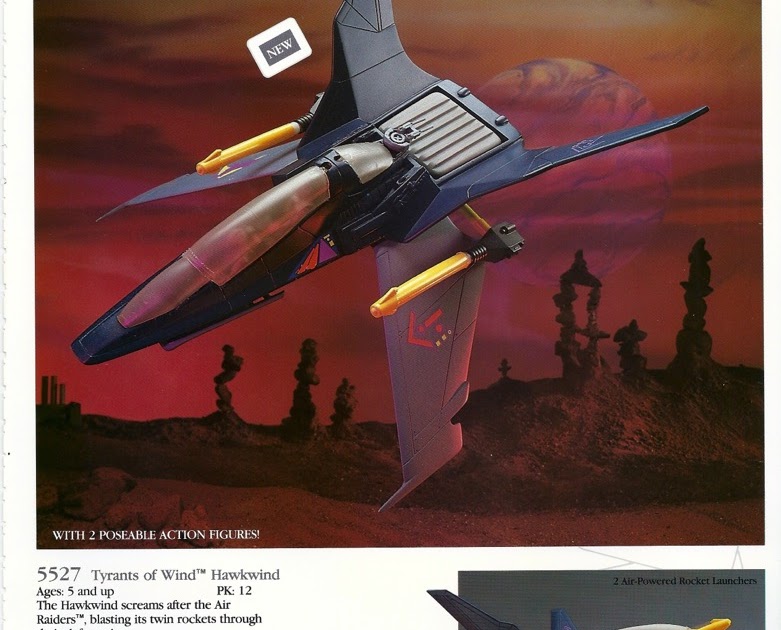 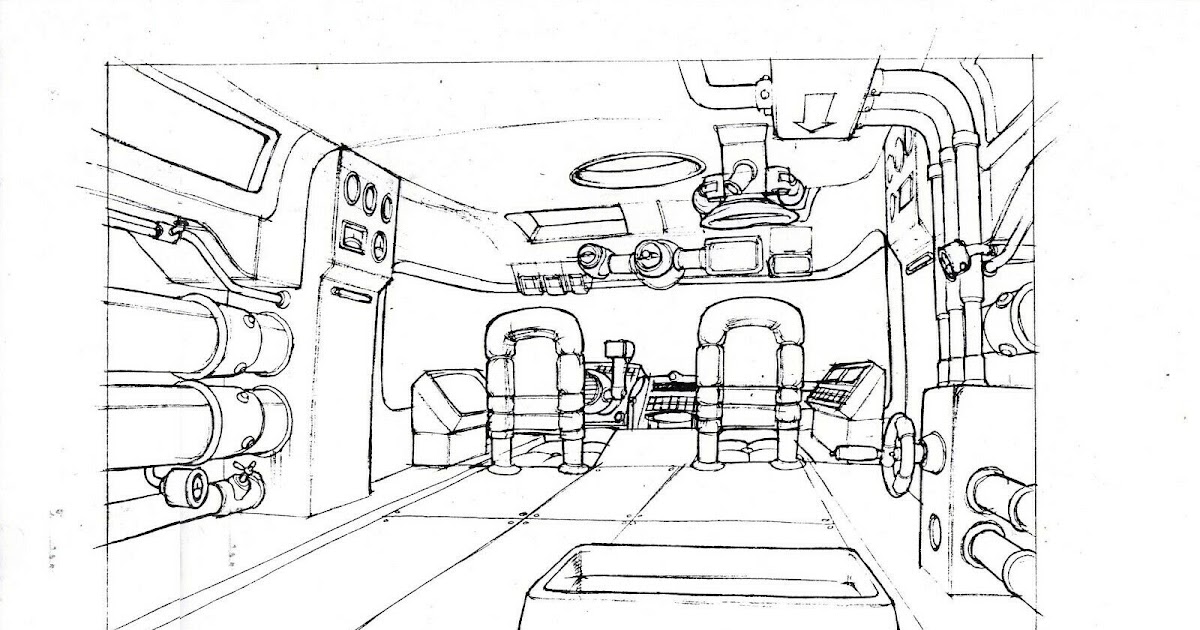 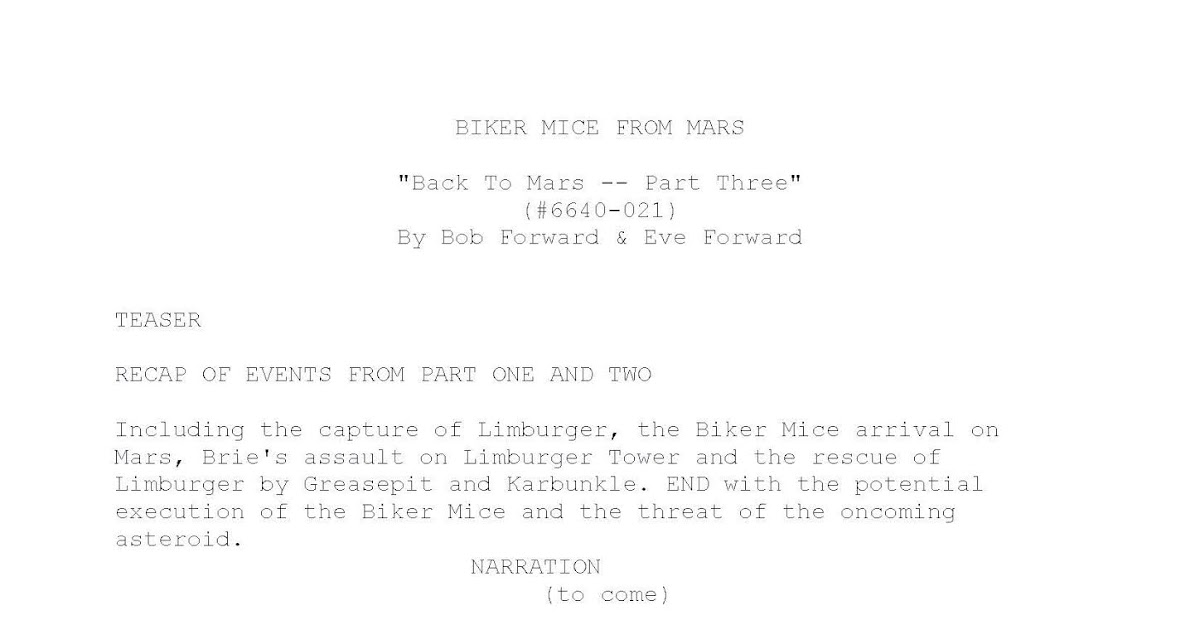 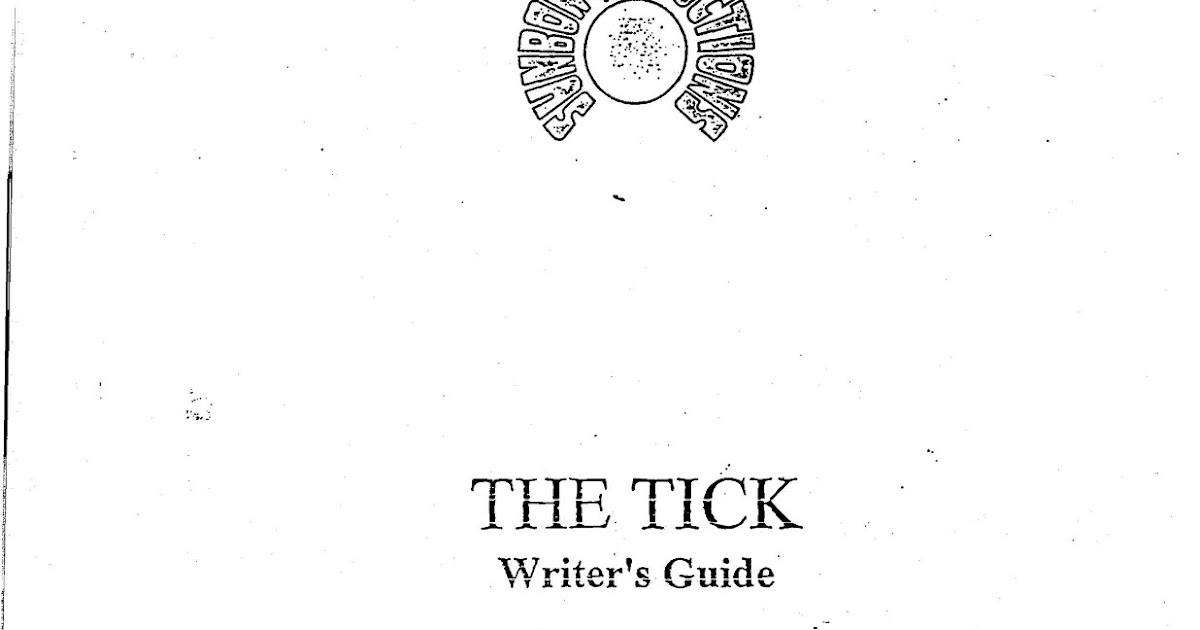 Citizen
Bit of a surprise development. The full storyboard sets for the Inhumanoids episodes The Evil Eye and Primal Passions are now up for viewing at the Inhumanoids page (linked above) 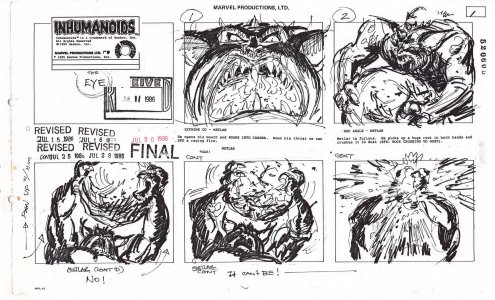 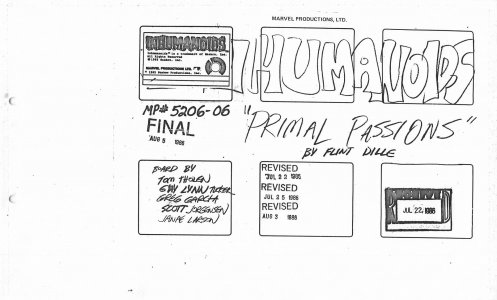 Citizen
Among the parts cut in The Evil Eye:

Citizen
Probably something you didn't expect to see in this thread, but opportunity knocked. Flint Dille's first animation script, working with Steve Gerber and Martin Pasko on the Mr.T cartoon for Ruby-Spears: https://sunbowmarvelarchive.blogspot.com/p/other-showscompanies.html 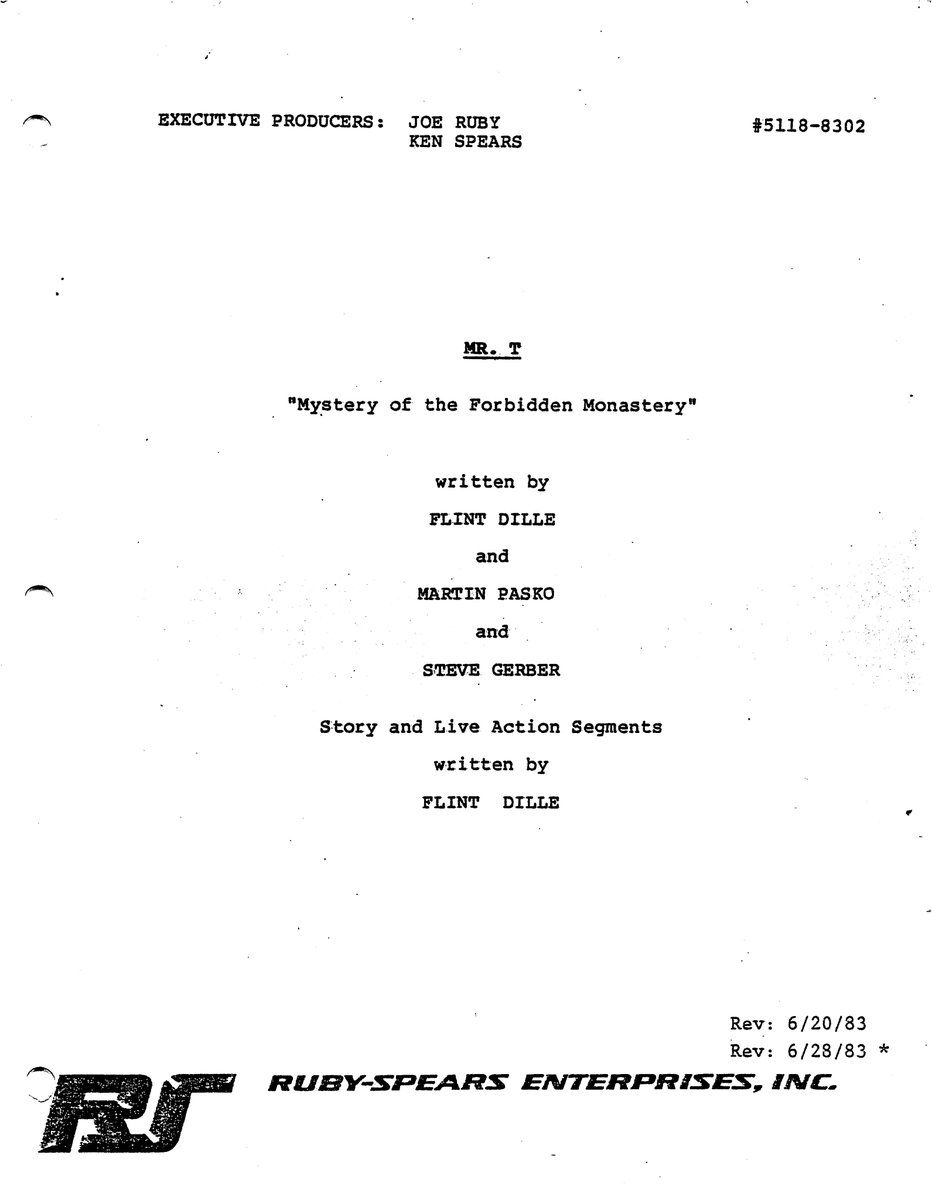 Citizen
Got a whole load of Visionaries material up for reading. The show bible, three of Flint's unproduced scripts and six of his produced ones: 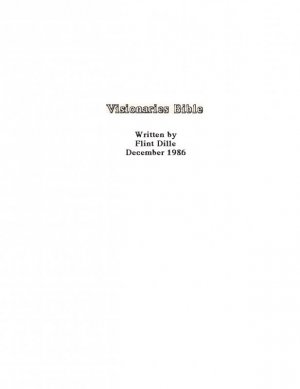 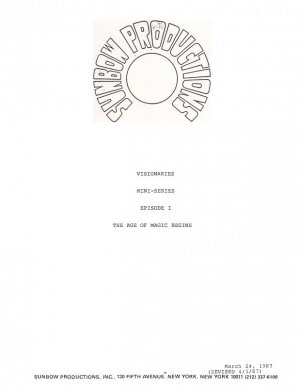 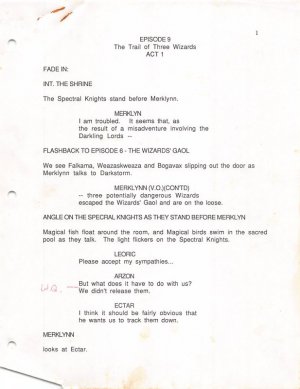 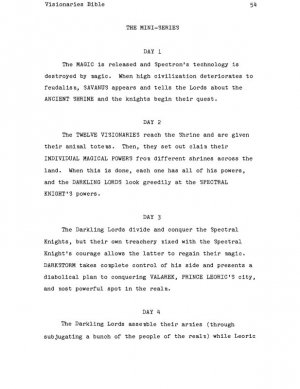 Citizen
Thanks to a bit of judicious screencapping, was able to get the storyboards for Can't Get My Love Together. From the Marv Wolfman-penned Jem episode Broadway Magic.

Citizen
I only recently found out about these, but Marvel Productions, in association with the Learning Corporation of America, put out a series of four direct-to-video mini-specials featuring Spider-Man in 1990. They were animated by AKOM and look to have the Spider-Man character design based on the two 1981 animated series. One episode has been uploaded, although the others remain lost at this time.


This was the first time Spider-Man had appeared in full-length animation since 1983 as Marvel Productions infamously struggled to get anyone interested in actual Marvel Comics-based animation for the remainder of their existence. This series is also the only time a Marvel Productions series actually featuring Spider-Man appropriately used their CGI Spidey logo from the beginning.

There are some familiar names in the credits, although certain others look like they're probably pseudonyms.
G

Citizen
Most of the production staff are names I recognise (Some of those who had lost their jobs in the Marvel Implosion of 1988 had found their way back by this point). But I don't recognise a single voice actor name.
G 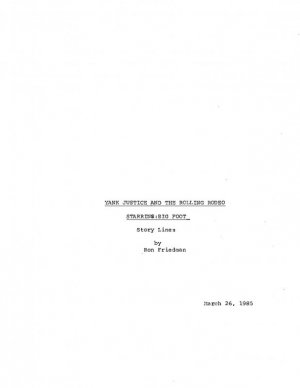 Citizen
Since I figure that if I want people to read the Bigfoot stuff, I'd better explain what it is. Here's the article I wrote up for the January update: https://sunbowmarvelarchive.blogspot.com/2022/01/january-2022-update.html

First up is material from the Flint Dille Collection, supplied by owner Steve Chu. Concerning the "forgotten son" of Super Sunday: Bigfoot And The Muscle Machines.

SST Muscle Machines was a toyline of battery-operated monster trucks, first released by Milton Bradley subsidiary Playskool in 1983. Starting out with the titular Big Foot - licensed by Bob Chandler, owner of the real-life vehicle.

In 1984, Playskool added licensed trucks Orange Blossom and Black Gold to the toyline, along with several other accessories. That year, Hasbro bought out Milton Bradley, thus acquiring SST Muscle Machines.

1984 also saw the debut of The Transformers on weekend syndication, to huge ratings. Seeking to keep those weekend ratings going as Transformers was scheduled to make the jump to weekday afternoons in the 1985 season. Griffin-Bacal introduced the Super Sunday concept: A trio of five-part miniseries, broken down into their individual 7-minute Acts and aired as an anthology series over 15 weekends. With plans to re-edit those 15 shorts back into TV movies for syndication and home video release.

Ron Friedman was tasked to develop a show to promote the SST Muscle Machines toyline. On March 5th, 1985 he turned in a "beats" outline and character lineup. Detailing a group of drivers and mechanics led by Yank Justice, known as the Rolling Rodeo. The story would detail the Rodeo's run-ins with the corrupt Judge Skullheart who practically controlled the county through bribery, extortion and abuse of power. Along with his rogue's gallery of sheriffs, biker gangs, mercenaries and other hired thugs.

Included with this outline are three additional story premises. As well as plot breakdowns and character summaries written up by Elise Goyette, Production Co-Ordinator for Sunbow in New York 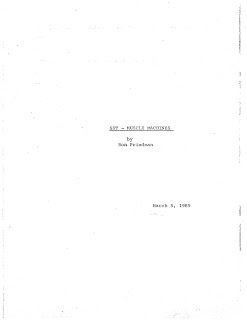 Evidently, Hasbro and Griffin-Bacal were not impressed by Friedman's creation. He was apparently told to go back to the drawing board. Coming up with a second outline and a brand new story set-up, on March 26th. 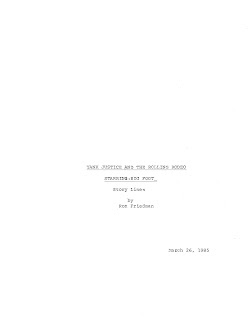 It is unclear whether this outline was satisfactory either, as Friedman was tasked to immediately start work on his second attempt at a screenplay for The Transformers The Movie. Which would be listed as "complete" on April 27th.

In the interim, retail orders for the SST toyline in 1985 (which introduced the "funny car" War Lord) were evidently low enough that Hasbro decided to scale back their investment, cutting the supporting cartoon down to 9 segments. Flint Dille was tasked to create a new miniseries. Retaining the Friedman-created characters of Yank Justice, Professor D, twins Red & Redder and Close McCall. He wrote a brand new story detailing the Rolling Rodeo's entanglement with an archaeologist on the run and their battles over a mysterious map. Sought by the reclusive, elderly billionaire Adrian Ravenscroft in his quest to find the Fountain Of Youth.
The miniseries was released on VHS as a 53-minute movie, but has never received a DVD or streaming release.

At time of writing, no material from the Flint Dille 9 segment version is available for public viewing.
Click to expand...