Citizen
The intro's out.

Citizen
Something about the way it leads into the drums at the start doesn't really jibe well for me. Other than that, not bad, and I could pick out bits of the TOS theme being remixed into it.

Staff member
Council of Elders
Citizen
That intro was awesome!

DefaultOption said:
The intro's out.

Looking forward to this show a lot. Also impressed they worked a bit of the Next Gen theme in there.

Though, weirdly enough the drums gave me an unexpected Doctor Who vibe, which I appreciate.
A

Citizen
Loved it. It's like they took everything I've wanted Trek to be since DS9 ended and blended it into one delicious coctail.

Citizen
I didn't hate this first episode! That was a nice surprise.

I hated things ABOUT it. I think having two relatives-of-established-characters is just a timebomb waiting until the day comes when they do something stupid with it. I'm not thrilled with Pike knowing about his eventual accident (which I know they inherited from Discovery). I think Chapel should've just been a new character.

But it was a self-contained story that wasn't resolved with, like, a sword fight or something. So, progress!

Citizen
Up until a few hours before broadcast, I wasn't even sure if I was going to watch it. I'd bailed out of Discovery at the start of S4, and Picard S2 back in episode 6, and reading the synopses just made me disappointed at the state of live action Star Trek in general.

But, I decided to PVR it, and watched it at the end of last night, and it was....fine. The story was fine, and the characters are fine. Nothing blew me away, but it wasn't terrible, either.
There were a couple of nitpicky things, like why there's only three people on a Saladin class ship, how a "21st-century" society sussed out how to make a warp reactor in the span of about three months with basic scans, and what exactly a "warp bomb" is, but I suppose it's all pretty minor since none of it will come up again.

I'll keep on it to see where it goes and decide from there.

Citizen
Haven't seen it yet, but 'not bad' seems like a good start.

Citizen
Now that's more like it. Yeah, there were a few things I didn't quite like, but they were mostly 'that's not how it was in TOS' nits. In spite of myself, I found myself liking the genetic disguises, Jess Bush manages to make it charming (and someone elsewhere mentioned the Loque'eque as a possible origin, which probably wasn't what SNW had in mind, but works well). Anson Mount continues to be fantastic, and almost managed to do the speech at the end without making me roll my eyes. Looking forward to seeing more from the rest of the cast too, everyone got at least a nice little moment to shine. New uniforms are good, the sets look better than they did before, nobody cried. A great start.

Citizen
I laughed out loud at the Kirk fakeout.

Citizen
My LOL moment was Spock screaming himself back into a Vulcan.

Citizen
Honestly, this episode gave me all kinds of warm feelings. I am super stoked to see what's next.

Citizen
It would be a stretch to say that I have ever really been even a casual Star Trek fan, but I enjoyed some of the Marvel books back in the 90s (probably? What is time?), particularly... uh... the one starring Pike. Haven't seen any of Discovery but gave this a shot Because Pike, and I really enjoyed it. Seems like a good cast playing fun characters.

Staff member
Council of Elders
Citizen
Man what a great episode. I know it was a.. long road.. to get to a Star Trek series that feels like Star Trek, but I'm pretty stoked about it. They took a lot of criticism to heart when it came to updating to 21st Century production values while respecting the setting look and feel of that era. The communicators, the tri-corders, the jelly buttons on the bridge. Fantastic.

The quick fake out at the beginning with the "aliens" seeing the visitors to their planet was cool. There were probably better ways to explain how they got a hold of some warp tech without trying to shoehorn the Discovery reference in there (like they could have just said a ship crashed and reversed engineered it) but it was okay. It just added uncessary extra steps. They also didn't really properly explain why there were only 3 people on that entire ship and why they were all down on the planet and how they got captured. Not a huge deal since we can fill in the blanks about the capture, but you'd think there'd be an actual crew on the Archer.

I also like that the episode mirrored the theme of The Day The Earth Stood Still that Pike was watching at the front. A few minor stupid things like the beaming the formula onto Spock's eyeball... but it's not like pulling weird stuff out of their ass isn't something we haven't seen a million times only to never see again.

All that said, I think it was a solid 8/10. Fingers crossed they aren't just doing this as a bait and switch by having a really strong start that everyone can love and then proceed to start tripping over itself with pointless writing that can make no sense as the series progresses. Being an episodic show makes it less likely that can happen, thankfully.

Citizen
I was kinda expecting General Order 1 to be handwaved off as "their culture was already contaminated," but I guess tying it to Burn Before Reading level classified Discovery stuff made sense too, and at least was a new way to get out of jail free for violating GO1.

Citizen
This is a really great example of why Lower Decks rubs me the wrong way. 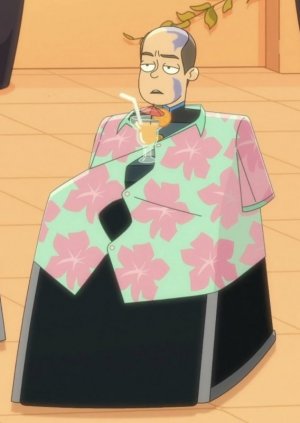 Which very much is not.

Citizen
I've watched a couple of Lower Decks clips on Youtube, and I'm not interested in going any further. A show taking the piss out of Star Trek stuff could be fun, but when it's being made by the same people who are making regular Trek stuff I don't enjoy, I'm just not feeling it.